US housing market: where does it go from here

Many prospective homebuyers have been disappointed with the real estate market this year. The price of homes, and mortgage rates have risen much faster than expected despite already being at all-time highs.

Others, who have been unable to afford homes due to rising costs, have given up their home search completely.

The housing market is slowing as recession fears loom for the larger economy. Construction is stalling, and new construction sales are down. Existing home sales have declined and are trending below levels of 2019. The number of mortgage applications has fallen to its lowest level in 22 years because mortgage rates remain above 5%.

Despite this, economists believe that affordability will remain a challenge for the rest of the year as neither home prices nor mortgage rates fall. Prices are still rising by double digits yearly, despite a slowdown in price gains. Mortgage rates are expected to remain volatile for the foreseeable future, as the Federal Reserve hiked interest rates again this week.

As Skylar Olsen, chief economist at Zillow, explained, “affordability in the housing market today is the number one issue, and higher rates will only make it worse.” 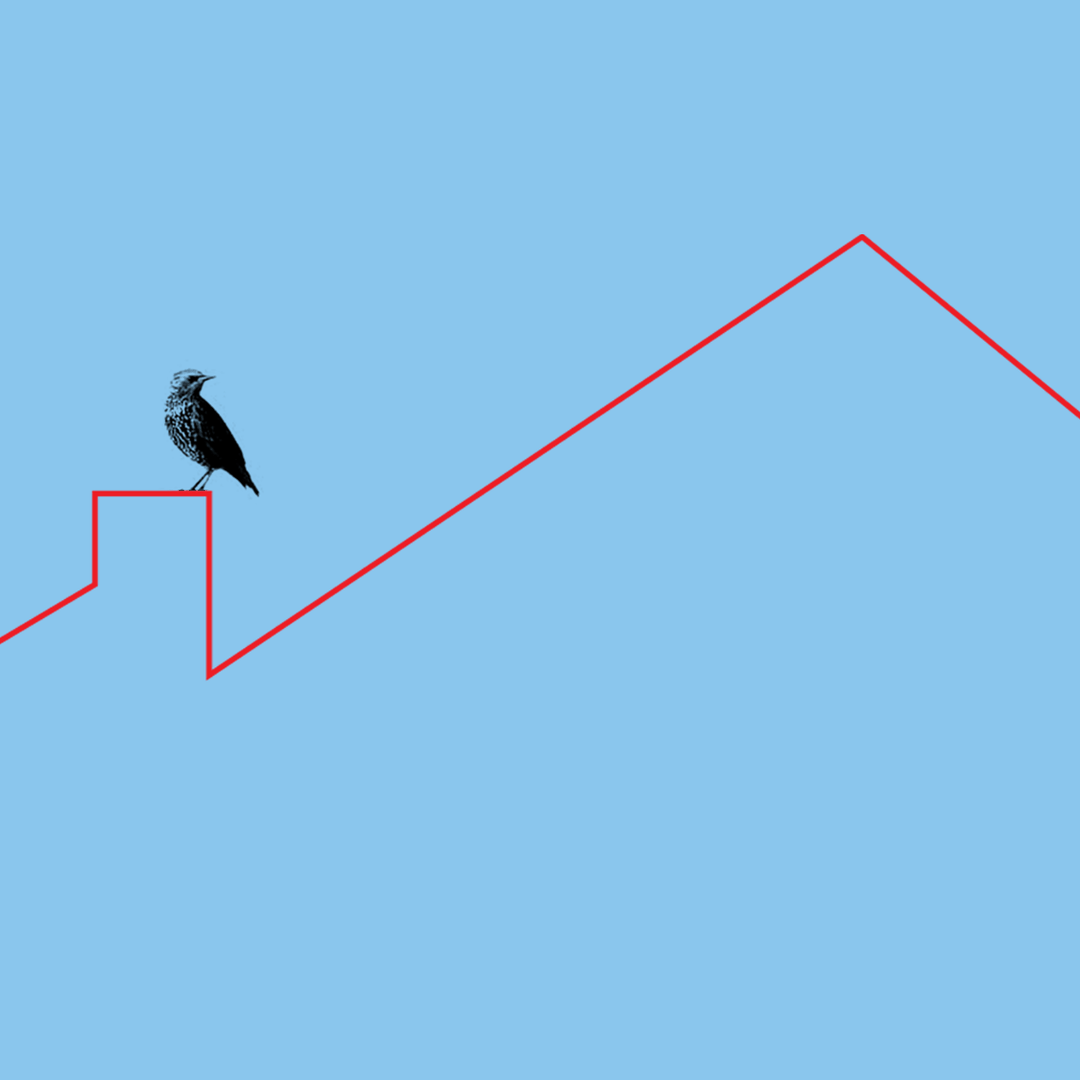 Those looking to buy a house were surprised by the rise in mortgage rates in the first half of the year. In June, Freddie Mac reported that interest rates for 30-year, fixed-rate mortgages had reached a high of 5.81%, up from 3.22% in January. Recent weeks have seen average rates settle around 5.5%.

Lawrence Yun, the chief economist says someone buying the same house today will see a 50% increase in their monthly payment. Home buyers are frustrated this year because their incomes haven’t increased by 50%. This year, they are sceptical that they can afford a 6% mortgage.”

Nearly 15% of homebuyers who signed a contract in June backed out because of the high cost of financing. As a result of the pandemic, home sales have all but ceased since April 2020.

Despite this, Yun said the biggest jumps in mortgage rates have already occurred.

Mortgage rates may be peaking, he said.

The Fed’s current and upcoming rate hikes may have already been “priced-in” by mortgage rates, Yun noted. Once mortgage rates become more stable, he expects home sales to normalize and mortgage rates to settle near 6% by year’s end.

There will be an increase in inventory compared to last year.

The slowing market will provide more breathing room for potential buyers to find a home since fewer buyers will be competing with them.

According to economists, home prices reached their peak in the spring and then moderated in the second half of the year. According to Jeff Tucker, an economist at Zillow, sales are below expectations this far into the year.

He said sales volume was much more affected than prices. As mortgage rates rose, buyers soldiered on. This helped keep prices high. However, some buyers stopped buying.”

According to Yun, sales are expected to decrease by about 13% in 2022.

According to Tucker, inventory will continue to rise as sales volumes fall.

Home prices rose due to soaring demand for homes over the past two years. After three years of declines, inventory turned around in June. A year ago, NAR reported 2.4% fewer homes on the market than in June, a 9.6% increase.

There has been a slowdown in price growth lately, however. Compared to June 2021, home prices increased 23%, according to the National Association of Realtors, with median prices up 13.4% in June.

Additionally, new construction home prices are declining. The US Census Bureau report a drop in median new home sales price to $402,400 in June, down from $444,500 in May.

According to Navy Federal Credit Union’s corporate economist, Robert Frick, this is the biggest crack in home-price inflation. Increasing home prices every year prevent millions of Americans from purchasing homes.

Roughly 10% of transactions involve new construction, and 90% involve existing homes. Most of the market isn’t declining in price either.

In addition to more properties with price reductions, Yun believes that homes will sit on the market for long. If a buyer does more research, they may find a home with a lower price or be able to negotiate a better deal.”

It will remain Challenging to afford

According to David M. Dworkin and Bill McBride in a National Housing Conference report, home affordability has been at its worst since 1989.

Mortgages were offered at 1% teaser rates during the housing bubble, but reset to levels homeowners could not afford when rates went up. The interest rates on 30-year fixed-rate mortgages ranged from 9% to 18% in the 1980s, making homes unaffordable.

The researchers wrote that the market in today’s world is not easy. Since 2020, increased demand for housing coupled with supply chain failures has resulted in soaring housing costs.

There’s no sign that this will change by the year’s end.

It is taking builders longer to start new projects as they wait for the current supply of homes to sell.

According to Sam Khater, chief economist at Freddie Mac, homebuyer demand will continue to cool until the market returns to normal, but some people may still find it hard to purchase a home.

Khater said that the Federal Reserve’s actions to address inflation have resulted in significant volatility in mortgage rates and, in turn, in the housing market. As house prices continue to rise at a modest pace, affordability challenges remain, causing the housing market to slow down.

The US economy may enter a recession as mortgage rates dropped last week.

In the week ending July 28, Freddie Mac reported a 30-year fixed-rate mortgage averaging 5.30%, down from 5.54% a week earlier. However, that’s still a significant increase from last year when it was 2.80%.

In mid-June, rates peaked at 5.81%, a sharp rise since the beginning of the year. Concerns about inflation and a possible recession have led to more volatility.

Having made use of the opportunity to work remotely, as well as the pandemic, there is no doubt that demand has increased over the past two years. The market is experiencing deflation as it adjusts to a higher rate environment.”

Investors expected the Federal Reserve to hike rates by 75 basis points at its meeting on Wednesday. In the past month, there have been two hikes of that magnitude.

Borrowers’ mortgage interest rates are not directly set by the Federal Reserve. Instead of following 10-year Treasury bonds, mortgage rates tend to follow 10-year US Treasury bonds, which fell last week ahead of the central bank’s meeting. However, the Fed’s inflation-taming efforts indirectly affect them.

Also, on Wednesday, the Federal Reserve hinted that future interest rate hikes might be moderated.

As George Ratiu, Realtor.com manager of economic research, the statement was welcomed by financial markets because it indicated that the Fed expects inflation to slow noticeably. Borrowing costs, including mortgage rates, are expected to rise due to these measures.”

Ratiu predicted that credit card interest rates and new car loan interest rates will rise over the next few billing cycles as a result of the Fed’s increase.

The rates on adjustable-rate mortgages would increase for borrowers who have them or are planning to sign up for them shortly, he said.

Financing a home is becoming more expensive. Due to inflation and rising borrowing costs, buyers are finding homes even less affordable.

For a house priced the same today, the average monthly principal and interest payment for a homeowner is $1,733. Each month, that’s $451 more.

Demand among buyers has slowed since the cost of buying a home has increased, and many sellers see their properties on the market for longer periods.

Those motivated to sell are turning to price reductions, Ratiu said. As the fall and winter seasons approach, we can expect the rebalancing of housing markets to continue.

Inflation will be tamed by reducing demand through the Federal Reserve’s actions.

The number of home sales is declining in June, though home prices continue to rise.

According to Joel Kan, MBA’s associate vice president of economic and industry forecasting, households are hesitant to enter the market due to economic uncertainty and affordability issues.

Instagram: A beginner's guide to the wildly popular photo-sharing app