What Went Wrong With Paytm In the Last 2 Years?

One97 Communications, which does business as Paytm and delivers digital financial services, reported a bigger disaster for the 3 months that ended in September 2022. Company losses totaled 472.90 crore Indian rupees over the same period last year.

Nevertheless, it saw a successive lowering of its net deficit. The biggest fintech business in India is estimated to lose 644.4 crores over the course of six months.

The company claims that a rise in loan disbursements conducted using our network, growth in monthly bills as a consequence of a boost in MTU, and growth in merchant membership revenues were the main drivers of the income. The street predicted the provider of financial services and digital payments to show a 62.4% YoY increase in revenue and a net loss of Rs. 596 crores.

Financial services and other business revenue was $349 crore, up 293% YoY, and now represents 18% of total revenue (up from 8% in Q2FY22), according to the company. Fees earned from securing new loan capital and dispersing those funds contributed immensely to this expansion.

The GMV was 3.2 lakh crore in Q2 FY23, up 63% YoY. GMV increased by 8% on a quarter-over-quarter basis, with the growth in offline retailers and an increase in GMV from online merchants—primarily e-commerce—due to holiday sales.

As a cashless alternative for cell top-ups and bill payments, Paytm was established in 2009. In 2014, the wallet industry was formed. Over time, the company gradually incorporated more digital services to develop into the full-stack fintech company it is today.

The business of Paytm expanded rapidly after the demonetization in November 2016. Indians were drawn to the Paytm app by its founder Vijay Shekhar Sharma’s timely marketing campaign after they experienced fruitless lines at banks for cash.

It also sparked a wave of investment in the business. Several investment rounds have seen Paytm collect large sums of money from renowned investors including Ant Financial, Softbank, Blackstone, Berkshire Hathaway, and SAIF Partners. Paytm raised a total of Rs 19,000 crore between its founding and the financial year 2021, according to Macquarie, and has racked up losses totaling Rs 13,200 crore. The money burn is clear.

Undoubtedly, the Initial Public Offering (IPO) gave some investors the chance to sell their holdings. Nearly half of the Rs 18,000 crore raised through the IPO went to existing investors who sold their shares. 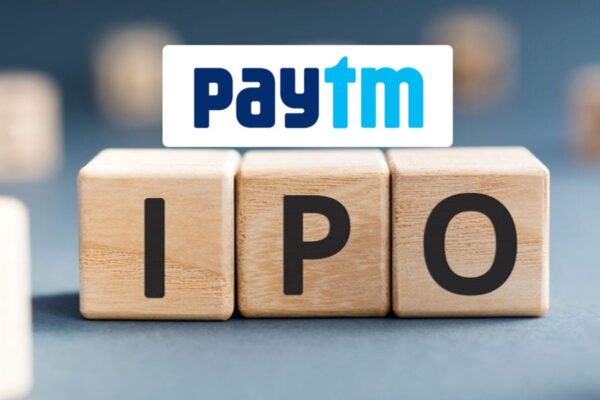 Let’s look at the factors which led to the downfall of Paytm:

In a statement on Friday, the RBI ordered Paytm Payments Bank Ltd (PPBL) to suspend onboarding new customers in accordance with section 35A of the Banking Regulation Act, 1949. In addition, the firm has been told to hire an IT auditing firm to execute a comprehensive System Audit of its IT infrastructure.

According to the RBI, the limitations won’t be lifted until the audit report has been examined. Paytm Payments Bank declared that it was acting immediately to comply with RBI directives and was coordinating with the watchdog to resume fresh account creation. It has stated that current customers of their payments bank will have a smooth experience.

The payments bank has already come under close examination by the RBI. In November 2021, PPBL received a Rs 1 crore fine for discrepancies in regulatory compliance data. The central bank claims that when it examined the PPBL’s request for the issuance of the final “Certificate of Authorization” (CoA), it found that the provided material did not match the “factual position.”

Due to supervisory concerns, the RBI forbade Paytm Payments Bank from creating any new accounts in June 2018. In December 2018, these limitations were removed. Madhavan Narayanan, a seasoned business journalist who purchased Paytm shares around the Rs 900 level, believes that this is standard practice.

He pointed to the RBI’s eight-month moratorium on HDFC Bank issuing new credit cards in 2021 as evidence that “it is usual for authorities to crack down on some of the issues relating to technology.”

Paytm launched India’s largest-ever IPO in 2021, raising 18,300 crores at a valuation of almost $20 billion, making history in the process. There was a lot of anticipation because Paytm was following the success of Zomato and Nykaa’s initial public offerings, which both nearly doubled the money of their investors.

The stock prices of Paytm, on the other hand, were down 27% the day they were launched on the Indian stock exchanges, and as of the time I was making this movie, they had dropped more than 70% from their IPO price. Paytm’s first public offering (IPO) received just 1.89X more interest than Zomato and Nykaa, which were both oversubscribed 38X and 82X, respectively. And there was the initial indication that perhaps Paytm had underestimated the extent of public love for the brand. The secondary shares made up the remaining 10,000 crores, though. This indicates that someone else, a shareholder in Paytm, has formerly owned these shares and is using the IPO as an opportunity to sell them. In other words, the majority of Paytm’s first public offering (IPO) shares were virtually produced by old investors leaving the company.

The ownership of Paytm, notably the nationality of some of the company’s key players and what that represented, was a further variable in this situation. See, before the IPO, Alibaba and Ant Group each owned 6.8% and 27.9% of Paytm, respectively. Ant Group in particular sold shares worth 5,000 crore, which is equal to half of all secondary shares that Paytm was contributing to the general public.

Paytm was prepared to profit from the demonetization, which occurred in November 2016. Their user base improved from 125 million to 185 million in three months, and by the end of November 2017, a year after the demonetization, they had 280 million users on their platform. Paytm was doing well, but they didn’t realize how vulnerable their wallet business was, or perhaps they just didn’t want to admit it.

All it would take would be a substitute that didn’t require the extra step of setting up and funding a wallet, and Paytm would be rendered obsolete. And indeed, that is what took place. Using QR codes and UPI IDs, customers were able to complete transactions without the usage of wallets by making payments directly from their bank accounts.

A significant piece of Paytm’s business was abruptly destroyed, and while they have since given in and entered the UPI market to compete with companies like Google Pay and PhonePe, they have also had to start looking for new revenue streams.

The recent arrest of Paytm CEO Vijay Shekhar Sharma by the Delhi Police for allegedly driving a car into the vehicle of a Deputy Commissioner of Police (DCP) on February 22 is another occurrence that might be impacting market sentiment. He was arrested for reckless or careless driving in accordance with IPC section 279 and later released on bail.

According to the First Information Report (FIR), outside The Mother’s International School on Aurobindo Marg in New Delhi, DCP (South District) Benita Mary Jaiker’s car was struck by a Jaguar Land Rover that was reportedly being driven by Sharma. Paytm owns the remaining 49 percent of Paytm Payments Bank, with Sharma owning 51 percent of the company.

Although Paytm is no longer a startup, Narayanan believes that such an incident shouldn’t have an impact on the stock price because “Paytm has passed the stage where its share valuation should be determined by an individual’s actions.” This is because of the company’s size and significant investor base. Now, it is important to emphasize that things haven’t been all horrible at Paytm. Yes, they are involved in several loss-making ventures, but one of them, Paytm Payments Bank, has been steadily profitable and growing for the past three years. Alibaba and Ant Group, their Chinese backers, still own a 31% stake in Paytm, with a 15% stake in the Paytm Payments Bank.

And this is a big cause for concern because the RBI just recently barred Paytm Payments Bank from accepting new customers in March 2022. Paytm’s stock dropped 14% the day after this news broke, and a Bloomberg report later asserted that RBI had penalized Paytm Payments Bank for disclosing customer information to its Chinese investors.

Paytm currently lacks a clear game strategy and is attempting to convert its massive user base into paying consumers. Although they have grown into consumer loans, gambling, online wealth management, and insurance, investors may not view these as smart moves and may instead perceive Paytm as tossing stuff at the wall to see what sticks.

Investors can therefore detect desperation. The Macquarie analysis states that Paytm still spends about $2,613 to acquire each new user but only makes $556 from them throughout their lifetime value. They seem to have no idea how to resolve this issue because they are spending more than four times what they are making from customers.

What went wrong with Byju's in the last two years?

Tata's Bigbasket plans to go public by 2025 after raising $200 million.