In India’s telecom sector, the prolonged and ruthless destruction of capital was just beginning to give way to a time of calm and harmony.

The three operators who made it out of the dozen who were on the scene in 2016 must have been relieved that the crippling pricing war was over. The next round of investment would be supported by steady market shares and respectable per-user income.

So you can understand the worry that arose when it was announced that billionaire Gautam Adani, the owner of a port and an airport who has up till now had no involvement in the telecom industry, will compete for the 5G spectrum in this month’s auction.

Another businessman, Mukesh Ambani, upended the Indian cellphone industry six years prior with his low-cost data and free calls. He currently has 410 million users and is the market leader. Add services like digital advertising, e-health, and mobile education to basic telecom income, albeit the main benefits won’t come for a few more years.

According to Jefferies, Ambani’s Jio Platforms Ltd. is a $95 billion company overall, 17% larger than the hydrocarbons business he inherited from his father and in which Meta Platforms Inc. and Alphabet Inc. are investors.

Should Ambani get ready for an Adani attack right away? They are rivals who have so far been able to orbit in different hemispheres. Ambani increased the scope of consumer sectors like telecom and retail to reduce the group’s reliance on petrochemicals and refining. In the areas of transportation, coal, and electricity, Adani targeted industrial and utility-scale clients. However, their goals now overlap, for instance, in media and renewable energy.

See also  Ola will lay off 1,000 employees while aggressively hiring for its EV business.

Analysts at Motilal Oswal in Mumbai claim that the Adani group has a “consumer propensity” that may go beyond simply owning the most popular brand of edible oil in the country. Could the world’s two richest people use telecommunications as a battlefield?

The Adani group rejects any such proposals. Analysts are divided on whether a battle for the industry is worthwhile. According to Bank of America, given low tariffs, little potential for differentiation, insufficient spectrum, and subpar returns on investment, there is no sustainable economic case for any non-4G telco in consumer mobility.

Both Jio and the number two company, Bharti Airtel Ltd. NSE-1.22 percent, are financially sound. Vodafone Idea Ltd. NSE-0.57 percent avoided bankruptcy or a slump sale thanks to a state-backed rescue, as many other companies did.

Even if Adani chooses to acquire the ailing No. 3 player and launch a full-fledged telecom entry, it will still need to spend billions of dollars on capital projects to make up for the telco’s lost investment. 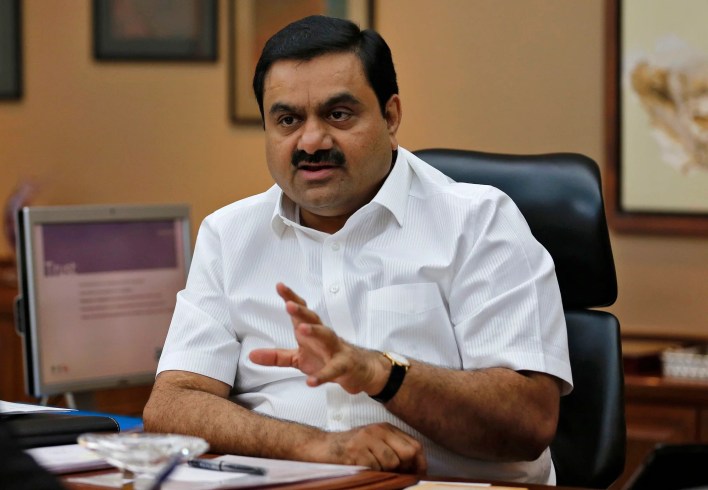 For what purpose? Just $2 per user per month is what Jio is now earning. The loan financing that powers the Adani juggernaut doesn’t seem to be being utilized effectively. Bank of America analysts claim that the enterprise market is the only one with potential for a new telecom.

That viewpoint does receive some support. For starters, Adani’s big renewable energy push will work well with 5G. There are two sides to the $70 billion investment commitment: Data centres are “the greatest energy-consuming sector to ever exist,” he declared at the Bloomberg India Economic Forum the previous year. It makes sense to pair a high-speed spectrum with a data center.

Other internal enterprises, such as a future super-app, may also benefit. According to a news release, the Adani group is bidding on 5G spectrum to “offer private network solutions as well as increased cyber security in the airports, ports, and logistics; power production, transmission, distribution, and different manufacturing processes.” It further stated that the airwaves acquired through the auction will be used for education, health care, and skill development.

According to statistics gathered by Bloomberg, the second quarter in India witnessed the most M&A agreements ever, totaling roughly $82 billion in spending and completed transactions. Adani added to the craze by acquiring the Indian business of Holcim Ltd. for $10.5 billion. According to Bloomberg News this week, Ambani-backed Reliance Industries Ltd. is one of many bidders for the Indian wholesale business of German retailer Metro AG. The forthcoming 5G spectrum auction in India will feature both businessmen.

Established and well-run businesses in the country will have greater access to capital, boosting their M&A efforts. However, given that investors have become more cautious as a result of increasing interest rates and a declining Indian rupee, transaction activity in India will slow down. The second half’s general transaction momentum is undoubtedly slowing down, which will have an effect on the deal activity as a whole.

The founder and his family recently announced that they will donate 600 billion rupees ($7.7 billion) to the Adani Foundation, the nonprofit organization in charge of leading the social initiatives.

It is still unclear why Adani wants to participate in the auction. His organisation may request to be granted spectrum by the government for 10 years without having to pay any licencing fees or gain access for free because it is a captive non-public network. According to experts at Jefferies, the spectrum purchased through auctions is pricey because it qualifies for commercial services.

It is reasonable to wonder whether this isn’t a backdoor entry into consumer wireless given that Adani is following this approach. Ambani had adopted the same strategy. In 2010, he purchased a tiny, unheard-of business that had shocked everyone by submitting a successful bid to provide broadband internet (but no phone calls) throughout India.

The government approved voice services on the spectrum in 2013, and Reliance NSE 1.11 percent obtained a licence for the whole country. Ambani got his start in telecom in this way. Nothing precludes his adversary from repeating the feat.

Even if Adani puts up a modest performance at the auction, rumours about his true aspirations in the telecom industry will continue.

If a 60-year-old first-generation businessman from Gujarat, Prime Minister Narendra Modi’s home state, wants to target enterprise-level clients, he doesn’t need to spend $4 billion or more to purchase 100 megahertz of spectrum across India. On the other hand, if one wants to enter the consumer wireless market, it is too soon to disclose one’s cards.

Ambani required six years to create his network after acquiring the spectrum in 2010, but he stunned his rivals by doing it. The ultimate objective of Adani could be to profit on bankers’ and investors’ memories of the destruction that occurred prior to Ambani’s entry into 2016. In principle, by keeping investors in the dark about a potentially huge issue, he may increase the cost of finance for the whole business.

Adani may pounce later if capital-strapped Vodafone Idea NSE-0.57 percent succumbs to the prospect of a $2-per-month customer. Nothing is more unsettling for the industry than the knowledge that the hard-won tranquillity is unlikely to persist for very long.

According to the IMF, the global recession risk is increasing as the economic outlook "darkens significantly."