According to the IMF’s chief, the prognosis for the world economy has “darkened markedly” recently, and there is a growing likelihood that a recession will occur in the next 12 months.

According to Kristalina Georgieva, the cost of the living problem was “only going to get worse” for hundreds of millions of people as a result of the shock to commodity prices brought on by the war in Ukraine. In a blog post published the same day, she stated that the most recent data revealed that prices in the US rose at a 40-year high of 9.1 percent in June, and that inflation was also higher than expected.

According to economists and investors, at its meeting in two weeks, the US Federal Reserve board may decide to raise interest rates by a historically large 1 percent. The Reserve Bank of New Zealand and the Bank of Korea also lifted their benchmark rates this week, while the Bank of Canada stunned the markets on Wednesday by raising its base rate by a full percentage point. On Thursday, the central bank of Singapore likewise tightened its monetary policy.

This increases pressure on other central banks to follow suit to contain inflation, along with another projected step higher by the Fed. The uneven pandemic recovery is being hampered by supply shortages and frequent COVID lockdowns in China, according to Georgieva, who said that the G20 finance ministers and central bankers meeting in Bali “face a global economic picture that has deteriorated dramatically.”

“The future is still quite unknown. “Consider how further disruptions to Europe’s natural gas supply might cause many economies to contract and lead to a worldwide energy catastrophe.” This is only one of the elements that might make an already challenging situation worse. “2022 will be difficult, and 2023 may be considerably more difficult due to an increased likelihood of a recession.”

She stated that the IMF, which had previously warned that its initial forecast of 3.6 percent global growth in 2022 and 2023 would most likely be revised downward, would lower its projections later this month.

See also  Through the pandemic, Domino's and McDonald's cut through. Then why have their stocks fallen?

Bloomberg reported on Thursday that the European Commission was expected to lower its 2023 eurozone GDP forecast from 2.3 percent to 1.4 percent, citing a leaked draught from the EU executive in Brussels. According to the report, inflation in the single currency region will typically be 7.6 percent this year before dropping to 4 percent the next.

The European Central Bank is under pressure to hike interest rates to battle inflation and defend the euro, which last week fell to parity with the US dollar for the first time in twenty years. In addition to decreasing government debt and fostering more international collaboration, Georgieva listed rate increases as one of the three crucial measures required to counter the danger to the global economy.

However, boosting interest rates is a high-risk move for many nations given the growing concern in the UK, for instance, that the Bank of England’s aggressive rate increases may send the nation into recession. The same problem affects EU nations at a time when the region confronts a possibly life-threatening energy crisis this winter if, as predicted, Russia cuts off the flow of natural gas due to the bloc’s resistance to the Kremlin’s conflict with Ukraine. 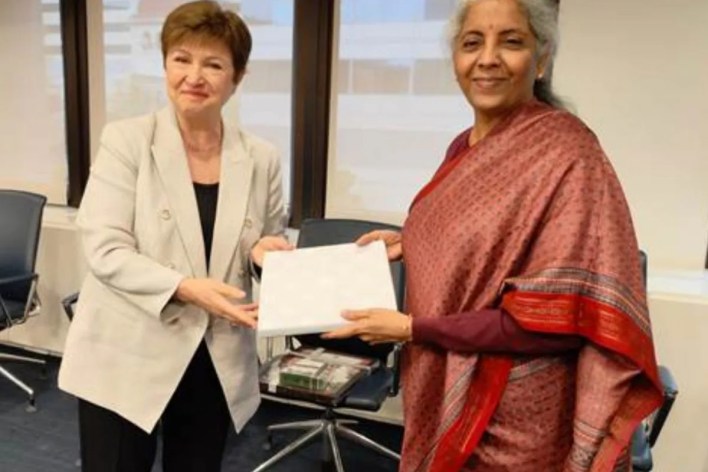 Collaboration that is “multilateral”

After a decade of low inflation, prices have risen significantly due to strong consumer demand that has outpaced supply as economies have started to recover. However, the Russian invasion of Ukraine in late February and the sanctions imposed on Moscow have caused sharp increases in fuel and food prices.

Major grain producers, Russia and Ukraine, both have reduced their natural gas exports to the area. Russia is a significant energy supplier to Europe. Making policy has also become more difficult as a result of inflation. Major central banks are hiking interest rates to control inflation, but doing so raises borrowing costs for developing and emerging countries, which already have heavy debt loads.

Despite the possibility of a recession, Georgieva argued that combating the price increase is essential. “Taking action now will cause less harm than waiting.”

Top goals include mitigating the impacts of the conflict and the epidemic, which, according to her, can only be done by “multilateral” financial help and debt relief. Particularly in growing and developing economies with obligations denominated in foreign currency (FX), which are more susceptible to tightening global financial circumstances, debt reduction is an essential imperative. 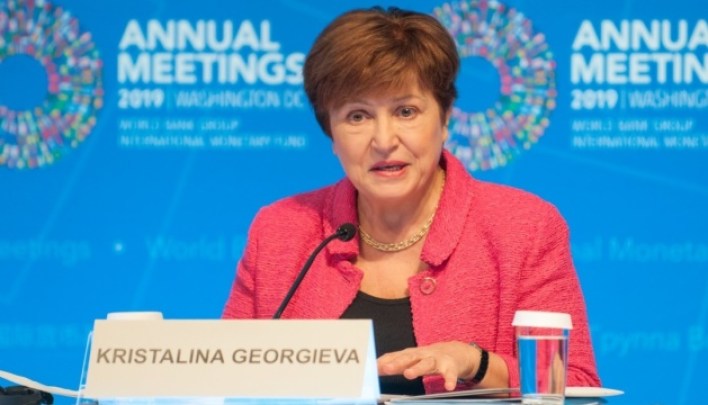 Georgieva emphasised that reducing inflation was of utmost importance, especially through reductions in government spending that would support central bank initiatives. She urged the G20 to promote “coordinated worldwide action,” including richer nations’ giving crucial help to less developed ones.

Due to financial pressures, the majority of the world’s countries are “totally shut out” of global markets and lack the safety net of a sizable local market, Georgieva said. They are requesting decisive action from the international community to help their people. This is a call that we must answer.