The holding corporation for the airline group of Capital A, AirAsia Aviation Group Limited, which was formerly known as AirAsia Investment, a division of the AirAsia Group in Malaysia, announced to the stock exchanges on November 2nd that it had sold its remaining stake in the airline’s operations in India to Air India. It may be mentioned that Air India is owned by the Tata group.

This confirms that Air India has signed contracts to finalize the acquisition of a 100% stake in Air Asia India (AAI) and to subsidiarily own it.

Given its extensive network and significant presence in the region, the agreement came after AirAsia was able to review its strategic goals and concentrate on ASEAN as it made its strongest-ever return to the skies following the pandemic. 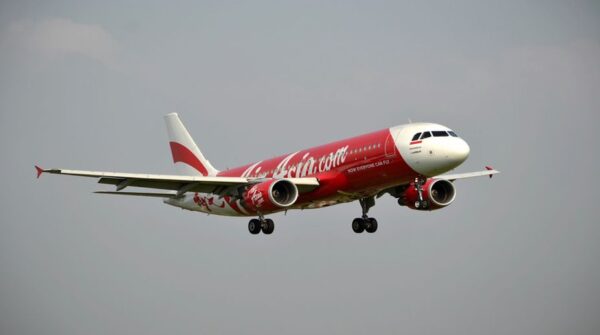 AirAsia Aviation Group’s Group Chief Executive Officer, Bo Lingam said that it was not the end of their relationship, but rather a beginning of a new one.

AirAsia Aviation Group’s Group Chief Executive Officer, Bo Lingam in a statement said that AirAsia, one of the largest markets for civil aviation worldwide, has established a successful business in India since the start of its operation in 2014. He added that their interactions with India’s leading Tata Group were a good experience.

Lingam further said that it was not the end of their relationship, but rather a beginning of a new one as they looked into fresh and exciting chances to work together and improve their synergies going forward.

The firm disclosed that it had sold Air India Limited the remaining 16.33% of AirAsia’s equity shares, a division of Tata Sons Private Limited, after the announcements that the firm made on December 29, 2020, and January 5, 2021, about selling 32.67 percent of the equity shares in Air Asia India (AAI) with Air Asia Aviation Group Limited (AAAGL) receiving $37,660,000 in gross proceeds.

Meanwhile, the company stated in a statement that all necessary consents and regulatory permissions had been taken. Gross profits of Rs 1,556,487,800, or $18.83 million, are expected for AAAGL. Due to Capital A’s marking of the remaining 16.33% of AAI to its fair value, there will be no loss or gain on the disposal.

In the course of the joint venture’s operations, AAI has been served with a few notices by the Indian tax authorities.

Notably, during the course of the joint venture’s operations, AAI has received a few notices from the Indian tax authorities. The corporation has stated that it, together with its affiliates, would cooperate with AAI to contest these notices.

Additionally, the deal will not affect the ownership of major shareholders or the capitalization of Capital A shares, and it is unlikely to have a substantial influence on the company’s earnings per share net assets per share or getting set for the fiscal year that ends on December 31, 2022. Additionally, the cash balance of AAAGL will increase by the same amount as a result of this disposal process.

After the transaction is complete, AAAGL will no longer own any stock in AAI, and unless otherwise specified by AAI, the brand licence and technical services agreement between AirAsia Berhad and AAI will expire 12 months from the day that the parties’ shareholders agreement was terminated. 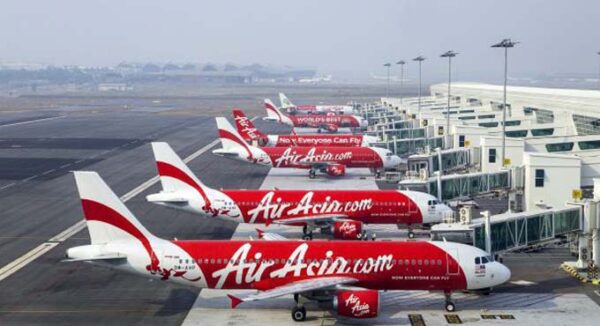 According to Air India, a process of operational evaluation is now ongoing with the aim of eventually fully merging AAI with Air India Express (AIXL).

According to Air India, a process of operational evaluation is now ongoing with the aim of eventually fully merging AAI with Air India Express (AIXL). The carrier, in a release, said that as part of the restructuring roadmap for the Tata group’s airline business, the two low-cost carriers would merge. This move is anticipated to benefit customers, costs, revenue, and operations through broader adoption of each airline’s best systems, practices, and routes, as well as the expanded scale of the combined business.

Besides, a working group has been established, which will be co-led by CEO and MD, of Air Asia India, Sunil Bhaskaran and CEO, of Air India Express Aloke Singh, to examine and carry out the integration of the low-cost operations of AI Group. An oversight committee led by MD & CEO of Air India Campbell Wilson will receive the working group’s findings.

It is expected that the evaluation and implementation of the full integration process of AAI and AIXL, whether through a potential merger plan or otherwise, will take around a year. During that time, network and other synergies will be gradually realized.

Wilson, commenting on the development, said that they are thrilled to begin the formation of a unified Air India Group low-cost carrier. And it is a crucial step in the transformation and rationalization of the Group, and they will collaborate closely with the staff and management teams throughout the process. They also anticipate the numerous new opportunities that a stronger AI Group low-cost carrier will present to both customers and employees.

Notably, on January 27 of this year, through its wholly-owned subsidiary Talace, Tata Sons purchased Air India for Rs 18,000 crore in equity and debt.

With a total market share of 5.7%, the fifth-largest airline operating in India was Air Asia India. After being acquired by Tata-led Air India, the company will hold a combined 15.7% of the domestic passenger market.

Unacademy reduces employment by 10% as the edtech financing crisis worsens.

US tech layoffs increase as the world faces a severe recession