Accordingly, the OnePlus 10R meets OnePlus’ mantra of ‘flagship killer’ simply because it comes with many features and is also a good value. Two variants are available – an ‘Endurance’ edition with a smaller 4,500mAh battery and 150W fast charging functionality and a ‘base’ model with a 5,000mAh battery and 80W fast charging. Due to the bundled yet chunky 160W charger, the Endurance edition is said to charge completely in about 20 minutes.

The premium editions come with a MediaTek Dimensity 8100-Max chipset and an OIS-capable primary camera. There may be a perception that the phone is an excellent choice for users who want a fast-charging smartphone with decent cameras without burning a hole in their pockets. At the same time, some buyers may be confused by the OnePlus 10R since the device is essentially a rebranded Realme GT Neo 3, which is cheaper than the OnePlus 10R. 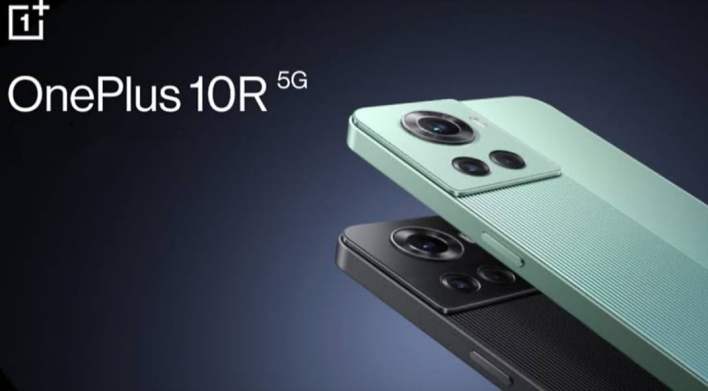 In addition, loyal OnePlus users may question OnePlus’ decision to remove the slider button and use a sizeable generic lens for the back camera. Reviewers will examine the promises made by the OnePlus 10R and whether the regular edition, the Endurance edition, or the more affordable Realme GT Neo 3 is the best choice.

The OnePlus 10R features a plastic finish that may seem sub-standard, especially if you spend over Rs 40,000 on a device. That does not mean the phone looks ugly by any metric, but the build quality raises many questions about its durability. The case is available in matte grey color, and the finish is smooth, which I like.

Overall, the OnePlus 10R is pretty sleek to hold, but the camera bump is significant and may worry some users as plastic material covers it. The lens cover uses glass and is more scratch-resistant. Lastly, there’s no official IP rating for dust and water protection, even at this price point.

The OnePlus 10R lives up to its reputation as an excellent smartphone with a premium display panel. Under bright sunlight, it might not be bright enough, but most users won’t complain much. This is an issue common to OLED panels. With its 6.7-inch Full-HD+ display (2,412 x 1,080 pixels) and 120Hz dynamic refresh rate, this smartphone delivers an excellent viewing experience. Under the display is a fingerprint scanner for biometric security, protected by Corning Gorilla Glass 5. 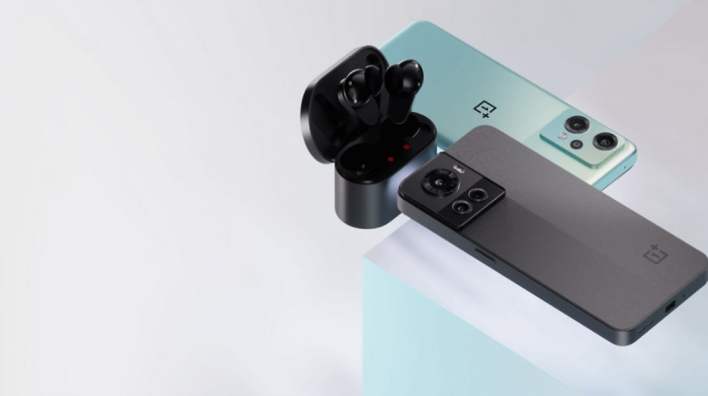 Users can enable one-hand gesture mode in the Settings apps to conveniently use the OnePlus 10R’s big display. If you like watching YouTube or Netflix videos, the OnePlus 10R won’t disappoint you. The 120Hz refresh rate makes gaming smooth as well.

Although OnePlus has rivals like Motorola and Asus beating it on higher refresh rates, we are still waiting for the company to step up its game. Dual speakers with integrated Dolby Vision and Atmos would make gaming and entertainment more immersive and enjoyable.

MediaTek is gradually making inroads into the phone industry, and a MediaTek Dimensity 8100-Max SoC powers the OnePlus 10R. Among mid-budget smartphones, it’s not the most prevalent chipset, so it’s a bit challenging to compare. Benchmarks show that the phone performs well. The Geekbench single and multi-core tests yielded 870 and 3,465 points, respectively.

With an average frame rate of 34, the phone obtained 5,238 points in the one-minute extended 3D Mark Wildlife test. This is quite good compared to its competitors. After 15 minutes of CPU throttling, the OnePlus 10R reached 86 percent. Although the OnePlus 10R features impressive numbers, there is some stutter when switching between heavy apps and games. The phone worked smoothly with the highest settings on the demanding action title Apex Legends. 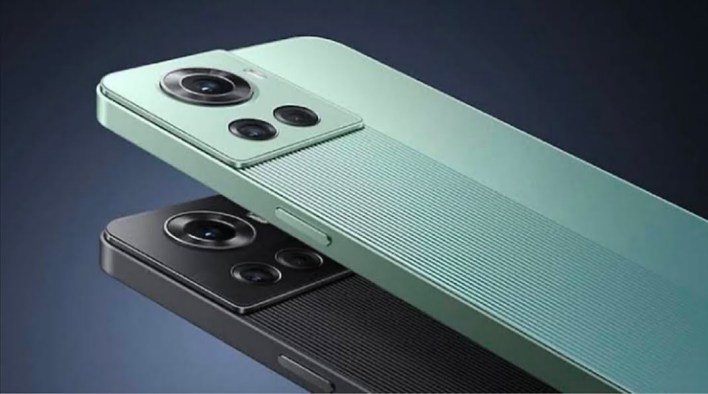 As a result, the phone’s battery became overstressed in just 15 minutes, losing 10 percent of its charge. However, the smartphone’s temperature was generally warm, likely due to Delhi’s weather. OxygenOS 12 runs smoothly on the OnePlus 10R, running on Android 12. Compared to the Realme GT Neo 3, the OnePlus 10R has superior software. OnePlus promises three years of Android updates and very little bloatware on its phones. Bloatware apps and spammy notifications plague the GT Neo 3 device, which is expected to receive Android updates for two years.

In addition to the company’s primary 50-megapixel camera, the OnePlus 10R also features optical image stabilization. Regardless of lighting conditions, most images will appear sharp in bright light, and the majority will notice warmer tones. Regular users will appreciate the boosted skin tones, but I prefer a more natural appearance. Although the primary sensor mainly produces good images, the AI enhances contrast very well.

Low-light conditions will limit you from seeing details with the 8-megapixel ultra-wide-angle camera. A macro camera’s performance may vary from 4cm to 20cm, based on how close it is to the human eye. Most images look flat on the phone’s 16-megapixel front camera. A warm or natural lighting environment also doesn’t allow the OnePlus 10R selfie camera to detect natural skin tone. 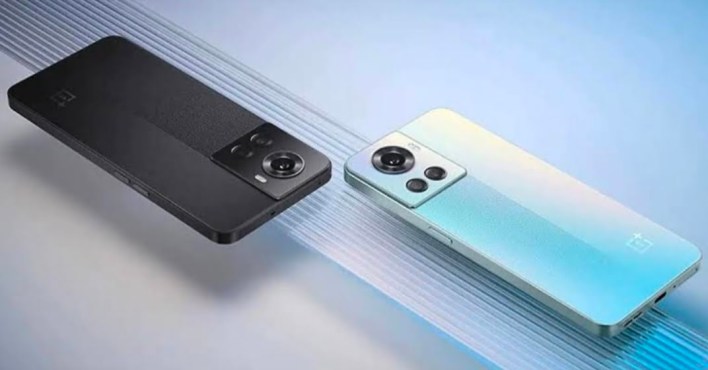 A 4K video can be captured on the OnePlus 10R, but there’s no optical image stabilization. The creators may provide steady clips by using a tripod or gimbal stand. EIS is offered on the front camera, but the AI processing is average and does not provide adequate contrast to the videos.

There are several selling points of the OnePlus 10R, including its battery technology, which allows it to charge fully in around 20 minutes. The Endurance edition is compatible with rapid charging; however, users must enable it from Settings to take advantage of its full potential. It took over 25 minutes for the phone to reach full battery – probably to prevent overheating. Heavy gaming, 120Hz on, and Dark Mode enabled easily lasted an entire day.

We should expect a longer battery life with a 5,000mAh unit in the regular edition. Those who prefer good batteries over good cameras would find that more appealing. As long as the phone fits their budget, most Indian customers wouldn’t care if the OnePlus 10R isn’t the typical OnePlus smartphone. Although the OnePlus 10R is a good phone, I recommend that customers get the regular version with the 5,000mAh battery instead. 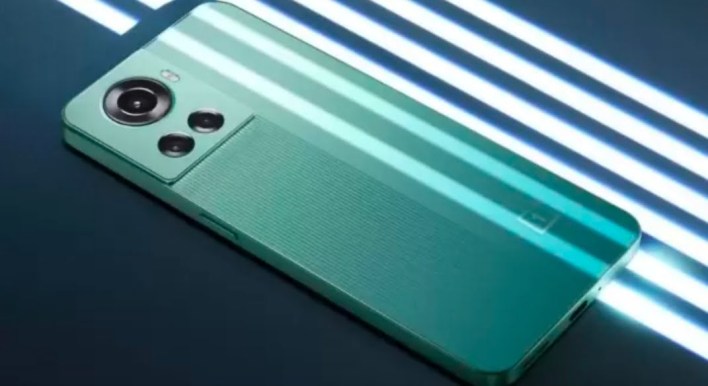 Compared to 150W charging, 80W charging may seem less powerful, but it is still much faster than most of its competitors. The OnePlus 10R is an excellent choice if you want a vivid display and sleek design. An additional factor to consider while choosing a smartphone is the almost clean experience of Android 12. I’d recommend the Galaxy A72 5G if cameras are your priority. Its 50-megapixel camera is superior to some competitors.

Why DGCA Must Suspend The Flying License Of Indigo Airlines, India's Most Unsafe Airline