As central banks from India to the Czech Republic intervene to maintain their currencies, global forex reserves are depleting at the quickest rate ever. The amount of reserves has decreased this year by approximately $1 trillion, or 7.8%, to $12 trillion, which is the largest decrease since Bloomberg began compiling statistics in 2003.

Valuation adjustments alone are responsible for some of the fall. The dollar worth of these currencies’ holdings dropped as the dollar surged to two-decade highs versus other reserve currencies, such as the euro and yen. 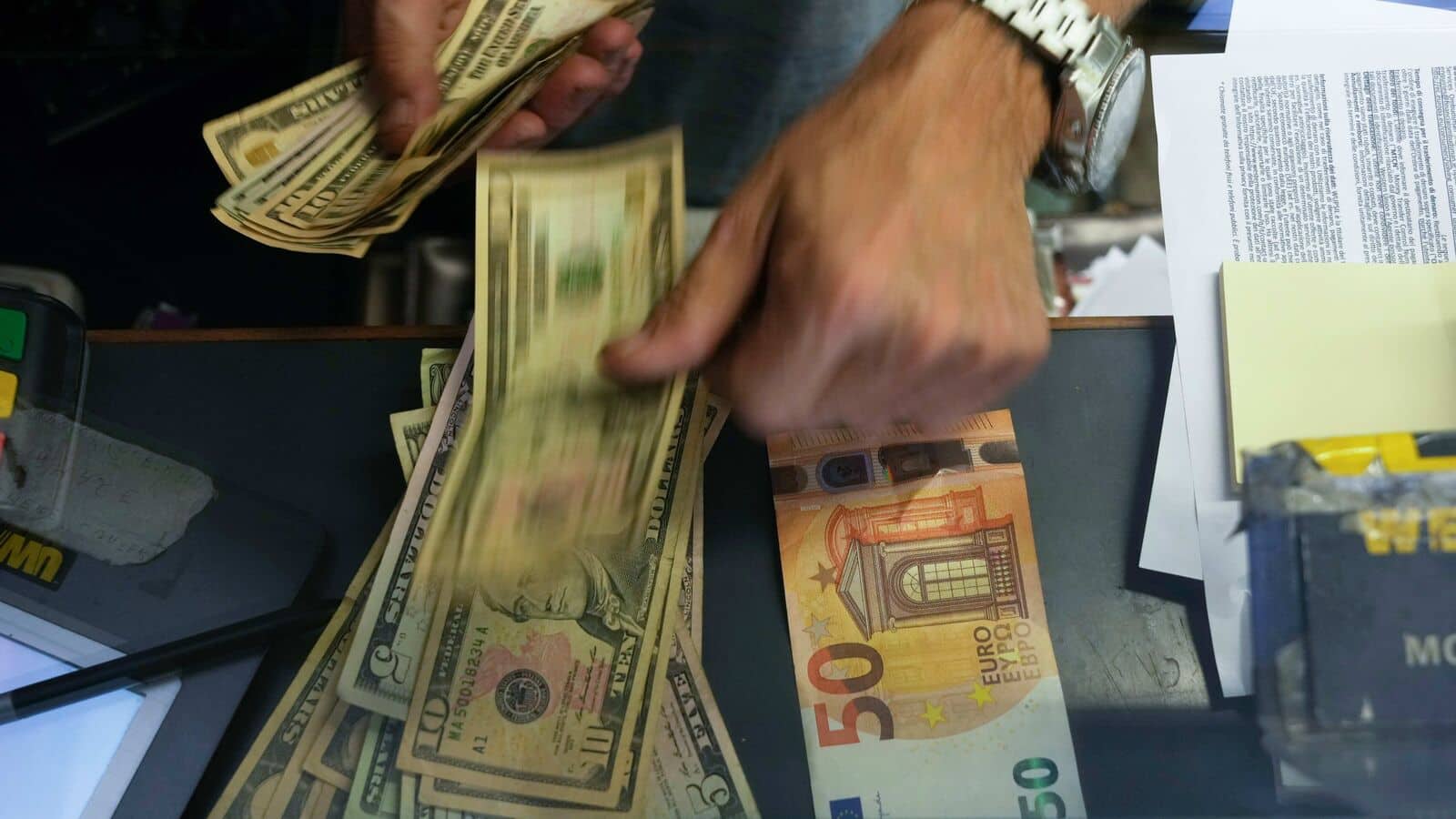 The declining reserves, however, also reflect the tension in the currency market, which is causing an increasing number of central banks to draw from their war chests in order to stave off devaluation. For instance, India’s stockpile has decreased by $96 billion to $538 billion this year. According to the central bank of the nation, asset valuation adjustments are responsible for 67% of the decrease in reserves during the course of the fiscal year beginning in April, indicating that currency intervention accounted for the remaining 35%.

The rupee has fallen 9% versus the dollar so far this year, and last month it touched a record low. Japan made its first intervention to boost the yen since 1998 in September, spending nearly $20 billion to stop the currency’s decline. This would be responsible for around 19% of the reserves’ loss this year. Czech Republic reserves have decreased by 19% since February as a result of currency intervention.

Chief investment officer of Merk Investments, Axel Merk, remarked of the dwindling reserves, “This is all part of the catalog of symptoms of the canary in the coal mine.” “Cracks are appearing. Additionally, the frequency of such warning signs will rise. The practice of utilizing reserves to preserve currencies is nothing new, notwithstanding the unprecedented scale of the collapse. When influxes of foreign money occur, central banks buy dollars and increase their reserves to halt currency appreciation. When circumstances are tough, they use the reserves to lessen the impact of capital flight.

According to Alan Ruskin, chief international strategist at Deutsche Bank AG, “certain nations, particularly in Asia, may go both ways, soothing weakness, and patches of strength.” The majority of central banks still have enough ammunition to continue interventions if they so choose. India’s foreign reserves, which can cover nine months’ worth of imports, are still 49% greater than they were in 2017. On Friday, central banks from countries such as Indonesia, Malaysia, China, and Thailand will publish their most recent data on foreign exchange reserves. However, they are soon running out for others. According to statistics gathered by Bloomberg, Pakistan’s $14 billion in foreign reserves are insufficient to fund three months’ worth of imports after falling by 42% this year. Banknotes, deposits, bonds, treasury bills, and other types of government assets can all be included in foreign exchange reserve These assets have multiple uses, but they are primarily kept as a safety net in case a central government agency’s home currency depreciates sharply or goes bankrupt.

The practice of a central bank maintaining sizable reserves in its foreign exchange is widespread across the world. Since the dollar is the most traded currency globally, the majority of these reserves are stored in this currency. The British pound (GBP), the euro (EUR), the Chinese yuan (CNY), or the Japanese yen (JPY) are frequently included in the foreign exchange reserves.

In order to act as a buffer in the event of a market shock, economists contend that it is preferable to retain foreign exchange reserves in a currency that is not pegged to the nation’s own currency. However, as global commerce has gotten simpler and currencies have become more entangled, this approach has grown more challenging. China is the world’s largest current foreign exchange reserve holder, with more than $3 trillion in foreign currency holdings. The majority of their reserves are stored in US dollars. One reason for this is that it makes international commerce easier to conduct because most trading is done in US dollars.

Saudi Arabia also has significant foreign exchange reserves, as the Kingdom is primarily dependent on the export of its massive oil reserves. If oil prices continue to fall fast, the country’s economy may suffer. It holds substantial quantities of foreign cash in reserve in case this happens, even if it is merely a temporary repair.

Russia’s foreign exchange reserves, like the rest of the world’s, are largely stored in US dollars, although the government also holds part of its reserves in gold. Because gold is a commodity with an underlying value, the danger of depending on gold in the event of a Russian economic downturn is that the value of gold will be insufficient to meet the country’s demands.

Russia’s foreign exchange reserves stood at $630 billion as of February 2022. However, sanctions implemented by the European Union (EU), the United States (US), and other countries in reaction to Russia’s invasion of Ukraine in February 2022 made the majority of those reserves unavailable to the central bank.

Another disadvantage of utilizing gold as a reserve asset is that it is only worth what someone else is prepared to pay for it. During an economic downturn, the company ready to buy the gold reserve would have the right to determine its value, and hence Russia’s financial backup.

What exactly is a foreign exchange reserve?

According to City Index, a financial services company, foreign currency or exchange reserves, often known as forex reserves, are cash and other assets such as gold kept by central banks and other financial organizations such as the International Monetary Fund (IMF).

It aid in maintaining a stable rate for a native currency’s value. The yuan’s value in China is fixed to the US dollar. By hoarding dollars, the government increases the dollar’s value relative to the yuan, lowering the price of Chinese exports relative to those manufactured in the United States and boosting sales. to maintain a local currency at a lesser value than the dollar. To maintain the value of the yen lower than the dollar, Japan, which has a floating exchange rate system, purchases US treasuries or bonds. This contributes to the continued affordability of its exports.

To preserve liquidity in the event of a financial collapse to ensure that businesses may continue to import and export at a profit, a central bank can intervene and convert its foreign currency into the local currency. To fulfill a nation’s commitments under international finance. Paying off debts, funding imports, and tolerating erratic capital movements are a few examples. Programs for industry or infrastructure can occasionally be funded in this way. Investors who are frightened by war or domestic upheaval may try to relocate their money elsewhere. Having foreign exchange reserves may reassure investors and provide them a sense of security. A central bank can reduce risk by having a variety of assets and currencies in reserve and can be protected if one investment loses value.