GST at 5: A structural, economic, and policy analysis, as well as prescriptions

Three tax structure (integrated, central, and state), which necessitate registration and payment in each operational state. It is cumbersome, especially for mid-sized and small businesses.

It’s time to assess if India’s Goods and Services Tax (GST), one of the country’s most revolutionary tax changes since Independence, has lived up to expectations and whether the economic basis for the move is producing the desired results for the government and business. In India, the GST was put into effect approximately five years ago.

The proposal to include current federal and  state taxes in the GST was novel, and the resulting three-tax structure (Integrated GST, Central GST, and State GST) represented a significant improvement over the prior indirect tax system.

This three-tax system has the effect of making input taxes credits (ITCs) non-fungible for businesses operating in several states. Utilizing IGST credits to pay CGST and SGST must be done in a precise order. Even within the same state, SGST credits cannot be used to pay for IGST or CGST. Any GST tax credits from one jurisdiction cannot be used to offset a comparable tax in another state. For mid-sized and small businesses, in particular, the GST’s three-tax system makes it complicated. There is no fungibility between jurisdictions, and each of the three taxes must be registered and paid individually in each state where a firm operates.

Because of the added complexity, businesses must make more effort in record-keeping, automation, and reconciliation, which boosts costs.

Additionally, all businesses now have an additional workflow need from an accounting and tax perspective since suppliers must pay GST and adhere to their compliance requirements in order for customers to be able to claim ITCs. 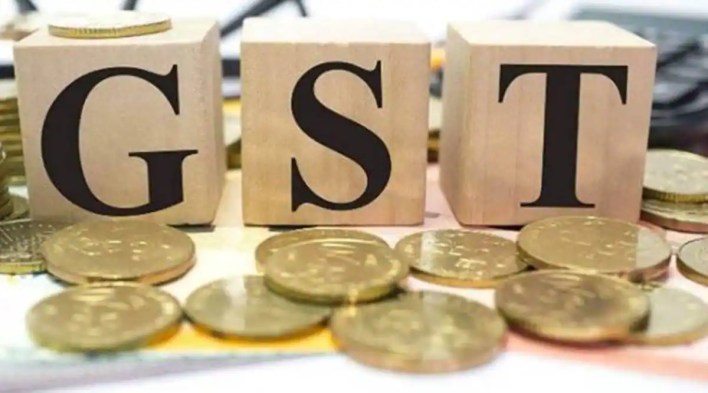 Contrary to the past, accepting credits that are not compatible is no longer an option. Therefore, even if their own compliance and payments are flawless, organizations that work with non-compliant vendors nevertheless experience consequences.

The aforementioned structure significantly increases the financial burden in the present market, where many enterprises are restricted by a lack of operational capital as a result of clients’ longer payment terms.

The challenges of changing ITC within a state and, occasionally, across tariffs within the same state The laws governing tax payment and return filing must be followed by the seller.

Economically speaking, the GST has reduced the indirect tax cost on producers’ goods since the rates for the majority of goods are far lower than the combined effects of the former excise duty and value-added tax. There has been a rise in the rate for service providers, going from 15% to 18%.

Their ITC basket has, however, grown in response to GST, resulting in a smaller real gain. While there were difficulties for the government in the beginning income, in recent months there has been a rise in GST revenue against the backdrop of various macroeconomic factors experiencing an uptick. Given that the only long-term strategy to achieve stable and reduced rates across products and services is through the GST, the bigger question from an economic perspective is whether the GST has led to an increase in the tax base.

Both PAN requests and GST registrations have been steadily rising since the Permanent Account Number serves as the basis for GST registrations. Income tax collections have increased, and a portion of this growth may be attributable to the gradual change in taxpayer behavior brought on by the realization that compliance with direct and indirect taxes is increasingly crucial because of their interdependence.

Focusing on the following five areas is crucial as we move into the next five years of the GST and beyond, bearing in mind that the GST changes constitute a continuous process and should not be seen as a single event.

Limit the number of GST rates to three at most, with one rate each for necessities, luxuries, and comforts. As soon as budgetary circumstances allow it, stop collecting the compensatory cess.

The process of reform in these areas over the next few years will greatly raise the rank in the parameters measuring the ease of doing business and would allow GST reforms to go to the next stage of a genuinely universal and straightforward tax.

Five years after the tax’s implementation, which is hailed as the single-largest taxation reform in independent India, chartered accountants still have difficulty completing GST forms. India The Goods and Services Tax (GST) was implemented in July 2017 to impose and collect taxes on the sale of goods and services across state lines.

Despite being hailed at the time as the single greatest tax reform in post-independence India, accountants continue to bemoan the system’s myriad shortcomings over five years after its inception.

They claimed, for example, that the GST Act was unable to provide a means of settling disputes between the Center-state and other states. Although no such system has been substantially studied up to this time, the GST Council is authorized by Article 279A (11) of the Constitution to develop a mechanism to resolve interstate disputes.

Currently, the legislation merely states that if GST is paid to the center incorrectly, there would be no interest due, and if tax is paid to a state incorrectly, it will be returned. Additionally, there is ongoing uncertainty regarding the GST rate that is applied, which makes it challenging for chartered accountants to submit returns.

According to Gaurav Gupta, a practicing chartered accountant and solicitor, “there are many misunderstandings regarding the rate of GST and, so far, almost 400 rate modifications have been brought in by the government from time to time.” 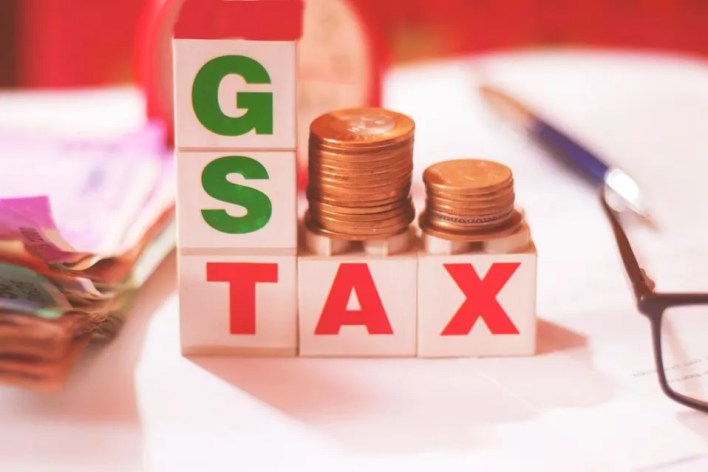 He claims that the procedure of filing GST returns has become more challenging due to a widening divide between GST authorities and taxpayers. There are several CAs with comparable issues.

According to Surbhi Singhal, another practicing CA, “the address and location of GST jurisdictional officials are very difficult to identify as there is no information available online, or the information is not updated.”

In each state, authorities were created in order to deliver earlier judgements that highlighted several concerns in order to guarantee a smooth implementation of the system and give assessors confidence. In addition to the poor quality of these verdicts, a substantial issue has arisen as a result of conflicting rulings from several states.

Although the government recognized the issue and passed legislation creating a national organization to settle such disputes, the authority has not yet been constituted. Accountants emphasized that there is no procedure in place to correct mistakes that may be made or discovered while completing GST returns.

According to CA Singhal, who was referenced above, “there is little to no space for rectifying any accidental errors in submitting returns.” General criminal provisions are covered in a separate section, 122. Since it is not always able to distinguish between intentional and unintentional offences, the section’s application becomes challenging, according to accountants. 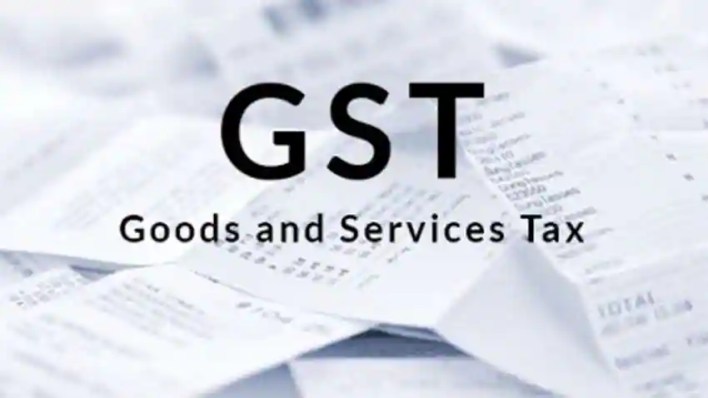 “There needs to be a plan or other procedures,” said Gupta, “where taxpayers can obtain a clear answer or response to any such problem or malfunction.”

The lack of clear information from jurisdictional personnel is one of the main problems with GST. New notices are occasionally posted on the portals and occasionally addressed directly to the taxpayers. As a result, there is a mix of communication channels that causes a lot of uncertainty. Gupta continued: “There isn’t a single channel for direct communication between taxpayers and cops.”

Additional confusion is brought on by the hybrid form of communication and duplicate notices. According to Singhal, GST cancellation requests have been waiting for years (without any necessity for observation or proof) as a result of the GST department’s “extremely opaque” operation.

All eyes will be on the Goods and Service Tax Council’s (GST Council) 47th meeting this week. The GST Council will convene in Chandigarh for a two-day meeting beginning on June 28. The GST Council is chaired by Nirmala Sitharaman, the finance minister, and includes members from every state and the Union Territories. The forthcoming GST Council meeting will cover a wide range of topics, from rationalizing the prices of a select few commodities to debating compensation for the states.

June 28–29 GST Council Meeting The forthcoming GST Council meeting will cover a wide range of topics, from rationalizing the prices of a select few commodities to debating compensation for the states. Here are the main items on the agenda for the 47th GST Council meeting. 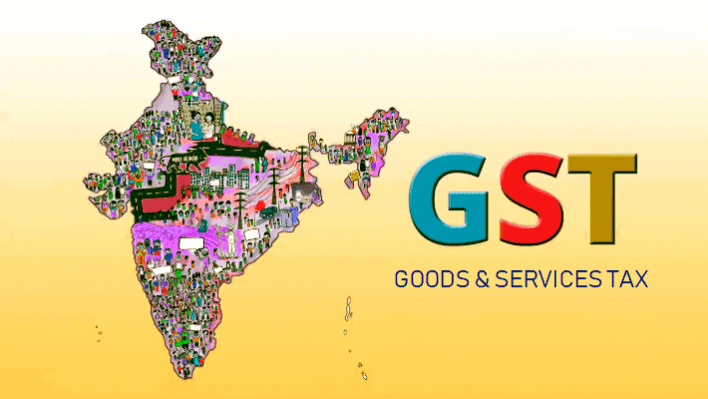 Rationalization of GST Rate for Items: The Fitment Committee, which the GST Council created, suggested lowering the GST rates for select commodities. The committee suggested a consistent GST rate of 5% for orthopedics and prosthetics (trauma, spine, and arthoplasty). The committee advised that a number of items, including belts, callipers, and splints or braces, should be subject to the lowest GST rate of just 5%.

The committee said that a GST rate of 5% would apply to all by-products from the milling of dal or pulses, such as chilka or khanda. The price of sewage-treated water will not be subject to GST. It is anticipated that the GST Council will clarify the GST rate for lithium-ion batteries. Currently, lithium-ion batteries and electric cars are subject to an 18% tax instead of the current 5% levy.

Tetra packs and tetra packing sheets are now subject to a 12 percent GST that is anticipated to increase to 18 percent. The GST Fitment Committee advised that the rate of cut and polished diamonds be raised from 0.25 to 1.5 percent in order to address the duty inversion. The ice cream shops will probably be subject to an 18% tax rather than the varied GST rates. The extremely popular ropeway services will only be subject to a 5% tax, as opposed to the existing 18%. The committee suggested keeping the tax rates at their existing levels for more than 215 items and services.

GST on Casinos and Online Gaming

The panel of state finance ministers’ suggestion to impose a 28 percent goods and services tax (GST) on online gambling and horse racing, and casinos will be taken into consideration by the GST Council. Conrad Sangma, the chief minister of Meghalaya, suggested taxing internet gaming at the full value of the prize money and contest entrance fees given to the players to take part in the game. 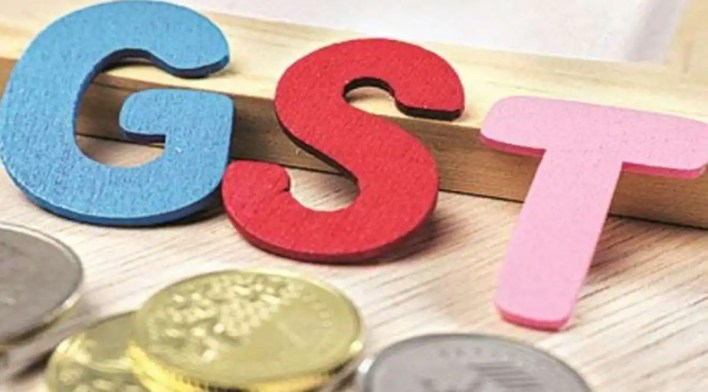 The GoM advocated imposing GST on all wagers made at racetracks. The GoM advised casinos to charge players who purchase chips or coins from the casino at face value. Casino entry/access fees will be subject to GST at a rate of 28%. Among them are food and beverages.

18% of the services provided by internet casinos, horse racing, and gambling are now accessible. The GST Council will probably decide on the appropriate GST rate and the value of the services.

According to CNBC TV-18, because of the disruption brought on by COVID-19, the GST Council may decide to eliminate the obligation to submit refund claims between February 1, 2020 and February 28, 20, and 22. It may enable tax officials to challenge incorrect returns, according to reports.

The continuance of compensation for revenue loss will probably be discussed in addition to rate rationalization. In the future, it is anticipated that the states controlled by the opposition will demand reparations. The Center gave the states their word that they would make up for any lost revenue for five years following the implementation of the GST. The growth rate of the protected revenue for the states has been 14% compounded growth, while the cess collection did not grow at the same rate. The difference between actual income received and planned revenue grew as a result of the COVID-19 epidemic.