The Indian EV revolution will be led by three-wheelers, according to research by the Investment Information and Credit Rating Agency (ICRA), since they can carry more weight, travel farther, and usually run on a single charge. May saw a significant increase in the number of new electric three-wheelers (e3w) sold in the nation, rising from 50 per cent in each of the three months up through April 2022 to 56 per cent overall. The sector is predicted to increase, according to the producers of electric three-wheelers.

According to ICRA, by 2025, over 30% of the 3Ws sold will be battery-powered, with electric two-wheelers accounting for 8–10% of the total 2W sales. The impact of COVID-19 on the 2020 calendar year’s car demand was negative. On the other hand, the number of electric cars has increased by almost 40% over the previous years. During the 2020 calendar year, EV sales will make up 4.4% of new car sales globally. While the switch from gasoline and diesel vehicles to EVs is inevitable, unlike in China, Europe, and the US, the speed of adoption will be slower in India.

The market for electric three-wheelers will continue to expand significantly due in large part to online shopping. Indian consumers are purchasing an increasing number of internet goods from the comfort of their homes, particularly in the wake of the epidemic.

The need for last-mile delivery networks has increased dramatically as a result of this transition. The E-commerce business will grow to 78% of the worldwide market by 2030, according to a World Economic Forum estimate. By 2030, there will be a 36% increase in the number of delivery and other vehicles. The popularity of electric three-wheeler vehicles will rise in response to the rising need for last-mile connectivity and e-commerce for better and faster delivery of products.

Light and medium commercial trucks are costly to operate and are unable to provide the simplicity of navigating through tight streets, while electric two-wheeler vehicles only have a small load capacity. As a result, the desire for electric three-wheelers is increasing in this respect. In addition to having a lower cost of ownership overall than ICE competitors, electric three-wheelers also benefit from federal and state incentives. An electric three-wheeler has a running charge of 50–60 paisa per km, compared to 3.5–4 INR for a diesel van per km.

Due to their requirements to reduce costs and their carbon impact, several multinational organizations have jumped on the EV three-wheeler bandwagon. 13 tonnes less carbon dioxide per 100 kilometres may be emitted from the tailpipe thanks to electric three-wheelers. 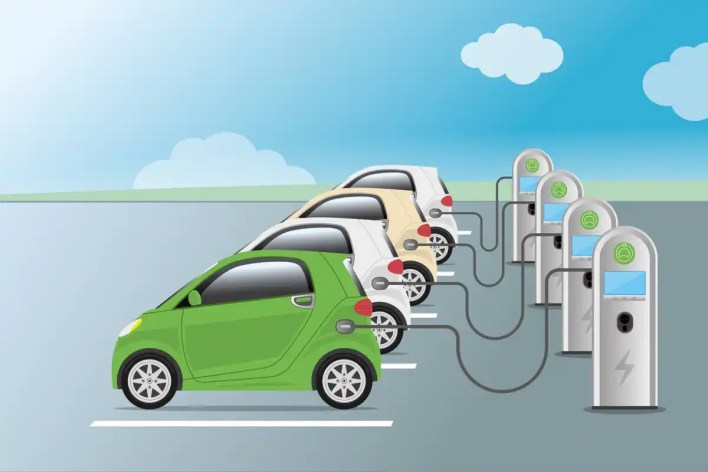 Manufacturing EV batteries and powertrain components, as well as establishing infrastructure for charging and battery swapping, will continue to be crucial for motivating the local EV ecosystem. It also aids in cost-cutting. The production-linked incentive (PLI) program for automotive parts and ACC batteries would give the electric vehicle industry the much-needed push for localizing manufacturing. However, in the short to medium term, there will still be a reliance on foreign battery cells.

In the next several years, many businesses should concentrate on localizing other elements, such as the motor and controller, before localizing the battery management systems and other electronics. Due to increased interest rates, financing EVs continues to be the most significant pain point. In order to address this issue, several public sector banks should expand their EV financing program for electric three-wheelers so that micro and small business owners may also get enough funding. Following the adoption of the FAME II policy in India, the organized electric three-wheeler market has expanded dramatically as a result of the legislation’s ability to lower the high sticker price of three-wheelers powered by Li-ion batteries.

The cost of an advanced Lithium-ion battery is around 2.5 lakh rupees more expensive than a lead-acid battery. However, the FAME II incentives for lithium-ion battery electric vehicles significantly minimize this pricing disparity.

Progressive EV policies are also being implemented by some state governments to provide the needed push. The Delhi Government lifts its current prohibition on LCV parking and operation during certain hours for “electric carriers.” Additionally, the most significant state subsidy ever announced in India was included. The Telangana government has now made it official that electric vehicles (EVs) in the state would not be subject to road taxes or registration costs. A different price to support the installation of EV charging stations has also been made possible by this. The State government is also urging participants to take advantage of the 10-year policy’s perks.

Our freight three-wheeler variation TaskmanTM has been further improved by Bilti Electric by adding a battery-changing technology called SmartSwappTM. By simply swapping out the exhausted battery for a fully charged one, the rider may recharge the vehicle in less than two minutes. This reduces the need for the car to be renewed in the middle of the day and boosts the worker’s productivity and revenue.

Meesho - The Success Story of India's No.1 Reselling App