With this year’s iPhone 14, you can summon assistance in remote areas by connecting to satellites instead of relying on traditional cellular networks. That’s one of the most groundbreaking features of the device.

A breakthrough in this year’s iPhone 14 lineup is something you’ll hopefully never need: satellite technology for summoning help in remote areas in place of cellular networks.

Bringing 5G connectivity to the cellular dead zones is what Qualcomm, Ericsson, and T-Mobile are working on with SpaceX and Qualcomm. Yet Apple may have even more exciting ideas in store, beating them all to the punch.

Due to the tight control Apple exercises over its hardware and software, it can build complete solutions like this one more quickly than its competitors. As well as being willing to start small, the iPhone maker is also a positive.

This is typical of Apple’s strategy to introduce new features in small, practical ways. It didn’t do as much as its competitors, but a few things it did well.

This year, the Apple Watch Series 8 adds a temperature sensor to track women’s menstrual cycles. Still, it is not hard to imagine that future WatchOS updates and Apple Watch models will also find other ways to utilize it.

As with Emergency SOS via satellite, Apple is likely to follow a similar strategy, dipping into satellite connectivity with a helpful feature that does not put too much strain on the company’s resources or raise unrealistic expectations among users.

Apple Has Launched Its Own Satellite Constellation

The amount of investment Apple has put into what amounts to an SOS feature indicates the company is serious about satellite connectivity. A few weeks ago, Apple did not say much about how its emergency SOS feature would work. Many people assumed Apple was renting space from an existing constellation such as Iridium. 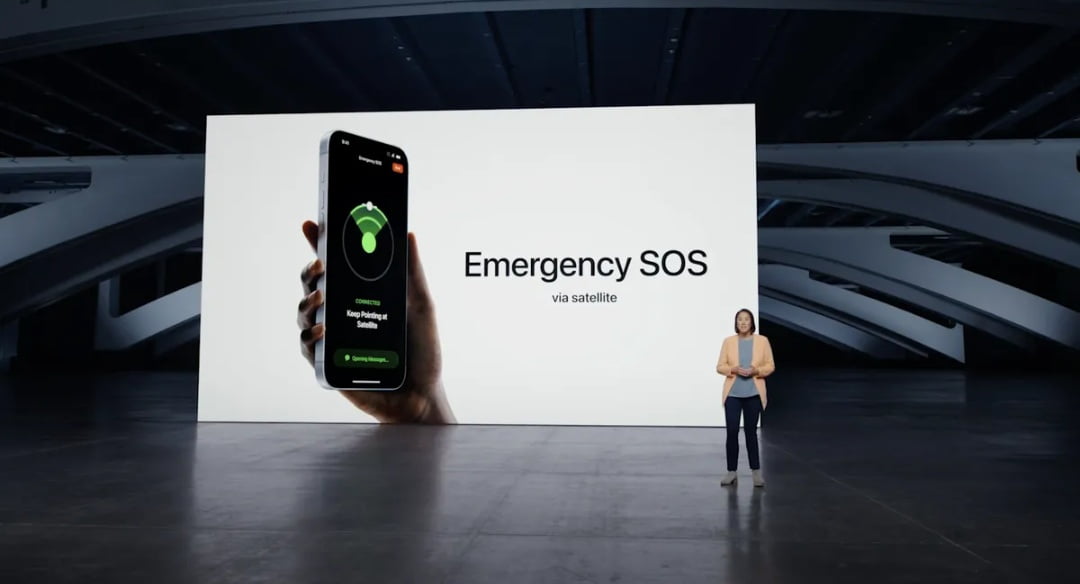 Apple, however, is launching its own satellite constellation to support this feature – and spending $450 million to do so. Apple has chosen Globalstar to deploy the satellite infrastructure on the iPhone 14, with 950 percent of the costs covered by Apple.

Neither Apple nor the company is doing this on a whim. There have been years of work put into it. By late 2019, Apple had ramped up hiring aerospace, satellite, and antenna design engineers in an effort to deploy its first satellites within five years.

There was no clear understanding of Apple’s plans at the time. A few speculated that Apple would launch a satellite constellation of its own. Many feel the company will choose a more conservative approach of piggybacking its communication systems on existing satellites or tying them into existing satellite networks like Northrop Grumman, Lockheed Martin, or Boeing.

Apple’s desire to control every aspect of any solution it develops makes deploying its satellites not surprising, given how much it likes to possess. Despite that, I don’t see Apple spending this much on an SOS feature that, while valuable, should rarely be used.

It is, however, an ideal way for Apple to roll out and test its satellite network without overloading it. Using Find My, iPhone 14 owners can also track satellite locations via the Find My network, regardless of whether they are in danger.

The Future Of iPhone Satellite Connectivity

As Apple’s satellite constellation expands, this is likely only the first stage. Getting real-world experience with iPhone satellite communications in a lab is difficult because Apple rarely tests new things in public. 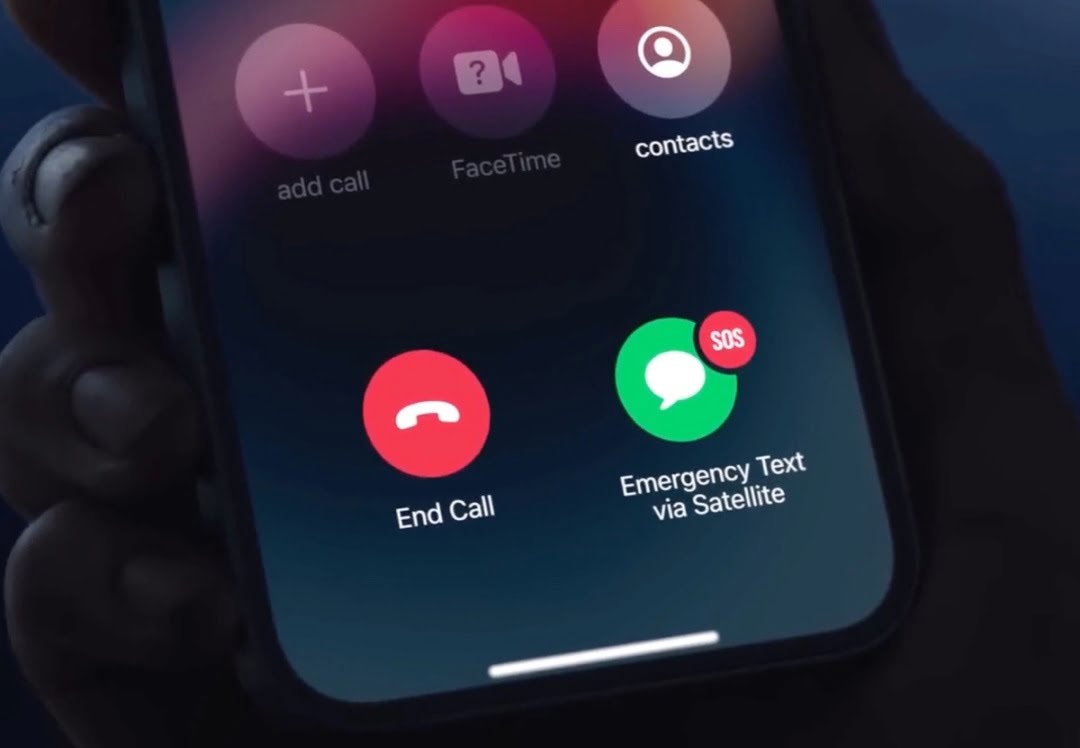 Apple/Globalstar satellites are neither speculative nor detailed, but the Iridium constellation consists of 66 satellites orbiting 17,000 miles per hour at 485 miles above Earth.

Cellular service is available within 10 miles of the nearest tower. Considering the distances and speeds involved, sending text messages is technical due to the limited bandwidth.

In order to gain access to a satellite network, one must use an expensive device with an external antenna. Since Apple wouldn’t fit an antenna on the iPhone 14, the best engineers worked on creating custom components and software to assist users in locking on to satellite signals.

iPhone software guides users on how to hold up their device and aim it in the right direction to avoid losing sight of the satellite that the naked eye cannot see. A satellite-based full-service text, data, and voice service won’t be possible with the iPhone 14.

The bandwidth constraints affect the turnaround time for sending a single short text message, sometimes two or three minutes, even under ideal circumstances. In addition, Apple developed unique compression algorithms to shrink text messages to a third of their original size.

Additionally, satellites reduce bandwidth concerns when sending short emergency messages. It is unnecessary to deploy as many satellites as Apple has been doing in the past as it won’t overload them.

The iPhone could sell as many as 100 million units this year, but relatively few of them will even try to make contact with an Apple satellite, and when they do, they will exchange the tiniest of information. Additionally, Apple must take battery life into consideration.

It takes tremendous power to reach a satellite hundreds of miles away. That’s how quickly 5G cellular data drains your battery. Even so, it’s easy to imagine Apple is ultimately trying to achieve satellite connectivity.

An OpenSignal analysis notes that global cellular coverage is far from ubiquitous, even in regions of the US where cellular access is generally reasonable. Despite wireless carriers’ best efforts to reach as many places as possible, some areas are extremely expensive to serve. In the absence of cellular coverage, satellite connectivity offers a solution.

Cellular coverage is being expanded through satellites using two different approaches. SpaceX and its Starlink constellation are trying to extend 5G frequencies into space through a seamless process. A partnership with T-Mobile enables it to do just that.

In addition to enabling standard 5G smartphones to manage basic messaging features, this would benefit older models like the iPhone 14. While tying it to particular carriers complicates things, it may also interfere with other frequencies. 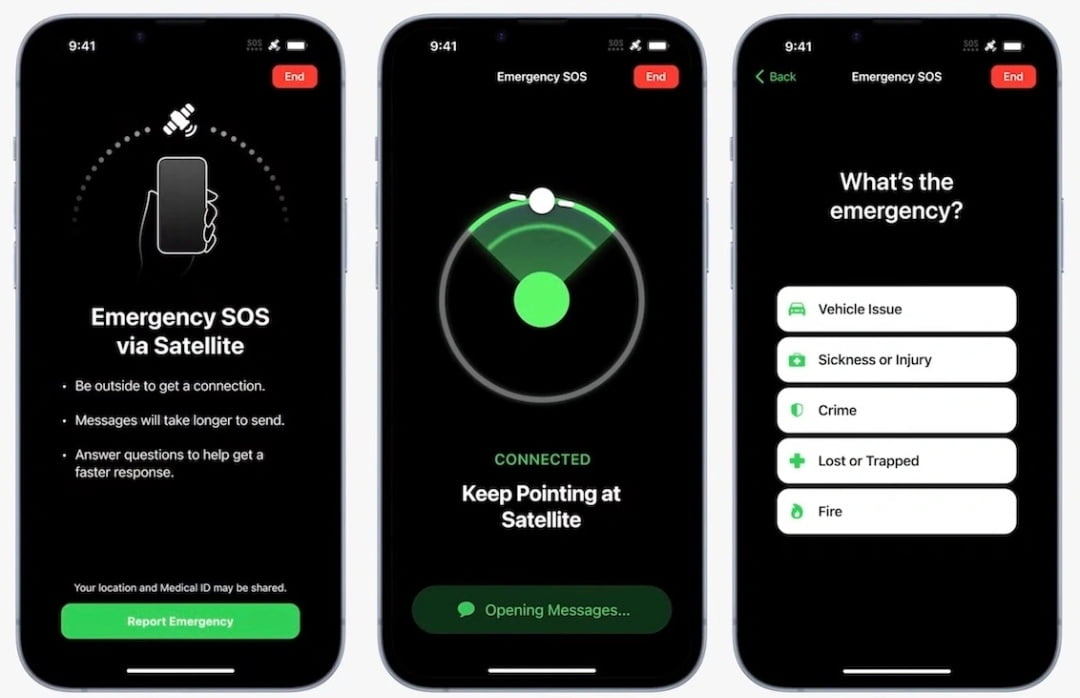 If T-Mobile customers roam internationally with Starlink, what will happen to the 2.5GHz spectrum that T-Mobile owns? Other carriers and regions will face similar issues as SpaceX expands this service. Apple has deployed a satellite constellation in partnership with Globalstar using the more traditional satellite frequency, as it did with its iPhone 14.

Apple has been rumored to be planning to adopt 5G satellite connectivity in the coming year, but band 53 is not a satellite frequency; Globalstar still uses it for its private 5G networks. Apple uses the same frequencies for satellite communication as most other services.

Apple can do this without worrying about licensing or carrier interference issues. Since satellites use these bands, they don’t interfere with cellular reception. Global rollouts of Apple’s satellite services are up to the company.

Next Steps For The iPhone 14’s Satellite Connection

Satellite connectivity on iPhone 14: next steps One of the most logical next steps is to use it to send regular text messages. Apple needs to unlock this feature at a software level for the iPhone 14 to be capable of sending important text messages via satellite.

Currently, this isn’t possible, and there are no guarantees it will ever be possible. In terms of technology at present, the iPhone 14 is not valid for everyday conversation. It may be able to send standard text messages, but it will not be practical for conversing with people regularly. 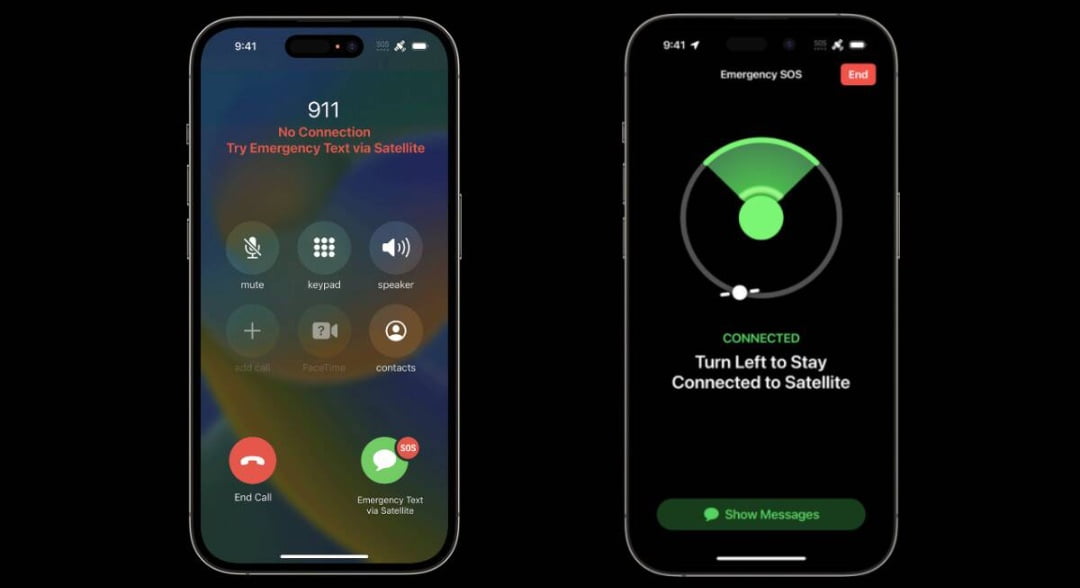 The exchange of a few messages may take a few minutes. A satellite must be locked onto first. It would probably cost Apple money to add this capability. Emergency SOS via satellite will continue to be accessible for iPhone 14 users for two years; once that period ends, the company may begin charging for it.

The Cost Of Increasing Satellite Features

In contrast, Garmin’s inReach, one of the most popular satellite communication services, charges $15 per month for an essential subscription that includes 160-character texts; after that, customers pay $0.50 per text.

It costs $65 per month to subscribe to Garmin’s most expensive ‘Expedition’ plan. The company will eventually make money from these advanced communication features since satellite deployment costs so much. 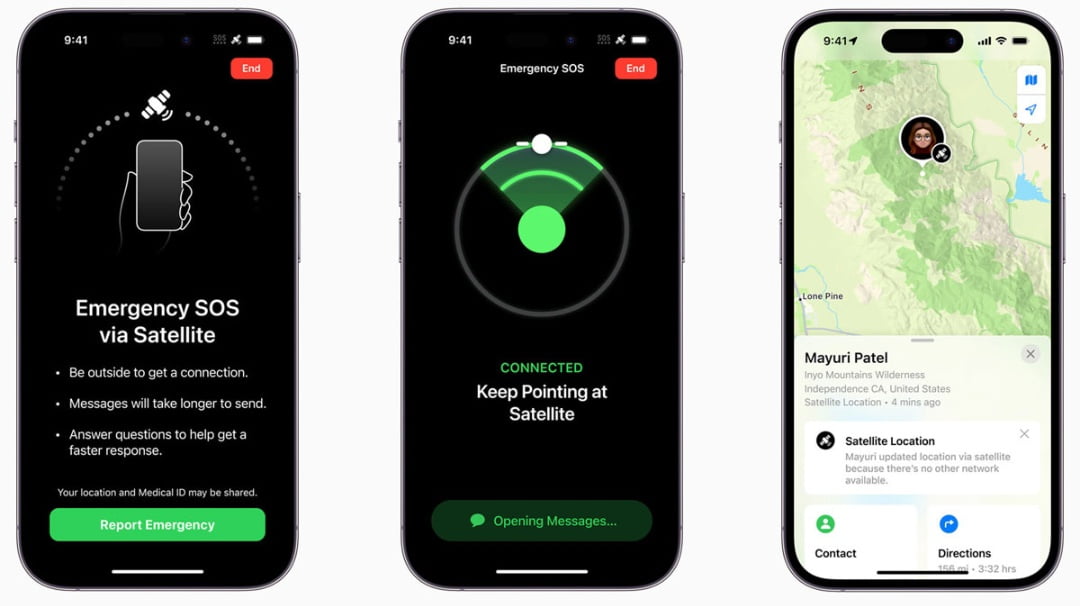 In addition to expanding satellite capabilities, Apple turning the service into a monthly subscription service seems inevitable. With its 2020 acquisition of Dark Sky, Apple could easily bundle Weather information into a satellite subscription plan.

Subscriptions for enhanced satellite service aren’t a bad idea. As for recouping costs for the satellite deployment, Apple should charge folks who will use it rather than build it into the iPhone price. Almost no iPhone user will be far enough from cellular coverage to require satellite communication, but many will be willing to pay.

The owners of Garmin devices have expressed excitement about the idea of carrying one less device on wilderness adventures and are willing to pay Apple’s subscription fee. Apple’s satellite network and the iPhone 14 may not be ready for that yet, but you can bet it’s in the works.