We must take facts as essential because they hang over us like Damocles’ sword. Being branded an “alarmist” is a risk worth taking in the fight to rescue the Earth, which is our sole home in the cosmos.

The devastation of the earth and the slow march towards the end of life as we know it are two of the most distressing truths of human existence. Planet calamity is a word that is frequently used to refer to significant catastrophes and events that have the potential to wipe out the whole planet. Unfortunately, efforts to turn back the clock’s hand haven’t yielded much success.

A wide range of human activities have drastically changed the ecosystem and its balance, ranging from the acidity of water bodies, increasing sea levels, and climate change to the global water crisis, air pollution, and widespread loss of species. The fact that there are now too many people on Earth for the planet’s finite amount of space and resources has been highlighted by some thinkers as the primary cause of world calamity. Examining this train of thinking will be in the best interests of the situation.

The globe is trying to keep up with limited resources due to this exponential population expansion, which comes with more mouths to feed, bodies to warm up, and greater demands for water, clothing, and transportation. In 2020, the majority of the world’s population (4.9 billion) had annual energy usage per capita of more than 1,000 kWh. The world’s energy mix is undoubtedly strained as a result. 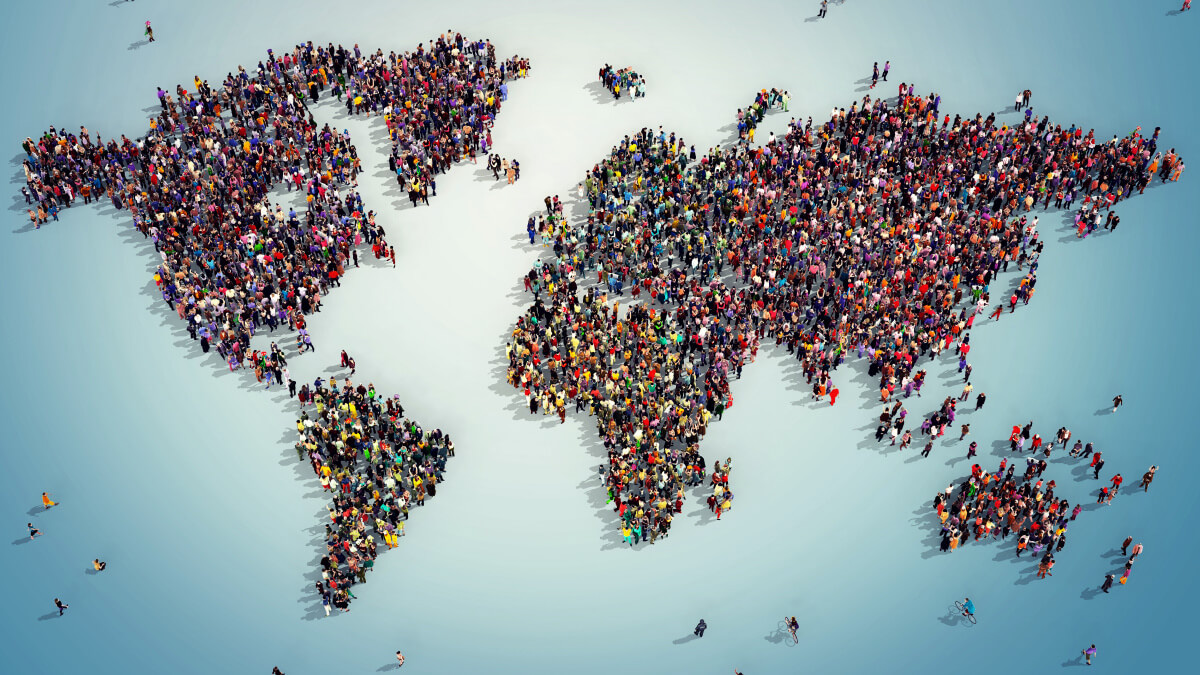 Humans must compete for available resources, particularly non-renewable, natural resources, as a direct result of population growth. One of these demands is energy, as seen by the widespread discussions on the necessity of switching to renewable, sustainable choices. Air quality and ozone layer depletion continue to be severely impacted by air travel and the rising usage of fossil fuels, which increases CO2 emissions and energy consumption per person.

Additionally, a significant indirect and general driver of deforestation is the growing human population. Since more people need food and space, there must be more land available for both cultivation and human settlement. This leads to more forest removal in turn. With farmers who have four children, the amount of land in use is equal to 1/4th of each farmer, and it decreases with each generation. These are followed by problems with water and space constraints.

As a result of scarcity Ten per cent of people worldwide, according to World Vision, do not have access to clean water. 785 million people worldwide lack access to safe water, according to information from its 2020 Fast Facts on Global Water Crisis. Additionally, there is a need for additional schools to meet the growing number of children in the world, which calls for a lot more room and building supplies.

The fragile environment will continue to be overstretched to the point of collapse when all will be lost unless strategic initiatives, such as those suggested by the United Nations Framework Convention on Climate Change, are taken. The sixth extinction, however, will only be a result of human activity, unlike the previous five extinctions in the development of the planet and humans, which were brought on by volcanic eruptions and the impact of asteroids.

The way to go

Restoration of Indian traditional knowledge is required, as is a move toward a more sustainable way of life, including sustainable building, rainwater collecting, composting, recycling waste segregation at source, transitioning to renewable energy sources, and increasing tree planting. Tom Crowther, a prominent environmentalist, points out that by planting one trillion new trees throughout the world, we may significantly slow down climate change. To rescue the mother earth that we have stolen from our grandkids, each of us should make a personal commitment to plant at least five trees throughout our lives.

With the development of a CNG facility in Jaipur, Rajasthan, Indian Oil is setting the standard in Asia. The Hingonia Cow Rehabilitation Center will house the largest CNG plant in Rajasthan, with daily CNG output from cow dung estimated to reach 6,000 kilograms. The need to shift from an arrogant to a humble attitude toward architecture is equally crucial. Buildings must use innovative methods for sustainable construction and space-saving designs if cities are to be smart and green.

Checking the population expansion is also necessary. While some nations, like China, have attempted to limit the number of children a family can have by legislation, it is crucial to realize that population management is everyone’s duty. Instead of being thrown away or squandered, every resource must be recyclable and regenerative. The environment is not anyone’s to damage; rather, it is everyone’s duty to protect, thus the only way ahead is to engage everyone.

Rahul Gandhi gets targeted by Amit Shah, Irani Hurls, and many more.

India's infrastructure is being shaped by health-tech post-covid-19