A major blow dealt to the cash-strapped Pakistan World Bank is said to have delayed the approval of two loans valued at USD 1.1 billion until the next fiscal year.

Apart from refusing the loans, it has also resisted slapping a flood levy on imports, creating a new barrier in an already existing ambitious USD 32 billion annual financing plan.

According to media reports, the Bank’s decision to withhold authorisation of the second Resilient Institutions for Sustainable Economy (RISE-II) loan valued at USD 450 million along with the second Programme for Affordable Energy (PACE-II) worth USD 600 million will come as a major jolt for the government. “The indicative date for (World Bank) Board discussion of the RISE-II project is the fiscal year 2024, which will start on July 1, 2023, and end on June 30, 2024,” according to a World Bank spokesperson.
The Bank’s documents also reveal that the PACE-II loan might be cleared in the next fiscal year.

The coalition government in Pakistan is already struggling to rekindle the International Monetary Fund (IMF) programme.
However, The World Bank‘s latest decision has created a void of USD 1.5 billion against the government’s annual financing plan.

In August last year, just before the revival of the IMF bailout package, the World Bank had consented to sweeten its lending amount to cover a USD 300 million hole.

All this, however, is likely to have been lost owing to a lack of decision-making on the federal government’s part. 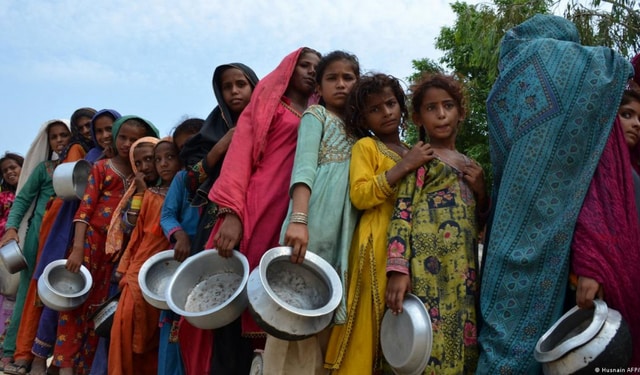 The World Bank spokesperson further said that “preparation of the RISE-II operation is underway and, the World Bank is working with the government toward the implementation of supported reforms”.

Pakistan Government In A Tizzy
This decision has led Pakistan’s government to a frenzied state as the current fiscal year; the government had expected to receive USD 30 billion to USD 32 billion in foreign financing; however, the plans now appear unrealistic. The financing plan included loans worth USD 2.9 billion from the World Bank.

With the current foreign reserves standing at a mere USD 4.3 billion, Pakistan may not reach June without foreign creditors’ support.

The United Arab Emirates is expected to give Pakistan a USD 1 billion loan, while Saudi Arabia is also “studying” the possibility of extending an additional USD 2 billion. The government, however, has yet to announce dates for the disbursements.

World Bank has also communicated that it was opposed to slapping a 1 per cent to 3 per cent flood levy on imports that the government wants to impose to raise Rs 60 billion to Rs 70 billion in additional taxes and to contain imports.

The flood levy is part of the Rs 200 billion budget that the government is contemplating enforcing with the hope of reviving the derailed programme.

The World Bank, however, sees further taxation on imports as a wrong policy choice that is discriminatory, distortive and leads to a reduction in the country’s production capacity.

The lender has conveyed its decision to the federal government. As an alternative to imposing an import levy, the government has options like the withdrawal of custom duty exemptions made available to specific groups; these exemptions are protected under the 5th schedule of the Customs Act.

The government has long claimed that import duties have been imposed to discourage imports. But despite one of the highest import duty rates in the world, Pakistan’s current account deficit (CAD) remains higher, which indicates that these duties have not helped contain imports.

The imposition of duties will further increase biases in favour of a domestic industry that has been overly protected and is not inclined to compete globally. The imposition of the 3 per cent duties on imports will also lead to missing the prior RISE-II policy actions of reducing import taxes.

The conditions for the RISE-II loan pertain to the country’s fiscal and macroeconomic framework, involving the provinces too. The PACE-II loan aims to “reduce circular debt flow through reducing power generation costs, decarbonising the energy mix, improving efficiency in distribution, and retargeting electricity subsidies”, according to the World Bank website.

Why Is China Not Being Able To Arrest Its Covid-19 Surge?