The Prime Minister will not host the face-to-face summit this year due to Vladimir Putin’s threat to use nuclear weapons. The leaders of Russia and India have not personally interacted since the relationship was elevated to a strategic partnership in 2000.

As a result of the pandemic in 2020, the summit was only slowed once.

It may not be good for Modi to boast about his friendship with Russia now, according to a senior official with knowledge of the situation, who refused to give his name due to the sensitive nature of the matter.

A Russian official says no summit will take place this year. In September, Modi pressed Russian President Vladimir Putin for peace in Ukraine at the regional summit in Uzbekistan, according to the official.

Despite sanctions, the Kremlin has used India as a symbol of the nation’s importance and has promoted it as an important ally that hasn’t criticized the US-led war in Ukraine. Since Russia invaded Ukraine, India has been on a diplomatic tightrope. Modi’s government voted against the UN CONDEMNATION of Putin’s war and avoided joining US-led sanctions against Moscow to take advantage of cheap Russian oil.

India has been under pressure to do so due to China’s growing assertiveness along its Himalayan border in conjunction with the US and other countries with which it has allied itself. New Delhi vehemently opposes US plans to modernize Pakistan’s F-16 fighter jet fleet.

The bilateral relationship was strained even though India did not participate in the naval drills. A territorial dispute that dates back to the end of World War II also outraged Japan with India’s participation in the Russian-led Vostok-2022 war games.

There could be a long Ukrainian war, says Putin

Russia’s President Vladimir Putin admitted on Wednesday that tensions are rising between Russia and Ukraine after it missed most of its military targets since the invasion of Ukraine. Additionally, he said that “we have not gone insane” and that Moscow does not plan to deploy nuclear weapons first. The Ukrainian government has said that it is training for the apocalypse during intense shelling by Russia. 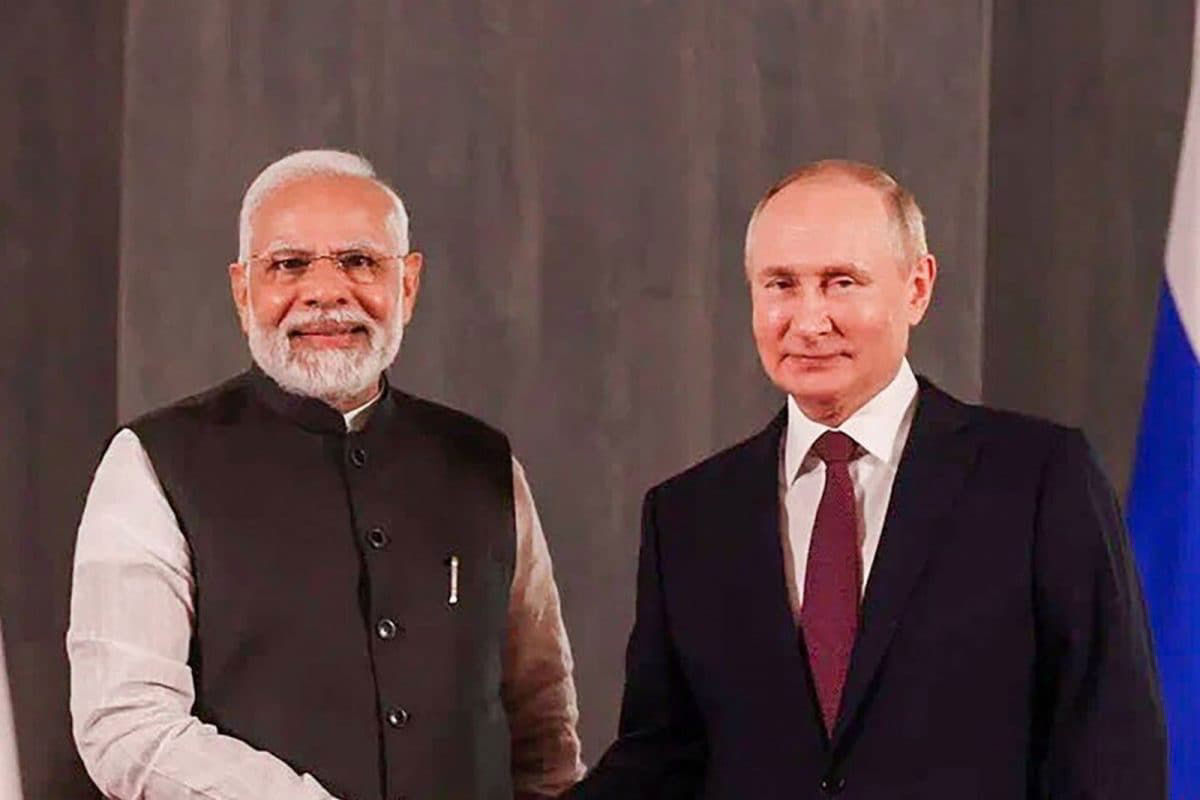 Nuclear risk is on the rise, but we aren’t frightened

A nuclear war threat is rising, but Russian President Vladimir Putin insists his country is not crazy and will not use its nuclear weapons first.

According to the Russian president, weapons of mass destruction will only be used in response to an attack.

According to him, the war in Ukraine could take a “lengthy time”.

It is believed that Putin originally intended to achieve victory quickly.

In the wake of Russia’s invasion of Ukraine in February, its nuclear weapon capability has been under increased scrutiny.

While speaking from Moscow via video link about the prospect of nuclear war, Putin warned that such a threat would be wrong to hide.

Despite this, he declared that Russia would not threaten anyone with its nuclear arsenal, and would never use the weapons first.

Adding: “We’re not going to run around the world brandishing this weapon like a razor,” he said: “We haven’t gone mad.” The Russian president boasted of his country’s nuclear arsenal and contrasted it with the U.S., which has positioned its nuclear weapons on territories other than Russia’s.

There are no nuclear weapons on the territory of other countries, including tactical weapons, he said, but there are some in Turkey and other parts of Europe.

According to Putin, nuclear weapons can only be used defensively under Russian nuclear doctrine.

He believed that the war may be a “lengthy process” after admitting that his plan to declare victory in days following the invasion of Ukraine had failed.

The results, however, have already been “significant,” as evidenced by sham referendums in four Ukrainian regions for which Russia has illegally claimed territory.

Adding that this was an aspiration of Russian Tsar Peter the Great, he boasted that the annexations had now made the Sea of Azov, bordering southeast Ukraine and southwest Russia, an “internal sea” for Russia. A comparison has been made before between President Putin and the rulers of the 17th and 18th centuries.

Moscow does not fully control Kherson, Zaporizhzhia, Luhansk, or Donetsk despite claiming them as its new territory.

The only regional capital seized by Russian forces since the February invasion had to retreat last MONTH.

In cold temperatures, millions have been left without heat and electricity as a result of the airstrikes.

Ukraine’s capital, Kyiv, is at risk of an “apocalypse” due to power outages, according to Mayor Vitali Klitschko.

In an interview with Reuters, Klitschko told the news agency that Kyiv might lose its power, water, and heat supplies.

Despite the heated shelters in place, Mr. Klitschko admitted that they weren’t enough to accommodate all residents, so residents should be prepared to evacuate. Ten council members were removed ahead of Wednesday’s meeting for expressing doubts about the war. Replacing them with pro-war personnel was the solution.

Verstka, an independent Russian news outlet, reports that the meeting’s topics were also thoroughly researched before the meeting.

There has been intense scrutiny of Russia’s nuclear doctrine in recent weeks, particularly regarding the possibility of a “tactical” weapon being used on Ukrainian soil.

In contrast with larger “strategic” weapons that are meant for massive destruction, tactical nuclear weapons are used in combat.

Amid Mass Layoffs And Job Losses, The Industrial Disputes Act of 1947 Comes As The Superman And The Saviour Of Many; Know Your Rights!