Job Loss: It would be reasonably accurate to say that this is not a good time for those employed in the corporate sector, as many corporates and startups alike are firing and laying off people left, right and centre in the hopes of combating losses, restructuring in the name of economic recession and many other myriad reasons.

While there was much rejoicing as 2022 marked the end of Covid-19 restrictions and the restart of most economic activity; however, it was short-lived.

Whether the road to economic recovery met its expectations can be understood by the current circumstance, which is marked with hurdles such as recession, inflation, employment crisis, and economic downfall, the ghosts of the slowdown can be seen everywhere.

Adding up to the crisis are job cuts that are turning out to be one of the biggest crises hitting the world on the sidelines of the 2019 global health emergency.

Worst of all, the economic downhill ride that began nearly three years ago has yet to be curtailed. Amazon and Meta, two giant tech behemoths, kicked out several thousand employees in 2022. Besides them, nearly 50 other enterprises laid off more than 90,000 staff globally.

The highest number of pink slips have been issued In India are in the IT and Ed-tech sectors, which have been the brightest shining stars in the last few years but as the success story has taken a sharp downward turn, so has the list of the number of people that find themselves without jobs.

Taking cognisance of the current circumstance amid mass layoffs, Labour and Employment Minister Bhupender Yadav has iterated that any retrenchment and layoffs are deemed to be illegal if not carried out as per the provisions of the Industrial Disputes Act.

This will definitely come as a positive and encouraging statement as hundreds struggle with job losses and limited chances of being hired shortly; hence severance packages and other such benefits hold immense importance at these challenging times for those going through this situation.

The present phenomenon of mass layoffs has found its way to the Rajya Sabha, wherein the issue was discussed.

The minister mentioned how ID Act is meant for employee wellbeing and stressed on the fact that respective state governments need to take the necessary action if any company fails to adhere to and by the ID Act. 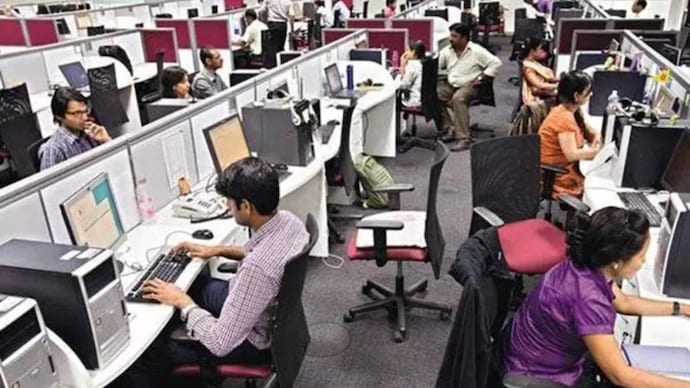 Here are the relevant key points to our readers so they know their rights.

The Industrial Dispute Act of 1947 also regulates various aspects of layoffs and conditions precedent to the retrenchment of worker’s covers.

1. Companies employing 100 persons or more are required to seek prior permission from the appropriate government before effecting closure, retrenchment or layoffs.

2. The Industrial Dispute Act also provides for the right of workers laid off and retrenchment for compensation, and it contains provisions for the re-employment of the retrenched employee.

The minister clarified that the jurisdiction in the matters with regards to multinational and Indian companies in the IT, Social Media, edu-tech firms and related sectors lie with their respective state governments and not with the central government.

Thus, the above clarification clearly points to the fact that the central government has little or no role to play in the enforcement of the ID Act and instead, the onus lies with the state governments.

This clarification may be tricky as state governments may or may not take the situation at hand as something they would want to address directly; hence the trenched workforce may find themselves in a precarious situation. So far, this is what the layoff numbers look like both for multinational and Indian companies.

In November, the parent of Facebook, Instagram and WhatsApp reduced its workforce by 13 per cent and extended a hiring freeze through the first quarter of next year.

Amazon reportedly cut about 10,000 jobs. The tech giant said it has 1.54 million employees worldwide, including full-time and part-time workers but excluding contractors and temporary personnel.

Credit Suisse Group made sweeping plans to cut 9,000 jobs in Asia. The move was part of the company-wide overhaul meant to draw a line under a series of scandals and help it recover from a £3.5bn loss.

At the beginning of the year, Cineplex Inc temporarily fired 6,000 part-time employees due to mandated closures of its venues amid surging Covid-19 cases caused by the Omicron variant.

Digital mortgage company Better.com conducted three mass layoffs in about five months, citing a declining mortgage market. Tech Crunch reported that the company reduced its workforce from about 10,000 to less than 5,000.

Twitter had nearly 7,500 employees before Elon Musk took over, and now it has about 2,700. The most recent round of layoffs took place on the night before Thanksgiving, and this was despite the billionaire saying there would be no more terminations at the company.

Peloton, the beleaguered at-home gym equipment maker, first terminated 2800 people in February. In July, the company laid off approximately 570 people, followed by 784 people in August. In the fourth round, the fitness company cut another 500 jobs.

Ford Motor Co axed about 3,000 white-collar jobs in an attempt to lower costs and make the transition from internal combustion to electric vehicles.

Edtech unicorn Byju announced in October that it would terminate 5% of its workforce (2,500 employees) over the next six months. The company aims to become profitable by March 2023.

India-based quick commerce firm Blinkit sacked 5 per cent of its total staff, which was about 1,600.

At the beginning of the year, Unilever terminated 1,500 staff as part of a company-wide restructuring. In April, Unacademy laid off about 1,000 contractual and full-time workers. Later, the edtech startup slashed up another 350 staff.

In August, Snap confirmed that it plans to lay off around 20 per cent of its employees, approximately 1,300 employees, to reduce costs.

Over 1,200 Lido Learning employees were asked to resign abruptly in the first week of February. Seven months later, the edtech startup filed for insolvency.

Vedantu has sacked more than 1,100 employees this year. After the latest round of layoffs, the edtech platform has about 3,300 employees.

Microsoft Corp laid off under 1,000 employees across several divisions in October.

E-commerce Company Wayfair sacked 870 people, which is 5% of the company’s global workforce.

In May of this year, the CEO of Klarna used a pre-recorded video message to inform employees that around 700 of them were laid off.

In the first wave of the pandemic, Meesho laid off 200 people. Later, the company sacked 150 employees, followed by 300 in April.

Used-car marketplace Cars24 kicked out around 600 employees in May.

Bengaluru-based health tech startup MFine laid off around 75 per cent of its total workforce.

IT services giant Wipro fired 300 employees who were found to be moonlighting for competitors.

Plaid sacked nearly 260 employees, which amounts to 20 per cent of its workforce.

Tesla parted ways with 200 employees who were working on the company’s Autopilot driver-assistant system.

The furniture rental startup based out of Bengaluru fired 180-200 employees from customer grievance redressal, scheduling and other similar customer support functions.

In June, Indiabulls-owned social commerce application, Yaari laid off about 60 per cent of its workforce or 150 people.

Planemaker Boeing Co cut about 150 finance jobs in the United States this year to simplify the company’s corporate structure and focus more resources on manufacturing and product development.

Corporate spend management startup Brex kicked out 136 people across all departments, 11 per cent of its workforce.

Android gaming platform sacked 120 to 150 people out of 400 global workforces. This included 60 Indians.

Consumer-to-consumer (C2C) e-commerce platform Carousell let go of 110 employees, or 10 per cent of its total workforce, to reduce costs.

To reduce expenses, Adobe has laid off nearly 100 employees, mainly from the sales team. The software company employed around 28,700 workers per its Q3 2022 financial report.

Momentive Global, the parent of the SurveyMonkey web-survey portal, terminated 100 staff in October.

Pepsi maker PepsiCo will sack hundreds of workers at the headquarters of its North American snacks and beverages verticals.

See also  Why is it that in India, we still get questioned as to what state we are from, what religion we belong to, and what are our personal beliefs?
Tags
employees india Industrial dispute act 1947 layoffs Multinational Companies pink slip