The Finance Ministry should rationalize and simplify personal tax legislation, according to the Union Budget 2023. Each year, taxpayers eagerly await the release of the Union Budget in the hopes that tax rates will be lowered or that more deductions will be added, both of which would benefit them and boost their savings. Let’s examine some of the hopes for this union budget’s simplification and rationalization of personal taxation. Justify the taxation of capital gains: Currently, holding times and tax rates for various types of instruments are inconsistent when it comes to the taxation of capital gains. 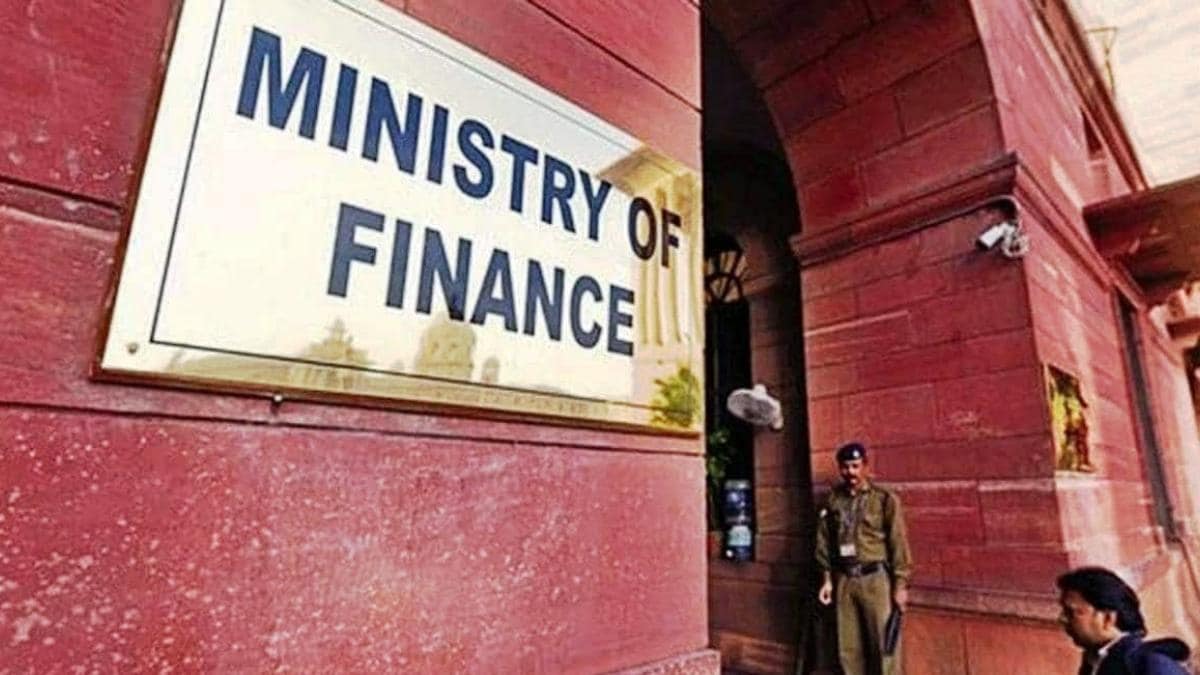 The indexation advantage varies depending on the circumstances, and resident and non-resident taxpayers pay taxes at different rates. For example, public shares must be held for more than 12 months to qualify as long-term capital assets, but unlisted shares must be held for 24 months. Additionally, the tax rates range from 10% for listed equity shares to 20% for unlisted equity shares.

Furthermore, residents would be forced to pay a 20% tax on long-term capital gains on the sale of unlisted shares, whilst non-residents would benefit from lower tax rates under domestic tax legislation or the tax treaty, under which they would not be required to pay any taxes in India. Given these discrepancies and the need to encourage investment in India, it is expected that the capital gains tax would be investigated and changed to justify them.

Reduce the highest personal tax rate: As of right now, persons in India with taxable income over Rs 5 crore are subject to a maximum marginal tax rate of 42.744 percent. The highest possible income tax rate is 30%; when added to the highest surcharge rate of 37% and the education levy rate of 4%, the overall tax rate for the extremely rich is 42.744%.

The government can think about lowering the top personal tax rate to encourage investments in India and strengthen the economy. Increase the deduction cap: The current deduction cap was established some years ago and hasn’t changed since. The Rs 1.5 lakh deduction allowed by Section 80C of the Income Tax Act of 1961 covers a variety of expenses, such as paying life insurance premiums, making contributions to the Sukanya Samriddhi Yojana, the public provident fund, the recognized provident fund, and tuition costs. This maximum is thus anticipated to be raised to Rs. 2.5 lakhs in the current budget.

In addition, the maximum interest deduction for a self-occupied housing loan is Rs. 2 lahks. Although there had been a minor decrease in interest rates in the interim, the interest on home loans has now also increased as a result of the Reserve Bank of India raising the repo rates to combat inflation. 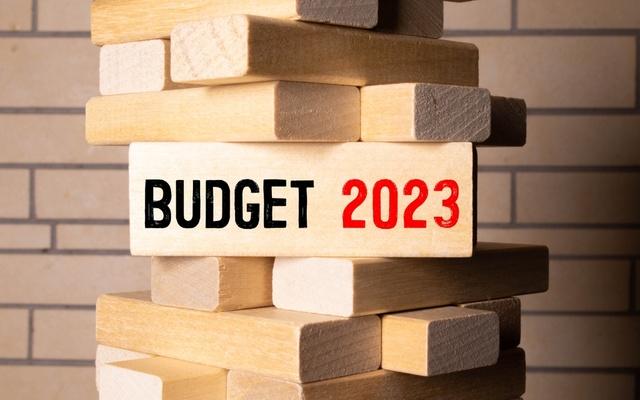 Furthermore, there are several restrictions on who can benefit from the additional deduction of Rs 1.5 lakh for home loan interest. To assist taxpayers, this limit is expected to be raised to at least Rs 3 lakh.

To benefit taxpayers and improve the appeal of the concessional tax system, the aforementioned change to the restrictions is necessary under both the current and concessional tax regimes. Remove the limit of Rs. 2 lakhs for the same-year offset of residential property loss against other heads.

Under current tax regulations, rental property losses can be offset against other types of income up to a maximum of Rs 2 lakhs in a single year. With the start of the fiscal year 2017–18, this cap on a rental property was implemented to bring it into line with the deduction for owner-occupied real estate. Previously, there was no cap on the amount of loss that might be deducted from a rental property.

The leftover loss of more than Rs 2 lakh can now be carried over for the next eight years and deducted from home property income. Carrying over the unadjusted losses from earlier years will not help the taxpayers, however, if the interest on the mortgage exceeds the rent that the taxpayers get or if the property is a self-occupied home. As a result, it is anticipated that the government will reassess the current set-off level and take into account the suffering this has created.

Give people who use a hybrid approach tax breaks or refunds: Employees are required to pay additional costs as a result of the hybrid working paradigm becoming the norm, such as the cost of setting up a home office, including chairs and desks, buying technological peripherals to maintain productivity, securing a high-speed internet connection, and providing power backup.

The workforce will also have to pay increased prices for power, phone, and internet due to rising use. If the employees weren’t working from home, none of these costs would have been incurred. Unlike self-employed professionals, employees are not permitted to claim a tax deduction for costs they incur.

Governments in other nations, like the UK and Canada, have established deductions for costs that workers incur when working from home. A tax break or other reimbursement for workers who work from home may be considered by the government in light of this and the potential that the hybrid working style will persist. Expectations for income taxes from Budget 2023 one of the key dreams that taxpayers have in their hearts is lower taxes.

Due to the growing cost of living, many people are struggling to make ends meet; as a result, a tax decrease would be welcomed. Whether it be a reduction in income tax or a broadening of the tax base, taxpayers are anxious for any type of relief that would allow them to retain more of their hard-earned money in their pockets.

The tax slabs have not changed since the Budget of 2017, except for the implementation of the new tax system, which did not garner much interest over the preceding two years. Most of the taxpayers‘ preferred exemptions and deductions, including 80C, LTA, and HRA, were removed.

The Rs. 1.5 lakh 80C limit should be reviewed by the finance minister as it hasn’t changed since 2014, despite a 50% increase in the consumer inflation index. The government may also consider making this benefit available under the new system. People will have more discretionary money due to an increase in tax savings, which will further boost our nation’s economy.

Additionally, 80C encourages taxpayers to put money into long-term savings vehicles like the Public Provident Fund (PPF), the National Pension System (NPS), and others that can offer long-term financing for national infrastructure projects.

The government should think about prolonging the advantage of inexpensive housing for two more years, acquiring electric cars, and raising the deduction amount for these costs. In addition, given the high medical costs, Section 80D restrictions on health insurance premiums have to be reviewed. It is predicted that decarburization, energy transition, and renewable energy would be prioritized in the Union Budget for 2023–2024 to reflect India’s climate obligations at the COP26 and COP27 conferences.

Even though India is presently the world’s third-largest generator of renewable energy, there is still more work to be done. Progress has been modest despite government efforts to enhance the country’s solar installations. Other nations have adopted tax breaks and incentives to promote the use of solar energy, including Sweden and Turkey.

To reach the 2030 Solar Mission Target, the Indian government should consider offering tax benefits to both individuals and companies that install rooftop solar panels. Concerns from taxpayers also cover the job situation. As a result of the pandemic’s enormous job losses, many individuals are calling for legislation that addresses layoffs and relieves the suffering of employees. The current tax laws exclude retrenchment compensation.

To qualify for the exemption, the employer must meet certain criteria, though. If the employer’s plan does not follow these guidelines, the employee might not be able to claim the deduction. Additionally, the present 5,000 rupee deduction maximum must be increased to at least 10,000 rupees. Indian income tax rates now range.

Companies are pushing for the implementation of a unified corporate tax rate of 15% to establish India as a competitive center for both the manufacturing and services industries. As a result, the manufacturing sector would be strengthened and the services sector would prosper. Concessionary tax regimes are provided to both businesses and individuals.

However, LLPs and partnership businesses continue to be subject to a 30% flat tax. The government may think about making a similar allowance for them. Overall, taxpayers want a budget that solves their issues, stimulates the economy and enhances the standard of living for individuals.

Amazon to lay off 1,000 Indian employees