RBI: Reserve Bank of India (RBI) acknowledged the FinTech sector’s importance in democratizing access to organized finance but urged caution against the sector’s potential to generate volatility in the larger financial system.

According to the RBI, large IT businesses that offer financial services put the stability of the financial system at risk because of the potential for anti-competitive behavior and a cascading impact from their intricately interconnected operational relationships with financial institutions.

The introduction of FinTech, according to the central bank’s 25th Financial Stability Report (FSR), has exposed the banking system to new risks that go beyond prudential concerns and frequently intersect with other public policy goals relating to protecting data privacy, cyber security, consumer protection, competition, and adherence to anti-money laundering policies. 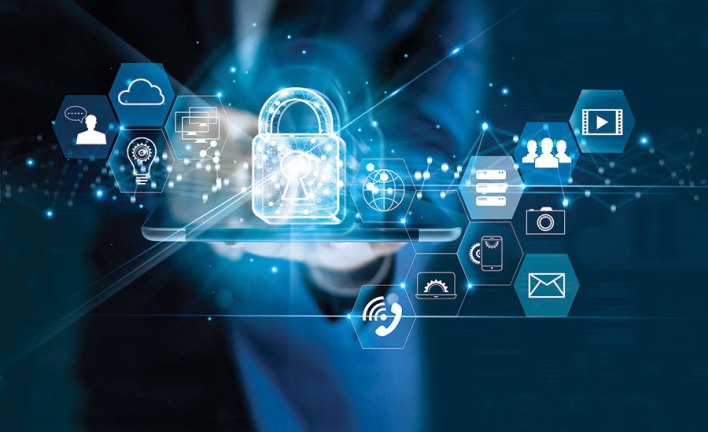 It was highlighted that big technology has the potential to grow quickly and endanger financial stability through greater disintermediation of established institutions.

According to the paper published on Thursday, “Complex intertwined operational relationships between BigTech businesses and financial institutions may contribute to concentration and contagion risks, as well as difficulties relating to probable anti-competitive behavior.”

Regulators and supervisors must strike a difficult balance between encouraging innovation and controlling threats to the stability of the financial system.

To achieve shared principles for the management of FinTech activities, including business and revenue models, governance, conduct, and risk management, it was said this calls for more interaction among stakeholders, including regulators, the FinTech sector, and academics.

The central bank persisted in devaluing cryptocurrency assets, claiming that they undermined efforts to govern exchange rates and adhere to financial rules.

In its Financial Stability Report (FSR), issued on Thursday, the central bank stated that “BigTechs can scale up quickly and represent a danger to financial stability, which can result from increased disintermediation of traditional institutions.”

According to the study, which referenced a poll, regulators and supervisors throughout the world are striving to weigh the risks and benefits of Big Tech’s entry into the financial industry.

Authorities must be aware of any potential new linkages between significant digital enterprises and existing financial institutions in the future. The financial technology (FinTech) sector has experienced rapid expansion in recent years, according to research. The size of the worldwide FinTech market, estimated at 111 billion dollars in 2020, is expected to increase to 698 billion dollars by 2030, rising at a CAGR of 20.3%.

According to the report, FinTech innovations are pervasive, particularly in retail and wholesale payments, financial market infrastructures, investment management, insurance, credit supply, and equity capital raising. These developments might result in significant changes to the financial environment.

The use of FinTech, according to the research, may promote financial inclusion, widen the range of financial goods and services, improve the efficiency of financial service delivery, and improve consumer satisfaction.

Furthermore, there are concerns about potential anti-competitive behavior as a result of the intricate operational links between BigTech corporations and financial institutions.

The regulator went on to say that the development of FinTech has exposed the banking sector to new dangers that go beyond prudential concerns and interact with issues like data privacy, cyber security, consumer protection, competition, and adherence to anti-money laundering regulations.

Additionally, it may lead to improvements in risk management, including better underwriting models, better-targeted products, and efficiency advantages in credit delivery procedures. According to the research, “Regulators and supervisors confront a complex balancing act between innovation-friendliness and controlling threats to financial stability,” which necessitates greater participation from stakeholders including regulators, the FinTech sector, and academics.

The RBI has issued a warning about cryptocurrency.

According to central bank projections, India’s fintech sector, which is one of the world’s fastest expanding, would be valued at $50-$60 billion by 2020. It is expected to develop into a $150 billion business by 2025. With an acceptance rate of 87 percent, India leads the world in fintech, and it received $8.53 billion in financing through 278 agreements in the years 2021–22.

Separately, the banking regulator cautioned customers again to avoid the rise of virtual currencies, describing them as a “risk.” RBI Governor Shaktikanta Das remarked in the report’s introduction that “cryptocurrencies pose an evident concern.” “Anything that derives value from fantasy and has no substance is nothing more than speculative behavior disguised as something else.” Technology has increased the reach of the financial industry beyond social strata and geographical borders, but Das contends that these benefits must be fully realized while keeping in mind how they may jeopardize financial stability.

Cryptocurrencies, according to monetary authorities, are not currencies since they lack an issuer, an intrinsic value, and are neither financial assets nor debt instruments. Private currencies may potentially lead to the establishment of alternative currency systems, putting sovereign authority over the money supply, interest rates, and macroeconomic stability in jeopardy, resulting in long-term instability and the “dollarization” of the economy.

The paper claims that cryptocurrencies “may impede emerging economies’ ability to handle their capital accounts, negatively affecting exchange rate management.” By enabling the circumvention of exchange rate and capital control restrictions and obstructing the effective transmission of domestic monetary policy, cryptocurrencies threaten monetary sovereignty. Price drops and other problems with these assets might cause payment systems to malfunction, which would reduce actual economic activity.

The regulator issued a warning as central banks around the world began testing central bank-backed digital currencies (CBDC), stating that switching from bank deposits to such instruments might reduce credit availability or raise credit costs. According to the BIS survey, “the majority of central banks are unsure about imposing restrictions on CBDC transactions or balances to reduce disintermediation risk.”