In a letter, some SpaceX employees criticized the company’s founder Elon Musk for his “harmful Twitter behavior.” However, nine employees were let go as a result of the letter.

Nine employees of SpaceX were let go this year after they signed a letter urging the company to condemn Elon Musk, the founder and CEO of the company that makes spacecraft, for his “harmful Twitter behavior.” The New York Times reported that the workers used the letter to denounce Musk for using Twitter to trivialize a news story that stated that SpaceX had settled a neuro sexual harassment claim against him (NYT). The following day, about 20 engineers were invited to a meeting at the SpaceX headquarters in Hawthorne, California, to talk about Musk.

What was discussed at the SpaceX meeting?

Many engineers entered the meeting expecting a sympathetic ear because some managers and executives had made it known that they did not ignore Musk’s behavior, according to the NYT article.

According to the news story that Musk downplayed, a SpaceX flight attendant claimed that the multimillionaire exposed himself to her and asked for sexual favors. However, the report stated that the company paid $2,50,000 for her silence.

According to the NYT article, there hasn’t been any prior coverage of the meeting that took place in June to discuss Musk. The meeting, according to two SpaceX employees present, quickly got heated.

According to the article, Job Edwards who is the vice president of the Falcon launch vehicles at the company SpaceX, who was in charge of the meeting, called the letter an extremist act and said the writers had been fired for destabilizing SpaceX and challenging Musk.

When asked if Musk could sexually harass his employees without consequence at the meeting, Edwards, a company senior, did not appear to respond, the two employees claimed in the article.

The employees claimed that the meeting’s recurrent theme was that “Musk could only do whatever he wanted at the company.”

The author of the article recalled Edwards saying, “SpaceX is Elon and Elon is SpaceX” during the meeting.

Nine employees were fired as a result of a letter.

Nine employees were fired as a result of the letter, according to SpaceX employees and the attorneys for the laid-off workers.

This week, “unfair labor practice charges” were submitted to the National Labor Relations Board on behalf of eight of those employees. According to the article, the accusations contended that the employees’ terminations were unlawful.

The article claims that the dismissal of SpaceX workers for speaking out against the company’s leadership raises new concerns about the management practices at Musk’s companies, where there is little tolerance for labor organizing or dissent.

Musk co-founded the electric vehicle manufacturer Tesla, which has resisted attempts to unionize its factories. According to the article, a number of Tesla employees have filed lawsuits against the business, alleging that they did not receive enough notice before a layoff in June.

Musk fired executives as soon as he paid $44 billion for Twitter in October, and then he let go of half of the company’s 7,500 employees. The article claims that Musk directed subordinates to access Twitter employees’ internal communications and public tweets, which resulted in the firing of dozens of detractors.

Six of the fired workers spoke under pseudonyms out of fear of retaliation, and their names are not given in the labour board documents.

The writing of the letter was probably protected by the National Labor Relations Act, which grants employees the right to band together for “mutual aid or protection,” according to legal experts. According to the article, the letter urged SpaceX to more vigorously enforce its anti-harassment policies in addition to addressing Musk’s online conduct. 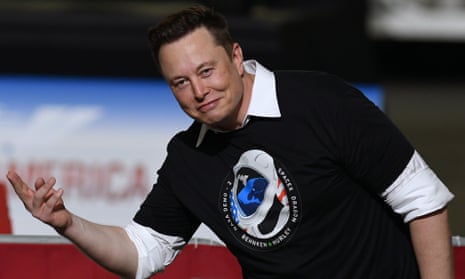 Tom Maline, an engineer who spent more than eight years working for SpaceX before being let go in June after aiding in the letter-writing effort, is one of the fired workers.

The article quotes Moline as saying, “It was very hard for me to believe what was happening because it was so brazen.

A little over 11,000 people work for the spacecraft manufacturer SpaceX because of its goal to send people to Mars. In 2002, Musk launched SpaceX. The company wants to turn people into a “multiplanetary” species.

According to the article, a number of the former workers who brought the labor claims claimed in interviews that Musk’s diversions occasionally undermined SpaceX’s mission. The fact that there has been a culture that seems to tolerate sexual harassment and gender discrimination, according to the employees, is even more troubling.

Last year, a worker wrote an essay in which she discussed sexual harassment.
The essay, written by a former worker and published in December 2021, detailed numerous instances of harassment and also groping by coworkers. She claimed there had been little to no follow-up after she had reported the incidents, according to the article.

The article claimed that after the employee’s essay surfaced, other workers started speaking up about what they also perceived to be a “pattern of predatory behavior” by male employees.

Employees claim that SpaceX is predominately male. The Verge reported that five former SpaceX employees complained about harassment at the company in December 2021. The president and also chief operating officer of SpaceX, Gwynne Shotwell, had previously stated that an internal audit would be conducted before a third-party audit.

Musk denied the accusations made against him by a SpaceX flight attendant in May 2022.

Business Insider revealed in May of this year that SpaceX had paid $2,50,000 to a flight attendant who had claimed Musk had approached her and asked for sexual favors. Later, Musk claimed the incident “never happened” on Twitter.

Several employees reportedly stated in interviews that they were very shocked when Musk made light of the sexual harassment claims on Twitter.

Several workers were angry with Shotwell, whom they claimed to have considered an ally.

I had so much respect for her in the beginning, admitted Paige Holland-Thielen, one of the fired engineers and letter organizers.

Many workers claimed that SpaceX’s response to the earlier harassment allegations had already damaged their perception of her. After Shotwell sent an email to the entire company stating that she did not believe the accusations against Musk, their perception of her was further tarnished, according to the article.

The president of SpaceX sent Musk a supportive email.

I have worked very closely with him for 20 years, and I have never seen or heard anything like these allegations, the author claimed. The email was reported by CNBC in May.

As a result of Shotwell’s email, staff members began composing an open letter. According to the article, some participants stated that despite their frustrations, they hoped to convey a desire to collaborate with executives on a solution. According to the article, the workers did not want executives or other coworkers to interpret their effort as the beginning of a union campaign because Musk and SpaceX were well known for their adamant anti-union stance and because the company mandates managers receive training on how to discourage union activity. 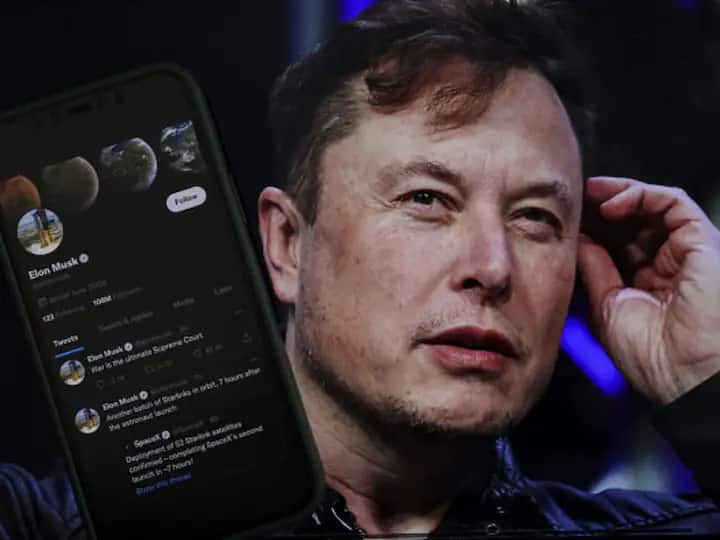 When someone mentioned or shared information from a real labor union, Holland-Thielen, who had taken the training course as an engineering lead, said they should save that for a different conversation.

How to write a letter: the writing process

Two different avenues were used to write the letters: one was the workers’ personal software, which was only visible to a small group of colleagues, and the other was a collaboration platform used by everyone at SpaceX, where workers came up with “action items.”

One suggestion made in the letter, according to the NYT article, stated that SpaceX should disclose any additional harassment claims made against Musk, and another called for a public statement from the spacecraft manufacturer. These suggestions demonstrated that Shotwell’s email regarding the accusations did not reflect the opinions of all employees, according to the article.

What response did the letter get?

Shotwell reportedly wrote on the internal working platform: “As always, I appreciate reading and hearing ideas to help make SpaceX better,” according to a screenshot seen by NYT for the article.

According to the document, Elon’s actions in public are a “regular source of distraction and embarrassment for us.”

According to the article, the letter received more than 400 signatures, many of them anonymously, and internal data indicated that over 1,000 people viewed it within a short period of time.

Managers seemed to be in favor of the article. According to meeting minutes that were circulated internally and obtained by NYT, Edwards declared that two of the three suggestions in the letter were “great ideas” in a meeting that was held after the letter’s publication. A third suggestion, however, that SpaceX distance itself from Musk’s “personal brand,” was deemed to be “more tricky” by him.

According to the article, employees at SpaceX’s highest levels claimed that the reaction quickly turned hostile. 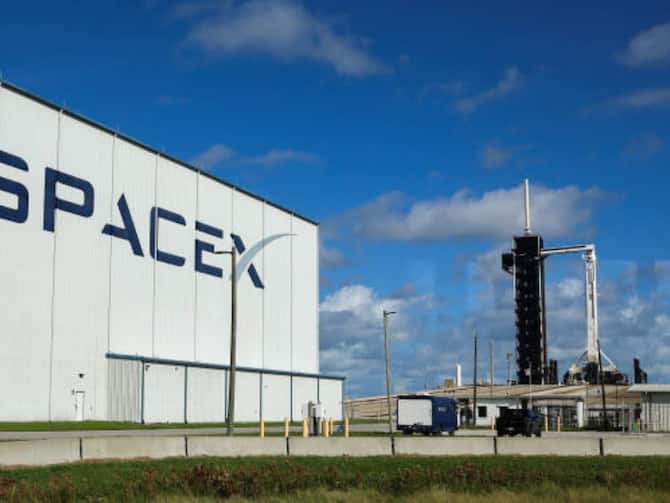 Unknown coworker referred to the letter as “distracting.”

The Information reported that Shotwell forwarded an email to Moline and Holland-Thielen with comments from an anonymous coworker who disagreed with the letter and called it “distracting.”

Shotwell requested that you immediately stop clogging up employee communication channels in her email. According to the NYT article, she had senior company officials copied on that email. She continued, saying: “You will be punished for disobeying orders if you ignore my email. Please concentrate on your work instead.”

After the news outlets published the letter, five employees were let go.
The following morning, news outlets covered the open letter, and by the afternoon, Moline, Holland-Thielen, and three other employees had each received a call from human resources informing them that they had been fired. According to the article, four of the workers claimed that a representative mentioned their involvement in writing and distributing the letter.

Shotwell, who joined those conversations remotely, emphasized that a significant amount of company time had been wasted by the employees.

Federal labor law generally protects letters asking for clarification of a company’s sexual harassment policies, according to Wilma Liebman, a former chairwoman of the National Labor Relations Board under former US President Barack Obama. In the article, Liebman stated that SpaceX might contend that the authors of the letters intended to criticize Musk, which is not necessarily protected speech, rather than enhance their working environment.

According to the article, she claimed that the “labor board” would likely disagree because Musk’s posts that were criticized by the employees could be viewed as fostering a hostile work environment.

SpaceX dismissed four more workers who, according to the company, were involved in the letter.

After the company looked into the employee’s involvement in the letter, two more were let go from SpaceX in August. In August, SpaceX fired a ninth worker whom the company suspected of being involved in the letter. The employee, however, denied this.

According to the article, Moline and Holland Thielen asserted that Shotwell may have yielded to pressure because of the firings’ abruptness.

According to Moline, Shotwell was doing a good job defending SpaceX employees from some of Elon’s and others’ worst impulses, but when he finally realized that she was not the savior, his trust in her was destroyed.