Similar to how the first-quarter GDP statistics less than two weeks ago caught analysts off guard, last month’s price increase was more than expected. While the 13.5 percent real GDP growth fell short of estimates, including the central bank’s, by 2.5 to 3 percentage points, headline retail inflation, at 7% year-over-year in August, deviated less from the consensus, at 6.9%. The meagre 2.4 percent increase in industrial output in July over the same month last year has added to worries about the growth shortfall.

The most recent figures add to the uncertainty around whether the current inflation event is over. This increased compared to July’s 6.7 percent, but there are still no definite indications of a stabilizing rebound. Macro stability factors make it difficult to determine which side of the equation the central bank will prioritize at its review meeting at month’s end. There are no simple decisions. With a sequential drop of -1.4 percent in seasonally adjusted terms, the April-June quarter’s weaker-than-expected growth was the second-worst among G20 countries (an overall contraction of-0.4 percent), behind only China’s -2.6 percent, according to the OECD.

The biggest decline was in net exports, which might be made worse by a future slowdown in the global economy. Sequential reductions in the industries of manufacturing, construction, commerce, hospitality, transport, and communication services were indicative of supply-side problems. In reality, the trade, hospitality, and transportation sectors shrank significantly from April to June 2019, when they lagged at 84.5 percent, while construction increased by 1.2 percent.

Due to anomalies in Q1:FY21 and Q1:FY22, industrial output progress is also best compared to April through July 2019. Industrial production increased by 5% in the first quarter of this year over Q1:FY20 before dipping to 2.1% in July. Use-based production statistics are a reliable indicator of the strength of customer demand.

Here are some discouraging signs: Production of consumer durables decreased from April to June 2019 by 7.9% percent, or to 92.1 percent of its previous level; production of non-durables, which more accurately represents lower-end consumption demand, still lagged at 98.8 percent of its previous level; and production of capital goods decreased by 4.4%. There were no discernible gains in July 2022 over July 2019; durable goods fell by 6.8%, non-durables by 2.5%, and capital goods output increased by 6.5% after falling by 7% year-over-year in July 2019.

Many concerns arise, including if the rebound is self-exhausting even before full recovery of an uncertain and uneven resurrection as sizable portions of the service economy lag, to name a few. From the perspective of aggregate demand, it is important to note the growth deficit in the trade, hospitality, and transport categories, as well as the weak growth of the construction sector. These are comparable informal economic sectors that employ many low-and semi-skilled workers; a decline over a three-year period could indicate permanent harm or decreased potential output. In this setting, there is ambiguity over the extent of the production gap due to persistently high inflation, high unemployment, and anecdotal indications of a K-shaped recovery.

Growth vs inflation: India’s economy will be put to the test as interest rates rise.

Last quarter, solid spending helped India’s economy expand at its quickest rate in a year, but the rate of growth is expected to decline as officials emphasize higher prices above growth. According to a Bloomberg survey of experts, the gross domestic product is predicted to increase 15.4% in the three months leading up to June from the same period last year. With a 4.09 expansion in the preceding three months, that is the quickest reading since the April-June quarter of 2021. The impetus was increased by the resumption of activity in India’s main services sector after the easing of pandemic restrictions and a record increase in exports. Since the central bank increased rates by 140 basis points this year to bring price increases under its 6% goal cap, the pace will probably slow in the upcoming quarters.

“The RBI will continue to focus on limiting inflation because of the robust GDP backdrop,” Rahul Bajoria, a bank economist at Barclays, said. That makes its short-term policy decisions rather apparent.” He predicted that the rate would rise by 50 basis points across two meetings in September and December.

The third-largest economy in Asia, according to the International Monetary Fund, should continue to develop faster than the rest of the globe this year and in the next two years, the lender projects. India has to expand quickly in order to draw in investors and provide jobs for its expanding population.

A global recession will have an impact on the Indian economy in addition to rate increases. Indian exports may suffer as a result of the US Federal Reserve’s determination to maintain high rates until inflation is under control. This will weaken domestic output.

Following central bankers’ hawkish speech in Jackson Hole, the Indian rupee Tuesday plunged to a new record low, and major market indexes fell amid a worldwide spike in risk-off sentiment. On the household level, challenges are still present due to the growing cost of important commodities like rice and wheat due to factors like climate change. This might rekindle food inflation, which makes up almost half of the basket of prices in India’s consumer price index if it is not stopped.

See also  Does India's economy experience a K-shaped recovery in 2021-22? 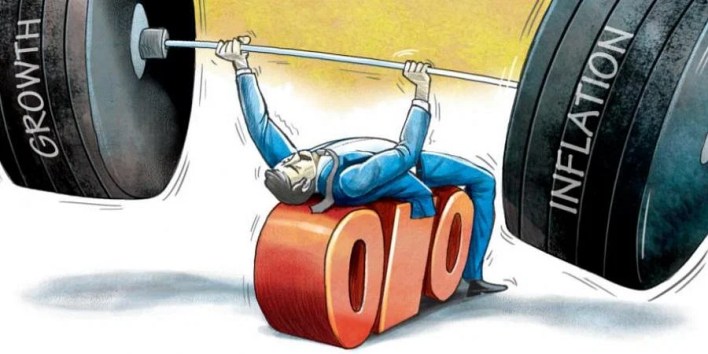 According to Radhika Rao, an analyst at DBS Bank Ltd., “exogenous variables will work as counterweights, including the impact of the heat wave on farm production followed by an inconsistent start to the monsoon, a steep spike in commodity prices impinging on corporate margins, and an uncertain global environment.” At this time, indications are sending conflicting messages about future action. Despite a decline in global demand, government expenditure and potential increases in private investment are raising expectations of a recovery.

“Capacity utilization in the manufacturing sector has now increased as the growth recovery moves forward,” Gauru Sen Gupta, an economist at IDFC First Bank Ltd., said.”As long as businesses’ perspective on a rebound in GDP continues to be optimistic, this is likely to encourage an improvement in investment.”