Yes Bank reported a 32% decline in net profit for the quarter ended in September 2022 compared to the same period in the last year due to higher provisions. Due to a growth in loans of 11% and a 0.4% increase in the net interest margin to 2.6%, its core net interest income climbed by 31.7% to 1,991 crore during the quarter.

According to a note from ICICI Securities, “The miss (in earnings) was principally attributable to higher than anticipated credit cost at 1.1 per cent, which was accelerated by ageing-related provision and stepped up in provision on securities receipts.”

Brokerage firms observe a shift in crucial operational parameters and a rise in confidence in the franchise’s durability. The stress pool’s delayed resolution, its 4.3% net labelled exposure, its moderate RoE profile throughout the transition, and the supply overhang following the expiration of lock-in shares are all concerns that are known to the company. The Hold rating has been kept on Yes Bank shares by ICICI Securities, and the target price of 15.7 rupees per share remains the same.

“High provisions, which grew by 54 per cent YoY, resulted in a 32 per cent YoY drop in net earnings for Yes Bank. Deposit growth was strong, increasing by 3.5% QoQ (13.2% YoY), while advances grew at a robust 3.2% QoQ (11.3% YoY),” said another brokerage and research firm Nirmal Bang.

The ARC purchase is expected to relieve pressure on the balance sheet and free up management resources for commercial expansion at the bank. By the end of November, the management expects the transaction to be completed. The operating figures were consistent, the statement claimed, with a margin improvement and a sizable increase in non-interest revenue.

“Based on branch development and technological initiatives, operating expenses were high. The bank anticipates finishing fundraising by the end of FY23 while it waits for RBI’s permission. With a target price (TP) of $14.8 per share, the brokerage firm has kept its Sell recommendation on the bank shares. We have not accounted for any capital infusion in our projections, and we will carefully monitor approvals before making any changes,” according to the brokerage house.

Rana Kapoor and Ashok Kapoor launched Yes Bank, an Indian bank with its headquarters in Mumbai, India, in 2004.

Through retail banking and asset management services, it provides a wide range of unique solutions for corporate and retail consumers. The RBI took control of the bank on March 5 to prevent its collapse due to an overwhelming volume of bad loans. Following a board restructuring, the RBI appointed Prashant Kumar, a former State Bank of India CFO and deputy managing director, as MD & CEO of Yes Bank. Sunil Mehta, a former non-executive chairman of Punjab National Bank, was designated Yes Bank’s non-executive chairman.

To regain the trust of customers and depositors, the bank’s management, under the new direction of Kumar, right away repositioned itself and dealt with all internal and market-related challenges. Mehta pledged shareholders of a quick recovery under the joint efforts of the new board and management, even as the RBI, State Bank of India (SBI), HDFC Bank, ICICI Bank, Axis Bank, and other institutions provided help through a historic Yes Bank Reconstruction Scheme 2020.

Yes Bank Ltd. closed its follow-on public offering (FPO) in July 2020 and received 95% of the subscription, which institutional investors led.

The bank introduced a digital wallet called Yes Pay in October 2017 that integrated with BHIM and UPI. A Memorandum of Understanding (MoU) between Yes Bank and the government was signed on November 3 to give 1,000 crore ($12 billion or $150 million in 2020) in finance for food processing facilities. 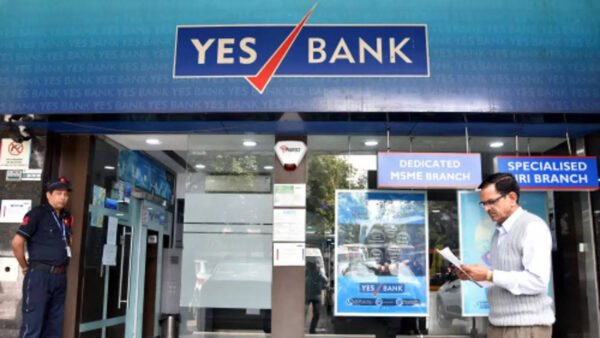 As of September 2018, Yes Bank had borrowed syndicated loans of US$30 million to US$410 million from eight major international organisations, including ADB, OPIC, European investment bank, and banks in Taiwan and Japan.

To support female entrepreneurs, it collaborated with Wells Fargo and the US government’s OPIC.

To protect its customers and depositors, the Reserve Bank of India (RBI) declared on March 5, 2020, that it would suspend and replace Yes Bank’s board of directors and impose a 30-day suspension on the bank’s operations. The RBI justified the ban by pointing to Yes Bank’s failure to secure additional money to pay for its non-performing loans, false representations about its ability to secure additional funding, and underreporting of those assets, among other things.

Customers of Yes Bank were only allowed to withdraw up to 50,000 ($630) from their accounts each month during this time, except for certain circumstances like medical treatment, emergencies, higher education costs, and necessary expenses for ceremonies like weddings (subject to RBI approval).

SBI would acquire a 49% interest in Yes Bank and install a new board of directors as part of a proposed turnaround plan, according to Finance Minister Nirmala Sitharaman and RBI Governor Shaktikanta Das.

The ban interfered with many e-commerce sites, making it difficult for customers to conduct online business or use well-liked payment methods like UPI.

The bank ended the suspension and resumed full-fledged banking activities on March 18, 2020, some 12 days later. This followed an agreement to inject capital into Yes Bank from a group of eight public and private banks, led by the State Bank of India. And only nine months after the ban was put in place, Yes Bank started to recover. The bank would not need to use the capital for additional operations because its operational profits and recoveries were enough to pay credit expenses.

The Union Cabinet approved the Yes Bank rehabilitation plan on March 13, 2020, with the provision that the moratorium would be lifted three days after the plan was announced. Seven investors contributed 12,000 crore (US$1.5 billion) to Yes Bank during this reconstruction, and Prashant Kumar was suggested as the bank’s new CEO.

The core bonds issued by Yes Bank, valued at 52,600 crore (US$6.6 billion), were reduced to a “D” rating by ICRA and to a “Caa3” rating by Moody’s on March 6, 2020. Rana Kapoor, the founder of Yes Bank, was detained by the Enforcement Directorate on March 8 on suspicion of money laundering.

Securities and Exchange Board of India, the market watchdog in India, proposed a fine of 25 crore on Yes Bank Ltd. in April 2021, alleging that the bank had fraudulently marketed many dangerous bonds without providing the appropriate risk assessments and warnings. The Securities Appellate Tribunal (SAT) placed a temporary hold on SEBI’s order in May 2021. Both the Bombay Stock Exchange (BSE) and the National Stock Exchange of India (NSE) list Yes Bank’s stocks, while the London Stock Exchange lists its bonds. Following its IPO in June 2005 with a face value of 10 and an issue price of 35, Yes Bank was listed on the Indian stock exchanges.

Yes bank has improved its governance and risk procedures under the new leadership while avoiding reputational issues. The bank’s liquidity profile is significantly higher than the necessary regulatory standards.

The board authorised the sale of debt securities for INR 10,000 crore in June 2021.
Yes bank reported major increases in operational earnings (42% year over year) and deposits (55% year over year) in the fiscal year 2020–21. Through follow-on public sales in July 2020, the bank’s recapitalisation initiative raised $15,000 crore. Yes bank expects to disburse Rs 10,000 crore in retail and MSME loans in Q3 of FY21 while focusing on digital payments and increasing its market position in UPI and IMPS transactions.

Due to market conditions, Yes Bank cancelled its planned $1 billion share offering in September 2016. The company then attempted to restart its unsuccessful capital raising campaign after selecting a fresh group of bankers.

The long-term issuer rating for Yes Bank was upgraded by Moody’s in August 2020, going from Caa1 to B3. CARE Ratings upgraded the infrastructure bonds issued by YES Bank from a “CARE B” rating to a “CARE BBB” rating in November 2020. Additionally, it changed the outlook for the aforementioned instruments from “Under credit watch with developing implications” to “Stable.” The new rating for the Upper Tier II Bonds and Perpetual Bonds (Basel II) of Yes Bank is “CARE BB+,” as opposed to the prior “CARE D.”