The buzz around cryptocurrencies is huge, and it is something that almost everyone with an investor mindset has considered buying. However, to succeed in the industry, you must be aware of some of the common terminologies used by crypto enthusiasts. In this Bitcoin era, knowledge is key if you want to be cautious about your investments. The crypto sector has coined a few terms to help investors grasp and comprehend their activities. The Cryptocurrency sector has been around since 2009, yet we still do not know much about it. Let us discuss some of the trending terminologies in the crypto industry.

A blockchain is a digital or virtual ledger that keeps track of how each transaction is recorded, categorized, and processed. Every time a person trades Cryptocurrencies, an entry is placed on the ledger. The blockchain process is overseen by a group of individuals known as an authority. It is not based on just one social media platform.

With the support of the internet, a blockchain can run on any device. The decentralized network and the processing capacity of the machines employed combine all of the processed transactions that are kept in the ledger. Every transaction is heavily encrypted, and it is impossible to modify or reverse any of them. 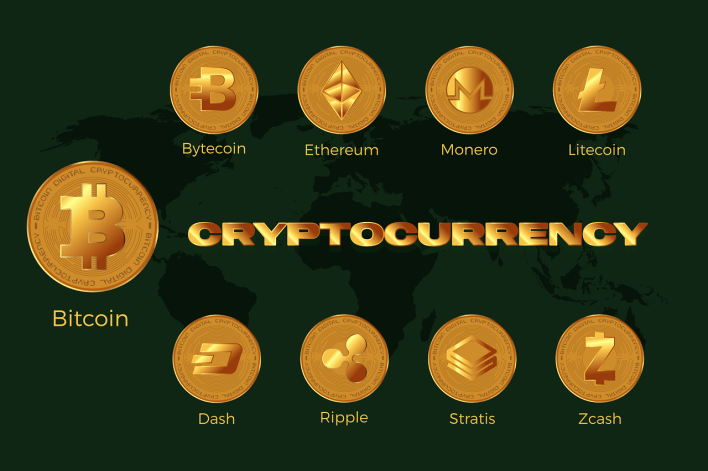 An altcoin is any Cryptocurrency that is not classed as Bitcoin. Altcoins are constantly being added to the list all across the world. Ethereum, Solana, Tether, and Basic Attention Token are among the top-performing Cryptocurrencies on the global market. This distinction was developed because most people confuse all digital currencies with Bitcoin, which has been quickly gaining in popularity.

A crypto wallet is necessary for crypto investors. Without a secure wallet, investors run the risk of losing their coins at the hands of hackers. A program allows users to store and recover their Cryptocurrency. These wallets allow users to store a variety of digital currencies in one location. The currency is not held in the wallet; rather, the wallet has preserved the position of the digital currency on the relevant blockchain. Wallets are classified into two main categories. One is a hot wallet, which is described as a wallet that is linked to the internet. The easiest approach to keep one’s Cryptocurrencies safe is to use a cold wallet. Physical wallets can also be used to safeguard Cryptocurrencies from hackers. They are commonly in the form of USB flash discs.

In the field of Cryptocurrency, the phrase “mining” is often used. If you are in contact with a Bitcoin enthusiast who is passionate about making others aware of the crypto market, you must have heard this term already. By demonstrating the capacity to solve challenging mathematical problems, a computer may mine Bitcoin. The computing power of a computer is determined by its operating system.

You will be able to obtain a unit of the digital money you are trying to mine if the computer you are using is the fastest in the race. There are certain digital currencies that do not have a limit when it comes to providing, but there are some exceptions. The highest number of Bitcoins that can ever exist in the market is set at 21 million. The final Bitcoin is expected to be mined around the year of 2140 or maybe sooner.

Non-Fungible Tokens is the full name of NFT. These virtual tokens cannot be replaced or reversed. This requirement for these tokens is applicable to everything that permits the system to employ digital currency. Many individuals have a habit of collecting objects like as old clocks, clothing, postcards, and so on. However, with the advancement of technology, anything can now be gathered and exchanged as an NFT. On the social media network, these tokens also serve as status markers. There is a restriction. Cryptocurrencies are the sole way to purchase an NFT. These NFTs may be found at auctions, the trade market, and a variety of other places.

Bitcoin’s maximum has been set at 21 million. The wallet in Cryptocurrency is referred to as a Cryptocurrency wallet. The easiest approach to keep one’s Cryptocurrencies safe in this bitcoin era is to use a cold wallet. The Cryptocurrency sector has been around since 2009, yet we still do not know much about it. A blockchain is a digital or virtual ledger that keeps track of how each transaction is recorded, categorized, and processed. This distinction was developed because most people confuse all digital currencies with Bitcoin, which has been quickly gaining in popularity. This post has gone through some of the terminologies used in the Cryptocurrency sector. You can read more if you wondering whether buying Bitcoins is a good investment or not.

See also  In India, why insurance is the least sought after investment option?

Top 5 Cryptocurrency Frauds in the World

HOW TO REMOVE CRYPTO MINING MALWARE?