“Most of the time, strengths and weaknesses are the same things. “What’s good in one situation can be bad in another.” — Steven Jobs. When WhatsApp entered India’s busy UPI (Unified Payments Interface) market more than a year ago, the wise words of Apple’s founder may have echoed through the office hallways in Gurugram. The National Payments Corporation of India (NPCI), which runs the UPI platform, worried that the instant messaging app with more than 500 million users in India could become a significant payment player overnight. So it gave the app permission to launch in stages.

Last month, WhatsApp Pay got the green light to add up to 100 million customers. It had 20 million sign-ups by the end of November last year when NPCI permitted it to reach 40 million paying users, which WhatsApp Pay did by April of this year.

“Because WhatsApp was released in stages, it could never really compete with other UPI players. “Customers were used to making UPI payments through certain apps. It never occurred to them to pay with WhatsApp, even though they signed up for WhatsApp Pay when it became available,” says a venture-capital investor with multiple investments in the payments space.

As of right now, WhatsApp hasn’t even made a ripple in the UPI space. Even though the number of WhatsApp payment users went from 20 million to 40 million between November 2021 and April 2022, the number of transactions stayed lower than in October. 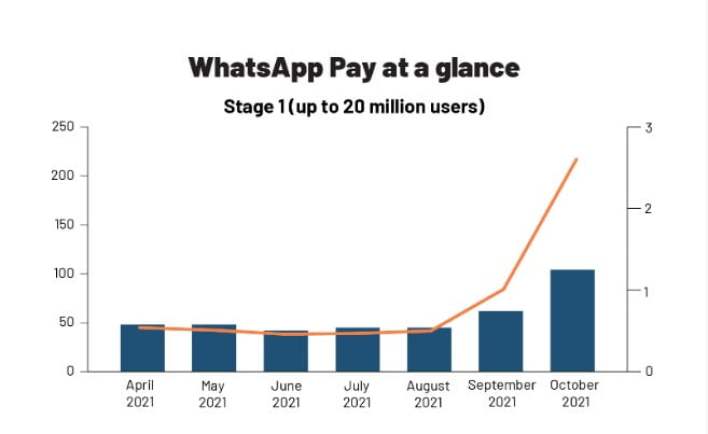 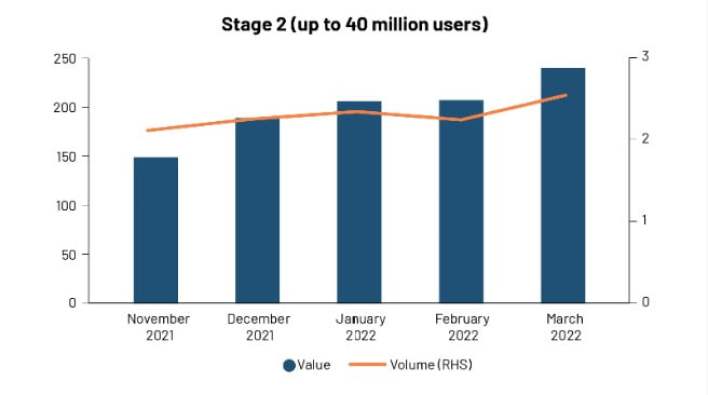 Was it coming out in stages the only thing that slowed down WhatsApp Pay? Or did it not grow in India because of something else? Can cashback help WhatsApp’s business with payments?

A slow start, but a lot to come

When both the sender and the person who gets the money are on WhatsApp, the payment process goes smoothly. But the experience was broken because there weren’t many people using WhatsApp to pay until recently. QR codes made it easy for people to pay merchants, but people don’t often pay each other because they don’t know where to find their QR codes in the UPI app.

WhatsApp had planned to offer cash back as an incentive for people to pay with its app. WhatsApp offered cashback for a short time last year, but now that more people are creating UPI handles on WhatsApp, it has a more extensive base to build on and make a habit.

“The biggest problem is that the company is full of itself, thinking that customers will use it for payments just like they did for messaging. Payment is more complicated and needs to become a habit. “They never had a payments strategy, to begin with, and now they seem to be waking up to the fact that customers need incentives to change their habit of paying with Google Pay or PhonePe,” says a senior executive at a private bank.

Even though Amazon Pay and WhatsApp have about the same number of users, WhatsApp only records about 3% of transactions compared to Amazon. In the same way, WhtsApp has many more users than Cred. But it could only handle one-fifth as many transactions as Cred did in March 2022. In terms of the value of the transaction, it was only 1.5%. PhonePe, Google Pay, and Paytm are far ahead of WhatsApp regarding payments.

See also  Why Are Countries Unable To Make A Solid Crypto Decision? 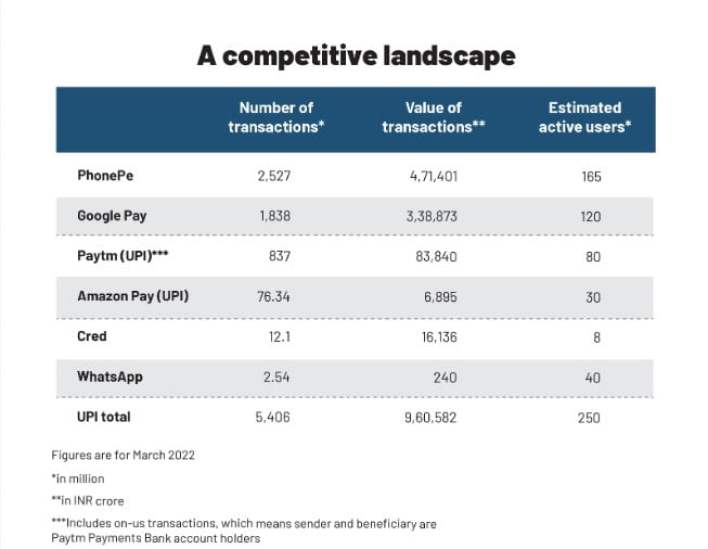 The NPCI’s step-by-step plan doesn’t have a set date, and the limit is raised when WhatsApp reaches a particular milestone. The Reserve Bank of India (RBI) and the National Payments Corporation of India (NPCI) also had doubts about how well WhatsApp Pay met the requirement that payment data be stored in India. This slowed down the launch of UPI on the messaging platform.

“At this point, the cap and the raising of the ceiling are just for show. This gives a sense of control over WhatsApp’s growth in payments and gives others in the space confidence that they have enough time to come up with ways to compete with WhatsApp, says the head of the digital payments vertical at a central bank.

Early last year, NPCI set a limit of 30 percent for the market share of a single UPI app for new players. Existing players had until the end of this year to comply. PhonePe and Google Pay have more than 30% of the market right now, and if they want to lose market share, the pound of flesh should go to WhatsApp Pay because Paytm, Amazon Pay, and Cred have already stopped growing. 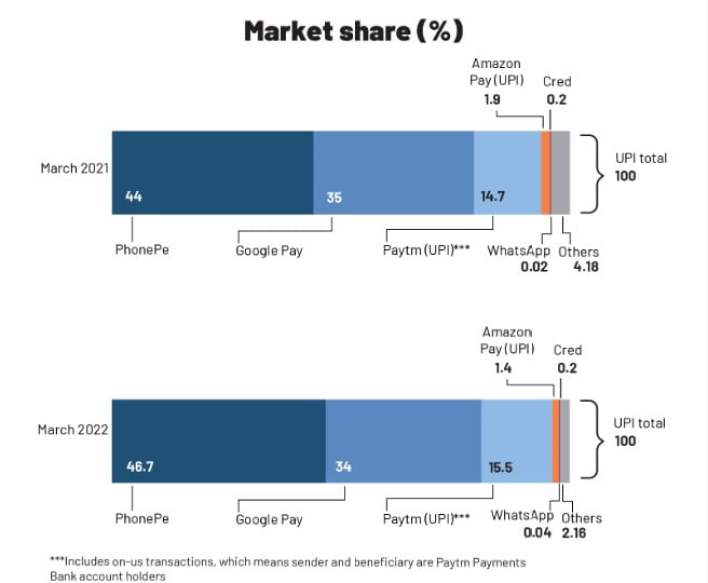 “For NPCI, it’s important that the top two lose market share to the newer players so that no one goes over the 30 percent limit by this year. “Increasing the number of WhatsApp users to 100 million is also a step toward this goal,” says the banker above.

The problems with big banks

A private bank surveyed customers about UPI and found that many failed transactions and the lack of other UPI users on WhatsApp Pay were two of the main reasons customers liked other payment apps better. It also showed that most customers thought it was easier and safer to separate payments and messages.

“WhatsApp gave us the impression that it is neither ready nor sure about payments,” the banker says.

In theory, sending money should have been as simple as sending a picture. It’s not, though.

SBI, HDFC Bank, ICICI Bank, and Axis Bank are the banks that work with WhatsApp for UPI. But there have been more failures because the digital infrastructure of the partner banks isn’t as good as it could be. Due to the high number of failed payments, WhatsApp has had to slow down costs. The company was worried that if customers had a bad experience, it would hurt the chances of its payments business, even before it was available to everyone.

“A lot of transactions failed because they ran out of time. “That hurt WhatsApp Pay’s reputation a lot, and customers thought the problem was with the payments app and not with the bank,” says another banker.

Even though there was a commission called MDR that tried to sell the idea to banks, they still didn’t like it (merchant discount rate). MDR on UPI payments was taken away starting in January 2020, making it even less appealing to banks. Large banks didn’t want to use UPI. In 2017, a few months after demonetization, ICICI Bank told its customers they couldn’t use PhonePe.

The NPCI and the RBI thought that UPI wouldn’t work without the help of big banks, so they convinced SBI, HDFC, and ICICI to work with Google Pay, Amazon Pay, and WhatsApp Pay. Before the Yes Bank crisis, the multi-bank model was not set in stone.

Up until about three years ago, 90 percent of UPI transactions were handled by Yes Bank. Even today, the bank still takes about 42 percent of UPI transactions. Even though they had so many customers, Yes Bank’s transaction decline rate (TD), when a transaction fails because of a technical problem like a server being down, was among the lowest at 0.15 percent. The speed at Axis was 0.18 percent, while the rate at ICICI Bank was 0.55 percent and the rate at SBI was more than 1 percent. UPI was slowing down the networks of SBI and HDFC Bank, which were the two banks that sent the most money through the payments platform.

When WhatsApp Pay first came out in late 2020 and early 2021, its launch partner, ICICI Bank, had an average TD rate of 1%, while SBI’s rate went as high as 9% in just one month.

“There is no business reason for this multi-bank model. Large banking partners don’t work as quickly as fintech companies would like. The cost of running UPI systems is very high, and it takes a lot of work to deal with and solve customer complaints, process refunds, and keep and run UPI handles. “WhatsApp has found that some of its banking partners don’t do that,” says the digital head of the private-sector bank mentioned earlier.

Yes, Bank and Axis Bank were happy to work with UPI, but the two big private banks and SBI were not. Banks like Federal Bank, State Bank of Mauritius, and RBL Bank work with fintech companies like neobanks, prepaid and BNPL (buy now, pay later) cards, and even fintech-lending products.

Fintech companies give smaller banks access to customer data and access to customers. Aside from the banking or payment fees they pay, fintech companies also keep a minimum balance in these banks. This helps small banks lower their cost of capital. Most of the time, these are current accounts, and the bank is not required to pay these companies any interest. This helps the banks because they aren’t interesting enough for people to open savings accounts with them. These business accounts bring in 10–20 percent of the money that many small banks need.

Other changes and difficulties

WhatsApp has a secret weapon that it hasn’t been willing to use. Many small businesses and service providers use WhatsApp Business, like Kirana stores, hotels, and transportation companies. It is used by even big companies like MakeMyTrip, BookMyShow, and some banks.

Once most of WhatsApp’s messaging customers use its payments platform, it will be easy for the companies to add another way for customers to pay. These businesses now ask customers to pay through Google Pay or Paytm on WhatsApp chat.

“The problem is that WhatsApp Business costs money, so it can’t push or force its business customers to use WhatsApp Pay. It could offer the “business” service for free and ask those customers to use WhatsApp Pay. “Its biggest challenge, though, is not to turn the messaging platform into a business platform and ruin the messaging experience for millions of users,” says the digital head quoted earlier.

WhatsApp has been moving slowly toward its “business” goals. It costs about 50 paise for a business message, but only 15 paise or less for an SMS. Even when a customer agrees to get business updates on WhatsApp, they do so transparently, and this helps the messaging platform control how personal the app is used.

Due to the above problems, WhatsApp has had to stay a small part of the UPI ecosystem. NPCI says that about 250 million people use UPI, and WhatsApp has twice as many users as UPI, so everyone will benefit if it can get more people to use UPI on its platform.

RBI has told banks multiple times to improve their digital skills, and they have. Over the past 18 months, the TD rate on UPI has slowed down, and it looks suitable for WhatsApp.

“Once the rollout is complete, a small push will give WhatsApp an edge over its competitors because of how smooth it is to use. More cashback, payments that work with small businesses, and a certain number of people could change the story. It also has to find new UPI users and bring them to its platform. “That’s its strength,” a founder of a fintech company says. 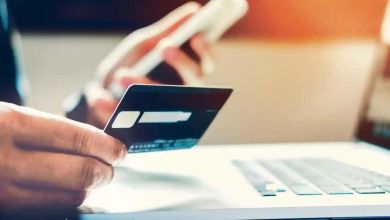 Can fintech companies outperform traditional lenders by offering their own ‘credit’ cards? 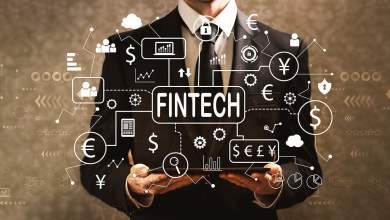 Fintech Market Trends and Insights for 2022 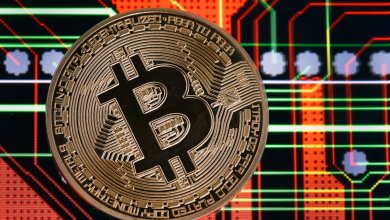 Why Are Countries Unable To Make A Solid Crypto Decision? 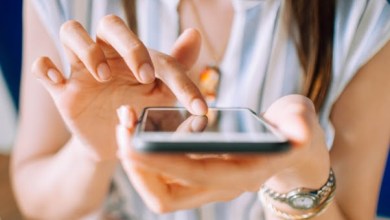