It is March 2021 and the world just celebrated International Women’s day- a day meant to celebrate, acknowledge and honour the women around you.

In a similar attempt to capitalise on International Women’s day, the globally renowned fast-food chain Burger King witnessed a terrible failure. The day that started as a revolution is soon taken over by companies and corporates as a means to promote and advertise.

Even though the list of what women want is still a long one starting from something as basic as equal opportunities and equal pays, what women seem to instead get are chocolates and spa discount coupons. If you ever wonder why the mystery of what women want never gets solved, it is because we don’t listen to women when they are explaining what they want.

If you think of it, International women’s day was started by socialist women, those that question the structure and organisation of capitalism, and the day is being used to advocate promotion and advertisement of brands, a tool to promote capitalism. Oh, what irony! 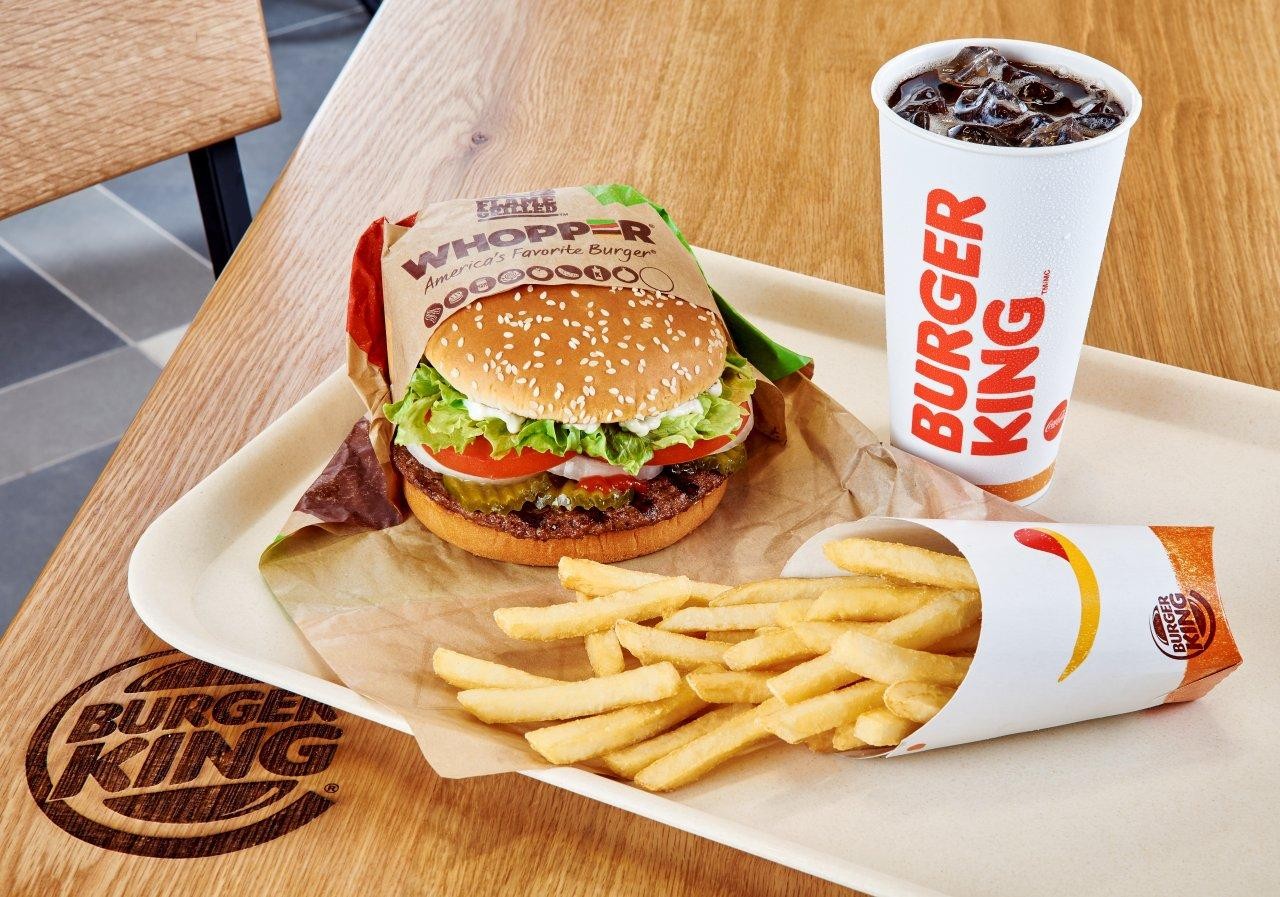 In a similar attempt to capitalise on International Women’s day, the globally renowned fast-food chain Burger King witnessed a terrible failure. On March 8, the company’s Twitter handle uploaded a tweet saying ‘Women belong in the kitchen’.

Now, hold before you get all hyped because the company really didn’t mean it that way and actually had nothing but good intentions behind it. To make sense of what I’m saying, here’s a little backstory.

In data made available by various sources for 2019, fewer than 7 per cent of head chefs and restaurant owners were women. Strikingly enough, this fact exists although women have been culturally placed at the centre of the Burger King kitchen for years.

It is because women cooking at home is seen as a domestic activity, and not a real job because apparently women are supposed to do it.

Oh, and let’s not talk about the pay gap between a man and woman in the same position, including posts of head chef.

These few parameters particularly are the reasons why the restaurant industry is explicitly dominated by males, with mostly men acquiring positions of head chef and restaurant owners. The tweet made by Burger King was basically an attempt to draw attention to this crucial information about their very own industry, and what better day to point it on than international women’s day itself. 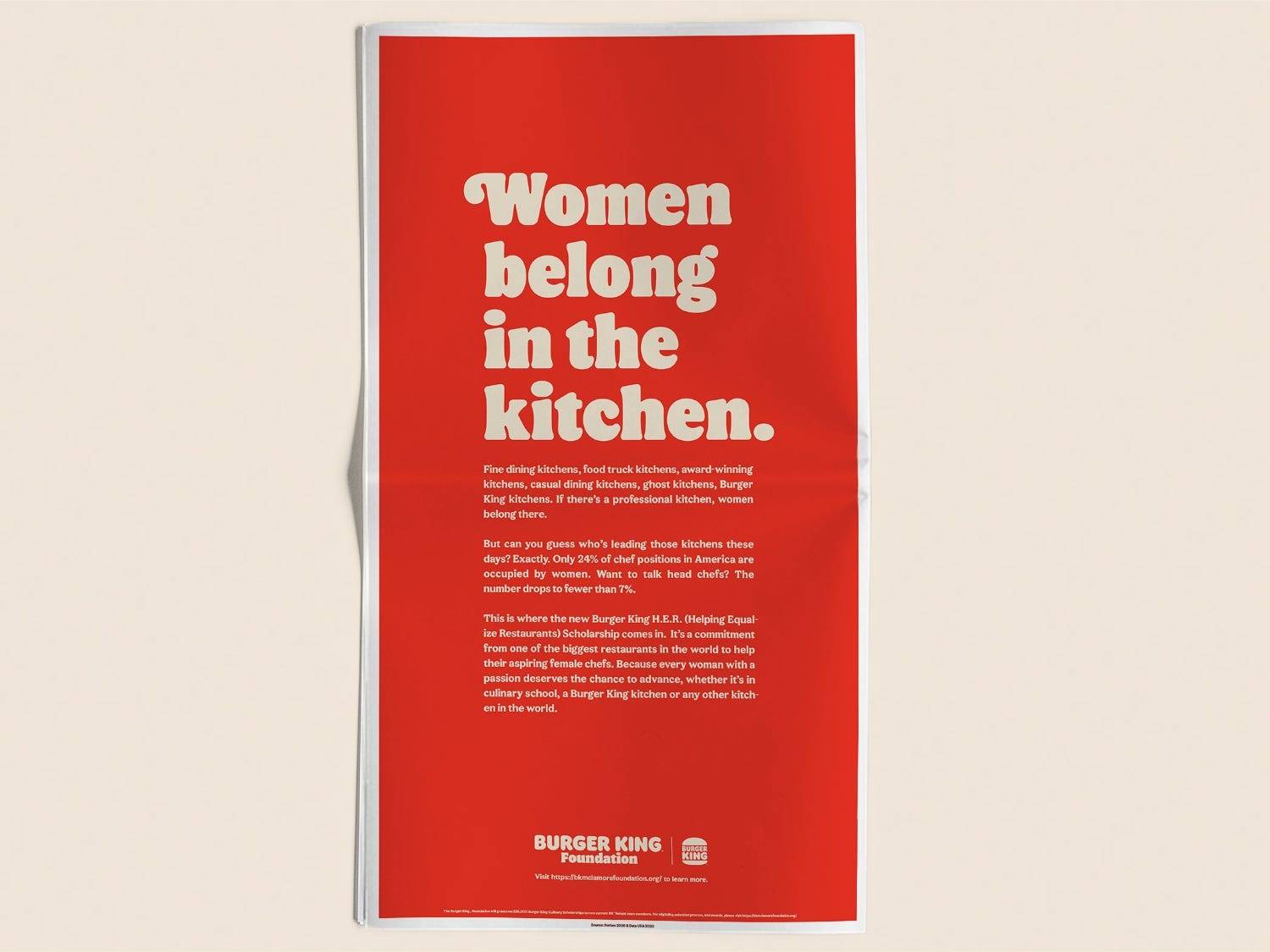 Their motive behind the tweet was not only limited to drawing attention to the fact that only a small percentage of chefs and head chefs are women, but it was also to introduce the company’s new initiative to help women break through the male-dominated culinary culture in the world’s fine dining restaurants.

The company aims to do it through the creation of the ‘Burger King Helping Equalize Restaurants’ initiative that provides scholarship to employees to pursue a degree in culinary arts, which is a crucial step in claiming the position of power in the culinary industry.

‘Burger King Helping Equalize Restaurants’ assures at least two scholarship awards of USD 25,000 to the most qualified employees from the pool of eligible and submitted applicants. This is a very good initiative considering it aims at providing equal opportunities to everybody to claim their position at the top, after all, that is all we want, right?

Burger King in the press release said, “This is a start in doing our small part to help women in the culinary field achieve their ultimate goal,” Even though the company released an explanatory thread about their initiative after their tweet, it did receive a lot of backlash on social media for the initial comment saying ‘women belong in the kitchen’.

Following the backlash, Burger King released a statement saying, “Our tweet in the UK today was designed to draw attention to the fact that only a small percentage of chefs and head chefs are women.

It was our mistake to not include the full explanation in our initial tweet and have adjusted our activity moving forward because we’re sure that when people read the entirety of our commitment, they will share our belief in this important opportunity.” 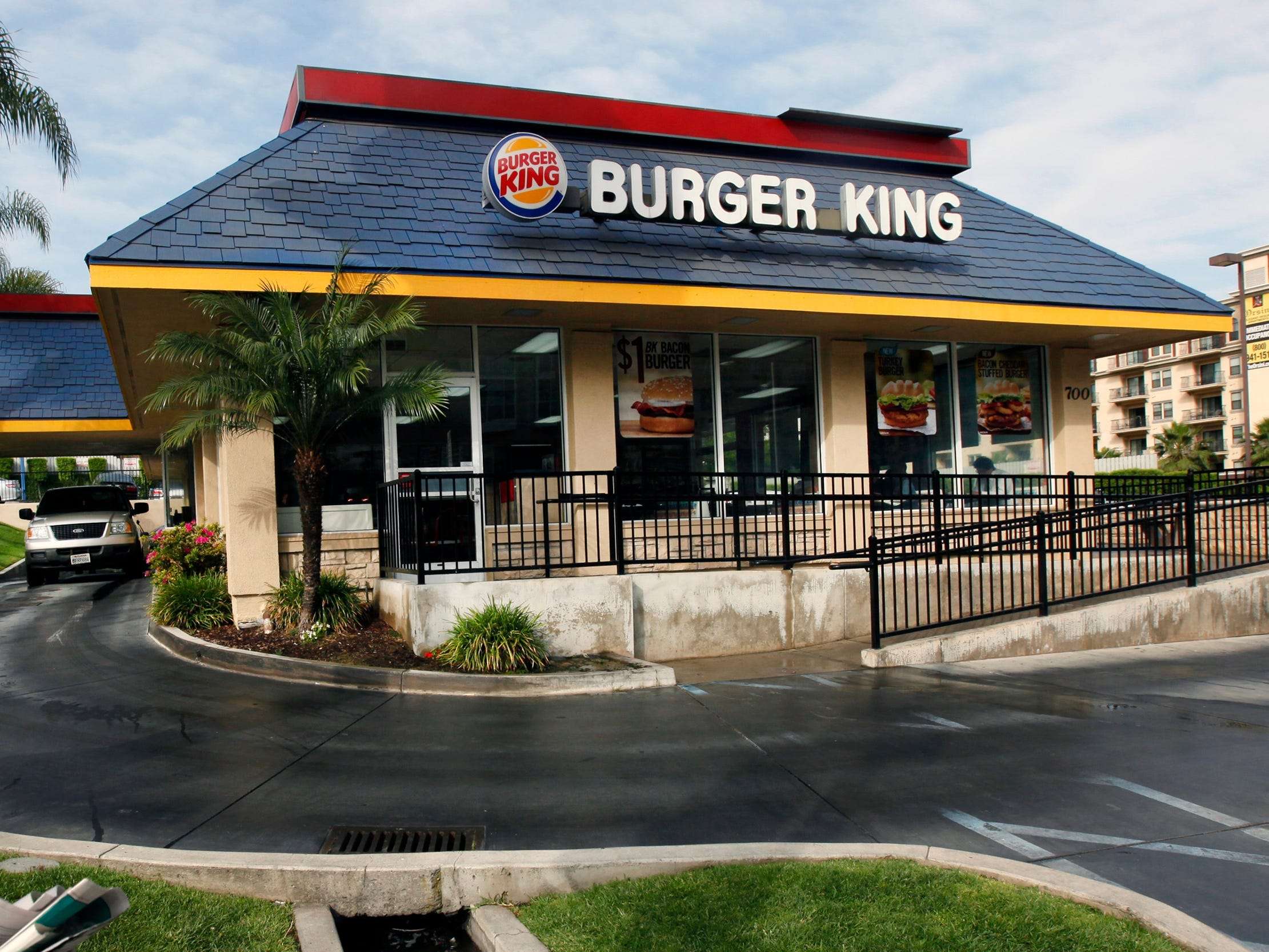 Despite explanations and statement releases, Burger King kept receiving criticism and calls for a boycott. People called the tweet tone merely deaf and said it lacked sensibility about the matter. Now, even though the intentions behind the tweet were really nice, the statement ‘women belong in the kitchen’ is a very sensitive one.

Women have been forced into conforming to gender roles and the social construct for the longest possible time and when it comes to issues like these, the matter becomes really fragile, especially when the fight has been as long.

So, when these things are said, even ironically, the tone can really touch some strings and the company was supposed to be more careful about that. Not only that, the women there in the comment section did receive a lot of sexist harassment and comments that were nasty, to say the least.

It’s not anything new but well it shouldn’t be something normal either. So, even after the explanations, a lot of people asked the company to take the tweet down, which the company denied to do just because the intentions were nice and deleting it would create a further mess.

It further talked about issuing a public apology for how the tweet came across and how women in the comments had to experience so much sexist harassment under a tweet that received backlash for supposedly being sexist.

It is astounding what women have to go through every day and even though we claim to change and progress which is pretty evident, incidents like these prove that we still have a long way to go. Well, as many international women’s day it takes, the change won’t stop because the goal may be far, but it is definitely worth the distance.

Our planet is being stripped bare because of Sand; Why is Sand so important, and Why is the World running out of Sand?

By ananya
Follow Us
Weather
New Delhi, IN
Mist
25 ℃
33º - 25º
94%
2.57 km/h
33℃
Thu
35℃
Fri
36℃
Sat
33℃
Sun
31℃
Mon
Recent Tech News
Facebook Twitter WhatsApp Telegram Viber
Back to top button
Close
Popular Posts
Most Commented
Recent Comments
We use cookies on our website to give you the most relevant experience by remembering your preferences and repeat visits. By clicking “Accept All”, you consent to the use of ALL the cookies. However, you may visit "Cookie Settings" to provide a controlled consent.
Cookie SettingsAccept All
Manage consent