As India grapples with the second wave of coronavirus, cybercriminals work overtime to profit from the crisis. Many fraud cases include vaccines, donations, etc. have already become an epidemic in a pandemic. This is no different last year when as the bank officials, cybercriminals bid a “fee” for the loan moratorium. In fact, fake handles for the PM CARES fund also exist(ed).
Consider the fact that according to a Norton Cyber Safety Insights report by cyber protection company NortonLifeLock, almost 120 million individuals suffered from cyber-crime between February 2020 and 2021. This year, it could get worse as people continue to work and use online resources more often. The penetration of Internet banking has grown. Mobile banking transactions are increasing also in rural areas. However, cybercrime awareness has not persisted, which makes many targets easy, said Fis, a technology firm that focuses on the financial services market, Bharat Panchal, Chief Risk Officer of India, the Middle East and Africa. There have been new centres in cybercrime. Gangs are now working out of Bharatpur in Rajasthan, Mewat in Haryana, etc. like the notorious Jamtara in Jharkhand actively examining new ideas for scams.
Here are some recorded frauds and ways to defend yourself.
Testing of coronavirus
Laboratories are unable to keep up with the need for testing as the number of covid cases grows. The clogged system is being used by cybercriminals. There have been reports of people booking testing online with unknown laboratories that later turned out to be scams. The con artists also pay a visit to the victim’s home to retrieve the sample, according to Panchal. They just don’t file a report or send a bogus one, later.
What to take care of?
Make an appointment with a lab that has been approved by the Indian Council of Medical Research (ICMR). If you come across a new lab, look it up online by typing the business name followed by the word “fraud.” According to Prashant Mali, a Mumbai-based cybersecurity expert, there’s a fair chance that victims would have posted about it on social media.
Drugs and Jabs
When the vaccine campaign began, the government made it possible for people to book appointments online. It has developed a registration platform called Co-WIN. Cybercriminals began publishing applications with the word “Co-WIN” in the name. There have been reports of cyber criminals creating bogus websites that ask people to pre-book vaccines by paying in advance. Bogus websites have been marketing medications in short supply, such as remdesivir. Scammers also stole details while claiming to be government officials interested in tracking the success of people who had been vaccinated. Individuals are asked to submit contact information and identity documents in order for such monitoring to take place. According to the NortonLifeLock survey, over 27 million Indians were victims of identity fraud in the previous year.
Caution:
Analyze the app’s developer before installing it. Verify to see whether it’s from an official source. Take extra precautions for your documents. Cybercriminals may use Aadhaar, PAN card, and mobile number data in a variety of ways. They will take out loans in your name, open bank accounts and transfer illicit funds, and even commit SIM-swap fraud if they steal your identity, according to Mali. 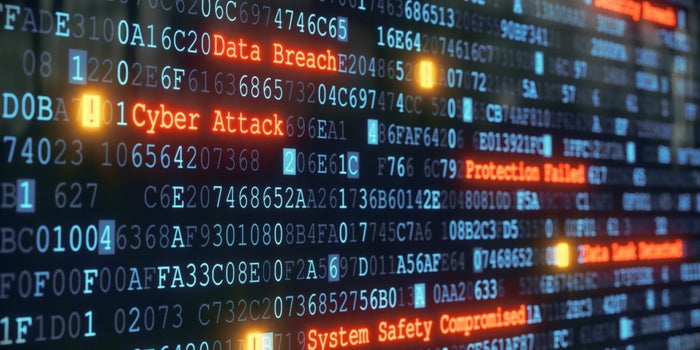 Charities and Donations
People are asking for help on social media. Many people have taken the initiative to help those in need, and they have asked their followers on Twitter and Facebook to donate if they want to. Cybersecurity analysts caution that cybercriminals can be able to forge those documents. Scammers stole data while claiming to be politicians who wished to watch the success of those who had been vaccinated programs and solicit donations.
Caution:
If you wish to volunteer, go to a well-known NGO. Give money only to those you can trust for personal projects. Criminals have been known to use stolen Facebook or Twitter profiles to reach out to fans or acquaintances and call for financial assistance. Don’t give money to anyone until you’re sure it’s the same person who’s asking for support. A few more simple precautions will help you avoid becoming a victim of fraud. Before clicking on any links or email addresses, double-check them. Fake connections also use extra words or letters to mimic legitimate websites. Fraud may also be indicated by misspelt words or random letters and numbers in the URL or email address. Make sure your accounts have two-factor authentication enabled. By having two measures to enter your account, you add another layer of authentication. Avoid posting your phone number, date of birth, and other personal information on the internet. The best way to defend yourself is to be wary of any unsolicited texts, letters, or phone calls.
There are more potential cybercrime victims today than at any time else in the history of the Indian subcontinent. Therefore, it simply makes it quintessential for us to be aware of and concerned about whatever is happening around us. There is a need to be more and more educated about the devices you are using and the websites you are visiting because you don’t know what harm it could bring you. There could be just one wrong click and all your life saving withdrawn, there could be just one download and all your personal data leaked. By no intent I want to disregard technological development, all I want to convey, by the means of this piece of writing, is the dire need to be more and more awake. Cross-check everything so that nobody is able to persecute your timidity for their own selfish gains. And because you are here reading this, you are an avid internet user and thus, a potential cybercrime victim. So please safeguard yourself, take up arms, learn and teach others around you as well!

By ananya
Follow Us
Weather
New Delhi, IN
Mist
30 ℃
32º - 29º
84%
3.6 km/h
32℃
Wed
34℃
Thu
35℃
Fri
35℃
Sat
35℃
Sun
Recent Tech News
Facebook Twitter WhatsApp Telegram Viber
Back to top button
Close
Popular Posts
Most Commented
Recent Comments
We use cookies on our website to give you the most relevant experience by remembering your preferences and repeat visits. By clicking “Accept All”, you consent to the use of ALL the cookies. However, you may visit "Cookie Settings" to provide a controlled consent.
Cookie SettingsAccept All
Manage consent