Externally, it may appear that China’s students and people are staging a coordinated and synchronized sequence of protests and demonstrations in an effort to free themselves from the restrictions of the Zero Covid policy. It may resemble large-scale protests in any other nation in that regard. However, that is untrue.

Protests may be taking place all around China, especially in some areas of Xinjiang. The complaints against the Chinese Communist Party (CCP) and Xi Jinping‘s leadership and policymaking, however, are ultimately merging into a unifying issue that permeates all of it.

Each demonstration has a different motivation, from calling for open demands for democratic elections and human rights to denouncing the loss of life in quarantine to being astonished at how the rest of the world is out in the open and enjoying sporting events.

Major events that led to the revolt in China: 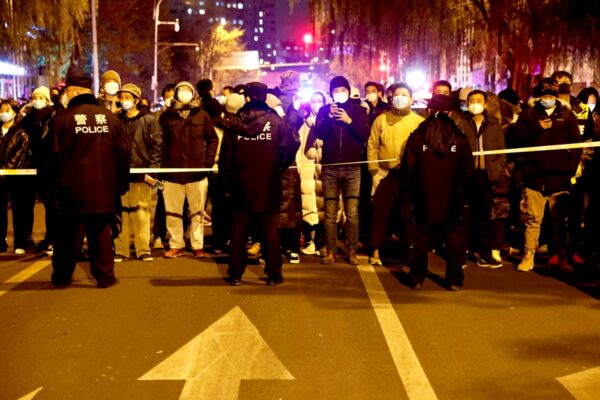 1. The detention of a lockdown-resistance activist:

A well-known rights activist was held by the Shanghai police in April after she advocated for the resignation of a local official in response to the citywide COVID-19 lockdown. On September 2, authorities detained Ji Xiaolong. He started writing letters to Shanghai’s CCP secretary, Li Qiang, urging him to quit for “blindly following commands from the central government [in Beijing]” when enforcing weeks of torturous lockdown in the city earlier this year. These letters eventually led to his incarceration. This sparked small-scale local protests and rallies in Shanghai, and Weibo saw a rise in the topic.

2. Protesting due to a lack of food:

On September 11, residents of Guiyang staged a demonstration and became well-known on social media for lamenting the lack of food during the prolonged lockdowns. For the children, the locals ran out of flour, rice, eggs, and milk. Less than a thousand cases were reported daily in China at the time. The fact that so many kids were left without enough food caused the rage to boil over. It is significant to remember that only a few days earlier in that same month, a UN report accused China of gravely violating human rights, particularly those of its minorities, under the guise of the Covid Protocols.

On September 19, students at Wuhan University protested, citing ongoing power outages in their residence halls. At the same time, the region was still in lockdown. The protest, according to RFA (Radio Free Asia), was brought on by news that one of the university’s senior administrators had been fined more than two million Yuan for “embezzlement” and “stealing electricity.”

According to a statement from the local power supply office, the university administration diverted power without permission using the transformers that were originally assigned to the dorms and canteen, which infuriated many students. The high cost of electricity in the nation received harsh criticism from the people of Wuhan, who pointed to it as a key cause of power department corruption and the requirement for authorities to engage in electricity theft.

4. Mistreatment of those under quarantine: 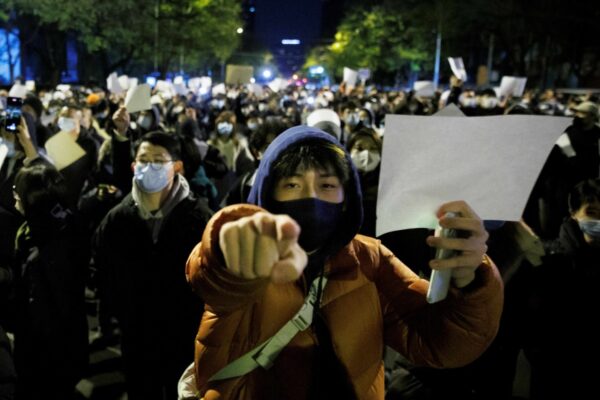 On September 19, a bus accident in Guizhou claimed at least 27 lives as the vehicle carrying them to a camp of forced isolation toppled. In September, Guizhou had stringent lockdowns and averaged nearly 600 cases per day. Social media users’ harsh criticism of the government’s policy on the treatment of people in isolation camps, sparked protests in the area.

With posts like “This feeling can’t just be represented by lighting a candle and saying RIP,” “What proof do you have that you won’t be on that bus at night someday,” “Who said we’re not on that bus late at night, we’re clearly all there,” and “We’re all on this terrifying, dark bus,” Weibo gained a lot of attention following the accident. Soon after, comment sections were shut down, and those posts were edited.

Minority areas like Xinjiang will almost always experience such situations. According to RFA, authorities and grieved family members have confirmed that at least 22 people died on September 21 in the northern Xinjiang city of Ghulja as a result of malnutrition or a lack of medical care while living under China’s Covid lockdown rules.

Many Uyghurs had already pleaded for assistance on social media, primarily on TikTok, to draw attention to their predicament. This served as a major catalyst for the initiation of small-scale protests in this region of China. The minority Uyghurs are unable to openly protest the government or the police, unlike the Han population.

It grabbed international headlines but had little to do with the Covid lockdowns or the Zero Covid policy. This was more a result of the CCP and China’s governing hierarchy and structure remaining largely unchanged. Days passed before Xi Jinping was chosen to serve as the party’s general secretary for the third time.

On October 13, a guy acting as a construction worker scaled a busy highway bridge in Beijing’s Haidian area and unfurled two enormous white banners plastered with red-letter messages. Using a loudspeaker, he then shouted, “Go on strike at work and school; get rid of the dictator and national traitor Xi Jinping! We want to eat, have freedom, and cast our ballots!

This was a truly heroic gesture, and it was also regarded as a poignant catalyst for all subsequent large-scale protests that have broken out across China. The fact that it was completed on the eve of a significant Communist Party congress added more significance.

On October 31, a Covid outbreak and poor conditions in the dorms caused dozens of production workers to flee the Zhengzhou Foxconn facility. When new workers were hired to replace those who fled and those who were quarantined on November 23 with the promise of higher pay and bonuses, this later evolved into widespread protests. When new employees were asked to live with other employees under Covid quarantine, and the bonuses they were promised were not given, the protests took center stage. As we have seen in the pictures and videos that the workers have shared, the rest is history.

The official broadcast of the World Cup games in the nation is CCTV or China Central Television. Chinese civilians were horrified to discover that they were living underground while the rest of the world was out and about shortly after the opening ceremony on November 20.

They weren’t asked to hide behind doors or wear masks. This was a revelation, and the CCTV immediately went into damage-control mode the following day by avoiding showing crowds and people without masks. When the public was still being shown by other stations, CCTV blurred them or altered the perspective to just show the players or the coaching staff.

Several Chinese journalists who are locals discovered this, and the information was spread on social media. Given that they continue to experience extreme lockdowns and restrictions, this infuriated the Chinese population even more. The recent announcement of Taiwan‘s whole opening to tourists and the lifting of the required mask requirement severely damaged China’s government’s reputation for effective governing. 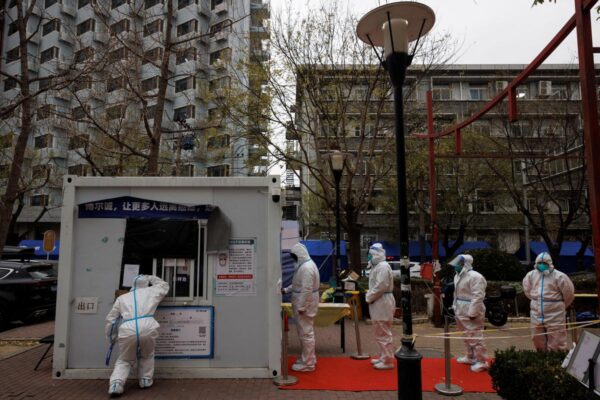 In Xinjiang, the police and the Zero Covid task force secured apartment exit points with wires and other accessories as a result of the Zero Covid policy. Because of it, 10 residents of a flat in Urumqi were unable to flee a blazing fire. In Urumqi, in the northwest section of Xinjiang, a fire in an apartment building around 7:50 pm on November 24 resulted in 10 fatalities and 9 injuries.

The sealing up of access and exit ports in buildings with iron wiring to restrict the movement of people is allegedly one of the harsh restrictions implemented under the Zero Covid program. According to some reports, the Covid lockdown regulations prevented the fire trucks from ever entering the building’s compound, which meant that most of the water sprayed could not put out the fire.

In a rare instance, members of the Uyghur and Han ethnic groups joined forces to protest against such protracted lockdowns and yelled at the government to “lift lockdowns.” According to reports, the mayor of the Urumqi municipality has expressed regret for the incident.

The coordination and mobilization of student protests at many Chinese universities served as the death toll. With the help of VPNs, a lot of students and protesters in China actively shared films and pictures of their demonstrations in order to get beyond censorship and firewall blockers. As a result of the government’s recollection of the Tiananmen Square demonstrations, they were forced to sit up and take notes.