Key management personnel at Oppo India offices and residences are subject to DRI searches if they agree to provide a “wrongful description” to customs officials at the time of import.

The Ministry of Finance announced that its directorate of revenue intelligence (DRI) had discovered customs duty evasion of over 4,389 crores by Oppo Mobiles India Private Limited days after the Enforcement Directorate (ED) raided offices across China’s Vivo India.

A division of Guangdong Oppo Mobile Telecommunications Corporation Ltd. is Oppo Mobiles India. Its operations include the production, assembly, wholesale trade, and distribution of mobile phones and accessories throughout India. Numerous mobile phone brands, including Oppo, OnePlus, and Realme, are available from Oppo India.

“A show-cause notice requesting customs duty in the number of Rs. 4,389 crores has been issued to Oppo India following the conclusion of the investigation. The aforementioned notice also suggests appropriate sanctions for Oppo China, Oppo India, and its personnel in accordance with the requirements of the Customs Act of 1962, “FinMin declares. On July 8, 2022, the ministry gave the Chinese corporation a notice; a government source said Fortune India. 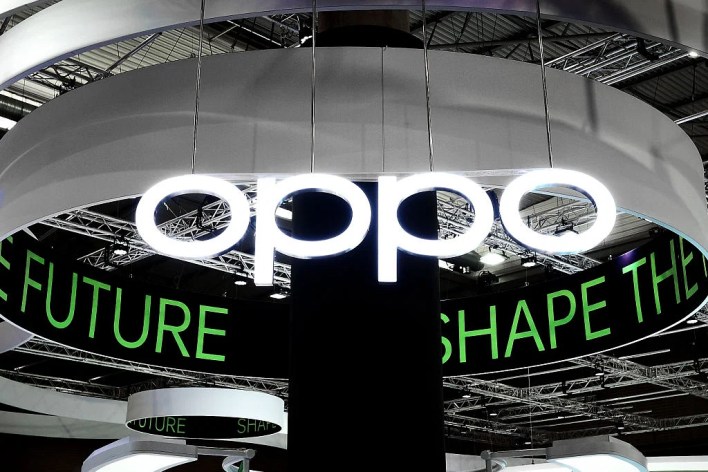 The DRI searched Oppo India’s offices and the homes of key management personnel as part of the inquiry. As a result, it recovered evidence indicating “wilful misdeclaration in the description of some materials imported by Oppo India” used to produce mobile phones.

According to the ministry, Oppo India “wrongfully availed of ineligible duty exemption advantages” totalling 2,981 crores. During their investigation, the FinMin department authorities questioned senior management personnel and domestic suppliers of Oppo India. According to the ministry, they have acknowledged that they submitted a “wrongful description” to the customs authorities at the time of import in their voluntary statements.

The inquiry also showed that Oppo India paid “royalty” and “licencing fees” for proprietary technologies, brands, IPR licences, etc., to various multinational corporations, including those based in China, or made arrangements for their payment.

“According to Section 14 of the Customs Act of 1962 read with Rule 10 of the Customs Valuation (Determination of Value of Imported Goods) Rules 2007, Oppo India did not include the aforementioned “royalty” and “licencing fees” in the transaction value of the goods they imported. On this reason, M/s Oppo India is accused of avoiding taxes to the tune of $1,408 crore “says the ministry.

According to the ministry, the corporation has deposited 450 crores as a partial differential customs duty short paid by them.

Additionally, the ED conducted raids last week at other facilities belonging to Vivo, a different Chinese smartphone manufacturer, and its affiliated businesses.

According to the investigation agency, the Chinese corporation allegedly “remitted” to China around 62,476 crore rupees, or roughly half of its total earnings in India, to evade taxes. By the PMLA’s (prevention of money laundering act) rules, the agency has frozen several assets belonging to the Indian manufacturer of smartphones, including FDs, gold bars, and cash. 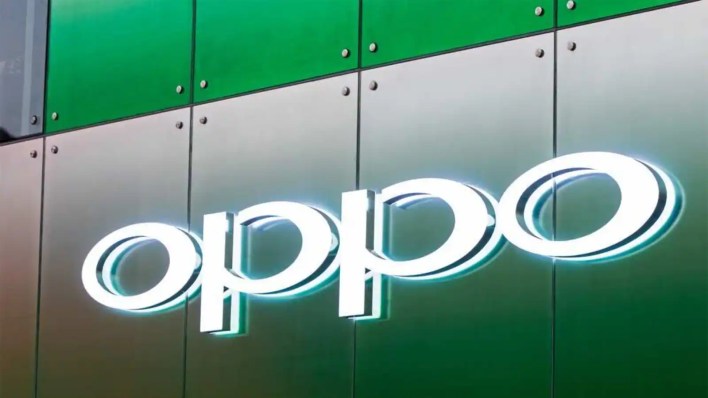 During a search by the Directorate of Revenue Intelligence (DRI), Oppo India, a mobile firm, was found to have evaded customs duties to 24389 crores.

Another Chinese cellphone company, after Vivo, is being investigated for possible tax fraud and money laundering. When the Directorate of Revenue Intelligence (DRI) searched Oppo India, a mobile phone company, it found evidence of roughly 24389 core of customs duty evasion on the company’s part. DRI searched Oppo India’s office and some of its top management personnel’s houses as part of the inquiry. As a result, information was found that suggested that several materials imported by Oppo India for use in the manufacture of mobile phones had been intentionally misdescribed.

“Due to this error, Oppo India falsely claimed duty exemption benefits of *2,981 crore. Senior management staff and domestic Oppo India suppliers were among those questioned; in their voluntary testimonies, they admitted to submitting a false description to the customs authorities at the time of import “in line with a PIB announcement.

The press announcement continued, “Investigation also found that Oppo India had remitted/made provisions for payment of “Royalty” and “Licence Fee” to various multinational corporations, including those based in China, in lieu of usage of proprietary technology, brand, IPR licence, etc.”

The aforementioned “Royalty” and “Licence Fees” paid by Oppo India were not included in the transaction value of the products they imported, which is a violation of Section 14 of the Customs Act of 1962, read with Rule 10 of the Customs Valuation (Determination of Value of Imported Goods) Rules 2007. the claimed 1,408 crores in duty evasion on this account by M/s Oppo India.

In India, Oppo India produces, assembles, wholesales, and sells mobile devices and the accessories that go with them. Numerous mobile phone brands, including Oppo, OnePlus, and Realme, are available from Oppo India.

The Enforcement Directorate had previously held Vivo India’s accounts due to allegations of money laundering; today, the court released the freeze and required the Chinese company to offer a bank guarantee for $119 million, a company representative told Reuters. According to the ED, out of the total selling revenues of 1,25,185 crores, Vivo India’s almost 23 related companies, such as Grand Prospect International Communication Pvt Ltd (GPICPL), sent *62,476 crores, or nearly 50% of the turnover outside of India, primarily to the United States. 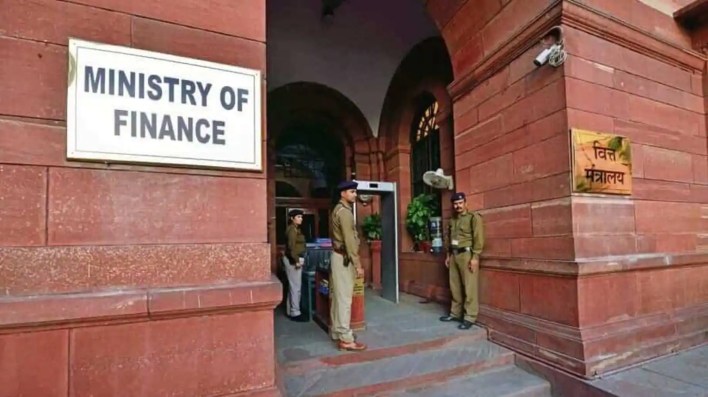 The Ministry of Finance, sometimes known as the Indian Treasury, is a department of the Indian Government that oversees the country’s economic affairs. The specific topics it addresses are taxation, financial regulation, financial institutions, capital markets, centre and state finances, and the Union Budget.

The Department of Economic Affairs is the central government body responsible for developing and overseeing national economic policies and programmes that impact both domestic and global facets of financial management. This department’s primary duty is to prepare and deliver the Union Budget to Parliament and the budgets for state governments operating under President’s Rule and union territory administrations. Additional primary responsibilities include:

The Department of Expenditure is the nodal department for managing the Central Government’s public financial management system (PFMS) and issues relating to state finances. The department’s primary responsibilities include pre-approval evaluations of large schemes and projects (both Plan and non-Plan expenditure), management of the majority of Central budgetary funds transferred to States, implementation of the Finance and Central Pay Commissions’ recommendations, oversight of the management of expenditures in the Central Ministries and Departments through interaction with Financial Advisors, and administration of Financial Rules and Regulations.

Additionally, the department coordinates work done by the Ministry of Finance on subjects about Parliament. The department runs the National Institute of Financial Management (NIFM), which is situated in Faridabad.

The Establishment Division, Plan Finance I and II Divisions, Finance Commission Division, Staff Inspection Unit, Cost Accounts Branch, Controller General of Accounts, and Central Pension Accounting are in charge of the duty assigned to the Department of Expenditure.

Dr T. V. Somanathan serves as the department’s secretary at the moment.

The Department of Revenue is supervised by the Secretary of Revenue (Revenue). It oversees all Direct and Indirect Union Taxes through two statutory Boards, the Central Board of Direct Taxes (CBDT) and the Central Board of Indirect Taxes and Customs (CBIC). Each board is administered by a Chairman who acts as the ex officio Special Secretary to the Government of India (Secretary level). The CBIC is in charge of issues relating to the levy and collection of indirect taxes, including GST, Customs duty, Central Excise duty, and other taxes. In contrast, the CBDT is in charge of concerns relating to the levy and collection of all direct taxes.

The Central Board of Revenue Act of 1963 established the two Boards. The CBDT currently has six members, whereas the CBIC has five. Additionally, the Members serve as the Government of India’s ex officio secretaries. The following people are CBDT members:

The secretary of this department is now Tarun Bajaj. Ajay Bhushan Pandey was his predecessor.

Banks, insurance, and other financial services offered by various public and private organisations are covered by the Department of Financial Services. Pension reforms, industrial finance, and micro, small, and medium-sized businesses are also covered. The Pradhan Mantri Jan Dhan Yojana was launched.

The secretary of this department at the moment is Shri Debasish Panda.