Under the terms of the transfer agreement, a royalty of one per cent of product turnover will be paid annually.

Ruchi Soya, an edible oil company, has announced that it will buy Patanjali Ayurved‘s food division for Rs 690 crore. Ruchi Soya‘s transition to the fast-moving consumer goods (FMCG) category is likely to be accelerated due to this.

After regulatory permissions, the name of Ruchi Soya Industries Ltd would be changed to Patanjali Foods Ltd.

Ghee, honey, spices, juices, and wheat are among the 21 products in the acquired food industry.

According to a company source, Ruchi Soya will pay Patanjali Ayurved an annual royalty estimated at 1% of the gross turnover of the items under the transfer agreement.

He said Ruchi Soya would pay the acquisition through internal accruals, as it is a debt-free transfer.

“The acquisition is valued at Rs 690 crore on a slump sale basis based on all of the food division’s fixed assets and related current assets,” the business stated in a stock exchange filing.

With effect from May 9, the board of Patanjali Ayurved has approved the transfer of the food business to Ruchi Soya Industries. As part of the agreement, Ruchi Soya will receive the production units in Padartha (Haridwar, Uttarakhand) and News (Maharashtra). Employees, assets, contracts, licences and permits, distribution network, and consumers associated with Patanjali Ayurved’s food retail business will be transferred. It will, however, exempt Patanjali’s trademarks and brand.

See also  Losses To Railways Due To Lockdown, Cut In Allowances Of 13 Lakh Employees Possible

Copyrights and designs According to the company’s stock exchange filing, the deal will include current assets but omit debtors, vehicles, cash, and bank balance. Payment will be made in three instalments.

In the second phase, 42.5 per cent of the total acquisition amount (Rs 293.25 crore) will be paid on the business transfer agreement’s closing date.

The remaining 42.5 per cent of the total purchase consideration (Rs 293.25 crore) will be paid in the third tranche. By July 15, the purchase should be completed.

Haircare, dental care, skincare, medication, and herbal formulations will all be retained by Patanjali Ayurved.

“This strategic plan for food business acquisition will improve its food product portfolio with a diverse range of brands and contribute to revenue and EBIDTA growth,” the company stated. It also noted that the company had reiterated its commitment to its shareholders as a robust FMCG company during its follow-on public offer (FPO).

“By acquiring PAL’s (Patanjali Ayurved’s) food business portfolio, Ruchi’s food portfolio is estimated to generate roughly 18% of total revenue in the current fiscal (FY23), compared to 6% in FY22,” Ruchi Soya wrote in a note to investors.

This would improve Ruchi’s margin profile and reposition the company from a primarily commodity-oriented company to a top food company in India.”

According to the note, Patanjali’s food business is increasing at a rate of 2–2.5 times that of the industry, which is expected to grow at 11%.

Ruchi Soya’s stock is up 10% as the company prepares to buy Patanjali’s food retail business. 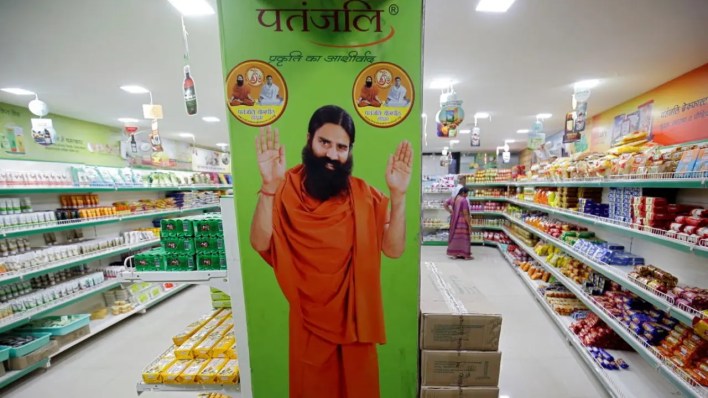 Ruchi Soya’s stock soared over 10% to an intraday high of Rs 1188.6 on the BSE after the company announced the acquisition of Patanjali Ayurved, a food retail business, from Acharya Balkrishna for Rs 690 crore in its prospectus on the follow-on public offer (FPO) filed with capital markets regulator SEBI.

According to the statement, “Ruchi Soya Industries Limited has entered into a Business Transfer Agreement with Patanjali Ayurved Limited to acquire PAL’s food retail business undertaking, which consists of manufacturing, packaging, labelling, and retail trading of certain food products, as well as manufacturing plants located in Padartha, Haridwar, and Newasa, Maharashtra, as a going concern on a slump sale basis,”

See also  Whose fault is the second wave of covid?

On March 24, the oil-and-food-products giant began its FPO with a target of Rs 4,300 crore. Ruchi Soya’s FPO was 3.6 times oversubscribed.

Long-term investors have achieved significant gains in this company, which has increased by nearly 19,000% in the last three years.

Indonesia's restriction on palm oil exports will be lifted on Monday, according to the president,