One of a company’s most vital parts is its employees. Regardless of the company’s size, it is impossible even to consider operating it without them. Your employees are your company’s main asset. Over 43K workers from 342 Tech firms fired in the US and India till July 2022

However, at the year-end of 2022, some large, well-known firms will be firing employees. The corporate sector has been shocked by some of these layoffs, some of which are affecting many thousands of people at once.

Financing for startups has been challenging to come by since the fourth quarter of 2022 due to the tightening of monetary policy by central banks worldwide and a decline in equity markets. Many start-ups had to cut back in order to appease their investors, which resulted in a decrease in the number of employees. In 2022–2023, more startup employees were let go.

There are many other reasons for the layoffs, including cost-cutting, poor performance, and financial challenges. Even some of the firms received criticism for their drastic move.

People lost their jobs as a result of the pandemic, and now a series of similar layoffs are causing a stir around the globe. Another significant factor in these layoffs is the global economic climate.

Since April 1, 43,399 start-up workers have lost their employment globally. Indian start-ups laid off over 13% of these.

Up until July of this year, more than 32,000 tech workers were laid off in the US, including those at major corporations like Microsoft and Meta (previously Facebook), and the worst is still to come for the industry, which has seen enormous stock auctions.

According to data gathered by Crunchbase, as of late July, more than 32,000 workers in the US tech sector had been let go as a result of widespread employment layoffs.

“We have publicly traded corporations and startups situated in the US. The report said we’ve included businesses with headquarters overseas but a substantial team in the US, like Klarna.

Uber, Netflix, and a few digital currencies and loan platforms are among the companies laid off.

Only a few tech companies this year—Robinhood, Glossier, and Better—have successfully managed their headcount.

See also  How To Avoid Developing Burned Out Employees

Recent information received from layoffs suggests. According to FYI, a website that monitors layoffs at startup companies, since April 1 of this year, over 43,000 employees from 342 IT organizations/startups throughout the world have been let go, with more than 13% of them coming from India. 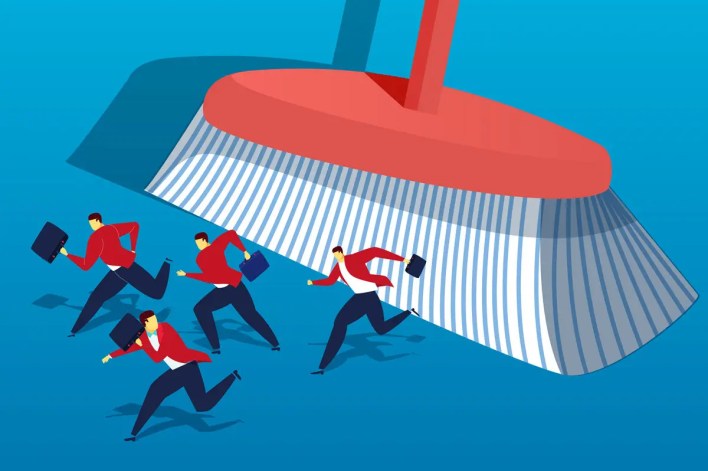 Since the pandemic began, almost 25,000 startup staff members in India have lost their jobs; this year alone, over 11,500 have been let off.

Edtech companies like Unacademy (1,150 employees), BYJU’S (550 at Toppr and Whitehat Jr.), and Vedantu (624 employees), as well as the ride-hailing company Ola (almost 500), the medical services startup MFine (600 employees), and the used car company Cars24 (600 employees), among others, dominate the staff layoffs in India.

Other unicorns and new businesses in India that have cut staff include Meesho, MPL, Trell, and Blinkit (now owned by Zomato).

Due to key firms like Unacademy, BYJU’S, and Vedantu laying off a sizeable number of employees, the ed-tech sector saw the highest rate of layoffs in the first quarter of the fiscal year. The tracker shows that Unacademy fired 1,150 employees in two waves; Vedantu fired 624, while BYJU-owned Toppr and Whitehat Jr. fired 350 and 300 employees, respectively.

The healthcare start-up sector experienced the second-highest amount of job losses. 940 workers were laid off in the first quarter of FY23, with 600 of those laid off by Bengaluru-based MFine alone. 600 employees were also let go by the used car website Cars24 in May.

Take a look at the following firms that have recently laid off employees:

The urban mobility company is in the midst of letting off roughly 1,000 staff while also planning to expand the hiring process for its electric mobility division. According to the report, the reorganization process is anticipated to continue for a few more weeks, and the company plans to increase its focus on its electric mobility sector.

Edtech unicorn start-up, Byju’s, Over 600 people, both permanent and contract, have been let go by Byju’s.

In May, more than 600 employees were let go from the used car marketplace Cars24. This accounted for more than 6% of its roughly 9,000-person staff.

Vedantu laid off 424 employees, or around 7% of its 5,900-person staff, as a result of the company’s anticipated cash crisis. 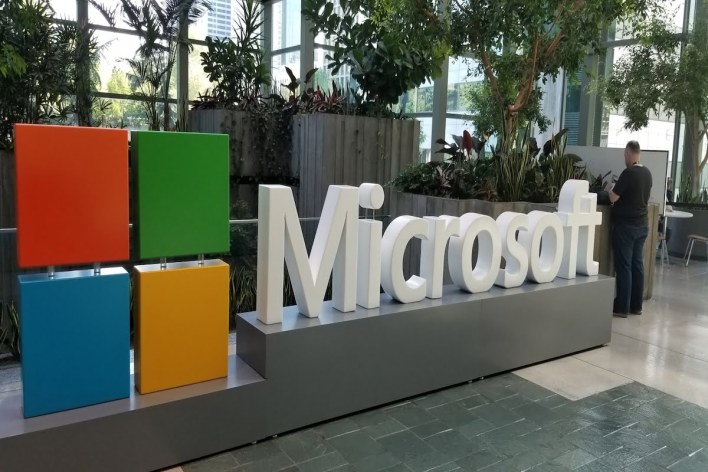 Satya Nadella’s Microsoft As part of a “realignment,” Microsoft became the first major IT company to fire workers. The layoffs are apparently affecting about 1% of Microsoft’s 1,80,000 employees across its locations and product divisions. Microsoft’s Office, Teams, and Windows divisions have also slowed their hiring.

Meta (previously Facebook) has set a hiring freeze for specific positions and issued a “serious times” warning to the staff. According to a Business Standard source, CEO Mark Zuckerberg informed staff that he expects one of the worst economic downturns in recent memory. For the uninitiated, the business had around 77,800 workers as of the end of March.

While Elon Musk-run Tesla has been laying off hundreds of workers, Twitter has reduced the size of its recruiting team by 30%. Along with Salesforce, other well-known major firms like Nvidia, Snap, Uber, Spotify, and Intel have also seen a decline in employment. Leading cloud service provider Oracle has recently considered laying off thousands of staff to save up to $1 billion through cost-cutting measures.

There have been 23,681 start-up employment losses since the pandemic’s onset. 12,951 individuals could have lost their jobs in 2020 alone. While things significantly improved in 2021, there is no shortage of terrible news in 2022. Are we on the verge of a firing spree a la 2020?

We are observing an increased focus on costs and extending the runway at start-ups as the funding environment becomes more conservative. He claims that many of the larger start-ups are contemplating initiatives outside of their main business and are growing wary of team expansion.

At the moment, it seems that the fundraising scene is also completely hopeless. India’s 292 venture capital deals totalled $7 billion in the first quarter of the current fiscal year, which was the lowest amount since the last quarter of FY21. The data gleaned from the research firm Venture Intelligence supports this.

Ashish Bhatia, the co-founder of India Accelerator, said, “Sectors that rely largely on external and institutional funding for their operations may be the hardest hit,” and “One may expect more negative news in the coming months.” The overall job market in India is still strong across industries, so things won’t be as awful as they were in 2020, he claims.

In reaction to their issues, several large corporations and organizations will be firing workers in 2022. There are various factors that differ from firm to company. Common causes of layoffs include the following:

Numerous businesses have halted employment due to the fragile state of the global economy and other factors. These businesses are:

The hiring freeze at Meta is reportedly ongoing throughout the year. The corporation cites the industry-wide slowdown, the invasion of Ukraine, and changes in private data as the key justifications.

Wayfair has stopped hiring for 90 days, and the global economic condition is to blame.

The sole cause of Twitter’s hiring freeze and the firing of many of its top employees is the company’s ownership change—Elon Musk now owns it.

Companies that may lay off employees

Nevertheless, a number of companies have refrained from firing their workers. Businesses are highly inclined to take undesirable actions. These firms are:

Given its big workforce and ongoing efforts to recover from a revenue decline, Walmart faces the same difficulties as Amazon. 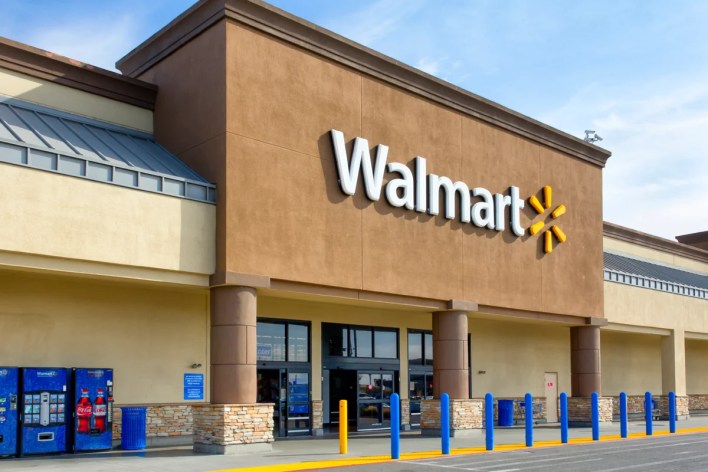 As was already mentioned, several companies are firing their employees.  This can be attributed to a variety of factors, including the state of the economy, pandemics, company downsizing, and even personnel inefficiency. In addition to all of these, fundraising is taking longer than expected, and investors are pressuring management to boost profitability. Given the status of the global economy right now, the worst may yet be ahead.

India might see another era of free data as Adani jumps into the telecom sector bidding for 5G; the cat and dog fight between Adani and Ambani gets intense