The creator of the well-known media player VLC, VideoLAN, has sent a legal notice to India’s IT and Telecom Ministries, claiming that both agencies did not give the software maker notice before blocking its website and did not give it an opportunity to explain.

Access to websites that give links for installing VLC would be restricted by Indian telecom companies up to February of this year. One of the biggest players in VLC has been India.

He stated that “most big ISPs [internet service providers] are restricting the site, with various means” in reference to the blockage in India. The telecom carriers allegedly began to block the VideoLan website on February 13 of this year, when the site’s traffic from the South Asian market fell by 80%. 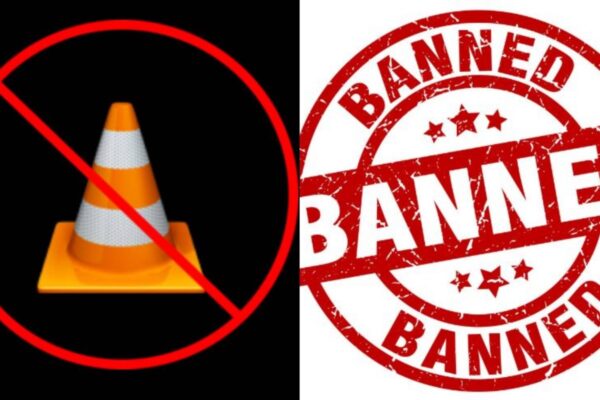 With the assistance of the local advocacy group Internet Freedom Foundation, VideoLAN is currently utilising the legal system to demand information and restitution. It has requested both a copy of the blocking order prohibiting the operation of the VideoLAN website in India and the opportunity to offer its defence in a virtual conference.

In the complaint, VideoLAN asserts that the way Indian ministries implemented the internet block violates their own national laws. Indian telecom providers have not stated why they have blocked the VideoLAN website, but some theorize that it might be because a security alert from earlier this year was misinterpreted.

Earlier this year, security firm Symantec claimed that the Chinese government-linked hacking group Cicada was utilizing VLC Media Player and other well-known tools to gain remote access to the servers of its targets. According to Kempf, the limitation is presumably the result of a misunderstanding of the Chinese security issue, but no Indian government agency has approached him or his company about it.

India, on the other hand, censors the website and forces its citizens to “shady sites that are hosting hacked copies of VLC.” So, as Kempf said earlier, they are endangering their own citizens by imposing this limitation.

When VideoLAN’s demand is not met with, the open source firm would be compelled to take legal action, the business warns in the legal letter. Additionally, the notice specifies that “other such procedures, when initiated, would be entirely at your danger, expenditure, and also for breach of your internal regulations.”

What is known so far about the prohibition on VLC Media Player? Despite the government’s refusal to provide a clear justification for the restriction, there are claims that it may be a strategy for fending off cyberattacks. A bogus VLC Media Player and other software programs have reportedly been used by Cicada, a hacking group supposedly supported by the Chinese government, to launch malware attacks.

The provider claims that under certain cases, the prohibition would be detrimental rather than helpful. This is due to the fact that people trying to download the media player will instead be directed to less secure websites. It’s also not entirely apparent why a service like VLC would need to be restricted.

VLC is a pure tool that can read anything, and VideoLAN is relatively apolitical (we simply fight against DRM and for open source), according to him. Those who have already downloaded the media player can continue using it without any issues in terms of usefulness. Additionally, mirror websites, Google Play, and the Apple Store still offer VLC. To use the service from its official website, customers might need an India VPN. According to rumours, a hacking campaign in which a Chinese state-backed group allegedly “exploit[ed] the genuine VLC Media Player by executing a modified loader via the VLC Exports function” may have been misunderstood, which led to the ISP blockage.

But Kempf pointed out in his email to us that the website banning had started weeks before the hacking campaign’s April disclosure. A customized version of VLC was utilized by the Chinese hackers, he added. Additionally, it appears that the hack only functions with an old version of VLC.

Whenever you don’t follow the aforementioned, we have the duty and power to sue you for failing to uphold the freedoms that the Indian Bill grants us, for breaking your international law obligations, and for breaking your special rules.

VideoLAN claimed that the Internet Freedom Foundation (IFF) assisted in the legal notice’s drafting. According to the Internet Freedom Foundation (IFF), the website blocking “was done without any prior warning, or allowing VideoLAN an opportunity of hearing, which is contrary to 2009 Blocking Rules and the rules established by the Supreme Court in Shreya Singhal v. Union of India.”

In his petition to India’s Department of Telecommunications, Kempf demanded “a right to establish my claim through a virtual court” and “a record of the justifiable restriction order issued for blocking of the URL.” According to the letter, VideoLAN is eligible for those options under India’s blocking regulations.

In a statement to the Department of Telecommunications in June, the IFF requested information regarding the URL ban but claimed it never heard back. According to the VideoLAN letter, “many members of the Indian public and civil society” submitted comparable information demands. The letter states that the Ministry of Electronics and Information Technology received such requests and “responded to these RTI [Right to Information] Applications claiming that no information was accessible with them.”

The IFF stated that it “will continue to give legal help to VideoLAN in this arbitrary and illegal exercise of censorship” and expressed its belief that VideoLAN is legally entitled to its claims, hoping that the government will do so in a manner consistent with both the text and the spirit of the law.