An agreement to resume the shipment of Ukrainian grain across the Black Sea was set to be signed by representatives from Russia, Ukraine, and the United Nations on Friday, according to Turkish and U.N. officials, raising the prospect of releasing food supplies entrapped by the Russian invasion.

An official from the U.N. stated that U.N. Secretary-General António Guterres arrived in Istanbul on Thursday evening and that the parties involved had reached an agreement, but warned that there might still be issues before they approve the pact, which is anticipated on Friday.

Regarding the Friday signing ceremony arrangements, Russia did not respond right away. In recent days, the presidents of Turkey and Russia, as well as a top Ukrainian official, have all expressed optimism about the discussions.

Turkish Foreign Minister Mevlut Cavusoglu tweeted on Thursday, “We will take the first move to address the present food crisis with the U.N. Secretary-General, Ukrainian and Russian delegations.”

A deal may release 18 million tonnes of wheat, corn, and other commodities that Ukraine has been unable to export due to the war; the Russian invasion is said to have contributed to the spike in food prices that, according to U.S. authorities, has spurred demonstrations in 17 nations.

The Ukrainian foreign ministry announced that talks will continue in Turkey on Friday and that a contract may be inked afterward. The ministry issued a statement saying, “The Ukrainian delegation will support only those decisions that will guarantee the security of the southern regions of Ukraine, the strong positions of the Ukrainian Armed Forces in the Black Sea, and the safe export of Ukrainian agricultural products to international markets.”

According to Western authorities, there have recently been significant disputes between the warring parties about everything from port demining to the safe passage of cargo ships. The U.N. and other authorities withheld information about how those conflicts were settled.

According to officials, grain traders, and other industry experts, enforcement will be crucial should the governments reach an agreement. Given the threat of additional attacks, privately owned freighters, insurers, and sea crews may be reluctant to handle cargoes from Odessa and other war-zone ports.

Sea mines that have been planted in the Black Sea by both Russia and Ukraine provide a threat to any ships operating there. According to a U.S. official, military representatives from Russia and Ukraine differed in recent negotiations on how the demining would be carried out.

The official added that in recent weeks, Ukraine has boosted the number of mines close to its ports to ward off potential Russian strikes. According to authorities, some of the concerns that need to be handled include protocols for screening private vessels to make sure they aren’t transporting military equipment and safe passage for ships carrying food supplies.

Additionally, Ukraine has asked for international security assurances to stop a Russian strike after the mines are taken out.

The U.S. official continued, “You still have to get the parties to address the demining and the unrestricted access and mobility for the vessels themselves.” Athens and Washington are putting pressure on the Kremlin to make an agreement and carry it through, but officials from the US and other countries acknowledged that Russia is still viewed as a possible spoiler. 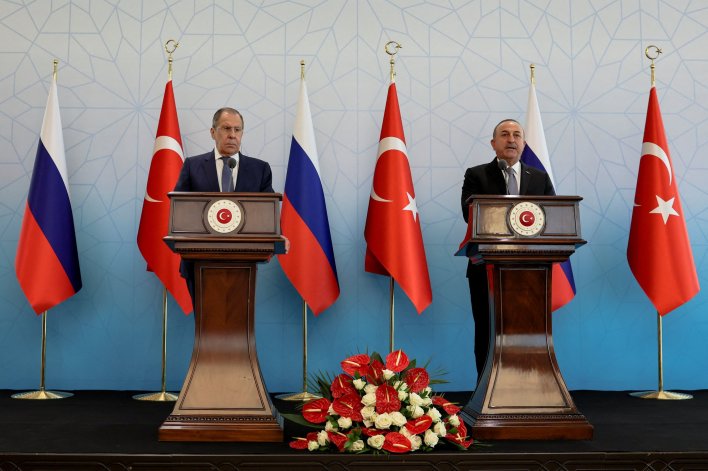 Turkey is pressuring Russia to acknowledge that this can’t continue to be a zero-nothing situation. And if you force your navy personnel to take back their mines to Russia, you won’t like how it comes across. The officer added that it amounts to a guilty admission.

When he met with Turkish President Recep Tayyip Erdogan on Tuesday, Russian President Vladimir Putin praised him for mediating and stated that the negotiations had advanced. But not all problems have been solved. However, the fact that we have made progress is already positive, Mr. Putin said in remarks that were broadcast on Russian television.

Recent Russian strikes on Ukrainian ports and grain storage facilities are part of its war plan, according to several U.S. officials this week. The United States’ undersecretary of state for economic development, energy, and the environment, said on Wednesday, “We are hoping for the best, but we have seen how Putin weaponries food.”

The U.K. government has spoken with the Lloyd’s of London insurance market to examine how the grain would be transported aboard commercial ships that are covered. A representative who had been briefed on the proceedings stated, “Those negotiations are ongoing, but they seem to be developing quite well.” According to the official, questions such as whether ports need to be demined must still be addressed.

The United States and the European Union have recently made it clear that financial sanctions on Russia do not apply to the trade in food and agricultural products to advance the negotiations. The framework for a larger agreement on grain exports proposed by Mr. Guterres includes opening a route for Russia’s shipments of food and fertilizer. 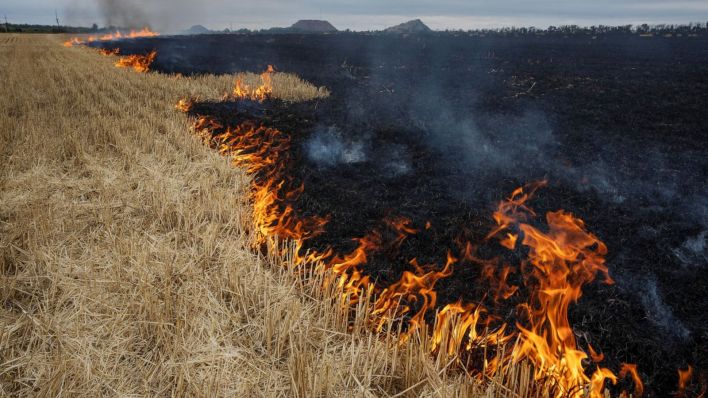 For the less developed countries that make up the majority of Ukraine’s clients, the risks of a possible agreement are enormous. The greatest importer of wheat in the world, Egypt, received a major portion of the grain that was previously shipped across the Black Sea.

Even though grain prices have fallen from their highs during the invasion, an increase in Ukrainian production would ease pricing pressure. Grain traders in the area expressed doubt that Russia would allow grain shipments as long as its war campaign in Ukraine continues destroying the nation’s crops, roadways, grain-storage facilities, and other crucial infrastructure.

In my opinion, their goal is to strangle Ukraine in some way. The grain from the occupied territories has been stolen, according to Jonathan Grange, a partner at Sunstone Brokers, an agricultural-commodities brokerage with operations in Ukraine and the Black Sea region.

According to Ukrainian statistics, Ukraine shipped nearly two million metric tonnes of grain overland and via smaller ships departing from the Danube River for the Black Sea in June. This month’s reopening of that naval passage followed Ukraine’s troops taking back the strategically important Snake Island from Russia, which had taken it shortly after the invasion’s start in February.

In addition to the up to 18 million tonnes of grain that the invasion has temporarily trapped in Ukraine, Mr. Grange notes that there is also the issue of how to store or export the nation’s anticipated 65 million tonnes of summer crop.

India's agriculture challenges can be addressed with AI

It is made clear by the government that paying the "Service Charge" is optional. How challenging is its application?