On Thursday, Russian natural gas started to flow through a crucial pipeline into Europe once again, albeit at a lower volume. This bought nations some time before they had to stop relying on the Kremlin for their energy needs as the winter months approached.

The Nord Stream pipeline, which runs beneath the Baltic Sea and connects Russia to Germany, reopened after its annual maintenance procedure, putting an end to ten days of tense speculation about whether President Vladimir Putin’s administration would stop supplying gas to Europe in retaliation for Western sanctions imposed following his invasion of Ukraine.

Before restoration, the pipeline was functioning at roughly 40% of its maximum capacity, according to gas flow figures. The pipeline has been running below capacity due to technical challenges triggered by Western sanctions on Russia since June 1st. Mr. Putin, according to German Foreign Minister Annalena Baerbock, is exploiting Germany’s dependency on Russian energy as a tactic in his hybrid warfare. Ms. Baerbock told reporters on Thursday that the use of energy dependence as a weapon “shows that the war is not just being waged with firearms against Ukraine, but also in a hybrid form.”

Mr. Putin confirmed this week that Russia will fulfill half of the gas distribution contract to Europe. The Nord Stream pipeline is the principal route for Russian gas to reach Europe. Mr. Putin also warned that more outages and a 20% volume limit on pipelines might ensue from Western sanctions implemented in retribution for the incursion.

Authorities and business people in Europe were concerned that the pipeline would not restart at all or that it might do so with much lower amounts. While gas is finally flowing once more, European cities, which are now building reservoirs for the higher-demand winter that is just a few months away, will be attentively watching how much Russia sends—and for how long.

Most experts believe that an abrupt interruption would have caused a catastrophic recession in Germany, Europe’s largest economy and industrial powerhouse, as well as several of its neighbors. 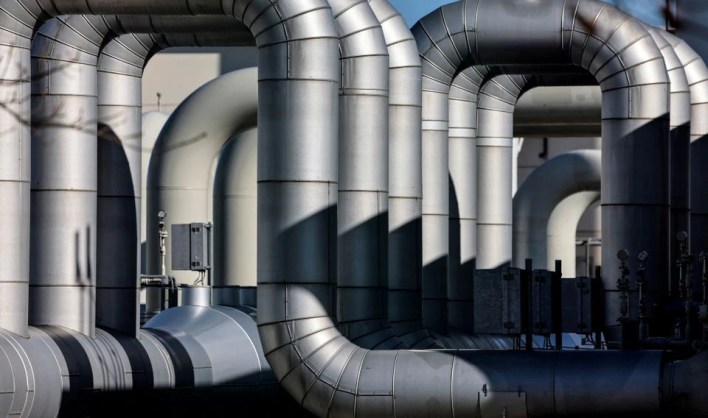 However, scientists and officials warn that governments may still be required to restrict energy and subsidies to raise consumer expenses due to even decreased flows and the uncertainty surrounding future supply.

State-controlled Gazprom PJSC transports gas from Siberia through the Nord Stream pipeline. This week, Mr. Putin attributed the decline to the absence of a turbine that had been repaired in Canada but was delayed due to Western sanctions. The turbine is finally returning to Russia.

According to Berlin and the majority of Western commentators, the cut in supplies was an attempt to put pressure on the West to loosen sanctions and drive up petrol prices. Several German officials and a manager for Gazprom in Europe told the Wall Street Journal that Nord Stream had a comprehensive backup plan in place, with at least one spare turbine permanently on standby.

German Vice Chancellor and Minister for the Economy Robert Habeck unveiled a series of new fuel-saving initiatives on Thursday as part of preparations for the potential for future cuts to Russian gas imports.

“Russia is extorting Europe and Germany using the power we have granted it (due to our reliance on foreign energy sources). It is proving to be an increasingly unreliable supply with each passing day, according to Mr. Habeck.

Beginning in September, Berlin will tighten regulations for filling gas storage, give precedence to transportation of coal and oil above all other types of freight, do away with heating in some public places, and outlaw the use of gas heating in private swimming pools, according to Mr. Habeck. For the impending winter, he added, “We need a deep breath.” “Putin’s objective is to create unpredictability, drive up prices, split our society, and erode our support for Ukraine. Dmitry Peskov, a spokesperson for the Kremlin, denied such claims and attributed interruptions in the gas delivery to Western sanctions.

The limits that the Europeans have put in place, according to Mr. Peskov, are the root of their issues. According to German authorities, the pipeline will continue to run at its decreased pre-maintenance capacity, which they believe was purposefully set at a low level to prevent Germany and other countries from amassing sufficient gas supplies for the winter.

Despite having a capacity of 55 billion cubic meters per year, Nord Stream is only able to carry amounts up to 30% of that amount due to technical constraints caused by the pressure levels in the pipeline.

According to a German government minister, Mr. Putin is purposefully inciting fear in the world’s energy markets, but he is unlikely to entirely cut off supply since doing so would reduce his power and increase the likelihood of a stronger response from the West.

The economy of Germany is already suffering from the lower inflow of foreigners and uncertainty. With the German government, the largest gas company, Uniper SE, is negotiating a rescue. The corporation said on Monday that it had drawn down a credit line with the German state-owned KfW Bank for 2 billion euros, or $2.04 billion. 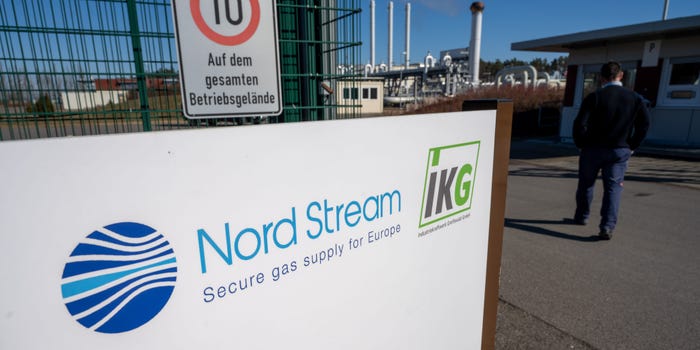 A representative for the German Economy Ministry stated on Monday that the government was collaborating with Uniper and its Finnish parent company, Fortum Oyj, to develop solutions to assist the business.

After vowing to stop importing Russian energy by 2024, Germany and other European Union members are now establishing two crucial backup plans. The first expects that things will remain as they are, with Nord Stream operating at around 40% of its full capacity.

In that situation, even though gas storage tanks are already 65 percent full, Germany would have to drastically reduce use compared to last year to avoid a winter shortage. Certain places, however, are expected to be hit more than others, prompting local countermeasures such as supply restrictions and limited sector closures.

In this case, Germany would be unable to replenish its stocks completely until the end of the year, leaving it exposed to future supply cuts and rising energy costs.

According to a Forsa poll issued on Wednesday, over 66 percent of Germans believe the government is not doing enough to address growing energy costs, and around 53 percent believe the sanctions are impacting Germany more than Russia. This might be politically explosive for Berlin.

“We must get ready for a war economy… the upcoming two winters will be challenging,” said German lawmaker and former EU head energy official Günther Oettinger. The consequence of energy costs “risks disrupting our basic democracy.”

Chancellor Olaf Scholz would be able to seize control of the gas market and regulate use under the second scenario, which German authorities in Berlin deem to be less plausible. It calls for the cessation of the Russian gas supply before the end of the year.

According to Deutsche Bank, the restriction would mostly affect firms under the regulation that protects homes and critical infrastructure, producing a 5% to 6% decrease in Germany’s GDP in 2023.

Because many European nations that rely on Russian gas rely on supplies passing via Germany, any disruption or reduction in supply via Nord Stream would be felt throughout Europe.

The EU adopted measures this week that include restricting office temperatures to 66 degrees Fahrenheit this winter to reduce gas use by 15% between August 2022 and March 2023.

To assist one other’s regions that may experience fuel shortages, Germany and Austria struck a contract to share their gas storage capacity. Vladimir Putin, the despot of Russia, is using energy against us.

According to Josef Sikela, the Czech Republic’s minister of industry and commerce, collaboration with Germany, through which practically all of our gas is supplied, will be crucial for us in this regard.

Additionally, Europe is making changes to its gas infrastructure, which up until now has mostly been designed to accept supplies from Russia. While Austria and Italy look at upgrading their infrastructure to be able to feed more Norwegian gas into their storage, Belgium and Germany are trying to increase the capacity of a pipeline connecting the two countries.

The Netherlands, which was formerly one of the world’s top gas producers, is considering temporarily extending the life of a gas field that was slated to be shut down after mining activities caused repeated earthquakes.

Several countries, ranging from Norway to Algeria, the United States, and Qatar, are striving to obtain gas from non-traditional sources. This gas is commonly transported by ship as liquefied natural gas. 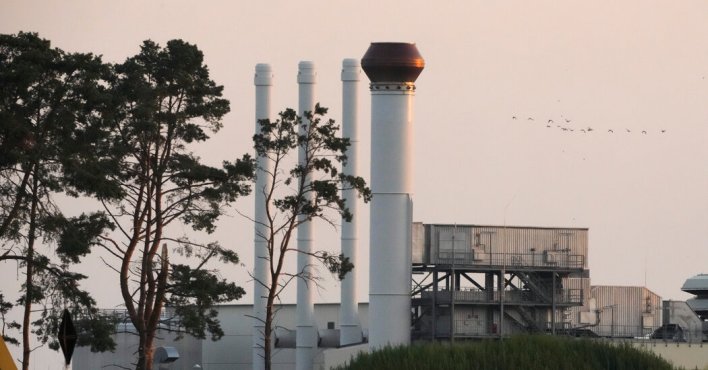 Germany has rented five floating terminals that can manage those inflows in addition to developing other LNG terminals on its coast to receive imports from distant nations. Increased LNG purchases by EU countries—Germany alone is spending more than €15 billion—have resulted in a shortage in the market, making it difficult for countries like Pakistan, to get supplies.

Gig Interrupted: How Indian workers face challenges because they don't have a safety net

Unicorn on a bike: How Rapido fought Ola and Uber to win big in small rides 2022