Since 9/11 in 2001 during the George W. Bush presidency, America has not experienced any Islamic terrorist attacks. The Patriot Act was passed two months after the attack that killed thousands, destroyed parts of the Pentagon, and brought down three fully loaded planes as one targeted the capital or even the White House in Washington DC.

Popularly known as the Patriot Act, it bypassed the standard legal system in the US to target suspected terrorists, their sympathizers, their supporters, sources of funding, and their flows, both domestically and internationally. In addition, there is very strict and ruthless covert action to foil terror plots and nip them in the bud. A major or minor terrorist attack in the US can be intercepted, obstructed, and prevented.

The American Bill of Rights was primarily ignored by it. Anybody could be jailed on mere suspicion, regardless of criminal history. There was no limit to what it could do, including accessing all public and private documents, tapping phones, confiscating funds, blending intelligence and law enforcement, and doing anything its employees deemed necessary. 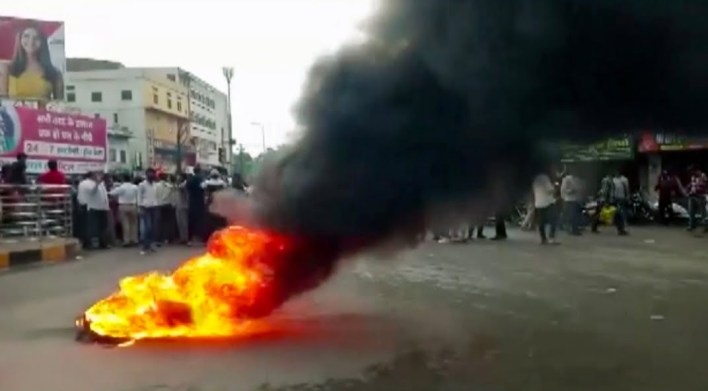 Guantánamo Bay prison worked alongside the American justice system outside of its jurisdiction as part of this program. Despite his promises, President Barack Obama did not close this jail. The Patriot Act and its subsequent amendments took on international terrorism head-on, head-on, without apologizing.

The law expired when Congress failed to extend the law’s provisions in 2020. 2015 saw some changes, including a loosening of its most draconian provisions. It was combined, internally, with massive military action by the US and NATO against Afghanistan (based, in part, in Sudan), which was rumoured to be the headquarters of Al Qaeda.

A bogus WMD charge was also levelled against Iraq, which was later proven to be false. However, the international terrorism threat was not diminished by all of this. This was mainly because Pakistan, considered the origin of terrorism, was not harmed. Pakistan still enjoys covert US support, which sees it as a geostrategic asset.

Although there have been several clear links between the 9/11 attackers and the attack, in Pakistan, the ISI and its agents trained and indoctrinated most of the attackers, who were primarily Saudi nationals radicalized by Al Qaeda. The work done by Pakistan hurts India every day. Unless the United States permits India, India cannot effectively attack and destroy terrorist infrastructure and personnel within Pakistan, including the ISI.

See also  Hong Kong Restaurants Are Going to Great Lengths to Protect Diners From Coronavirus. Here’s What They Could Teach the U.S.

There is no point in launching a Balakot attack or conducting covert operations through the Research and Analysis Wing. Nonetheless, with US support, including implied diplomatic support and military backing, China and Pakistan would be constrained from acting excessively aggressively. 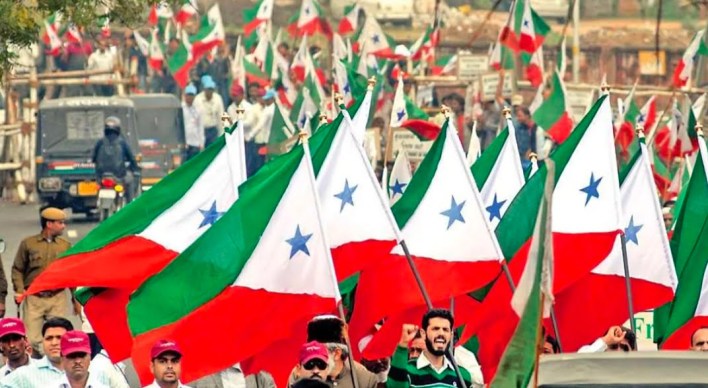 There may be a nod forthcoming in stages, starting with reclaiming PoK and Gilgit-Baltistan. There are allegedly ongoing backchannel discussions. In this manner, India would directly challenge the hegemony of China and Pakistan. It can be attributed to American strategic backing for a free Tibet and a push back against a weak China economically.

In the meantime, India is busy preparing for a multiple-front limited war. As the prime planner of 9/11, Osama Bin Laden confessed to being the inspiration of the attack while sheltered in Abbottabad, Pakistan. US intelligence was aware of Bin Laden’s presence in Pakistan. President Barack Obama took office right before a covert commando action was carried out, eliminating him. Did Pakistan approve of this as well?

Given that it accepted its sovereignty’s violation meekly, it probably was. Americans have carried out multiple drone strikes against terrorists within Pakistani territory from Afghanistan, unaware of this sort of intrusion. American Muslims are only 4 percent of its population, so the Islamic terror threat is essentially a result of imported actors and foreign funding.

Recent incidents of natives shooting innocents and children with political and white supremacist overtones have become commonplace. There is a right to own and bear firearms of various kinds in the United States. More and more bloody attacks against the Hindu majority in India are becoming more common as the Hindu Nationalist BJP ascends to winning the votes of 200 million plus Muslims.

Many mandirs have been trashed, and Hindu religious procession passes through Muslim-dominated neighbourhoods. In many states not led by the BJP, these incidents lead to riots, arsons, loot, rape, and murders. Hindus abhor cow slaughter, and raw meat is often thrown into mandir courtyards to provoke hatred. 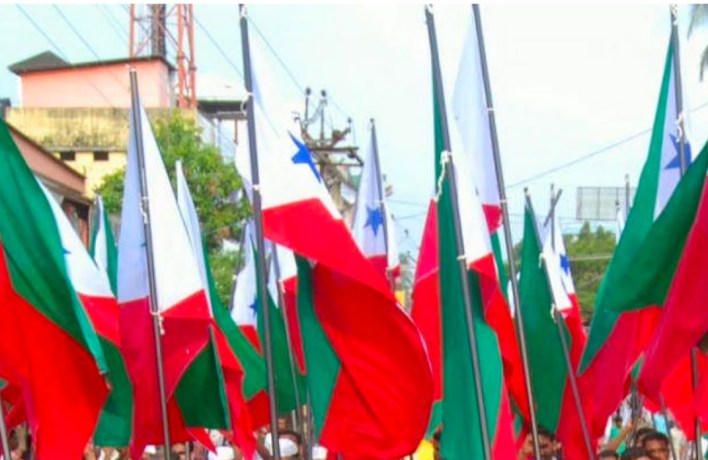 Many Liberal-Left media outlets tend to gloss over such open hostility within opposition states. In response to the proliferation of organized movements such as PFI and SIMI, sponsored by Pakistan’s ISI and other terror groups, radical groups are now openly threatening anyone they wish. A Hindu tailor from Udaipur and another in Amravati, Maharashtra, were recently beheaded, as were the Prime Minister and BJP MPs, journalists, and business people.

Around 80% of India’s 1.44 billion population are non-violent Hindus. In the pre-independence days, they widely promoted Gandhian notions of Ahimsa. Muslim businesses, employees, and places of Sufi worship, once generously patronized by Hindus, are now being shunned by even this docile population. Since Pakistan was formed in 1947, the Muslim community has been left alone by the Government, only to be incited by radical maulvis and maulanas.

Other individuals are called Kafirs in mosques, dargahs, seminaries, and madrassas, as well as in their tight-knit communities. Hindus don’t hide or appreciate all of this, given the availability of multiple TV news channels and social media. Incitement by Muslim agents, foreign arms, money, and opposition politicians cost the BJP almost instant exposure and Hindu voter consolidation.

While this is taking place, the Indian Government is making great strides to improve its ties and trade with Gulf, North African, Asia-Pacific, and African countries. They do not fall for Pakistani/Left-Liberal propaganda, aided occasionally by Turkey, which portrays India as a tolerant multi-ethnic and religious country.

Even though it is dangerous and bloody, Islam’s onslaught on India is regarded internationally as a local matter without legs or future. However, the Indian state is reluctant to take action against radical elements at home in light of this diplomatic gain. The Pakistani ISI is also using this, and they are also utilizing the emphasis on irrefutable proof of guilt in Indian courts. 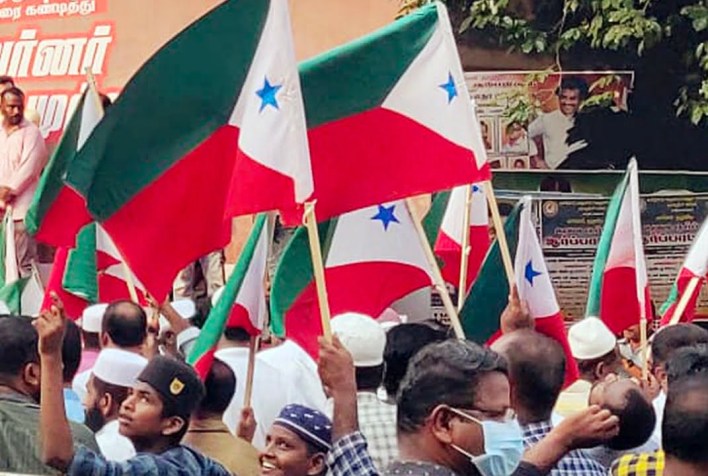 The UAPA is ineffective after a single court hearing, even if it contains strict provisions. System games are played shamelessly by jihadists. Hence, a Patriot Act that is unaffected by the judiciary is needed. A war-like insurgency cannot be treated as a regular insurgency. Muslims have been pampered and appeased by political parties for years, and this continues today.

Essentially, they want to equate militant Muslim organizations, which openly promote jihad, with false Hindu terror, which they claim will be created by 2047. The RSS equivalents are encouraged to radicalize a mass of violent Muslims. Not only is RSS the ideological parent of the enormous BJP, but it is also the world’s largest social-work NGO.

The RSS doesn’t seem involved in any violence, so where is the violence coming from? From the Islamist side, not a single provocative statement has been made. It is essentially a lie to blame its assassination on MK Gandhi. As we see today, when we look at the effects of not insisting that all Muslims vacate India at partition, Nathuram Godse’s views are appreciated by many.

The Congress, notably, cites a fiction Hindu Terror to counter the charges of motivated and financed Islamic aggression. Therefore, it tried to link 26/11 to Hindu Terror, likely cooperating with Pakistan. In the UPA led by Congress at the time, if Kasab had not been caught alive, they might have succeeded in making it stick.

To deal with a severe threat to internal security, trading charges of communalism and blame is no longer effective. The threat posed by Maoists in the Indian Deccan and East is equal to, if not greater, that of the Indian Communist Party. Terrorists, traitors, and seditionists must be treated separately from ordinary law-abiding Muslims, who constitute the majority of Muslims.

Before the radical fringe propagates the statement that all Muslims are victims of Hindu oppression and seek to destroy the nation’s fabric, some of this has already occurred due to the Government failing to differentiate the two. By ignoring the problem, it ignored the growing crisis. 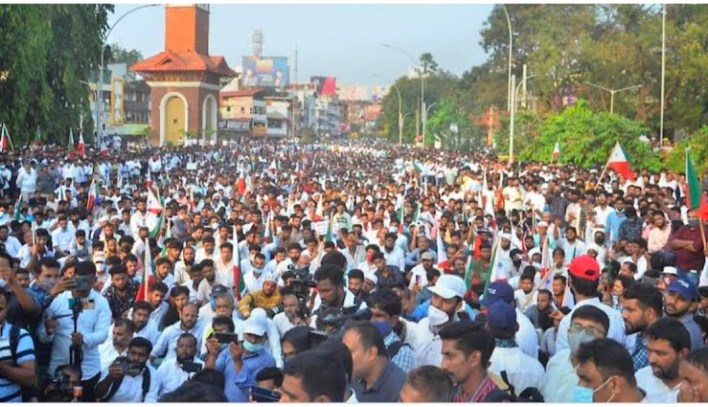 A precise determination to apply force accurately is the only way to quell these movements, as it was with the Naxalite movement before this, originating in the 1970s, and the Maoist/Urban Maoist movement continuing today. The same force overcame Punjab and the North East. Instead of doing something about it now, the Government can only make the problem worse by delaying it until later.

In the same way that the SIMI was banned before, banning the SFI is not enough. Therefore, it is resurrected in different forms and clusters, and the problem is not resolved. Because this is warfare, it must be rounded up and punished immediately.

Why has the price of Zomato's shares dropped to its lowest level ever and it's Share Value sees a decrease of 14.3% as the lock-in period expires.

How China's Zero Covid Policy will Take a Toll on its Economy: Latest News of 2022