The US Secretary of State Anthony Blinken commented directly on our internal affairs the other day, calling India the world’s largest democracy and home to diverse religious beliefs. Let us ask the fundamental question rather than dignify the response. Towards which lobby is the Secretary of State pandering? Why would the Biden administration feel so desperate that they have to appeal for support from a tiny slice of Washington’s activist class?

We are dealing with a teetering presidency and a dysfunctional administration. President Biden has been overwhelmingly unpopular since he took office just over a year ago. He no longer commands the public’s trust on every issue, from foreign policy to the management of Coronaviruses. At least 70 percent of Americans aren’t even interested in voting for him in 2024, let alone supporting him! The same goes for members of his party. One-half of Democratic voters said they would like to see someone other than Biden as the party’s nominee. 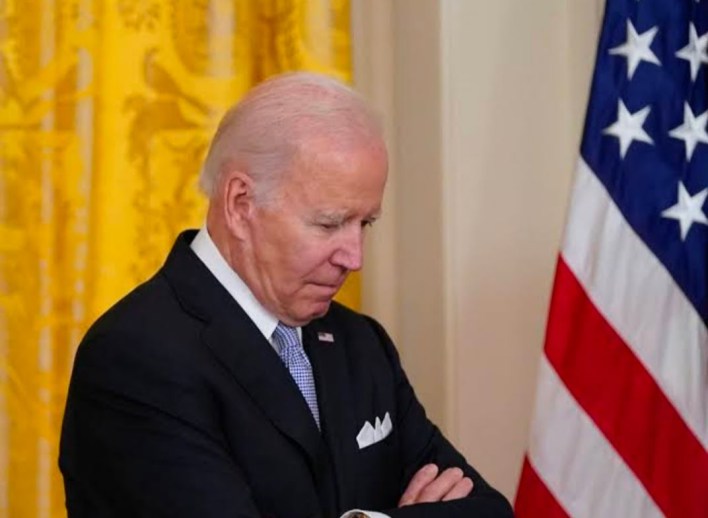 The result of all this is that everyone in Washington and all the other politicians are frantically trying to escape from President Trump. The midterm elections in November will pose a significant challenge to his party, and it is likely to lose its hold on both houses of the legislature. Biden is no longer sought by Democratic colleagues hoping to save their political careers. Biden has refused to share the stage with his party candidates in states where his party hopes to pick up governorships and a few seats.

What led to this? Americans suffered a series of policy failures that left them struggling with a shortage of essential items, high prices, a new war, and an erosion of their trust in government. The country’s mainstream media, in which the Biden administration is mostly viewed favorably, reached a point where they could no longer easily ignore the problems of the everyday lives of the citizens.

According to the White House, the biggest concern is hoarding, in the form of people collecting food due to fear. Food shortages are a massive problem throughout the country, especially when it comes to baby food. Since February, the situation has gotten worse. Before October and November last year, Americans reported shortages of essential items at local grocery stores. The USA was running out of everything due to a breakdown in its supply chain, from a pileup at its ports to a shortfall in trucking. 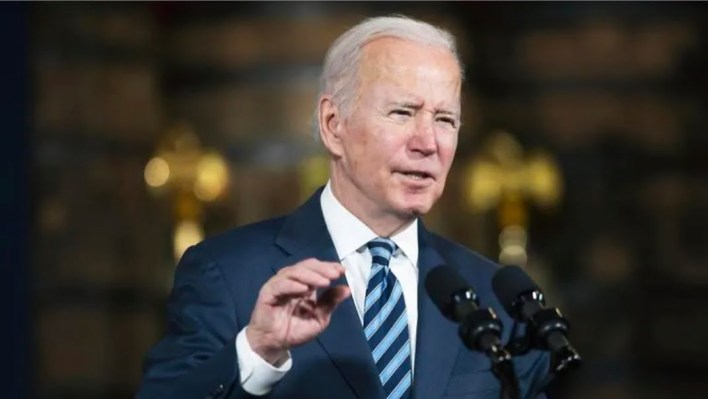 Books couldn’t be printed on paper, tires couldn’t be made from rubber, and furniture couldn’t be made from wood. There has been a shortage of aluminum, which has forced hospitals to ask the local population for crutches and wheelchairs. According to the administration, shortages should not scare people, so they feel good about them. People have too much money. Therefore, there must be a shortage.

Nevertheless, by April of this year, desperate mothers from all over the country were searching for a store that still sold baby food, sometimes driving dozens of miles. Customers can now purchase a limited amount of baby food at one time at major retailers. However, most stores remain empty. The public has become increasingly resentful of the ever-increasing prices. The Biden administration now blames hoarding on mothers and their babies, much more comparable to the Venezuelan or Zimbabwean regimes.

GDP In Negative Territory, Inflation At A 40 Year High

After the devastation left by the pandemic, Biden rode to power with a promise to rebuild after the November 2020 elections. Despite his party having a majority in both chambers, the economic relief package has yet to pass. Despite this, his GDP figures for 2021 looked respectable, thanks to a low base effect. It is now 2022, and the first quarter data shows a decline of 1.4 percent on an annualized basis. 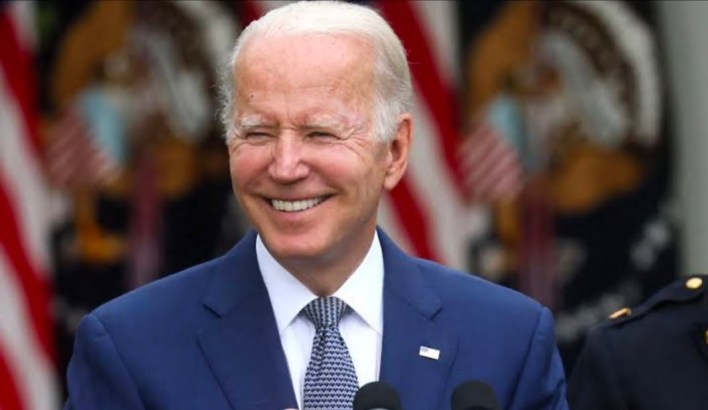 During this time, inflation was soaring. Initially, the administration claimed this was a myth. Nevertheless, people had to pay more for everything, from milk to meat. As of now, inflation has reached 8.3 percent, while economic growth has declined. There was a story in the New York Times about how harmful data obscured Biden’s economic recovery. The truth often lies in numbers, but regimes and their media do.

It is not enough that the economy is suffering from negative growth, a 40-year high in inflation, and the cities in America are at their most dangerous in decades. There have been 44 percent more murders in major American cities in 2019 than in 2018. Murders in New York City are up 52 percent compared to pre-pandemic levels. Last weekend, there were 50 shootings in Chicago alone. Due to this, Chicago has imposed a curfew on minors out after dark.

Because Biden’s Democratic Party has become perceived as soft on crime, the situation is complicated. In fact, since the mid-2020 elections, most of his party’s activists have pushed for defunding and abolition of the police. Since then, crime has risen consistently, and law and order have broken down. Thieves have entered stores, filled their sacks with anything they want, and then walked out casually. Storming entire shopping blocks simultaneously has become typical for coordinated robberies. 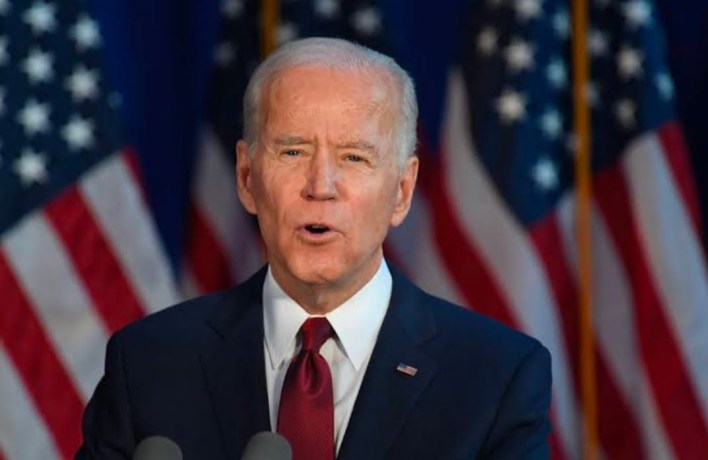 There are now many boarded-up glass shops in the fashionable downtown areas of many American cities, which resemble war zones. Many people now choose to leave their windows down while parking to ensure thieves can’t see what’s inside their cars. In light of this, the Biden administration has been forced to explain their soft on crime approach, pretending to ignore the far left element of their party base that is anti-police. This means they claim they never existed.

A Military Defeat In Afghanistan, And A Failing War In Ukraine

After the Russian invasion of Ukraine in March 2022, an embarrassed Biden told reporters that sanctions never deter. In January 2022, Secretary of State Anthony Blinken made it clear that sanctions were to deter Putin. The US sanctions no longer work, no matter how you spin it. The US military retreating from Afghanistan was no longer the sole superpower. Biden presided over this retreat.

There are now severe problems with the war in Ukraine. As a result, American consumers pay twice as much for gasoline because of the war. As part of the military aid package for Ukraine that Biden hurriedly pushed through, they also contributed 40 billion dollars in advance for the war. The production of baby food at this time was difficult for American mothers. Ukraine did not receive any of the money. American defense contractors used it for weapons purchases.

Politicians often receive donations from the same defense contractors. Biden’s Democratic party leaders stated that it was a Christian religious duty for ordinary Americans to give $40 billion to defense contractors. In the House, they quoted the Bible as proof. Throughout the country, Russia continues to advance. Russia continues to sell oil and natural gas to NATO allies.

Contrary to expectations, US sanctions have had the opposite effect. Due to the sanctions, Russian crude has become less expensive in the global market. Russia’s current account surplus in 2022 reached $96 billion, almost four times greater than its surplus in 2021. Moreover, President Biden believes Ukraine may be forced to cede territory to Russia.

Additionally, the Biden administration is accused of corruption amidst all the bad news. The president’s son is under investigation for potentially millions of dollars in tax fraud. Hunter accidentally left behind the so-called “laptop from hell in Delaware.” The device contains many emails that indicate Hunter may have sold his father’s access when Joe Biden served as vice president. 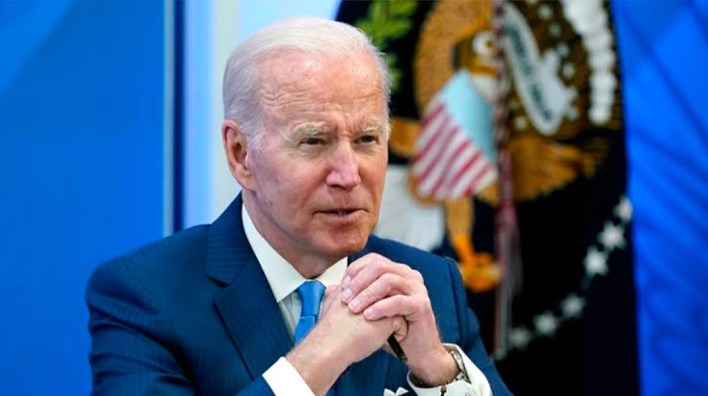 He was also paid to sit on the boards of oligarchs connected to the Chinese Communist Party and Ukrainian oligarchs. Furthermore, the reality that mainstream media dismissed the laptop as fake news before the presidential election makes the situation even more sinister. As part of a disinformation campaign, ‘experts’ labeled the laptop Russian.

The story subsequently faced a severe clampdown by Big Tech, which prohibited the story from being shared on major social media platforms. It has been determined that the laptop and the emails are authentic. There is a growing view that media companies and technology companies are covering up to influence the 2020 election.

A Failed Ministry Of Truth

Biden’s Department of Homeland Security announced the creation of a new body called the “Disinformation Governance Board” in April 2022. The Board was to identify “disinformation” regarding various matters and assume security threats for those spreading that information. Several commenters immediately characterized the move as an attempt by the Biden administration to muzzle critics. In Orwell’s dystopian novel, the Ministry of Truth was named.

Nina Jankowicz, an expert seen as highly partisan who was supposed to head the Board, did not inspire confidence. She promoted rumors that later proved false, including allegations that the Hunter Biden laptop contained disinformation, based on her social media footprint. Many Americans found her demands to be chilling. She even demanded the right to edit tweets posted by ordinary users, saying they were devoid of context. After being ridiculed for a month, DHS finally disbanded the Board. 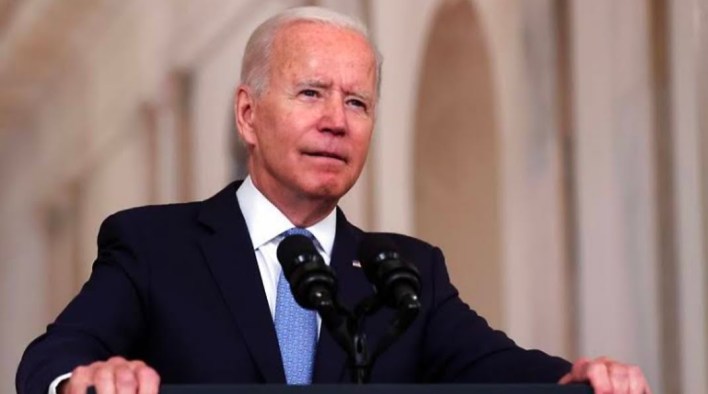 Even some religious lobbies in the United States that contribute to conversion and missionary activity in India might appreciate their efforts. However, food shortages, inflation, soaring crime, failed wars, and corruption is likely prominent during the elections. A handful of liberal media outlets in America, which support the Biden administration, have blamed India for several issues in recent months.

Even though Europe bought more Russian oil than India, they blamed India. After vaccines, India now hoards wheat. Religious minorities are now said to be intolerant in India. American liberals can’t use these distractions. There is still the issue of American food shortages.

After a Mumbai guy took out a Rs 5,000 loan using an app, collection agents forced him to pay Rs 4.28 lakh, loan or scam?