Although tactical nuclear weapons are more compact, using them would be extremely dangerous.

Fears that Russia will use nuclear weapons have been rekindled following the spectacular defeat of Vladimir Putin’s army in the Kharkiv province. “I fear they will strike back now in really unpredictable ways,” Rose Gottemoeller, a former NATO deputy secretary-general, warned, “and ways that may even involve weapons of mass destruction.” Ms Gottemoeller told the BBC that she was less concerned about Russia’s massive intercontinental ballistic missiles, which can cross oceans and destroy cities, and more concerned about its so-called tactical nuclear weapons. What are these, and how might Mr Putin employ them if he loses the war?

Tactical nuclear weapons (also known as “non-strategic nuclear weapons”) have low yields. They can be a few kilotons or less in weight. If used as a tactical weapon, the yield of a B61-12, an American weapon with variable yield, can be “dialed down” to 0.3 kilotons—roughly one-fiftieth of the yield of the bomb that demolished Hiroshima.

The detonation of several thousand tonnes of improperly stored ammonium nitrate in Beirut in August 2020 demonstrated how devastating such explosions can be. They are, however, far less lethal than the weapons used in a full-fledged nuclear exchange.

America has approximately 100 tactical nuclear weapons stationed at air bases in Europe, primarily to provide its NATO allies with a stake in nuclear deterrence. Thousands are thought to exist in Russia. It sees them as a way to compensate for NATO’s superiority in advanced conventional weapons.

Their military utility is modest. Except for the most deeply buried command posts and bunkers, today’s conventional (non-nuclear) precision-guided weapons are highly accurate and can destroy most targets. To be sure, Russia’s precision munitions have frequently missed their mark in this war, and supplies are running low. On the other hand, tactical nuclear weapons would not be a viable substitute: massive numbers would be required to produce a lasting military effect. According to one study of India-Pakistan scenarios, a five-kiloton nuclear bomb could destroy as few as 13 tanks if they were dispersed. In any case, Russia has demonstrated a vanishingly small ability to locate and strike moving targets.

The fear is that Russia will use them for coercion rather than battlefield advantage. According to Christopher Chivvis, America’s top intelligence official for Europe from 2018 to 2021, in various war games held after Russia’s annexation of Crimea in 2014, Western experts and military officers playing Russia sometimes chose to conduct nuclear tests or a high-altitude detonation of the type that interferes with communications over a wide area.

Ms Gottemoeller suggests a single strike over the Black Sea or on a Ukrainian military facility. “The goal,” she suggested, “would be to get the Ukrainians to capitulate in their terror.”

This would be difficult to reconcile with Russia’s stated policy. From “situations critical for the Russian Federation’s national security” (in 2000) to something more stringent: “aggression…involving the use of conventional weapons when the state’s very existence is threatened,” the threshold for nuclear use has increased in recent years (in 2014).

However, it is possible that Mr Putin equates the survival of his own regime with the survival of the state, and sees defeat in Ukraine as an existential threat. If Russia’s army is routed in southern Ukraine to the point where Ukrainian forces threaten to retake Crimea, Mr Putin may be forced to take more risks.

Even so, the dangers would be huge. A strategic nuclear strike on a Ukrainian base or over the Black Sea would be unprecedented—the first use of nuclear weapons in anger since 1945—but it would not necessarily put an end to Ukraine’s offensives. General Valery Zaluzhnyi, Ukraine’s top commander, stated in a co-authored essay that was released on September 14th that “it is difficult to imagine that even nuclear strikes will allow Russia to break Ukraine’s will to resist.

“Any decision to violate the nuclear non-proliferation treaty would jeopardize Russia’s relations with friendly or non-aligned countries such as China and India. And a strike on Ukraine could result in the exact opposite outcome that Mr Putin has sought since the beginning of the war: the deployment of Western forces, such as specialist radiological teams, into Ukraine.

Moreover, despite his descent into dictatorship, Mr Putin is not Russia’s sole decision-maker in this regard. Mr Putin, Sergei Shoigu (his defense minister), and General Valeriy Gerasimov are the three officials who carry the Cheget, or nuclear briefcase, which transmits orders to rocket forces (chief of general staff).

According to some accounts, for an order to be valid, two of the three terminals must send a code. If such a significant order were to be ignored or reversed, it could be fatal to Mr Putin’s authority.

Much of it is simply unknown. In recent months, debates over whether Russia would or would not use nuclear weapons have taken on a theological tone. One school of thought contends that the risks are so great that the West must coax Ukraine’s government into talks before things spiral out of control.

Another retort claims that exaggerating nuclear risks helps Mr Putin by discouraging the West from sending its most advanced weapons and preventing Ukraine from liberating all of its territory. In reality, the only person who can say with certainty is Mr Putin himself. 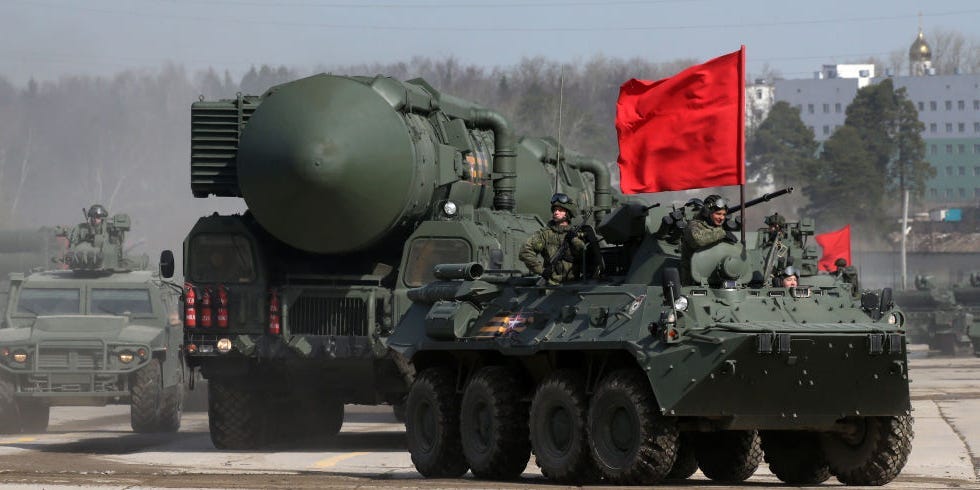 The war waged by Vladimir Putin- Russia is failing. The West should assist it in failing faster.

One of the many justifications Vladimir Putin has given for invading Ukraine is that the two countries are “one nation” that should be united under his benign rule. “Do you still believe that?” As his troops ejected tens of thousands of Russian invaders from Kharkiv province, Ukraine’s president posed this week. The triumphant sarcasm of Volodymyr Zelensky was justified. The Kharkiv counter-offensive, which began on September 5th, is Russia’s most dramatic reversal since Mr Putin abandoned his attempt to seize Kyiv, Ukraine’s capital, at the end of March.

Its significance goes beyond the liberation of 6,000 square kilometers of territory in a matter of days, which is more than Russia gained in the previous five months. It’s also not Ukraine’s seizure of the tanks, guns, and ammunition boxes that Russian soldiers abandoned as they fled in chaos.

Ukraine has also retaken two key transportation hubs, Izyum and Kupyansk, which Russia requires to complete its conquest of the Donbas region and integrate it into Russia. Mr. Putin’s plans to hold phony “referendums” on annexing occupied parts of southern and eastern Ukraine have been halted, as Ukraine counter-attacks in both areas. Predictions in war are always dangerous, but the tide appears to have shifted. Russia’s occupation is being held in check everywhere, and Ukraine is gradually—and sometimes abruptly—rolling it back. Ukraine’s battlefield progress is supported by two pillars: materiel and men. It has an ever-increasing edge in hardware. America and other friendly countries have sent it rockets with sufficient range and accuracy to change the terms of engagement. Ukraine can see and hit enemy ammunition dumps, command centers, and logistics nodes far behind the front lines, whereas Russia cannot.

Russia’s ostensible air superiority has been thwarted by mobile air defenses. And, while Russia is depleting its arsenal, Ukraine’s is becoming both more plentiful and more powerful as superior NATO equipment replaces its old Warsaw Pact equipment.

Ukraine’s manpower advantage is also growing. Mr. Putin’s initial invasion force of 200,000 people was never large enough to occupy Ukraine. (He apparently imagined that the Ukrainian opposition would capitulate.) Russia’s losses have been enormous; according to one estimate, 70,000-80,000 of its soldiers have been killed or injured. Mr Putin is struggling to replace them despite raiding jails and offering huge bonuses.

Ukraine, on the other hand, has access to its entire adult male population. Their morale is at an all-time high, and they are well-equipped and becoming increasingly well-trained, in part because of NATO.They will grow more confident as Russia falters. They are fighting for their homes and their neighbors.

The Russian military is engaged in combat against the falsehoods that Ukraine is run by “Nazis,” and that it poses a threat to Russia, and that its people want Russia to “liberate” them. Theoretically, Mr. Putin could direct a general mobilization and force many more young Russians into battle; however, he is well aware that this would be extremely unpopular, which is why he has not done so. Even if he did, recruiting, training, equipping, and deploying the hesitant and terrified reinforcements would take months.

Ukraine’s victory is far from certain, but a path is clear. It will be difficult to evict Russia completely from Ukraine. It will have to be pushed out of territory where it is far more entrenched and organized than in Kharkiv. A general collapse of Russian forces is not impossible, but it is unlikely. 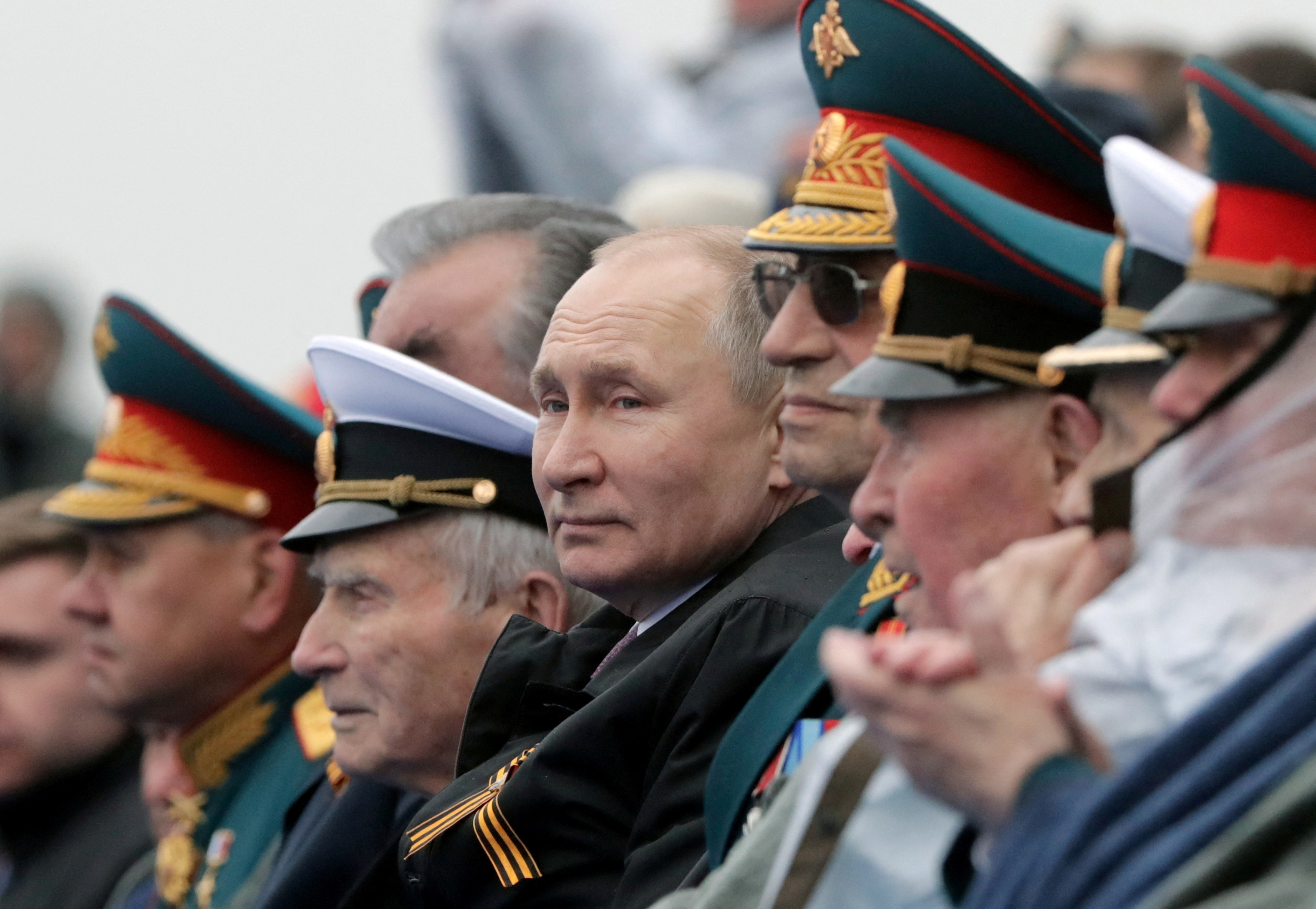 As a result, the West should reinforce success. Ukraine has demonstrated that it can use Western weapons to reclaim territory; the West should send better ones, such as longer-range atacms munitions for the highly effective himars launchers, which it previously refused to supply.

To avoid escalation, advanced NATO weapons should not be fired into Russia; Ukraine will undoubtedly comply rather than alienate its arms supplier. It will also require a consistent supply of ammunition for future offensives, as well as armored vehicles to move forces quickly. The West ought to think about what Ukraine requires next year and significantly increase the scale of training for Ukrainian troops abroad.

In a war, momentum can be self-sustaining. If Ukrainians in occupied towns believe the invaders will stay, some may eventually acquiesce or even collaborate. If they believe the Russians will be kicked out in a few months, they will have the opposite incentive: resisters will expect to be on the winning side, while collaborators will expect to be imprisoned. As a result, the more stolen land Russia loses, the more difficult it will find it to hold on to the rest.

All the more reason for Europe to stand firm against Mr. Putin’s energy extortion. Since he stopped supplying Russia with gas, European governments have vowed to go to great lengths to keep their citizens warm this winter, even as they search the globe for alternative energy sources. You can argue about policy details, but the important thing is to remain united in the face of adversity.

Meanwhile, Mr Putin’s carefully cultivated aura of invincibility is beginning to fray. He has muzzled most dissent, but unease is being expressed. Hawkish voices are criticizing the war’s conduct. Fearsome Chechen warlord Ramzan Kadyrov, whose men have terrorized and waged war against Ukrainians, has described the situation as “astonishing.” On Russian television, a nationalist suggested tactfully that Mr Putin had made a mistake. Local politicians in Moscow and St. Petersburg have even called for the Kremlin’s man to resign.

Delusions of an elderly man

Russia’s economy has fared better than expected in the face of sanctions, but it is gradually stagnating, and the energy prices that benefited Russia have fallen. The West should try to divide the regime from the Russian people. Western leaders must emphasize that their beef is with Mr. Putin, not his subjects. Western countries should welcome Russian defectors, particularly those with higher education. Russians who work for the regime, on the other hand, should be denied visas. Russia’s elite, with luck, will grow tired of isolation, just as its security forces grow tired of being dragged into an unwinnable war by a tyrant with delusions of historical grandeur. Russia has the option of ending the conflict at any time. However, peace will not be achieved on Mr Putin’s terms.

Rupee falls 8 paise to 79.82 against US dollar in early trade