The world’s supply networks are undergoing a huge upheaval as a result of COVID-19 disruptions and geopolitical developments. India currently has the strongest chance to improve its economic involvement in the global economy.

India’s economic growth trajectory, which has increased from stable throughout the 1960s to the 1990s to strong in the 2000s and accelerated in the 2010s, is indicative of the nation’s economic potential. Numerous economic reforms throughout the years have promoted a favorable and hopeful business climate while also speeding up social growth and advancement.

However, the economic crisis caused by the pandemic and its devastation made 2020 a difficult year for the Indian economy. Supply networks have been severely impacted by COVID-19, which has severely disrupted manufacturing and economic progress. 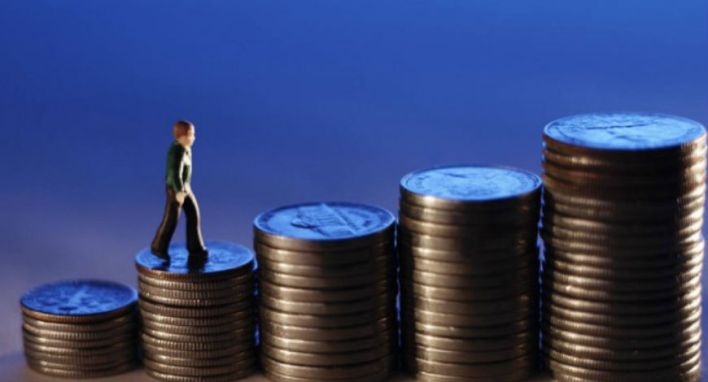 Over the years, international commerce has played a significant role in the Indian economy. India is recognized as one of the most appealing nations for international trade because of its substantial base of export-and import-focused sectors. The major objective of India’s international trade policy has been exported. Numerous factors, including a huge and expanding customer base; the availability of management and technical personnel that are both skilled and semi-skilled; the availability of funding; and enhanced infrastructure, among others, may contribute to this.

India’s exports have struggled in recent years due to a bleak outlook for the global economy and a considerable decline in global commerce. India’s exports, therefore, stayed at between USD 260 and 330 billion for the previous 10 years. The market’s resilience, dynamism, and supporting reform initiatives of the economy have allowed for significant changes in the volume, composition, and direction of India’s exports in recent years.

It is significant to note that India’s exports set records in FY 2021–22 as a consequence of the government’s continued efforts to diversify India’s exports in terms of market and product expansion. From April to March 2021–22, India’s overall exports—goods and services combined—reached a new high of USD 669 billion, up 34.50 percent from the same period in the previous year.

India is seen as a beacon of hope and a major force for economic advancement in the world economy. India’s position in the global economy is stronger than it has ever been, and it is anticipated that a series of tough economic reforms put in place by the government will help India become the fastest-growing economy soon.

The view of India as a large provider of raw resources is progressively deteriorating, as seen by the rise in exports of engineering, apparel, and other products. India is increasingly exporting more high-end, value-added products, and this endeavor is being pushed by its technology-led industries. Exports of man-made yarn, textiles, made-ups, handloom products, gems and jewelry, other cereals, cotton yarn, fabrics, and made-ups have all increased by more than 50% in comparison to the previous year. 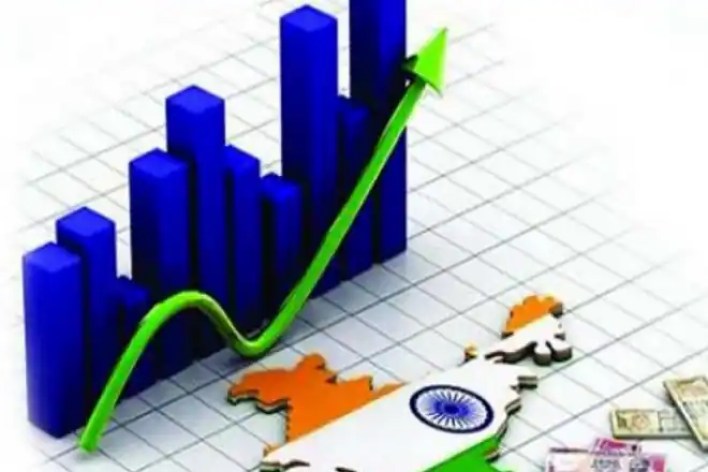 Businesses have adopted digital technology more quickly and increased the productivity of their operational processes as a result of this. As a result, the local manufacturing sector has become more completely linked to global value chains. Incentive mechanisms including subsidized bank lending, export objectives linked to long-term credit, export subsidies, R&D incentive programs, and infrastructure development all contributed to a higher export growth trajectory.

However, the cost of doing business, including the cost of capital, cost of compliance, cost of logistics, cost of land and availability of land, cost of power, cost of energy, and cost of labor, needs to be further reduced. The procedural requirements have been lowered and the communication between government departments has become transparent and hassle-free. A level playing field for Indian exporters would be created via cost competitiveness and trade facilitation initiatives.

Despite this, the government’s recent efforts to implement several structural changes are projected to support India’s economy and keep its growth rate strong. Now is the time for bold government changes to continue to accelerate export growth, realize the goal of a $5 trillion economy, and become Aatmanirbhar in the upcoming years.

The success of India’s exports will depend on its ability to diversify its markets, goods, and services. India should develop a sector-wide plan to achieve sectoral growth. Given that China’s market share is anticipated to continue declining due to the higher cost of labor, an ageing population, and trade restrictions put in place by various nations, there is an opportunity for the textile, agricultural, and food processing industries in India to grow and prosper in the global market.

Geopolitical changes and COVID-19 interruptions have caused a substantial upheaval in the world’s supply chains. Now is the greatest moment for India to increase its share of the global economy and create strong local supply chains while still taking part in the global supply chain network.

The focus of free trade agreements (FTAs) should be on integrating with global value chains to better position our products in front of foreign customers rather than encouraging global manufacturers to sell their goods freely in our market without a fair exchange of commodities and services. To take advantage of FTAs, we should revise our strategy and take an active stance to ensure a speedy settlement in each targeted market.

India must now think wisely and be ready with a strategy to further enhance quality, build capacity, introduce economies of scale, and improve price competitiveness to make our export products more relevant and enticing to customers across the world.

By making the trajectory of economic development sustainable, these measures will significantly contribute to achieving the target of having a 5 trillion USD GDP in a few years.

Despite global headwinds, the Indian economy is expected to grow by 7–7.8 percent in FY23.

Despite global headwinds, principally brought on by the ongoing Russia-Ukraine war, the Indian economy can grow by 7–7.8% this fiscal year because of higher agricultural output and a revived rural sector. According to a famous economist and vice-chancellor of the BR Ambedkar School of Economics (BASE), NR Bhanumurthy, the Indian economy is currently facing several difficulties, many of which originate from foreign sources.

He noted that, in contrast to advanced economies, India’s COVID stimulus measures, particularly the fiscal policy interventions, are less inflationary and instead promote growth. He also noted that the Russia-Ukraine war and global inflationary pressures have added risks to the economy, which is otherwise robust and has all domestic macro fundamentals well managed. 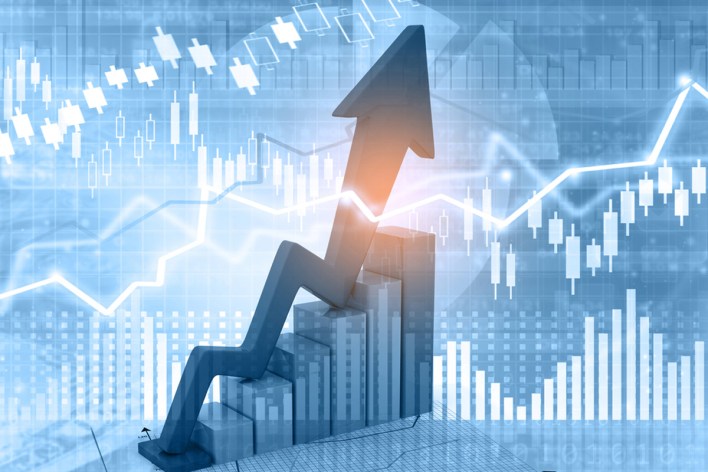 Bhanumurthy told PTI that India should achieve 7% GDP this year despite global challenges because of higher agricultural production and a revived rural economy.

Eminent economist and head of the Institute for Studies in Industrial Development (ISID), Nagesh Kumar, expressed similar comments, saying that high-frequency indicators indicate a robust economic momentum continuing through 2022–2023 with real GDP growth of about 7–7.8%.

According to French economist Guy Sorman, India may suffer significantly from the high import costs for fertilizer and oil. But because India’s economy is still mostly agricultural, the social repercussions of slower development will be lessened by city dwellers going back to their villages.

Sorman said this might increase agricultural output and grain exports. The World Bank has lowered India’s economic growth for the current fiscal year from 7.5% to 7.5% as rising prices, issues with the supply chain, and geopolitical uncertainty hinder recovery.

After shrinking by 6.6 percent the year before, the Indian economy grew by 8.7 percent in the most recent fiscal year (2021–2022). In its third monetary policy for 2022–2023, the Reserve Bank kept its GDP growth forecast of 7.2% for the current fiscal year but cautioned about the consequences of geopolitical unrest and a global economic slowdown.

Regarding excessive inflation, Bhanumurthy pointed out that the CPI reached its highest in March 2022 and that over the previous three months, gasoline prices had a substantial impact on the CPI.

The removal of gasoline taxes and an increase in policy interest rates, among other recent policy adjustments, should reduce inflation and expectations in the coming quarters, he continued. “It appears that a significant jump in CPI inflation was caused by the delayed transmission of domestic gasoline costs and an increase in global fuel and other commodity prices,” he added.

The global headwinds of growing commodity prices do pose negative worries for the Indian economic future, Kumar noted, given the high CPI levels. Despite this, Kumar was adamant that “the growth momentum appears very solid, and I do not feel that India is on the cusp of stagflation.”

According to Sorman, widespread poor financial management, excessive government expenditure (which is mostly legitimate to make up for COVID-19), and cheap interest rates are to blame for the development of inflation worldwide. “The financial bubble is popping up everywhere. “India is not an outlier,” he said. “ 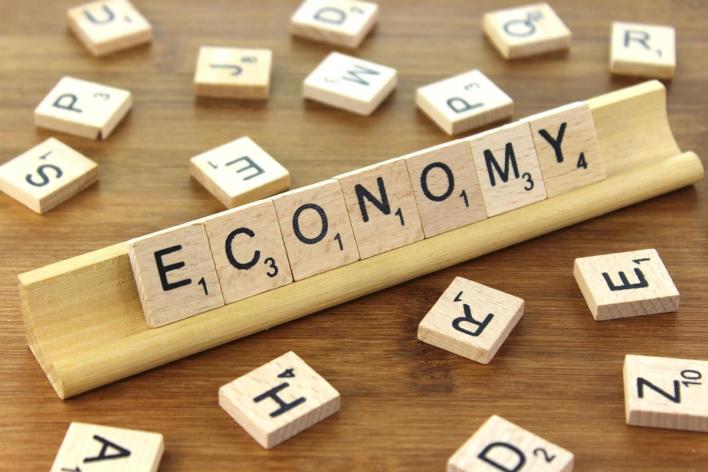 The government and RBI intervened to stop runaway price increases by reducing duties and raising repo rates, which resulted in a decline in retail inflation of 7.04 percent in May.

However, the inflation print exceeded the Reserve Bank’s upper tolerance range of 6% for the sixth consecutive month.

Sorman said that Narendra Modi was appointed as prime minister to fight public corruption and strengthen the Indian economy when asked if the country’s economy was performing better than it was eight years prior. Of course, Modi has made some progress toward his objectives. Indians as a whole are doing better than they were eight years ago.

US inflation reached above 9%