Tests carried out by a Swiss laboratory revealed “unacceptable amounts” of the poisons diethylene glycol (DEG) and ethylene glycol (EG) in cough medication produced in India and marketed in the Gambia. The Gambian government sent samples of the syrup, produced by Maiden Pharmaceuticals in Haryana, for research as part of its inquiry into an acute kidney injury (AKI) pandemic that is suspected of killing at least 70 children in the Gambia between July and October 2022. 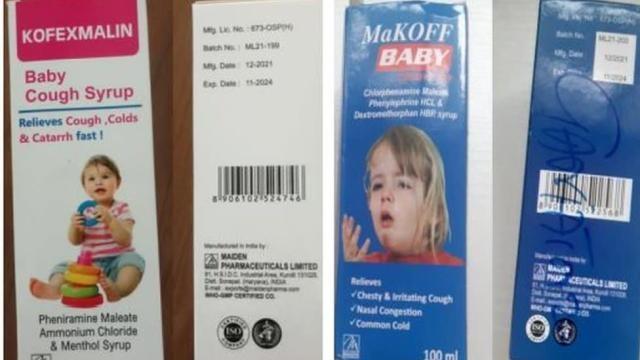 The findings from the Swiss laboratory are included in a report by the “Select Committee,” a legislative group of experts appointed by the government of The Gambia to look into the children’s causes of death and the institutional issues that contributed to their deaths.

The Select Committee is sure Maiden Pharmaceuticals Ltd. is responsible and must be held accountable for delivering the tainted pills that have been linked to the deaths of at least 70 children in The Gambia in 2022, according to the report, which was made public on December 20. The particular cause of these fatalities is still being investigated by the country’s health ministry, although AKI may result from a number of illnesses, including viral infections and chemical poisoning.

The health ministry of The Gambia gathered ten of the country’s most popular syrup brands and sent them out for testing. Only four of them, all produced by Maiden Pharma and named Makoff Baby, Kofexmalin Baby, Promethazine Oral Solution, and MaGrip N Cold Syrup, were shown to be tainted with DEG and EG.

The products were manufactured by the Haryana-based company, but were imported and provided to The Gambia by a local business called Atlantic Pharmacy, which claimed to have done so following a certificate of “good manufacturing practices” granted by Maiden Pharma itself.There is no independent organization in The Gambia that inspects the quality of imported pharmaceutical items.

The country’s health officials recorded 82 instances of AKI with 70 fatalities between June 4 and November 6. 68 of the casualties were under three years old, while 50 of the victims were men. The number of youngsters who died after ingesting the poisonous cough syrups is not disclosed in the paper.

The committee instead relied on testimony from parents and medical professionals who had cared for a number of the deceased children, as well as the proof provided by stool and blood samples taken from a subset of kids who were found to have high levels of paracetamol, a key component of the cough Between September 10 and 16, the government then implemented several prohibitions on the sale of paracetamol and promethazine syrups, which the panel noted were associated with a substantial decline in AKI cases.

The WHO issued a warning on October 5 associating four syrups with deaths in The Gambia, and as a result, Maiden Pharma’s export license has been stopped.India has responded by claiming that the WHO has made a “premature link” between the deaths of the youngsters and the cough syrups made there. The Central Drugs and Standards Control Organization’s director general, V.G. Somani said in a letter to the WHO last week that samples of the cough syrup examined at a government lab in India “were compliant” with requirements and free of DEG or EG contamination. His letter also stated that the WHO had not issued a study proving a “causal relationship” between syrup intake and the fatalities.

“This (event), in turn, has badly affected the reputation of the national regulatory system as well as the supply chain of pharmaceutical goods around the WHO or its local partners have not yet provided evidence to support this assumption across the globe,” stated Dr. Somani.

The number of child deaths presumably related to tainted cough syrups produced by an Indian company has increased Ahmadou Lamin Samateh, the health minister for The Gambia, said on Saturday, October 8, according to Bloomberg. It was reported that the rise in acute renal ailments due to paracetamol syrups had been under control the day before by Gambian President Adama Barrow. Early in September, health officials in the Gambia, a country in West Africa, were looking into whether there was a connection between the intake of paracetamol syrup for pain, fever, cough, and cold and the deaths of scores of children from acute kidney damage.

By the end of July, doctors had seen an increase in the incidence of serious kidney damage in children under the age of five and suspected a connection with medications. Mustapha Bittaye, the director of health services in The Gambia, was reported by Reuters as stating that several kids had renal issues three to five days after ingesting paracetamol syrup that was available locally. Kidney failure would be followed by a fever, difficulty urinating, and vomiting in the sick person. Figures from the Gambian Health Ministry show that by early August, 28 children had already passed away, with a death rate of 90%.

The Gambia began working with the World Health Organization on the instances in September and identified four locally available cough syrups it believed may be responsible for the illnesses and fatalities. Four subpar products”products “that fail to fulfill either their quality requirements or specifications” were the subject of a medical alert from the WHO on October 5.  Promethazine Oral Solution, Kofexmalin Baby Cough Syrup, Makoff Baby Cough Syrup, and Magrip N Cold Syrup were the four different types of cough syrup.  Maiden Pharmaceuticals Limited, Haryana, India, was listed as the producer. The warning further stated that using dangerous goods, especially on children, might “end in serious damage or death.

The four syrups in issue have been “possibly related to” cases of renal damage and the deaths of 66 infants in the Gambia, according to WHO director Tedros Adhanom Ghebreyesus, who called the occurrences “beyond tragic.    The Gambia began recalling all medications containing paracetamol syrup in September, but it didn’t start recalling the four particular syrups produced in India until after the WHO issued a product alert.

A laboratory investigation of samples from each of the four goods, according to the UN Office for Health, verified that they each had “unacceptable concentrations” of the two “contaminants,” diethylene glycol and ethylene glycol. It was said that even though these four syrups had been discovered in the Gambia, they might have been distributed clandestinely to other markets. On September 29, the WHO notified the Indian regulatory body Drugs Controller General of India (DCGI) that it was offering the Gambia technical support and advice on the matter.

What hazardous substances were discovered in samples examined by the WHO?

Diethylene glycol and ethylene glycol are harmful to humans when eaten and can be lethal, according to the WHO. According to the agency’s advisory, the two compounds can cause acute renal damage, which can be fatal, as well as discomfort, vomiting, diarrhea, the inability to pass urine, headaches, a changed mental status, and other hazardous symptoms.

Ethylene glycol and diethylene glycol are both forbidden adulterants when used as solvents in liquid pharmaceuticals. According to the National Center for Biotechnology Information in the United States, common solvents like propylene glycol and glycerine (also known as glycerol) are used in cough syrups and cough drops to give non-water-soluble medications like paracetamol or acetaminophen a liquid basis. These solvents also function as antimicrobials, thickeners, sweeteners, and preservatives (NCBI). 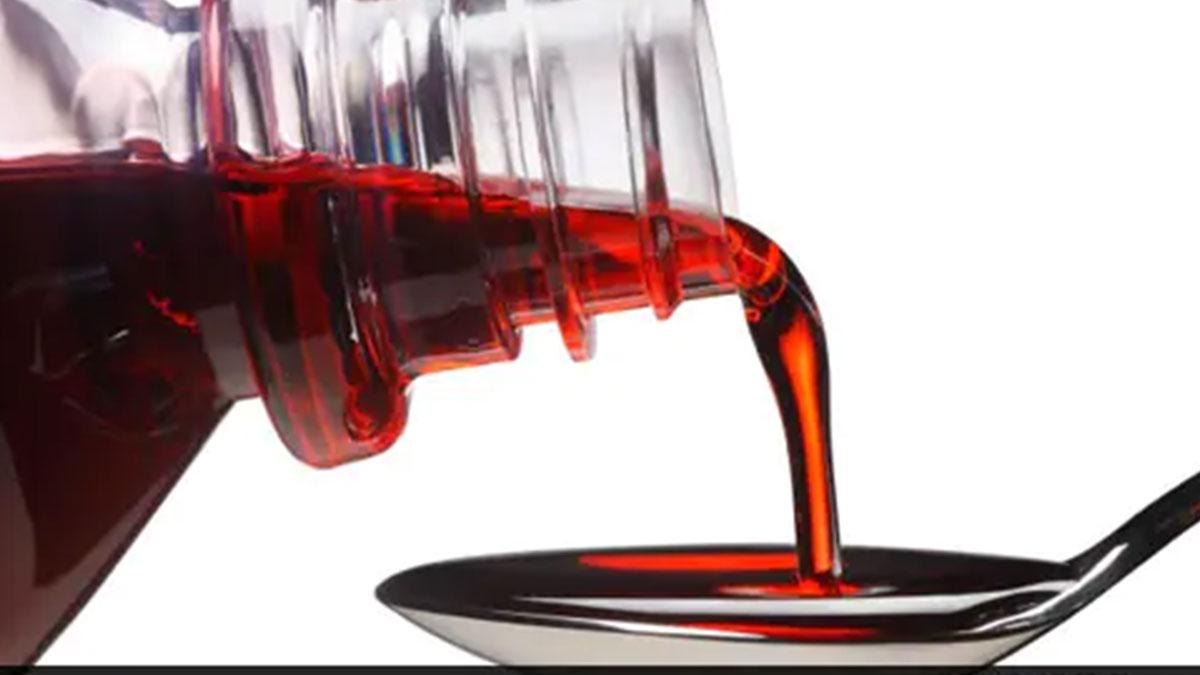 However, deaths and environmental events linked to diethylene glycol are not new. These occurrences have previously been reported in Nigeria, Bangladesh, the US, India, and Panama. In 2007, the US Food and Drug Administration (FDA) issued a warning to pharmacy compounders, repackers, and suppliers that glycerin(e) contaminated with diethylene glycol (DEG) might be “poisonous” and represent a risk to the public’s health. The FDA issued a notice in response to reports of fatal DEG poisoning in which victims drank medication syrups such cough syrup or acetaminophen syrup.

Twelve kids passed away in the Udhampur region of Jammu last year as a result of a Himachal Pradesh-based company’s tainted ColdBest-PC cough medication. The presence of significant concentrations of diethylene glycol in the cough syrup was also connected to these fatalities. Later, the state’s government mandated that the medicine be removed from sale in all other states.

This was India’s fourth occurrence of widespread glycol poisoning. A similar tragedy that happened in 1973 at Chennai’s Children’s Hospital, Egmore, resulted in the deaths of 14 kids. At Mumbai’s J.J. Hospital, a similar poisoning in 1986 resulted in the deaths of 14 previously healthy patients. Due to identical poisoning, 33 kids passed away in two New Delhi hospitals in 1998.

In collaboration with Indian authorities, the WHO has launched a more thorough investigation. Together with the State Drugs Controller of Haryana, the state where the producer Maiden Pharmaceuticals is headquartered, India’s Central Drugs Standard Control Organization (CDSCO) has begun a thorough inquiry to uncover the facts and specifics of the case.

The preliminary investigation revealed that Maiden Pharmaceutical Limited has both a production permit and a license from the State Drug Controller for the items in question. These four cough syrups are the only ones that the firm has so far exported to the Gambia. None of the four cough syrups listed in the WHO, according to the All India Organisation of Chemists and Distributors, notice were available for purchase in India (AIOCD). The group claims that Maiden Pharmaceutical Limited only exports its medications and has no presence in the domestic Indian market.

To pinpoint the “source of the manufacture of the products,” Indian authorities are currently waiting for the WHO to provide the precise “one-to-one causal relation of mortality” with the four medications and the specifics of product labeling. According to the CDSCO, it is customary for the importing nation to examine the items’ quality before approving their use. The development of “a quality control national laboratory for medications and food safety” has been ordered by Gambian President Mr. Barrow, who has pledged to strengthen health and safety measures, including greater quality control over imported medicines.

See also  From idea to icon: what we can learn about innovation and marketing from these 101 stories
Tags
Business ECONOMY Gambian india maiden pharma money News

Once-in-a-century embarrassment to GOP in US House: Why there is disunity among Republicans, and what happens next?