Young professionals eager for excitement and employment overseas are faced with a conundrum as COVID lockdowns, political unrest, and rising expenses push expats from Hong Kong while competitor Singapore raises the bar for imported labor. Which cities will be the future’s cosmopolitan hotspots, luring a thriving multinational community with lucrative professions and reasonably priced luxurious lifestyles?

While Curacao and Cape Verde have introduced digital nomad visas for web-based nomads, creating and maintaining a sizable, international talent pool requires more than just a beach and a wi-fi connection. In a world that has been altered by illness, invasion, and inflation, several cities are upending the status quo by enticing businesses and start-ups to enhance their reputations as global cities. From the beaches of Rio de Janeiro to Bangalore’s innovation center, six professionals who are following an unconventional route are interviewed. 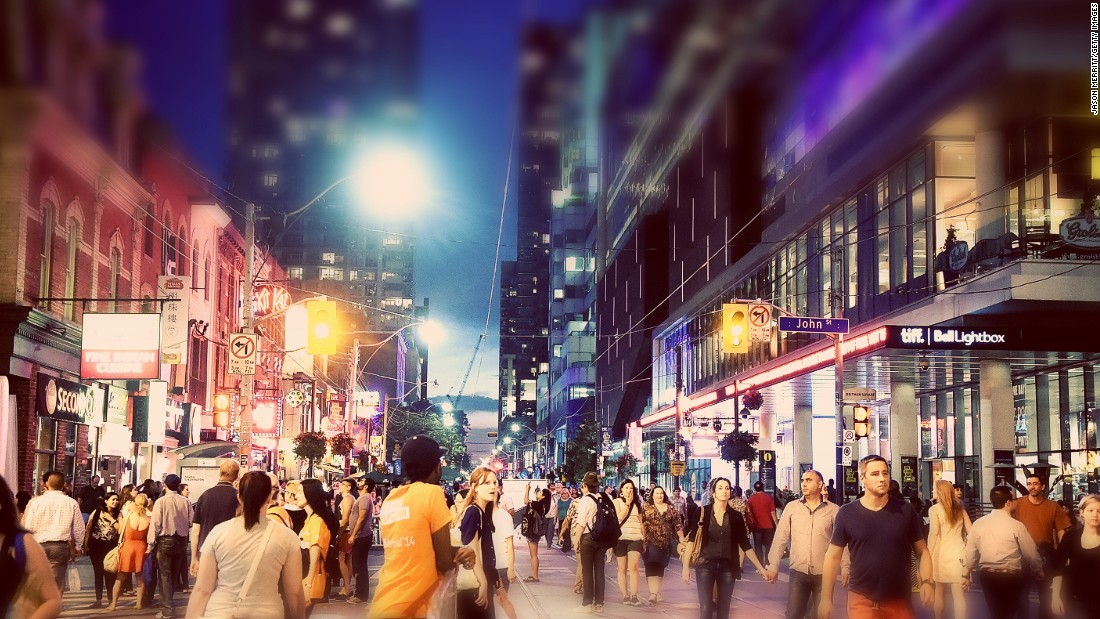 Due to its huge English-speaking workforce, convenient aircraft connections around the region, and relative affordability, the Malaysian capital is drawing more attention from international firms than its neighboring Singapore, which has long been the preferred location for ex-pat employees. In a global study of 12,000 ex-pats conducted in 2021 by Intonations, the city came out on top for housing.

Caroline Pujo, who relocated to Kuala Lumpur with her husband and 10-year-old son in January after 15 years in Shanghai, described it as “a country at the crossroads of so many civilizations: Southeast Asian, Chinese, Middle-Eastern, and Indian.” Even though there is a lot of cultural and linguistic diversity, there is overall peace.

She works as an event consultant, building connections with customers in nations like China, India, and Australia while paying roughly 3,000 ringgit ($682) a month in rent. She has also secured a contract position as a project manager for a large company. Pujo, 47, said, “Everything moves so quickly in Shanghai. I used to work hard and party hard. But once I left, I understood that it was similar to constantly doing narcotics. Things are a little bit more balanced for me now.

She said if you’re used to a city with highly developed infrastructure, some things, like sporadic internet connections, might be annoying, but the tropical nation’s resort islands and culture more than make up for the inconvenience. Life is about exploring the islands, swimming in pools, and flying across the area. 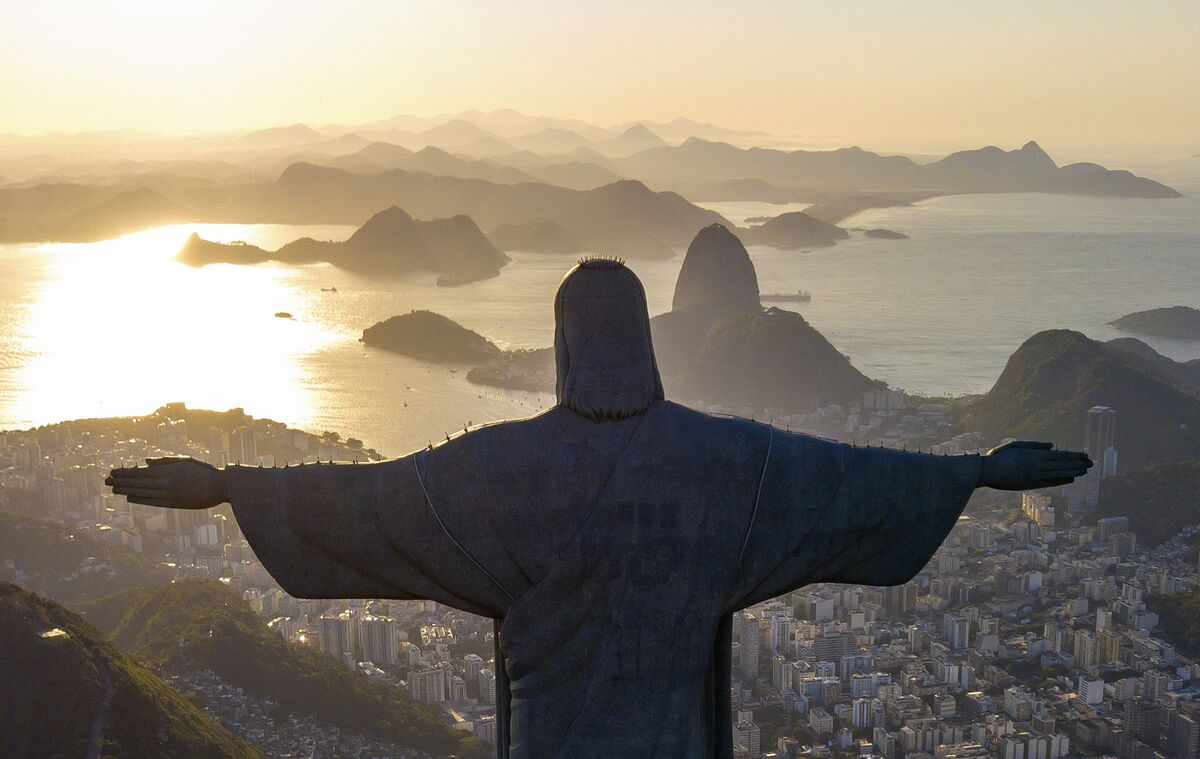 Lisbon, one of the oldest towns in Europe, has reimagined itself as a hipster destination, holding occasions like the annual Web Summit and providing a combination of culture, nightlife, and pleasant weather within easy reach of some of Europe’s most breathtaking beaches.

Lisbon is experiencing a boom that has seen property prices steadily rise as an influx of wealthy immigrants buy homes in the nation’s capital or along the famed Algarve coast, according to the ex-pat website Dispatches, which called Lisbon “arguably the most popular ex-pat destination in Europe at the moment.” Last August, Allison Baxley and her family decided to “escape the rat race” by moving from their 800-square-foot brownstone in Brooklyn, which they were paying $4,300 a month for, to a three-bedroom home with a pool near the Portuguese coast. She claims that Cascais, a posh coastal resort located near the Portuguese capital, is “a wonderful landing site for foreigners” with a diverse population and top-notch educational facilities.

According to 39-year-old Baxley, “New York was so chaotic in the pandemic: the politics and crime rates were growing throughout the country.” “I was concerned about the type of upbringing I was providing for my children as they began attending public school.” Her goal as a freelance writer is to acquire real estate around Portugal and rent it out.

“We are leased forever in New York. We were never able to purchase it, she remarked. “Prices are rising here in Portugal, but they’re not sky-high as in New York,” Her family appreciates the lifestyle in Cascais, where they can travel into central Lisbon in about a half-hour to visit friends, handle business, and visit restaurants and museums a few times per month. She has also started blogging under the name Renovating Life about their life in Cascais.

We adore living here, she remarked. You work so very hard every week in New York. By the weekend, you are worn out. Every day is enjoyable for me here.

For more than a decade, the desert state has been competing with Hong Kong and Singapore for the business of expatriates, and the epidemic and the war in Europe have only increased interest in the Emirate. Dubai has spent billions building a futuristic metropolis, with the Burj Khalifa’s angular tower dominating a collection of cutting-edge structures.

A partner of a London-based fund, Bernd Hanke, relocated to this city during the pandemic to avoid lockdowns and COVID measures in Stuttgart, where he had been living for nine months. Hanke joined a growing number of financial professionals moving to a city that is strengthening its financial and cryptocurrency markets. Even though summertime temperatures outside the air-conditioned residences and retail malls may reach 45 Celsius (113 Fahrenheit), Hanke likes waking up to the vista of the beautiful green golf course from his Emirates Hills residence as well as the warmer weather. He can easily communicate with the UK-based investors in his $400 million equity fund because of its proximity to the European time zone.

Hanke, a 48-year-old whose family lives in London, said of Dubai, “Dubai handled the epidemic well and there was hardly any lockdown.” He is currently debating whether to make the move more permanent by purchasing real estate in Dubai.

Bengaluru, or Bangalore as many residents and ex-pats still refer to it, has developed into one of the world’s fastest-growing IT centers, housing hundreds of startups and software businesses, and is supported by funding from major international investors like Sequoia Capital and Goldman Sachs.

According to one prediction, the southern Indian metropolis would get more venture money by 2020 than London or San Francisco combined, growing from $1.3 billion in 2016. International schools, pubs, and bistros that sell anything from craft beer to pork ribs have all emerged along with an expanding ex-pat population.

According to Joseph Kim, 49, who left the San Francisco Bay Area last year to open a gaming company in Bangalore, India, innovation hubs are sprouting up all over the world. He claims that a “mass exodus” from the US technology heartland, where he spent most of his career, is being caused by a mix of factors, including “people are becoming disgusted by Silicon Valley, its politics, crime, and the abysmal quality of education.”

In 2020, Kim and two other co-founders launched Lila Games Pvt. in the bustling Indiranagar district of east Bengaluru with funding from Sequoia after visiting a gaming conference in India. Before deciding on Bangalore, Kim, an engineering graduate of UC Berkeley with an MBA from UCLA Anderson, claimed that his team had looked at Finland, Latin America, and Canada. People in this place are eager to learn.

Although Bengaluru, like other cities on the subcontinent, might be difficult for people accustomed to Western cities, Kim’s wife and children still reside in Santa Clara, where he sees them once every three months. The roads and buildings of Bangalore, among other things, “seem incomplete, and everyone appears in a rush to go to the next thing,” he observed. However, I feel as though I’m working on something worthwhile for the first time in a long time. Mexico City, the oldest city in the Americas and home to roughly 22 million people, may not seem like an obvious choice for an ex-pat refuge, but the region’s startup and entrepreneur hub is quickly gaining recognition. In Intonations’ 2022 Expat Insider rating of the finest places to live, Mexico came out on top globally, and its high-altitude city is home to ex-pats from all over the world.

The capital’s restaurant scene is one of the most active in the Americas, blending seven centuries of history with some of the region’s most progressive legislation (the city was the first in Latin America to approve same-sex weddings).

In July, Brian Requarth, CEO of startup-building platform Latitud, relocated his family to the affluent Polanco district of Mexico City. He described it as “kind of the Beverly Hills of Mexico City.” Although stylish, it is incredibly safe. The family experienced a major cultural shock due to the sheer enormity of the city because they are from a little village in Sonoma County, which is located north of San Francisco.

My children attend a public school in the little Californian town where I live. It’s little, “he declared. He claimed it was a little startling when they went to their new school in Mexico City. It’s enormous, 20 times larger than the school kids attend at the moment, plus there’s a Starbucks there! It has the atmosphere of a college campus rather than a small local school.

Requarth, 41, observes a surge in interest in the Latin American technology market, with startups springing up everywhere, especially in Mexico City, which gains from its proximity to the US technology market. Requarth claimed that Latin America now has an “amazing level of skill and ambition that didn’t exist before.” “More individuals are considering using technology to solve larger challenges. I’ll work hard here. The historic capital of the Portuguese empire, which was steeped in luxury for most of the 20th century, features an iconic background of forested mountains encircling one of the most magnificent natural harbors in the whole world.

Despite the city’s downturn in the 1990s, when it was eclipsed by Sao Paulo’s financial center, foreigners continued to be drawn to Rio for its laid-back atmosphere and world-famous beaches while relocating to South America’s largest economy.

According to Marie Alasseur, 31, who oversees B2B operations at Brazilian real estate site Loft, “I’m shocked at how many foreigners I find working here.” The 31-year-old Parisian claims that since completing a month-long language program in Salvador in 2009, she has felt “a pull to Brazil.” Amateur and her Brazilian partner were considering going to Spain or Portugal after working with Uber in Sao Paulo, Mexico, and London. However, they chose to try Rio in the early months of 2020, right before the epidemic spread around the world.

Alasseur obtained a position at Loft through a former Uber coworker, and she divides her time between her house, the business’s office, and the Panama ex-pat hotspot Aussie Coffee, which offers flat whites and handmade banana bread. True to Rio’s laid-back personality, she occasionally attends pottery workshops in addition to spending some of her mornings practicing meditation or strolling along the beach. 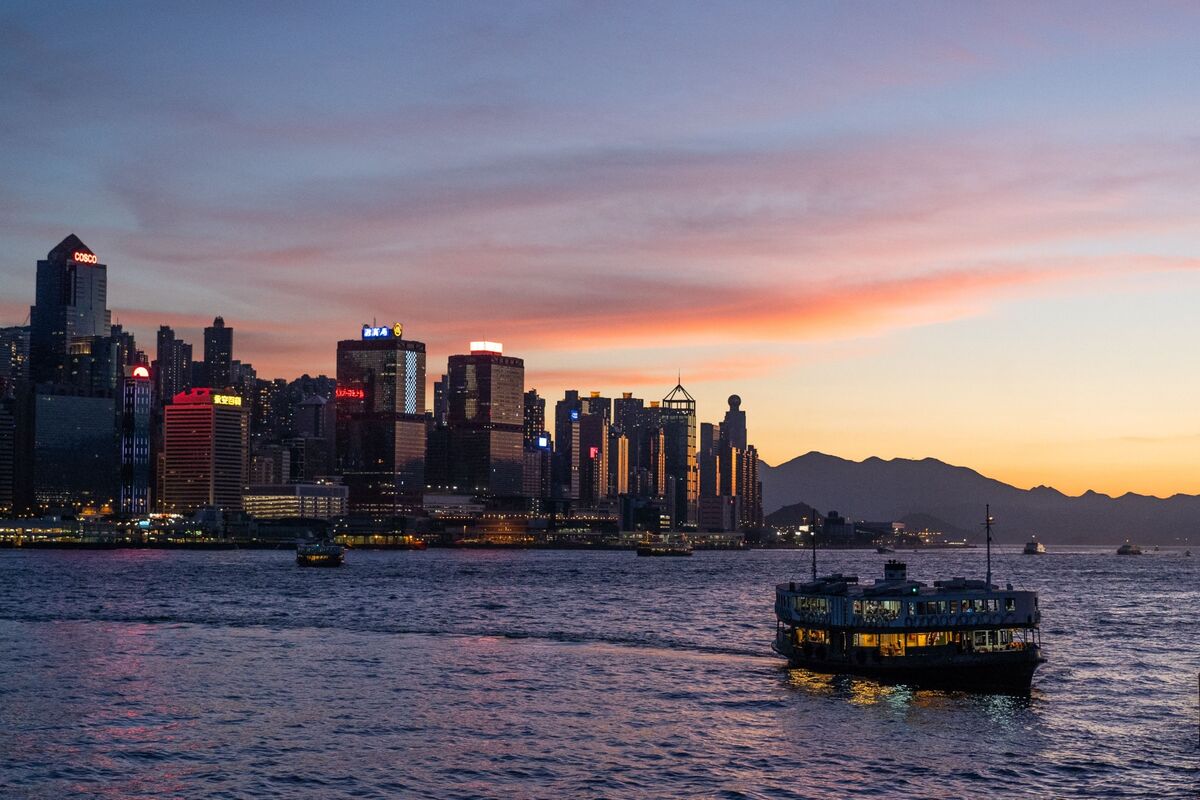 She said there is no cap on how much work you can get done with a startup. “I appreciate my current sense of equilibrium. Last year, I learned how to calm down and appreciate what I had.

The youthful working class is looking for these places that may meet their needs for well-paying employment and reasonably priced luxurious lives. Six cities—Bengaluru, Kuala Lumpur, Lisbon, Dubai, Mexico City, and Rio de Janeiro—are reportedly changing the canon and are at the forefront of the list of new hotspots for expats worldwide. This comes as the world has undergone a massive transformation as a result of a pandemic, a lockdown for nearly two years, an invasion, and impending inflation.

Is registering in form of a private company better than L.L.P. and O.P.C. for startups

The UK, Gulf countries, and Egypt are among 7 locations on the IIT expansion list.