2020 is the worst year India has ever come across. From the wake of a pandemic to severe captivity of lockdown, from Delhi riots to farmers protest, from cyclones to wildfire, India has seen a mixture of all-natural, human-made disasters and faced many adversities. Today, as the year comes to an end, we take a look back at the events that are still too real to believe and still traumatizing.

Jan 30 marked the first confirmed case of coronavirus in India. Through religious gathering and wedding ceremonies, the transmission has been widespread even before the government could take any action. Currently, India holds the highest number of confirmed cases in Asia and the second highest after America with 10.2 Million cases. The recovery rate of India is really high, with 9.84 Million already head back home. The number of deaths counts to 1.4 lakh. With only 2 lakh active cases, India’s fatality rate dips to 1.45%. 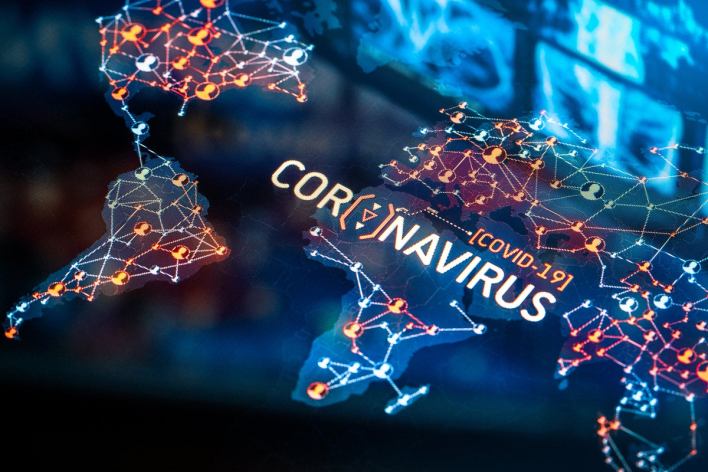 With more coronavirus cases getting confirmed in India, on March 22, with the insistence of prime minister Narendra Modi, India observed a 14-hour public voluntary curfew. As the testing increased, a greater number of cases were being to show up. Narendra Modi announced a 21-day lockdown from March 24 paralyzing the entire 1.3 billion population of India. This lockdown was extended further extended to May 3 and again till May 17. From June, India officially began unlocking, as the country’s economy was at high risk, but lockdown still remains on hotspots.

With the World health organization declaring the COVID-19 outbreak as a pandemic, the global stock market hit its rock bottom. March 9, saw a bloodbath on Dalal Street. Sensex ended at 32,778.14 points which lost 2,919.26 points (-8.18%). while Nifty saw a contraction of 8.3 percent to close at 9,590.15 points. this the lowest India has recorded in 24 months. Investors’ wealth, who’s worth 11.27 lakh crore, has been wiped out at the time of closing bell within that same day. 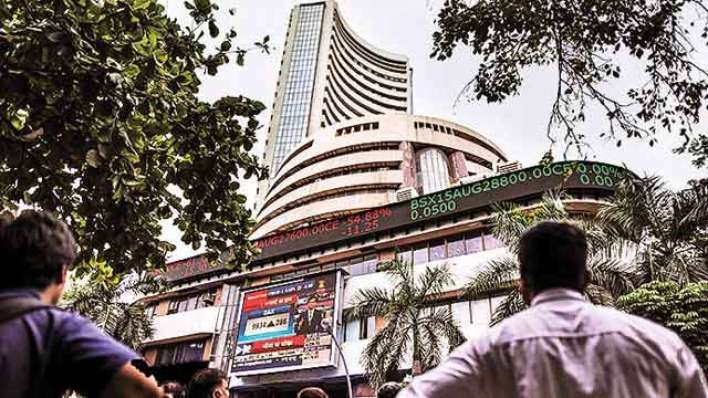 Due to global warming, climatic conditions have worsened. The Bay of Bengal is the center of the tropical cyclone formation area as well as the most densely populated place. Cyclone Amphan, which formed on 16 May and dissipated on 21, took 50 plus lives and has left 4.9 million displaced. Cyclone Amphan moves itself to be placed as the fourth most expensive natural disaster in the world causing 13 billion dollars. West Bengal and Bangladesh shared equal impact. Heavy downpour, accompanied by howling winds, pulling trees off its roots, crashing houses, ending with a mass ocean of water on land, cyclone Amphan left its mark on this land.

Reportedly at 3 am on 7th May 2020, gas has was leaked from LG polymers chemical plant in Vishakhapatnam in the state of Andhra Pradesh. This industrial incident has taken place in the wake of lockdown on restrictions beginning ease on May 7. The mass cluster of dense clouds was seen to spread around 3Km affecting the nearby village. People were reported to have difficulty breathing and some were lying conscious, unable to bear the gas. The gas leak occurred because of improper storage, insufficient maintenance and operational glitch with 11 dead and affecting 1000 villagers. 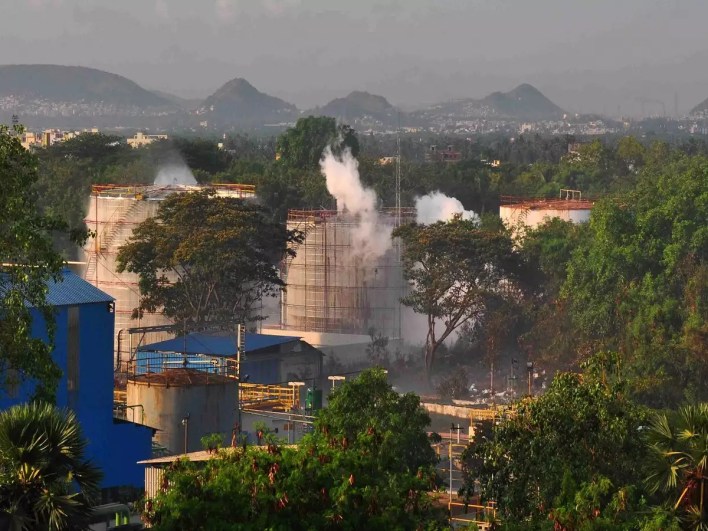 Large swarms of locusts began their attack on Africa and then have crossed Pakistan to land on India. Locust swarms are usually seen post-monsoon period and it gets confined to the area of west Rajasthan. Locust needs desert or semi-arid regions to lay eggs and breed but they move in search of vegetation as the immature hoppers need to get enough food for their development. Climate change which resulted in pre-monsoon cyclones and heavy rainfall has attracted the locust swarms in India as early as April. This time, the locust’s swarms affected Rajasthan, Gujarat, Madhya Pradesh and have spread as far as Jaipur and Nagpur. 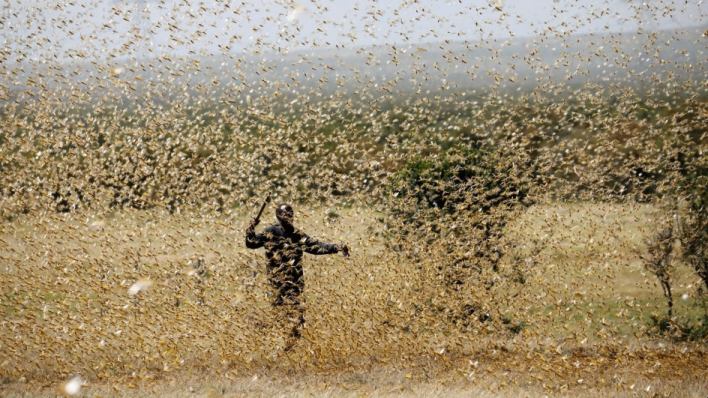 The Ladakh stand-off between India and China at the border gates began when the Chinese army forcefully entered the Indian side and halted their activities. Since then, the LAC borderline has been filled with constant tension and flare-ups. Following this, with the support of Indian media, calls to boycott china have been raised. With the whole of India under lockdown, Tik Tok has become a major source of distraction among young adults. Following the security violation of the Chinese government over their apps, India banned 49 Apps from the play store. The border adrift continues till date. 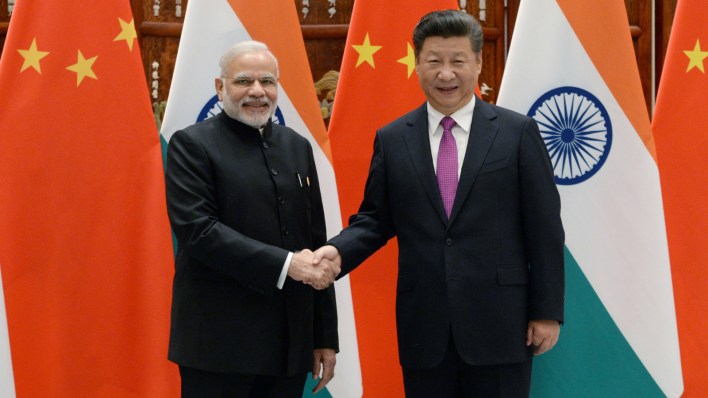 Protesting the Indian citizenship amendment act, 2019, Muslim citizens were raising voices for their rights. But on Feb 23, a clash between Hindus and Muslims resulted in the emergence of a riot in northwest Delhi. 36 Muslims and 15 Hindus were massacred between this clash. The attack and clash were very brutal, with sweeps of bloodshed, a wave of violence, and destruction of property. The riot ended on Feb 29, but the terror it left is seen still agonizing the survivor’s eyes. Many Muslims evacuated the place with a heavy heart that the Indian government failed to protect them. 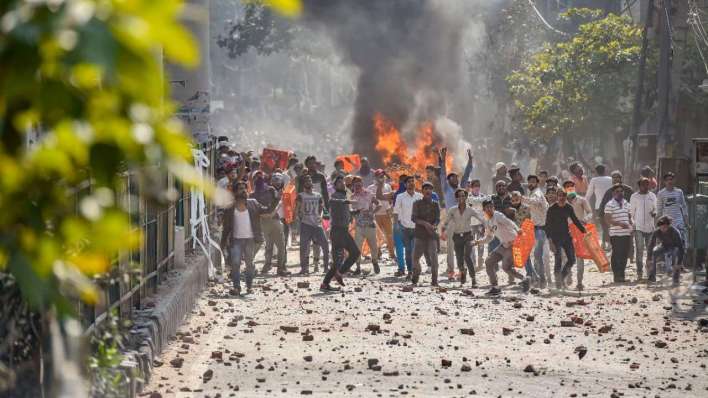 Within a span of 24 hours, India witnessed a loss of two Bollywood gem back-to-back. Life of Pi actor Irfan khan was battling cancer when he was admitted to hospital for colon infection. On April 29, the man who made himself a name within Hollywood passed away. Even before the shock of his death can sink in us, another traumatizing news came. The next morning, the Bollywood giant rishi Kapoor had gone for eternal sleep. Rishi Kapoor was battling leukaemia for 2 years and in the long run, he faced it like a soldier, bracing himself with laughter and contentment. Indian cinema weeps the loss of two great legends.

See also  After religious violence in Jahangirpuri, Delhi is in Shock and anger, in 2022 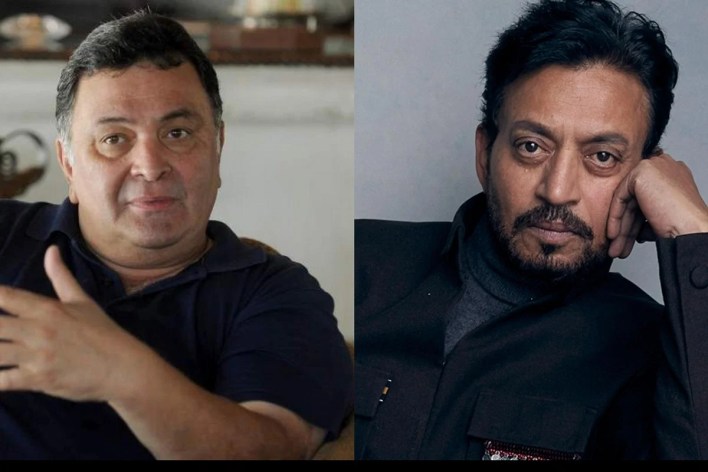 10 days after the cyclone Amphan devastated the coasts of west Bengal and Odisha, another extreme weather event shook the nation. Due to the rise in global temperature, the Uttarakhand forest has been on fire since 24th May. Burning away 71 hectares of forest cover, Uttarakhand forest fire ranged in 21 places with 46 wildfires. Whether it was the heavy rainfall due to cyclone Amphan or the wild forest fire of Uttarakhand, this natural disaster was so intense, that was raising the alarm of the impact of climate change. 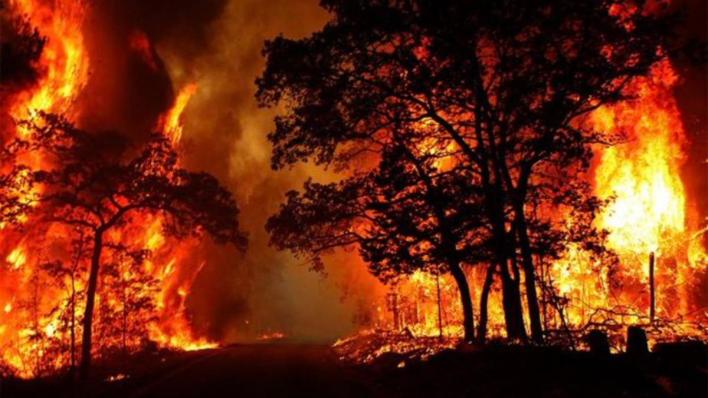 After the three farm laws were passed by Lok Sabha and Rajya Sabha, the farmers especially from Punjab, Haryana, and Rajasthan started a movement called Delhi Chalo, which United thousands of farmers on the way to Haryana. The protest which began on 9th August has still been going on. The farmers are raising voices against the law and named these laws as anti-farmers’ law. The government of India has been refusing their appeal and have made efforts to stop them at the borders. But all the farmers have made home and sat on the ground peacefully protesting and wishing they will get their justice.

If there is any event that drew the attention of the whole of India will be the death of Sushant Singh Rajput. He was found hanging in his apartment in Mumbai on Jun 14. Following this, many in-depth news and rumours were continuously spreading. One thing that this incident brought was the importance of mental health. The doctor’s ruled out the actors dead as caused by asphyxia due to hanging. But to date, further investigation is been taking place on the death of the actor. 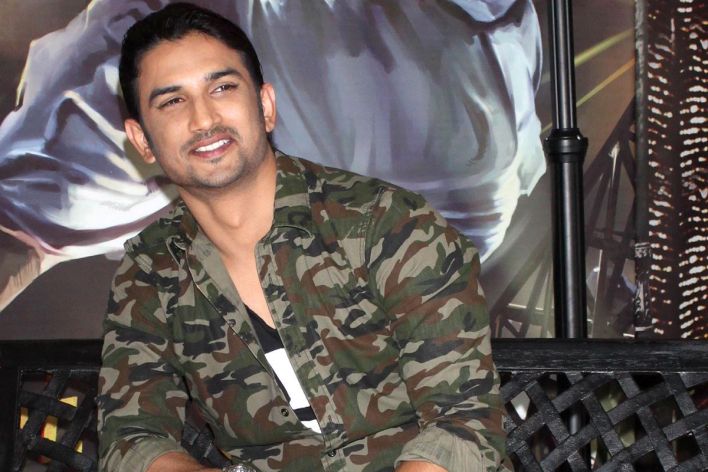 Following the investigation of Sushant Singh Rajput’s death, the possibility of drug circulation among the Bollywood has been raised. From Rhea Chakraborty to Karan Johar, many actors and actresses have been called by NCB to investigate the matter further. Recently, Bharathi and her husband were arrested when officials found drugs at their home and office. Drugs in Bollywood has been really a piece of shocking news that has led to the prevalence of rumours and hurt the cinematic image. 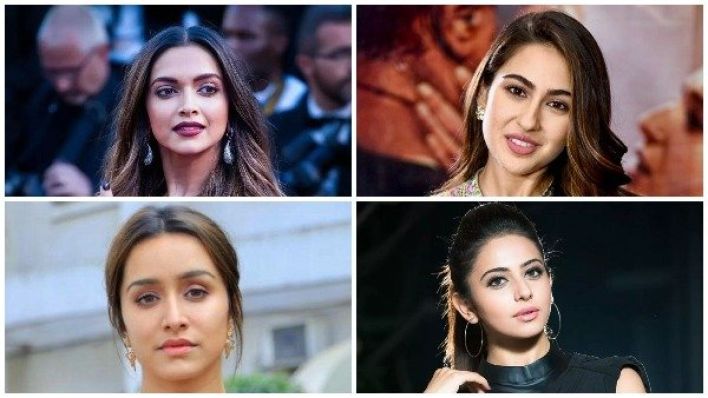 Late September is the time for floods in Hyderabad. This year, it was October. Especially October 13-15 where heavy rain paralyzed the capital of Telangana. Sudden bursts of heavy rain, intense floods filled the place. Many said it was because of climate change that such adverse weather conditions are seen. While some alleged the government’s poor maintenance of infrastructure as the main cause. Hyderabad floods caused property damage of 6.7 billion dollars with thousands of house effects and 33 lives lost. 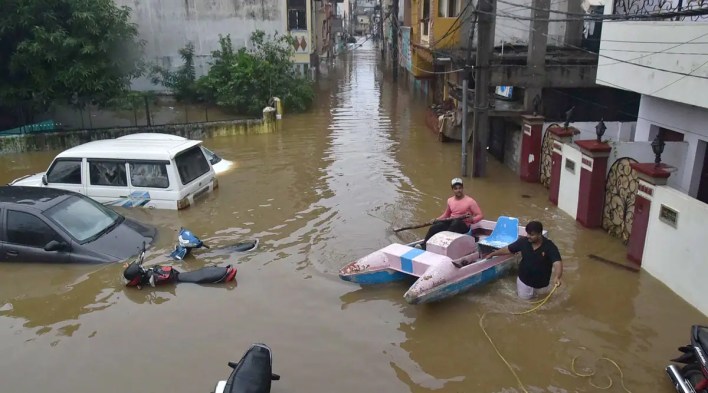 Kerala floods lasted from 7th August till 25th August. Heavy rainfall, landslides, holding back dam water were major causes of the flood. Kerala lost 140 lives and had to face 11.8 million dollars’ worth of property damage. 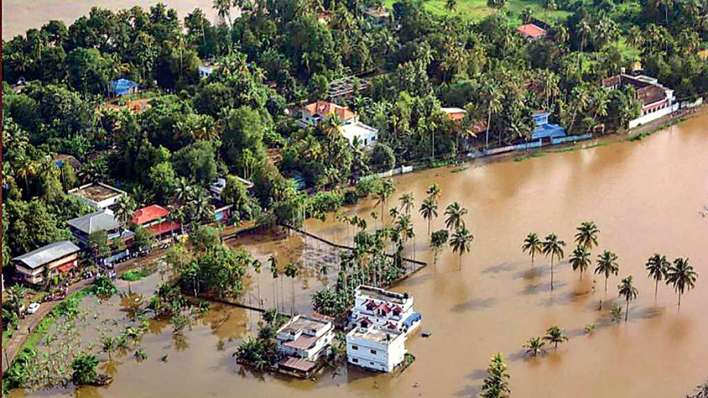 Illegally made toxic alcohol consumption resulted in the death of 134 people in Punjab during late July. Amritsar, Gurdaspur, Tarn Taran underwent raids following this incident. 6 officials, few policemen were suspended after linking their involvement in the case. Totally 54 people were arrest after the raids were closed. 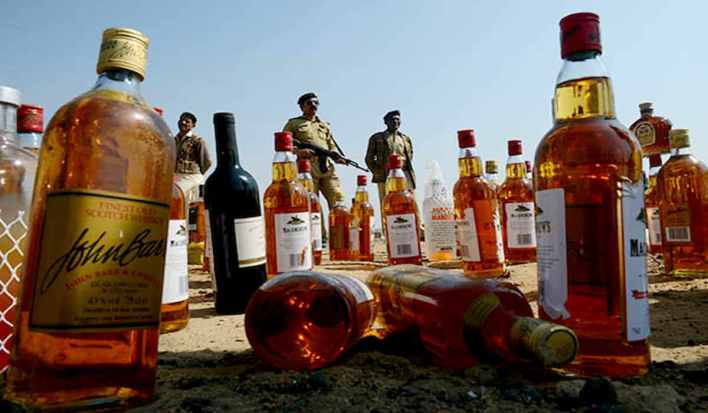 Due to the pandemic, India was under a strict lockdown for nearly 3 months. With no economic activity, India’s GDP contracted a severe 23.9 percent. This is the first time India has to face such a drop since 1980 readings began. Intense lockdown and economic inactivity during the match to may gap have resulted India into such a state that it forced India to unlock in spite of coronavirus transmission risk. 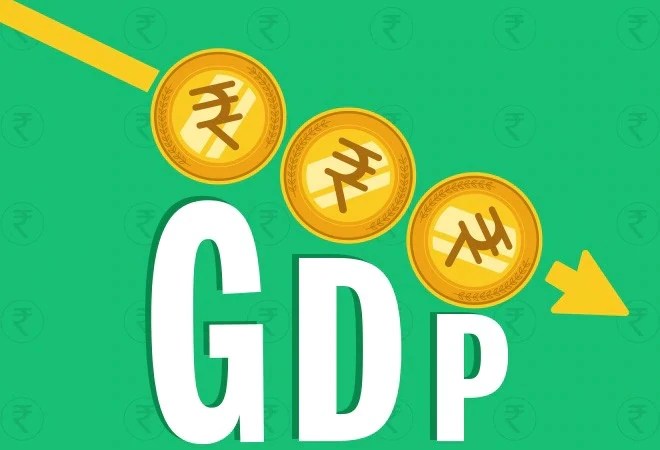 Late-night of September, the news that woke us was too shocking to bear. A nineteen-year-old who was gang-raped by four upper-class men and have struggled for life for two weeks was treated worse than an animal. The Hathras police have forcefully cremated the body of the nineteen-year-old victim as if the child’s life and death meant nothing more than a case to them. This caused global outrage and inhumane nature that still lingers around society. The parents informed that they haven’t given their consent for such a thing to occur and Hathras police have forcefully done it. No proper goodbye, no good funeral. Just like that, cremated in the middle of the night. 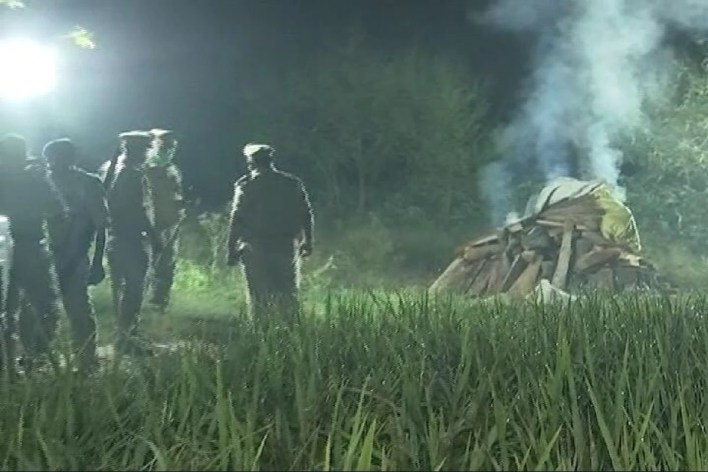 In response to ‘Howdy Modi’ in 2019, this year, President Trump and his family’s arrival organized an event called ‘Namaste Trump’ to welcome them. The government of India organized this event that was held in Sardar Patel Stadium Ahmedabad. It was two days stay. This event coincides with the Delhi riot days. This event showcased the friendship between President Donald Trump and Prime Minister Narendra Modi and the strength of their alliance. Kerala was facing heavy downpour on August 7, when the air India express flight 1344 skidded off and had to roll over. This flight was a part of Vande Bharat’s mission to retrieve Indians stuck in other countries amidst the coronavirus pandemic. Due to bad weather, the flight has to miss two landing attempts and the third going terribly wrong. This event look lives of 19 people, with 2 pilots and 17 passengers. 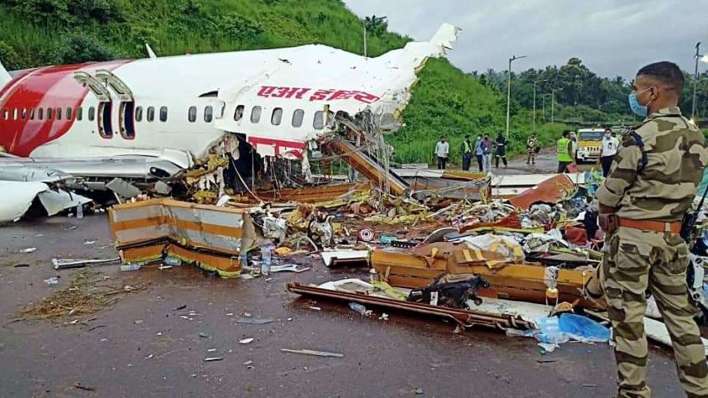 Revisiting these events of 2020 and what India has faced this year, is really unbelievable. As 2021, marks the beginning of a new decade, we can only wish for good things to come.