Large-scale tech layoffs have been in the news for the past several days. The tech sector has been experiencing severe economic and financial downturns since the start of 2022. The biggest tech layoffs in 2022 have taken place at well-known firms like Twitter, Meta, and Alphabet! However, the overall number of layoffs in the computer industry is still very low; in fact, economists and business experts claim that recent layoffs do not represent trends in the larger workforce.

Nevertheless, since layoffs are occurring at well-known corporations that have received substantial media coverage, the industry has been discussing them in great detail. Amazon made one of the most noticeable layoffs. The largest reductions in employment numbers were brought about by the Amazon layoffs, which were preceded by those of other internet behemoths due to uncertain economic conditions, subpar advertising results, and a lacklustre prognosis for 2023. Amazon just made the decision to let 10,000 employees go. More than 45,000 major tech personnel will be let go by the e-commerce tech giant. According to reports, the Amazon layoffs in 2022 will be the largest loss in the company’s workforce since its founding, or close to 3% of its corporate workers.

The entire company is making job layoffs, including other non-tech sectors like human resources and retail. The initial strategy was to postpone recruiting until the economy rebounded for a few months. However, news of Amazon’s declining stock price made it clear that the corporation needed to make significant changes to the dynamics of its workspace, beginning with job cuts.

It appears that Amazon is preparing to fire up to 20,000 workers, which is twice as many as had previously been estimated. Workers from distribution centres, IT professionals, and corporate executives will all be let go by Amazon across a number of areas. According to those who know the situation, the layoffs will occur in the upcoming months.

This is not shocking given that Amazon’s CEO, Andy Jassy, recently acknowledged that the company is getting ready to lay off workers in a number of departments. However, he remained mum on how many workers might be affected. In November, the New York Times was informed by a few unnamed corporate sources that the business intended to fire 10,000 workers.

According to a recent source, this number has now climbed, and Amazon wants to terminate employees at all levels, including those in the most senior positions. According to the quoted source, the firm managers have apparently been instructed to evaluate employees’ work performance so that Amazon can begin the process of laying off roughly 20,000 people.

The e-commerce behemoth would lay off 6% of its corporate staff and roughly 1.3% of its 1.5 million employees, including hourly and worldwide distribution centre labour.

According to the claimed source, corporate personnel has already been informed that the affected employees would receive a 24-hour notice along with severance money. One individual who was apprised of the layoff news told Computer World that there is a sense of anxiety among firm employees as a result of the announcement. 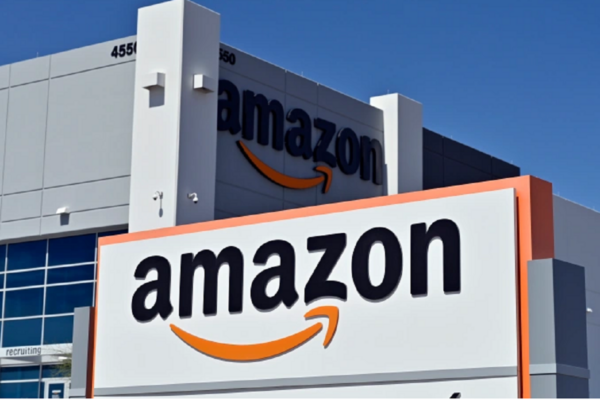 “At this company, layoffs are taking place across the panel; no specific segment or sector is being singled out. According to information provided to us, this is due to overhiring during the epidemic and the need for cost-cutting because the business’s finances have been trending downward.

The CEO of Amazon recently stated that the layoff process would last for a few months and that the affected employees would be informed once the business had completed its assessment. Consequently, the number of reductions may have increased as it carefully examines all the departments throughout the regions to reduce costs as

Our annual planning procedure will proceed through this year, and even as our managers keep making changes, additional roles will be reduced. The businesses and workers who would be affected by such judgments would be informed of them soon, in 2023.

While we are aware that there must be reductions in our Retail and PXT companies, we are not yet certain of the exact number of additional positions that would be impacted. Nevertheless, each manager will inform their respective teams as quickly as we are aware of the details. And, as has been the case this week, we’ll give direct communication with those affected employees priority over internal or external announcements to the general public, said Andy. According to news sources, Amazon fired staff and is now hurriedly implementing robotics and artificial intelligence technologies. All we can tell at the moment is that these shocking mass layoffs at major IT businesses will continue. Employees are leaving large tech and entering other industries like Web3 as a result of these businesses’ current hiring freeze. Tech companies, on the other hand, are greatly benefiting from these layoffs as they draw in the talented talent pool that is looking for work.