The forced virtual format turns the party’s conclave into a television artefact as effective as it is lacking in spontaneity, which seeks to expand Joe Biden’s pull to the right and left.
Politics was hardly talked about, more was talked about people, the character of the Democratic candidate, Joe Biden, and the inability of his rival, President Trump, to face the challenges that the United States faces. “Trump is the wrong president for our country,” summed up Michelle Obama, the last Democratic first lady, at the end of the night.

The first of four chapters of this Democratic Convention, held virtually for the first time in its nearly 200-year history, was strange in form. A serene succession of video clips, small informational pieces, brief interventions by voters and speeches by party figures delivered from their homes or other locations throughout the country, with actress Eva Longoria, alone on a set, as the master of ceremonies. It was the most unconventional convention in history.

A show devoid of any spontaneity, but not emotion. At times intimate, at times purely advertising and very different from the rest of the conventions, the show was better digested due to the fact that these screens with floor plans, with no more life than that of the interlocutor, are the way in which it has been communicating since months ago a good part of the spectators.

Word of the day: empathy. That has been the great virtue of the Democratic candidate highlighted by his party colleagues, who confirmed the usher of the train that took him from Delaware to Washington in his years as a senator, and which Biden himself showed, speaking with relatives of victims of police violence.

And the message of the night was that in the candidacy of Biden and Harris fit all. The two-hour television program covered the entire ideological spectrum, from the socialist Bernie Sanders to a number of Republican officials and voters, fed up with Trump, who say they will vote for Biden. “In normal times this probably never would have happened, but these are not normal times,” said former Republican Ohio Gov. John Kasich. “Many [Republicans] fear he will take a sharp left turn and leave them behind. I don’t think so, nobody manipulates Joe”. 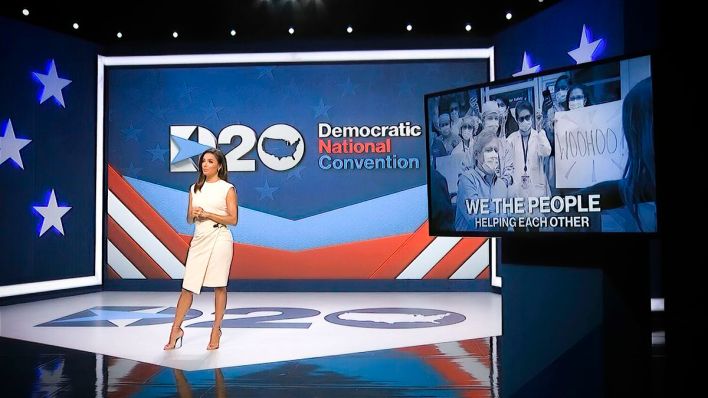 All united in highlighting the good heart of Biden and the danger that the 45th president of the United States embodies. “Nero played the violin while Rome burned. Trump plays golf”. Senator Bernie Sanders, Biden’s former primary rival, said in one of the most anticipated speeches of the night. Rarely has Sanders been seen so intensely calling for a vote for another politician. He has even said that he is willing to work against Trump even with the conservatives, in a nod to those Republicans whose presence at the convention had angered many of his supporters. “My friends, the price of failure is simply too great to imagine,” he concluded from a hotel in Vermont.

Lacking all spontaneity, carefully written and well-rehearsed speeches have been heard. The attempt to add mosaics to the end of some interventions such as Zoom, with followers in their homes applauding, did not make up for the lack of an audience that cheered them on and at times bordered on ridicule. Speeches were more effective when they tried to be more intimate than political, like Michelle Obama’s, speaking in a close-up, sitting on a sofa.

The former first lady has put into context the role that Trump has taken in the last three and a half years in the presidency, mainly, against her position in the face of the coronavirus pandemic and racial tensions. “Donald Trump is the wrong president for our country. You’ve had more than enough time to show you can get the job done, but it’s clearly over your head. Can’t face this moment. It just can’t be who we need it to be for us. It is what it is”, she said in his speech. 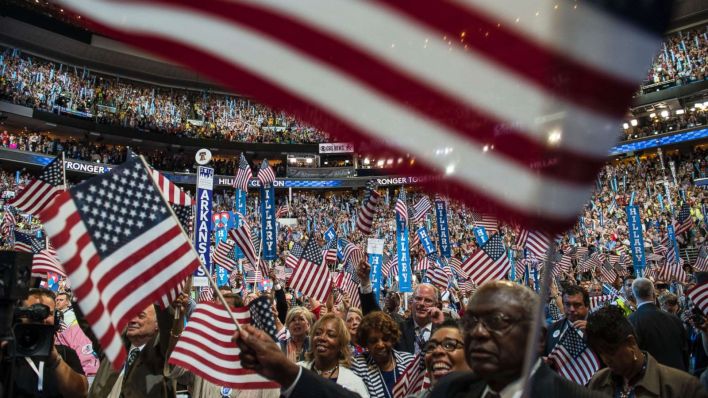 Obama added that Trump has only caused “chaos, division and lack of empathy” among Americans and recalled that in the 2016 elections, the Republican did not obtain the popular vote to be in the White House. The former first lady has asked for a vote for Biden with a call for empathy and evaluating from her perspective the characteristics that a president should have in the US “Being president does not change who you are, it reveals who you are,” he commented.

The message was recorded from her living room and the former first lady wore a necklace with letters that spelt the phrase “Vote.” She has been involved in promoting the vote and regularly posts messages on her social networks to encourage the mobilization of voters. “If you think things won’t get worse, trust me, they will if we do not do something in these elections. If we have any hope of ending this chaos, we have to vote for Joe Biden as if our lives depended on it”, he added. Obama has concluded that this is not the time to protest through abstentionism, nor to “play with candidates who have no chance of winning”, alluding to the candidacy of singer Kanye West.

TikTok’s U.S. business is said to have a new suitor: Oracle