China saw its highest weekly total of COVID-19 hospitalizations since the beginning of the pandemic in the week preceding January 15. On January 19 the World Health Organization (WHO) released its weekly report, which showed that there were 63,307 cases of the disease hospitalized in China, a 70% increase from the previous week.

This is the highest weekly number China has reported since the first cases of COVID-19 emerged more than three years ago. However, the WHO stated that it did not include the nearly 60,000 additional COVID-related hospital deaths reported by China last week because it was waiting for precise provincial statistics broken down by week of reporting.

Beijing’s strict three-year anti-virus system of regular testing, travel restrictions, and widespread lockdowns abruptly ended in the early days of December after widespread protests in late November. There has since been a rise in cases throughout the country’s population of 1,400,000,000. The World Health Organization (WHO) has repeatedly demanded that China provide more detailed information on the extent of the outbreak. This includes data on deaths, excess mortality, and genetic sequences.

WHO emergency director Mike Ryan has speculated that the actual number of Covid cases in China is much higher than what the government reports. Without prior notice, medical facilities rushed to secure beds and blood supplies, while pharmacies and government agencies rushed to stock up on medications and open emergency treatment centers. The zero Covid lockdown was lifted without warning. In 2023, experts predict that over a million Covids will perish in China.

China’s vaccination rate has increased dramatically in recent years. It was unclear if enough people could be immunized in the weeks to come to prevent the effects of an Omicron wave. Another sign of the rising death toll is the report from Beijing’s funeral directors that residents must pay exorbitant sums to guarantee timely services in order to avoid waiting days to cremate their relatives.

Due to the widespread illness caused by the Covid-19 virus in China and the resulting drug shortage, many people are resorting to more time-tested treatments, such as traditional Chinese medicine, to alleviate their symptoms. Since the beginning of the pandemic, President Xi Jinping has advocated for traditional Chinese medicine (TCM), which has been praised by health officials for its “important role” in combating the coronavirus.

Traditional Chinese Medicine (TCM) is an approach to health care that has been used for thousands of years to treat a wide variety of conditions through a combination of herbal medicine, massage therapy, acupuncture, and dietary changes. The lack of peer-reviewed data to support claims of efficacy has led critics to label it as pseudoscience and dismiss its usefulness in the treatment of real illnesses. 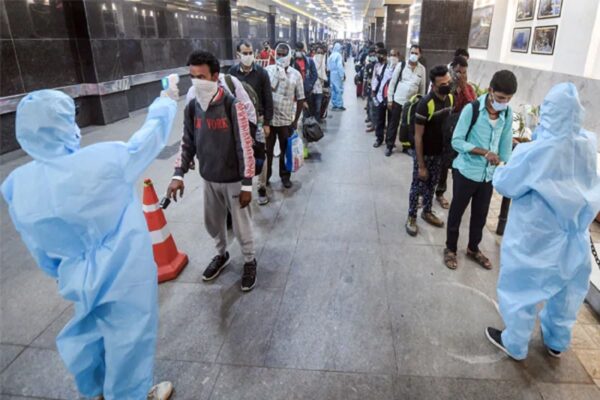 However, millions of Chinese people rely on it, often in combination with Western medicine. Yu Lei, a 38-year-old Beijing consultant who contracted Covid, developed a fever and decided to make a herbal tea with peony roots, licorice, jujubes, and ginger, all of which are thought to have anti-inflammatory effects. He told AFP that his fever had gone down after drinking the concoction because “Chinese medicines are commonly used in our family.”

In contrast to Western medicines, which “fight the symptoms but rarely the source of the illness,” Traditional Chinese Medicine (TCM) is said to have fewer adverse effects and to work more slowly to bring the body back into balance. Beijing has asked local officials to “actively and honestly spread the word about the role and effectiveness of TCM brews in treating Covid-19.”

On the other hand, Ben Cowling, who chairs the department of epidemiology at the School of Public Health at the University of Hong Kong, told AFP that “we don’t know if such remedies are beneficial or not as they have not been researched in clinical studies.” While I can’t say for sure that none of them are useful, I also can’t say that some of them aren’t potentially harmful.

Only chemical drug-based Covid treatments are recommended by the World Health Organization. In response to AFP’s inquiry about traditional Chinese medicine (TCM), the organization stated that it encouraged countries to “gather reliable evidence and data on traditional medicine practices and products.”

Traditional Chinese Medicine (TCM) advocates argue that using Western medicine in conjunction with TCM is the best way to treat Covid-19, despite the fact that Western medicine’s continued dominance in China’s healthcare system.

According to Liu Qingquan, director of the Beijing Traditional Chinese Medicine Hospital, they “accompany one another and can alleviate flu-like symptoms, creaky joints, tiredness, sinus infection, and sneezing, among other ailments.”

Since the beginning of the disease outbreak, specialists have gone on TV to appreciate TCM. One product, Lianhua Qingwen, in specific has been heavily promoted by the government.

The fact that it has been shown in some research to reduce symptoms hasn’t stopped believers from touting its benefits. During last year’s Covid wave that hit Hong Kong, capsules containing the medicine were distributed to every resident.

Although some online reviewers in China say that Lianhua Qingwen isn’t any better than peaches in syrup, which is a common Chinese remedy for coughs. People who have been using social media have also said that they were given TCM rather than ibuprofen or paracetamol.

Dr. Lan Jirui of Beijing’s traditional Chinese medicine community told AFP: “The reasoning is the same as in conventional medicine. “The drug is more likely to work if it is purchased following a doctor’s prescription. Perhaps not if it is purchased at random from the pharmacy.” As of yet, there is no known antiviral treatment. 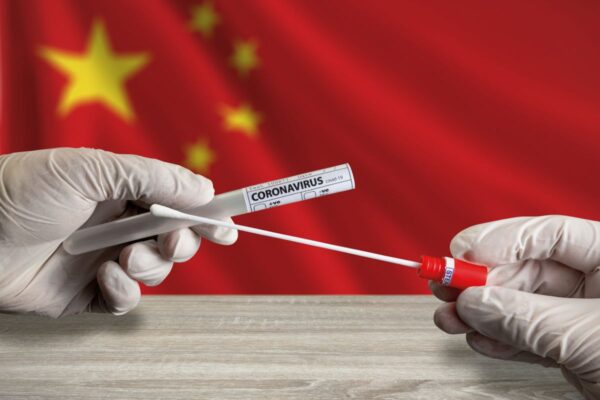 Throughout the course of the pandemic, TCM physicians and self-taught practitioners have turned to the internet to disseminate recipes and health protocols. A retired acupuncturist named Li Wen, who is 68 years old, has been sticking himself with needles to treat his flu-like symptoms. In addition to the anti-fever medicine made from bamboo, he also purchased another Chinese medicine. I also add pears, turnips, and ginger to my diet as supplements, he assured AFP.

“Chinese medicines may aid in the fight against the virus, but they cannot eradicate it,” he told reporters. “But I still don’t trust Western pharmaceuticals. It is important to remember that they have some undesirable side effects.” Danni, a Beijing resident in her thirties, has been trying the plant extract syrup Pei Pa Koa for her sore throat and cough.

She told AFP that the reason was not that she couldn’t access Western medicine, but rather that it was calming and effective. To increase my body’s vitamin C and strengthen my defenses, I also enjoy a bowl of a hot soup made of pears and hot water with lemon. Some of the people AFP talked to weren’t convinced.

Grace Hsia, a 30-year-old director, remarked, “We youths know relatively little about the traditional system of medicine.” Modern medicine is preferred because it produces results quickly. The paracetamol I took for a fever knocked it out in no time at all,” said Li Na, a 36-year-old resident of Beijing. Chinese medicine doesn’t work. More often than not, people take them just to feel better about themselves.”