The IT industry is already feeling the effects of the impending recession in the United States. 136,000 employees were let go by US IT businesses this year, with 42,000 of those layoffs occurring in November alone. Today’s global interconnectedness makes a slowdown in the economy unavoidable, and layoffs won’t be far behind. In reality, large technology companies like Meta, Amazon, and Twitter, as well as start-ups like Byju’s and Unacademy, are already laying off employees in India. A slowdown in the economy and the continuation of this trend is anticipated by over 66 percent of Indian CEOs for 2023. 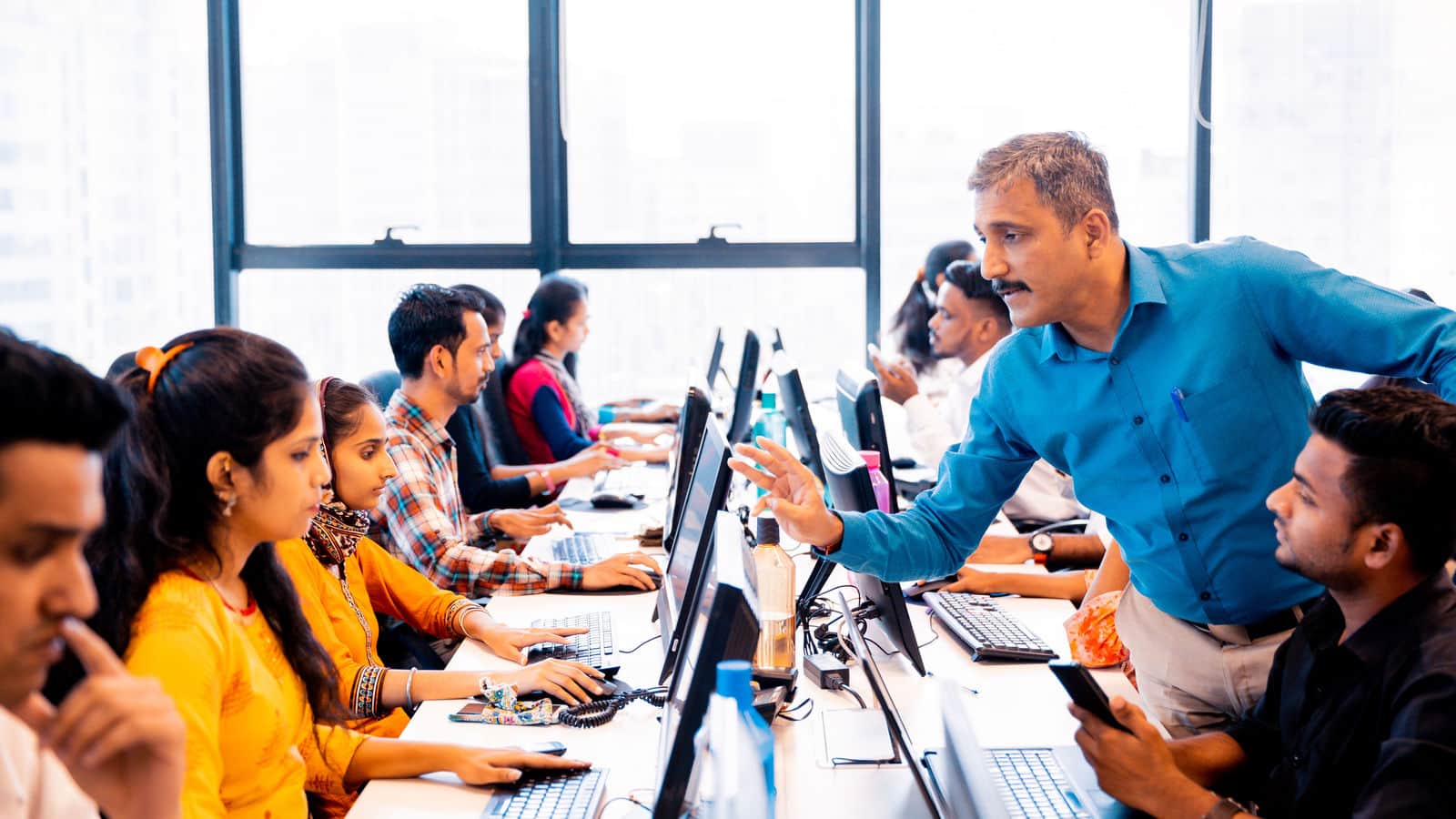 In 2021–2022, India’s GDP increased by 8.7 percent. The economy is slowing down because the post-pandemic boom is waning, inflation is at an all-time high, and there is an unanticipated conflict in Europe. India’s GDP growth expectations were recently cut by Goldman Sachs to 5.9 percent. India’s job issue will worsen since the country’s population is continuously expanding tremendously. According to reports, India would need to create 280 million jobs by the year 2050 to accommodate the country’s sizable young population.

But not all of the news is bad. In keeping with the global crisis, the GDP is probably going to slow down in the first half of 2023. However, it is anticipated to accelerate in the second half as the global economy improves and the export market and investment climate improve. The World Bank increased its prediction for India’s FY 2023–24 GDP growth to 6.9%. From 6.8 percent this year, headline retail inflation is anticipated to fall to 6.1 percent in 2019.

The domestic IT and ITes business is expected to hire up to 1 million individuals by the end of 2023, according to the Indian Staffing Federation, which represents more than 100 recruitment and Flexi staffing organizations, though it is unclear at what level of seniority.

There is no doubt that the global IT sector is now in a state of turmoil, despite the likelihood of the economy rebounding. The epidemic gave the internet economy a boost, and the majority of tech businesses expanded quickly and recruited anybody who applied. They are unable to maintain their increased operational budgets and staff resources now that life has returned to normal.

Rising inflation and borrowing rates compound the sector’s problems, which have been severe and will continue for a long period as a result of the epidemic. The acute energy and inflation difficulties brought on by the war in Ukraine have made the country even more stressed. India is not immune to these market dynamics, despite having a sizable technological workforce.

Additionally, investors are beginning to turn away from the Indian startup industry, which has a unique work culture and frequently absurd compensation. The main need is profitability, and business owners are considering restructuring their operations. Add to this the prolonged IT stock market bear market that has affected both the US stock markets and the Indian business. 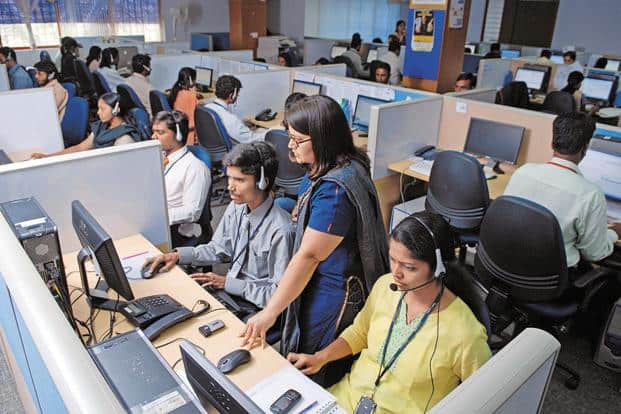 Not only are layoffs occurring at MAANG firms in the US; but even established, well-established businesses like Microsoft are experiencing their weakest growth in five years. The majority of layoffs in India, however, occur in startups and expanding businesses that grew quickly during the epidemic. Along with a decline in demand, these organizations are facing pressure from investors for higher profit margins.

Large, established software organizations with the largest workforces have been steady and have only ever separated employees for normal performance-related reasons. Particularly those in the mid-sized IT industries who has been in operation for two or three decades and have strong balance sheets that can withstand the storm.

There is some hope among analysts who believe that when the US enters a recession, US corporations may choose to move certain projects and deliverables to cheaper countries like India. This will increase the need for skill. With a 61 percent increase in corporate intent to recruit recent graduates, there is also a spike in hiring new graduates.

The best part is that India’s hiring freezes and layoffs have not been universal, with industries like manufacturing, financial services, and e-commerce still actively seeking out new employees. In reality, these industries have experienced rising demand for highly specialized skill sets over the past few years.

This is not mean that there won’t be any difficulties for the Indian IT industry in 2023. There will undoubtedly be some labor rationalization as the globe suddenly breaks free from COVID-19’s grip. The repercussions of the current economic recession will be felt in all areas, including IT. Those employed by US corporations here will be affected by layoffs and hiring freezes, while startups and neo-tech companies will be forced to reduce their workforces to increase profit margins in the middle of a recession.

These elements will impact the entire industry. However, it’s crucial to keep in mind that these downturns are cyclical and happen every few years as the globe gets used to a new economic reality. The evolving nature of work and the ongoing competition for talent provide Indian businesses with a larger challenge. In the upcoming year, two-thirds of Indian knowledge workers say they want to quit occupations due to burnout and a lack of ties to their employers’ management. The HR department has to be modernized immediately. To make organizations process-oriented rather than people-dependent, talent management practices and policies must be updated and digitalized. To utilize different talent pools, work management systems must be updated and furnished with more precise WBSs and entry/exit criteria. Organizations cannot afford to ignore the gig economy, which is a sizable talent pool. They must update their talent strategy to take gig employees and freelancers into account.

Since the typical tenure of a fresher is just one to two years, the increase in fresher employment will also increase attrition. The battle for talented individuals in the Indian IT sector will get more intense as the digital ecosystem develops and matures.

T-shaped skill sets—that is, abilities, knowledge, and experience in a variety of areas connected to their performance and success—will receive a lot of attention. Since individual performance and contribution will be of the highest significance, technology professionals must broaden the scope of their competencies to include relevant skills that complement and reinforce their core competencies. To retain the best personnel, organizations must do their share by offering training and upskilling opportunities with clearly defined professional advancement routes. The Indian tech industry has just undergone a major reset. Only the qualified and skilled will be retained as a result of the continuing labor rationalization. This is a chance for the sector to reevaluate and update its human resource management plans to meet the expectations of a post-COVID-19 reality and to get ready for the economic boom that will follow this hopefully brief slump.

See also  The British are not staying at home; Lockdown can increase for up to 12 weeks, Rs 93000 Penalty if seen roaming outside without purpose
Tags
COVID-19 Covid19 ECONOMY india Indian IT Sector News pandemic recession

According to Bain, India's $50 billion fintech industry confronts a difficult 2023.

Delimitation begins in Assam: What is this exercise, why it is important?