Over eight months ago, a tiny cluster of pneumonia cases were reported in the Hubei province of Wuhan, China. What seemed to be a group of unrelated common cold cases has now grown to loom over us as the novel coronavirus pandemic we know today. Ever since WHO’s social media announcement about the cluster of cases in Hubei, a close eye has been kept on the disease, leading to a seeming head-start on testing kits and working on a cure for the pandemic-causing strain. But one question still remains – has the hurry caused the COVID-19 tests to be cheap, superfluous, and/or unreliable?

The Announcement Of The Russian Vaccine:

Russia is all set to launch its vaccine against the novel coronavirus strain on August 12, 2020. With the number of global active COVID-19 cases still on the rise, more than 160 candidates are in queue for different stages of testing and production in the fight against the disease that has shut down most of the world’s economic activity. With speculations for most vaccines expected only after the first quarter of 2021, experts of various medical and scientific fields are skeptical at this sudden and what seems to be a shady development.

With the AstraZeneca-backed vaccine being developed by Oxford University at an accelerated pace in order to take the first jab against the novel coronavirus strain, it seems like Russia might become the first country with a tangible vaccination recipe that will be the first recorded step in the battle against COVID-19, which is speculated to be registered on August 12.

This vaccine was developed by Gamaleya National Research Centre at Russia, and has been given the green flag by the country’s sanitation overwatch, Anna Popova. The Russian media outlet, Sputnik News Agency, reported that Alexander Gintsburg – director at the Gamaleya National Research Centre – had stated that “particles and objects that can reproduce their own kind are considered alive”, and that “the particles in question cannot multiply”.

The vaccine is said to be an adenovirus-based viral vector combined with spike proteins found in the novel coronavirus strain, SARS-CoV-2. This combination is said to induce an immune system response against the disease, leading to antibody formation which will help in reducing future risk of exposure towards COVID-19.

Global Skepticism Against The Vaccine:

The former head of infectious diseases at Vektor, Alexander Chepurnov, had questioned the data provided by the Russian government, with respect to the efficacy of the vaccine against COVID-19. “The danger is there in terms of the possibility of increasing the disease’s severity with the wrong vaccine”, reported Chepurnov. “With some diseases —and for the coronavirus, this is already known that the infection can intensify with the presence of certain antibodies. So, it should be known which antibodies the vaccine forms.”

Similarly, various experts on global pandemic and special medical and scientific issues (similar to the coronavirus pandemic we are currently facing) are skeptical about the fast-tracked progress of such a vaccine. The high dangers of medical consequences as a result of over-competence in medical communities could lead to guaranteed death rates larger than numbers that were projected as death rates due to contracting COVID-19. Such drastic consequences, apart from hurting the manufacturer’s name and questioning the approval board’s motives behind such a hurry for stamping out vaccines, could bring about radical changes in the bigger picture which may last for generations to come.

While there has been no openly skeptical expression from the World Health Organization, they have advised the Russian government and its authorities to play by the rules and proceed by pre-established guidelines in order to produce a safe and effective coronavirus vaccine for the world to utilize. This is coming at a time when the second most globally searched term for the month of July 2020 was “how to make COVID-19 vaccine at home”. Under such a desperate situation, it is up to us to ensure that we understand this is not a situation where anyone that takes advantage of others emerge as a winner by any means. Has This Urge Existed Since Before The Race For A Vaccine?

Various reports that have been presented as public release have neither confirmed nor denied the accuracy of COVID-19 test kits. Does this mean they could be under-quality and under-quantity?

See also  TIME MAGAZINE: The Indians Who Were Counted As The Most Influential People In 2020

It has been months into the pandemic, and medical experts are yet to publish the findings of any studies regarding the accuracy of the COVID-19 test kits. This comes in a little too late, since most countries around the world are now reliant upon the results of such test kits in order to determine the severity of the pandemic within their territories. This follows the fact that the Food and Drug Administration department of the United States of America used its emergency powers in order to approve quickly-devised tests based on an insufficient number of sample results conducted in laboratories; had this been a regular approval application, the FDA would have turned them down on terms of inconclusive results due to small sample sizes.

Now that it has been a considerable amount of time – to the point where we are on the verge of breakthrough vaccines against the disease – is now the right time to verify the accuracy of the quality of these tests, or is it too late to be a financially unjustified move?

Verifying The Quality Of Tests:

No matter the justification behind such motives, experts are keen on verifying the quality and quantity of these tests, and are continuously lobbying for the FDA to now verify their consistency and accuracy. Preliminary findings have flagged potential problems with some COVID-19 testing kits, including one used on an everyday basis at the White House. Faulty tests could leave millions of people with the incorrect assumption that they are virus-free, contributing to new flare-ups of the disease as communities reopen, celebrating a faulty victory over the eradication of a pandemic present non-dormant amongst them. 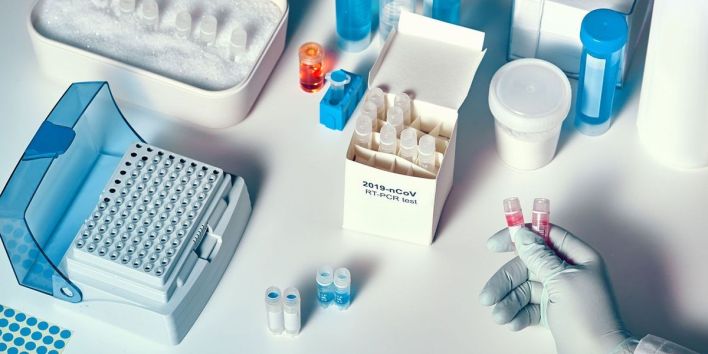 While no screening test is 100% accurate, details on their accuracy are routinely provided for tests of all types – including seasonal flu, hepatitis, HIV, and various kinds of cancers. For example, rapid flu tests are known to miss 20% or more of all cases; hence, a factor doctors weigh when treating patients who have symptoms but test negative for the same. Presently, COVID-19 tests in the U.S. and other countries do not provide data on their real-world performance, including how often they result in false positives on both sides of the spectrum. According to an Associated Press review, a major part of that information is lacking to the public, with only eighty commercial test results having been published.

“The FDA’s emergency standards are still high but there is a significant difference in the body of work that what would go into a submission under the normal process,” said Abbott vice president John Hackett. “Our normal process takes years to bring these out.” This statement had been taken after the FDA required the company to produce better and more conclusive results on their ID Now test for COVID-19, which had earlier been lauded by President Trump and authorities present in the White House.

Requiring bigger studies of all coronavirus tests could provide valuable information, but it could also strain the FDA’s already stretched staff and resources, said Dr. Daniel Schultz, former director of the FDA’s medical device center. Doctors and patients have put too much confidence in the current crop of tests, when an unknown number of patients with COVID-19 are likely receiving false negative results, reported Dr. Colin West of the Mayo Clinic.

Even a modest error rate can have grave consequences during an outbreak like COVID-19. West gives the example of a test that is 95% accurate at detecting the virus and is used on 1 million people. That would still result in 50,000 people being incorrectly told that they don’t have the virus. This is analogous to the virus itself, which has a projected fatality rate of five percent. In the case of the vaccine, fifty thousand people test falsely, wherein in the case of the virus, they are prone to death. Hence, in times like there, such misinformation and a false sense of hope is the last thing you need obstructing the society and economy you live in, leading to highly sensitive tests being required to test for the disease.