After its IPO, Paytm became a symbol of the industry’s crash after losing two-thirds of its value. As an investor-attractive strategy, the company’s founder promises to sharpen the focus on financial performance.

As soon as the fiscal year ends in March, digital-payments provider Vijay Shekhar Sharma, 44, plans to become India’s first internet company to reach $1 billion in revenue. During his first extensive interview since the company’s November public debut, Sharma said the brand is shifting its emphasis from growth to profitability.

“We’re good at chasing the $1 billion goal,” he said last week in a sprawling green expanse dotted with wandering cattle at its new chrome and glass headquarters. I feel like Paytm has been given a sense of accomplishment by the public listing, and taking the company from break-even to profitability has given me a sense of direction.” As investors became cautious about the earnings potential of India’s startups following Paytm’s stock collapse, valuations plummeted. Capital flocked to everything from digital learning to online retail in the 1.4 billion-plus country as many startups achieved unicorn status. In 2022, startups worldwide faced further uncertainty due to the Ukrainian war and fears of a global recession.

In an attempt to win back investors, Sharma describes his approach as a rewind-and-reset. Paytm’s operating losses have widened to $350 million over the past year, competition continues to intensify, and investors have complained about unclear business models.

Defining Paytm’s revenue structure is one step toward regaining trust, says the company’s founder. Its work can be summarized into two lines: Paytm is a loan company and a payment company.

Unlike other developed countries, India went directly from cash to mobile device payments instead of using card-based systems like those found in Europe or the US. Paytm’s products — some of which have been modelled on success cases in other markets — will help it maintain its leadership position even with rivals like Alphabet’s Google Pay, Amazon.com Inc.’s Amazon Pay, and Walmart Inc.’s PhonePe. 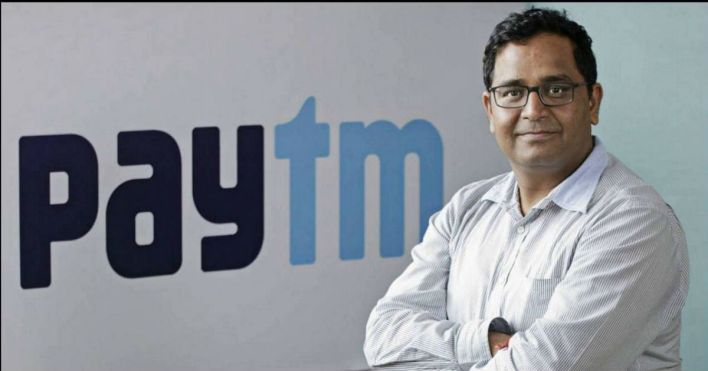 The Sound Box, for instance, a $2-a-month service, uses a speaker to announce a successful purchase and automatically reconciles payments. Paytm’s smartphone application and other apps can be used to make payments quickly using another product that generates a unique QR code for each transaction.

In a conference room surrounded by high rises, he sat slouching in a checked shirt and blue jeans as he said, “I want Paytm to be the most relevant payments company of our time.”

Sharma has steadily expanded Paytm’s lending business to expand its reach. Although Paytm faces challenges against traditional banks, it is confident it will win over users in a credit-starved market.

Paytm has started publishing more metrics for both payments and lending. According to Sharma, the numbers have been exceeding internal expectations since it revealed more data on users, revenue streams, and loan disbursements.

Compared to Paytm’s early years, this is its most challenging period. Through the IPO, investors were able to examine Paytm’s earnings logic and valuation more closely. Based on Nykaa’s and Zomato‘s successful listings and bankers’ advice about Paytm’s revenue model maturity, the founder defended both. As a result of its IPO, Paytm’s price plunged more than 60 percent on the first day.

Sharma said the timing and pricing look haywire in retrospect. We weren’t prepared for this because we are used to private exits that are much more controlled.”

Paytm is expected to break even by September 2023 under Sharma’s strategy. As a result of spending cutbacks, Raheja QBE General Insurance may exit a high-priced cricket sponsorship and terminate an agreement to acquire it.

When the team first came together, they would say, “Cricket sponsorship? This is great!’ to now,

There is an uphill battle ahead for profitability, according to skeptics. Earlier this year, Macquarie Capital Securities (India) Pvt. analysts predicted the stock would decline further to 450 rupees. An early investor and board member of Elevation Capital, Ravi Adusumalli, told Sharma recently focused on profits over revenues.

He said he would vest his stock grants once the company’s shares stayed above the IPO price for sustained periods.

It will be me who gets paid the last in this company,” he said. It won’t be long before we receive our due.”

Bajaj Finance's share price surges 5% after the company's Q1 profit more than doubles; should you buy, hold or sell?

Here's What You Need To Know About Buying, Selling, And Holding Stocks