To discover such a solution, tremendous sums of money are being invested in battery research, and battery performance has increased over time as businesses experiment with chemistries and packaging. But so far, the innovation that could finally bring EVs into the mainstream is proving elusive.

In search of a significant EV battery advancement for smooth functioning 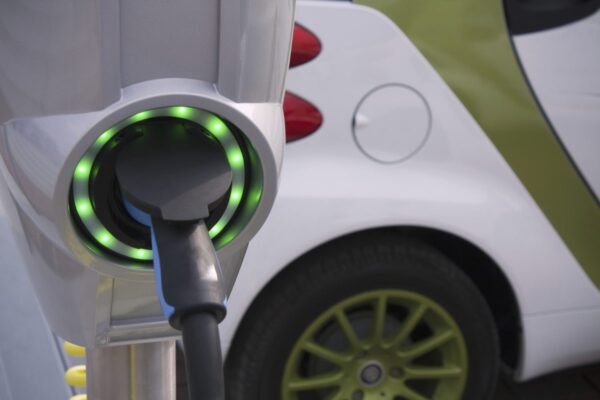 Start-ups in the United States and Europe are vying with one another to create new batteries with sodium and sulphur, two readily available, affordable elements, in an effort to weaken China’s battery hegemony, ease impending supply constraints, and pave the way for mass-market electric vehicles.

The cost of lithium-ion batteries, which power today’s EVs and are built of lithium, cobalt, manganese, and high-grade nickel, has skyrocketed. The car industry predicts that supply restrictions would hinder output by the middle of the decade, putting European manufacturers further behind their Asian rivals.

Future electric vehicles (EVs) might switch to sodium-ion or lithium-sulphur battery cells, which might be up to two thirds less expensive than current lithium-ion cells. However, their prospective success depends on electrochemistry advancements made by companies like Theion in Berlin, Faradion in the UK, and Lyten in the US. Problems with newer battery chemistry must be solved. Sulphur cells corrode easily and don’t survive very long, while sodium-ion batteries don’t yet store enough energy.

Meanwhile, more than a handful of enterprises have raised a lot of money and been subsidized by the government to develop novel batteries. At now, all of the battery industry’s primary resources, including mining and refining, come from China.

James Quinn, CEO of British sodium-ion battery start-up Faradion, which earned more than $1 million in government funds from Innovate UK before being acquired by Indian conglomerate Reliance last year for $117 million, stated, “We’re still dependent on a material supply chain from China.” “It’s a dilemma when you consider the implications for national security, economic security, and international geopolitics.” Additionally, innovative chemistries are being developed by Asian battery powerhouses. The Chinese company CATL predicts that manufacturing sodium-ion cells will begin in 2023. LG Energy Solution in Korea wants to start making lithium-sulfur batteries by the year 2025. The cathode, which can cost up to a third of the price of a battery cell, is the most expensive component of an EV battery.

Nowadays, the majority of EV batteries employ either lithium iron phosphate or nickel cobalt manganese (NCM) cathodes (LFP). NCM cathodes can store more energy, but they need very costly materials (nickel and cobalt). Although LFP cathodes normally don’t store as much energy, they are safer and frequently cost less since they make use of more readily available materials.

In the last two years, the price of essential cathode components like nickel and cobalt has risen. If their technological challenges can be resolved, a lot of businesses are expecting to replace expensive materials with more affordable, readily available ones like salt and sulphur.

According to consultant and former LG Chem executive Prabhakar Patil, “Sodium-ion clearly has a role, especially for stationary storage and low-end cars in cost-sensitive regions like China, India, Africa, and South America.”

Despite having the potential to be the least expensive, the introduction cost for lithium-sulphur makes consumer electronics the first application.

Michigan-based Sodium chloride, or table salt, serves as the primary cathode elements of the sodium-ion batteries that Amandarry and the British startup AMTE Power are developing. The three most expensive elements of batteries—lithium, cobalt, and nickel—are not required.

The sodium-ion start-cells up’s are “strategically important” to Britain’s hopes of being at the forefront of developing new, better batteries, according to Jeff Pratt, managing director of the UK Battery Industrialization Centre, a state-funded $130 million factory that rents production lines to start-ups to test battery chemistry.

Lithium-sulfur cathodes are being developed by US companies Lyten and Conamix, Germany’s Theion, and Norway’s Morrow. These cathodes still require lithium, but in smaller quantities, and neither nickel nor cobalt.

These start-ups assert that by utilizing common cathode materials—sulphur, which is commonly used in fertilizer and is inexpensive like salt—battery costs might be reduced by up to two-thirds, potentially extending the affordability of EVs beyond the middle class. “Even if we could reach the criteria we’ve established with several of the world’s largest automotive makers, we’re off to other races,” commented Conamix CEO Charlotte Hamilton.

Companies that have just entered the battery business say they are in touch with major automakers and that some of them are actively testing new batteries that could be used in mass-market EVs before the end of the decade. The auto industry is eager to keep a range of choices.

According to Linda Zhang, head engineer for Ford’s F150 Lightning electric pickup vehicle, “additional [battery] chemistry will emerge over time.” It would be foolish not to benefit.

Elon Musk, the CEO of Tesla, stated at the 2020 Battery Day that a “three-tiered approach” to lithium-ion batteries using various materials would be required to build “truly affordable” EVs. This approach would primarily use iron-based LFP battery cells, and larger, more expensive, and powerful EVs using nickel-based NCM or NCA cells with cobalt or aluminum cathode material.

The spectrum of batteries available to the automotive industry may soon include lithium-sulphur and sodium-ion batteries, according to battery developers.

According to Duncan Williams, managing director of consulting Nomura Greentech, “we would expect to see both of these options taking market share in the future” because recent advancements are bridging the gap on concerns like energy density and durability.

The sodium-ion cells manufactured by Michigan-based Amandarry at its facility in Haining, China, are already eligible for incentives under the US Inflation Reduction Act.

The business claims that it will also develop a facility in North America. The first transportation use for Amandarry, according to partner Amy Chen, will probably be electric two-wheelers.

Chen claims that Amandarry’s batteries can charge extremely quickly – 80% in 15 minutes — in addition to having a cost advantage. CEO of AMTE Power Kevin Brundish stated that the company first focused on stationary energy storage systems, like those used by grid operators, where energy density is less crucial.

According to Mr. Quinn, the company has a joint venture for energy storage with the massive agribusiness ICM Australia and its batteries are already competitive with LFP cells. He predicted that Faradion’s batteries would cost a third less than LFP batteries made of iron at relatively small scales.

According to Celina Mikolajczak, chief battery technical officer at California-based start-up Lyten, which has raised $47.5 million from investors, sulphur is a “wicked hard chemistry” to make work in batteries. She argued, however, that this was “the chemistry that makes battery mass market” and “the chemistry of the future.”

Ulrich Ehmes, CEO of Theion, said that the Berlin-based business, which is supported by a small number of angel and private investors, has found a way to treat and coat a lithium-sulphur electrode that should extend its useful life in an EV.

This year, even the traditional 60/40 investment portfolio is suffering.