Americans who are preparing for retirement have long been counseled to diversify their investments across stocks and bonds. It was an easy concept. Their investments performed well when the equities did. Bonds typically performed better when stocks had a bad year, which helped make up for those losses. Millions of Americans adopted it because it was one of the simplest, most reliable methods of investing. It ceased working this year.

Despite a strong rally last week following inflation data that was lower than anticipated, the S&P 500 is down about 15% in 2022, dividends included, and bonds are going through their first bear market in decades. A portfolio holding 40% in 10-year Treasury notes and 60% in American equities has lost 15% so far this year. This puts the 60-40 investment mix on track for its weakest year since 1937, per an estimate by financial research and asset management company Leuthold Group. 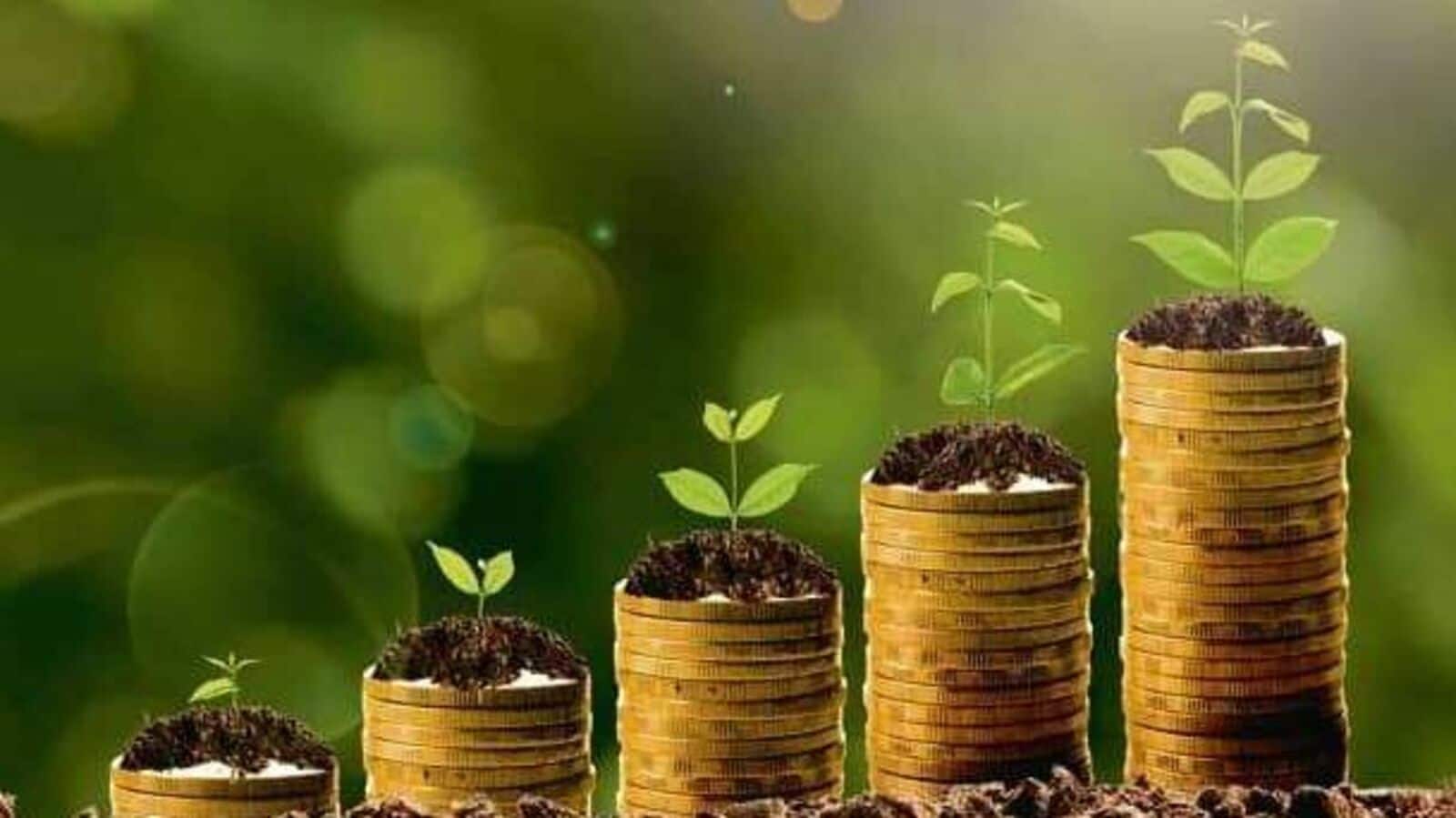 Week by week, many Americans are witnessing a decline in savings that date back decades. Millions of households tightening their belts could add to the economy’s already significant burdens of high inflation, a sluggish housing market, and quickly rising interest rates.

The value of Eileen Pollock’s portfolio, which has a roughly 60-40 mix, has decreased by hundreds of thousands of dollars. Pollock is a 70-year-old retiree who lives in Baltimore. Her retirement savings totaled more than a million dollars as the former legal assistant. She moved from New York to a less expensive city and for many years forewent vacations to save money.

Although $1,000,000 seems like a lot of money, I now realize that it’s not, “She spoke.”I watched as my money vanished in sizable chunks Bonds have aided in easing the pain brought on by previous market crises, including the dot-com bubble burst in 2000, the global financial crisis of 2008, and most recently, the brief but traumatic bear market sparked by the Covid-19 pandemic in 2020.

Leuthold claims that this year’s performance of U.S. Treasury securities may end up being the worst since 1801, as a result of central banks’ quick increases in interest rates to combat inflation. The exchange-traded fund iShares Core U.S. Aggregate Bond, which monitors investment-grade bonds, has seen a 14% decline in total return. The declines are especially felt by baby boomers, who are approaching retirement age, are in worse financial shape than the generation before them, and have fewer earning years left to make up for investment losses.

Investors are shocked that there is nowhere to hide, “said Peter Mallouk, president and chief executive of the Overland Park, Kansas-based wealth management firm Creative Planning. The statement is blood red from top to bottom.” Bond prices soared in 2008, the year the housing market collapsed, Lehman Brothers filed for bankruptcy, and Congress approved an unprecedented bailout plan to save the financial system. Leuthold calculated that investors who held a 60% stock, 40% bond mix would have outperformed 100% stock investors by a 23 percentage point margin.

In 1917, the year the United States entered World War I, in 1930, during the Great Depression, and in 1974, following a market selloff brought on by a series of crises including surging oil prices, double-digit inflation, and Richard Nixon’s resignation over the Watergate scandal, investors with a mix of stocks and bonds also fared significantly better than those investing all of their money in stocks.

The S&P 500 fell 26% in the final year, dividends included. However, the 10-year Treasury yielded 4.1%. With 60% of its assets in stocks and the remaining 40% in bonds, that meant a portfolio’s annual loss would have been 14%, which is a significant hit but still much better than the 26% loss it would have experienced had it invested exclusively in stocks.

When a U.S. government bond expires, the principal will almost certainly be returned to the investor. However, until that time, the bond’s value may change drastically, especially if it still has a long way to go until maturity. A hypothetical investor holding an older bond with a face value of $100 and an annual interest rate of 1% would receive significantly less than $100 if she sold the bond today.

That’s because a new seven-year Treasury note with a 4% coupon was just released. The investor would have to sell her bond for less money to make up for it having a much smaller coupon. Despite wishing she didn’t have so much money invested in the markets, Miss Pollock claimed she is too far along to withdraw from her holdings. She has decided to wait things out in the hopes that the market will eventually rise again. “If I go, I’ll merely lock in my losses, “She remarked. All I have to do is maintain my confidence in the American economy.”

Delaine Faris, a 60-year-old project manager, retired in 2019. She had thought that her husband, a technology consultant, would be able to join her in a few years based on how much their savings mix of 70% equities and 30% bonds had increased over the preceding decade. The pair made extended trips through Argentina and Europe. After selling their Atlanta house, they moved to a nearby location with the intention of settling there.

I made plans, responsibly invested my money, and saved, said Ms. Faris. She seriously considered going back to work earlier this year to add to their savings. Worries for the couple have increased as a result of layoffs in the technology sector. She and her husband still have their home, her job, their health, and their savings, which she and her husband consider to be blessings. However, the past year has been a “big gut check, “She spoke.”Millions of us announced that we would retire early, which is great, and now we’re wondering, ‘Wait for a second, what the heck happened? According to a poll of retired Americans between the ages of 50 and 75 conducted this summer by Goldman Sachs Asset Management, over 51% of retirees live on less than half of their yearly preretirement income. Nearly half of those surveyed took early retirement due to circumstances beyond their control, such as ill health, job loss, and the need to look after loved ones. Only 7% of those who took the survey and responded said they had saved enough money to stop working.

The majority of Americans said they would prefer to rely on guaranteed sources of income, like Social Security, to support their retirement rather than gains from risky markets.

But the company discovered that just 55% of retirees can do so. In May, Susan Hodges, 66, and her wife decided to withdraw all of their funds from the stock market. We only have so much tolerance for worry, she said.

The Rio Rancho, New Mexico, pair has subsequently reinvested some cash in equities, but they have done so with caution, only placing around 10% of their total retirement assets into the market. The pair has also grown more careful with their spending, limiting their outings to restaurants and talking things over before making an internet purchase.

Market returns have become more crucial as American households try to save for retirement. A study by the Center for Retirement Research at Boston College using information from the Federal Reserve found that in 1983, 88% of employees with employer-provided retirement plans had coverage that included a defined-benefit pension that offers payments for life.

Over the ensuing decades, retirement plans based on 401(k)s replaced conventional pensions. 73% of workers with employer-sponsored retirement plans only had defined-contribution coverage as of 2019. In these plans, the amount of money available for retirement is based on the contributions made by employers and employees as well as the investments made with those funds.

According to a survey conducted by the American Association of Individual Investors in October, respondents’ portfolios consisted of about 62% stocks, 14% bonds, and 25% cash. While investors were holding slightly fewer bonds and slightly more cash than the long-term average, their stock allocation was in line with the average in data dating back to 1987.

Defined contribution retirement plans typically have a portfolio heavy in stocks. At the end of 2019, 68% of participant assets in their 401(k), including the stock portions of funds, were invested in equity securities, while 29% of participant assets were invested in fixed-income securities, according to a report published earlier this year by the Employee Benefit Research Institute and the Investment Company Institute.

Although the outlook for the economy is deteriorating, nobody can predict when the typical stock-and-bond portfolio will begin to perform well once more. The United States will enter a recession within the next 12 months, predict economists surveyed by The Wall Street Journal, as businesses reduce hiring as growth slows.

In contrast to the dot-com crash, the financial crisis, and the early stages of the pandemic, the Fed doesn’t seem likely to intervene to support the markets by easing monetary policy. Even if it causes some economic pain, Fed Chairman Jerome Powell has emphasized the need to keep raising interest rates to lower inflation.

Many investment professionals advise against giving up on the stock and bond strategy after just one year of particularly poor performance. They display graphs illustrating the S&P 500’s decades-long ascent and note that historically, buyers who made their purchases near the end of the worst selloffs have reaped the greatest rewards. A person who bought U.S. stocks in 2009, at the height of the financial crisis, would have seen a return of nearly 361% over the following 11 years, the longest winning streak in stock history.

We frequently begin meetings with them tremblingly asking, “Are we OK? “said he. “I believe they’re asking about their financial well-being as well as the state of the nation, the economy, and the stock market.” Investing is nothing new for 64-year-old Conroe, Texas, resident Jonathan Bowden. He has been reading financial news for many years, attends webinars held by Morgan Stanley’s E*Trade platform, and does some side trading of options.

He started to worry the stock market’s explosive run wouldn’t last after retiring in June 2021. This year, his worries came true. Mr. Bowden went back to his old position as a procurement manager rather than allowing himself to become fixated on how poorly the markets were performing. He works a part-time job, just enough to cover his expenses and keep him busy throughout the week.