As part of its cost-cutting efforts, Amazon has started firing staff. Although the business has not released an official statement on the matter, several fired employees have turned to LinkedIn to tell their stories and hunt for new positions. This covers various people who are now in need of a sponsor to extend their H1-B visas and avoid being deported. Many H1-B visa holders have been having issues after they lost their jobs at major digital firms like Twitter and Meta. Although there has been no official announcement on the number of layoffs, rumors citing sources with knowledge of the situation claim that the firm plans to fire at least 10,000 workers. Many employees in the United States and Canada with H1-B visas have asked their LinkedIn connections to assist them in looking for jobs or alert them to any openings. The Immigration and Nationality Act, Section 101, grants the H-1B visa, which enables US employers to temporarily hire foreign workers in specialty occupations.

Unlike Meta, which laid off 13% of its workforce, or 11,000 people, and announced immigration assistance for all foreign workers they had hired, Amazon has only kept it a secret by giving out pink slips to all of its employees, including foreign workers.

After six years of employment, Raj Kansagra, a software development engineer at Amazon, claims he has been let go. Since he is on a work visa in the US, he said that he is actively hunting for his next job and that “time is of importance to find something fresh.” “It’s been a fantastic journey watching Alexa grow from her early stages.”I’m proud of what our team accomplished. Another Indian resident of the US on an H1-B visa, Parate, said she is “still attempting to manoeuvre through this, but confined by the schedule of being on a visa.” Parate was affected by the Amazon mass layoffs as a software development engineer.

Not only those on H1-B visas or work visas have to deal with the difficulty of losing their jobs while on a visa. Amazon employees from India who were working there while on student visas have also run into difficulties. Dixitha Kasturi, who only ten months prior had announced on her LinkedIn page that she had been hired by Amazon as an SDE in their US office, has stated that “being an individual on a student visa (OPT), I am time-limited as well.”

The widespread layoffs have also affected a Canadian-based professional in software development who worked for Amazon. “I was affected by the Amazon layoff today,” Robin Badsara noted on his LinkedIn page. I was a member of the tech team developing Alexa “.”I am now in Canada and available for work,” he continued. Please let me know if your company has any vacancies for sources or recruiters, or point me in the correct direction if there are any. 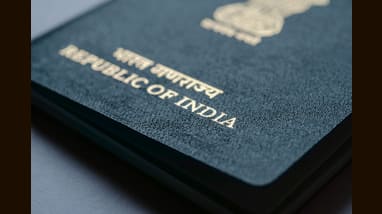 As the business started the biggest round of layoffs in its history, one Amazon.com Inc. employee posted on an internal chat forum that “No one is safe.” People who are more used to talking about expanding budgets and moonshots than about recession and austerity could be seen in the tone, especially in the hard-hit devices team, which expressed their astonishment and dismay.

In a memo to his employees on Wednesday, Devices Chief Dave Limp expressed his sadness at the firings. He promised severance pay to those who were unable to find new jobs within the company. However, for many of the recipients, his note offered little solace, and some people questioned why Chief Executive Officer Andy Jassy, who was viewed by some as having a kinder touch than his predecessor Jeff Bezos, hadn’t addressed the troops in the same way Mark Zuckerberg did when announcing job cuts at Meta Platforms Inc.

Employees are asking one another for hints about which team or person may be the next to be fired because bosses haven’t been forthcoming with information. People who are afraid of getting fired ask people who have already been fired to explain the subject lines of emails from human resources or any other red flags. Some employees claimed they were unable to focus because they were afraid they would soon be fired.

The lack of leadership openness, according to one employee, “is horrible,” according to a Bloomberg assessment of an internal discussion. If practically everyone at the firm is trying to find out if they will be maintaining their jobs, how can we hope to be Earth’s Greatest Employer? Amazon refuses to respond to employee complaints about Jassy not speaking to personnel as a spokeswoman. 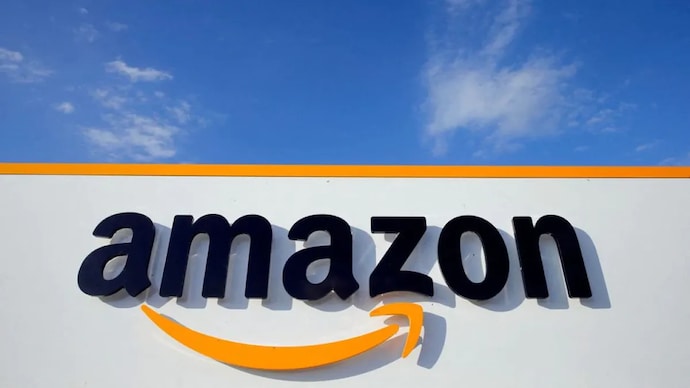 Amazon has been in expansion mode for most of the previous two decades, investing billions in additional warehouses and cloud computing data centers and recruiting to support a variety of bets. Investors have had faith in Bezos to deliver on his promise to focus on creating long-term value ever since the company’s initial public offering.

Jassy can’t afford that luxury because she has to deal with a stock market that has turned against the digital giants. For Amazon, which had long relied on its rising stock price to help compensate employees who might command higher salaries at better-paying rivals, it’s a double blow. The shares have fallen behind the S&P 500 for a second straight year, which hasn’t happened since the dot-com bust, with a 42 percent decline so far in 2022. Bloomberg reported earlier this week that the Seattle-based company, whose growth is now slowing, plans to slash about 10,000 jobs, the largest such cutback since the dot-com bust more than 20 years ago.

The Limp team is in charge of things like the Echo smart speaker and the Alexa voice-activated system. He said that the corporation will continue to prioritize investing in the team. In addition to the members of Limp’s crew, layoffs within the human resources department and retail division were also predicted by Bloomberg. The cost-cutting in the last few months, according to some long-time Amazon employees who spoke on the record under the condition of anonymity to discuss an internal matter, has been the most severe they’ve ever seen.

Young employees who were being let go for the first time received encouragement from more experienced coworkers, who assured them that they would find employment elsewhere. And when a pregnant employee revealed that she had been fired, people sent her sobbing emojis as a way of expressing their sympathy.

Some used comedy to describe how they had been “promoted to customers.” Some made light of the fact that they were taken from the premises after an Amazon human resources representative “shoved a banana in my mouth.” It was a reference to the complimentary fruit that Amazon distributes in front of its offices, a unique benefit for a business that has long avoided the complimentary meals and massages that are typical in Silicon Valley. Due to “the current macro-economic environment as well as several years of rapid hiring,” according to Amazon spokeswoman Kelly Nantel, the company is making cuts. “We don’t take these choices lightly, and we’re doing everything we can to help any affected staff,” she said. However, there was a consensus within Amazon that the leadership might have handled the layoffs more sympathetically. One fired employee claimed, “It’s all been extremely secretive.” “It was obvious when several of us received meeting requests from human resources and a manager on Tuesday.” The encounter, according to this source, lasted around 10 minutes.