The suspected misspelling of courses by edtech companies has attracted the serious attention of the authorities.

People informed of the situation indicated that complaints against Byju’s and group companies were brought up during a conversation since the edtech leader serves a sizable student base.

At a meeting with edtech businesses and their self-regulatory organization, the India Edtech Consortium (IEC), the consumer affairs department voiced its worries about this and numerous other factors, according to people briefed on the situation for ET.

Senior department officials also voiced their concerns to executives at Byju’s, India’s most valuable startup, in a follow-up call that day, the sources said. They claimed that the majority of the complaints they had received were regarding the Bengaluru-based business and its group entities. The conversation was also joined by Divya Gokulnath, co-founder of the business, and Byju Raveendran’s wife.

According to a second source with knowledge of the situation, Gokulnath and top executives presented officials with a thorough action plan to resolve the allegations.

The department representatives mentioned at the meeting that they had 147 consumer complaints against edtech businesses, the sources said. It is anticipated that it will soon provide edtech businesses with the whole list of complaints.

Along with other concerns, aggressive misrepresentation of products to parents and specific advertising promises were considered. According to one of the sources, Byju’s was urged to collaborate closely with the Advertising Standards Council of India (ASCI).

According to the industry self-regulatory authority, ASCI, 33% of the 5,532 complaints it reviewed in the prior fiscal year were from the education sector, which includes both edtech companies and conventional educational institutions.

This individual said, “They (Byju’s) are cooperating closely now with ASCI.” A representative for Byju’s said on Friday that the IEC had initiated the meeting to inform the ministry of consumer affairs of its most recent efforts to increase openness and accountability.

The spokeswoman said in a statement that “Byju’s was never singled out in the discussion with IEC,” adding that IEC also brought up its partnership with ASCI.

“According to ASCI complaint statistics, the education sector accounted for 33% of the 5,532 complaints that were submitted to them. Six percent of the 33 percent worked in edtech. That suggests that fewer than 2% of the complaints sent to ASCI were about edtech. ” The statement also said

Gokulnath is a significant contributor to the IEC, which was founded by the Internet and Mobile Association of India earlier this year. Some of its members are Unacademy, Upgrade, Byju’s, and group firms.

One industry executive involved in the discussions said, “They (IEC) have met with officials from the ministry of education, but the meeting with the consumer affairs department shows they are aware of consumer complaints brought up by parents, students, and professionals and need to raise them with companies under their purview as well.”

Separately, according to sources with knowledge of the situation, IEC has received at least two complaints regarding Byju’s and its coding division, WhiteHat Jr. The kind of complaints or whether they had been fully resolved yet could not be independently verified by ET.

You may file a complaint with the council against any edtech company. It will apply its self-regulatory norms through a committee and communicate them with the appropriate firms for rectification. One of the insiders added, “The IEC’s philosophy is that self-regulation should be practised in spirit, otherwise, it may result in a stricter regulatory regime from the government.” 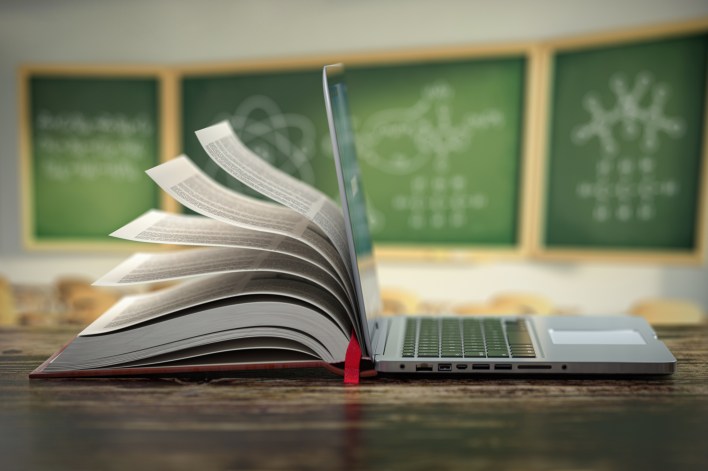 The growing number of complaints against edtech businesses, which also entail the misselling of loans or financing possibilities for different courses that these platforms are offering, has made the authorities apprehensive, the source continued.

Another business leader in the sector added, “The problem is particularly crucial since Byju’s has become a household name and any action against the firm is also not good news for other firms in the market.”

On June 30, ET reported that Byju’s was thinking of renaming itself WhiteHat Jr., which had been criticised for reportedly running some deceptive marketing. At least 600 workers from the group firms WhiteHat Jr. and Toppr were recently let go by Byju’s.

Byju’s, with a valuation of $22 billion, has also delayed completing its most recent $800 million fundraising round and publishing its audited financial reports with the Registrar of Companies (RoC).

According to the business, Raveendran just finished investing $400 million in the company, organised through debt financing from financial institutions, as part of the $800 million round. Byju’s said on July 4 that it would release its most recent audited financials over the next 10 days. It hopes to get $250 million by August of the $800 million in investment that was disclosed in March.

Raveendran is also making a $2.4 billion offer using finance from JP Morgan for the US-based edtech player 2U, another deal he hopes to complete. Byju’s completed a $1.2 billion term loan in November last year.

Despite significant headwinds, I do not see a dearth of demand for Byju’s capital in any form. Additionally, it is a terrific moment for businesses to stand out, Raveendran told ET in May.

Byju has invested about $2.5 billion in several acquisitions in India and abroad during the previous 12 to 18 months. Its greatest purchase to date was the acquisition of physical coaching centre Aakash Institute for close to $1 billion.

On July 4, ET reported that Byju’s had, after a little delay, cleared the required payments for the transaction. If you have a track record of successfully collecting from or funding your clients, debt is one of the most effective methods to get funds. In the interview in May, Raveendran remarked, “These are partners that have been with us for the previous three to four years.”

According to a July 4 article from ET, venture financing for startups in India fell by 37% in the June quarter compared to the March quarter. As previously reported by ET, Unacademy cofounder Gaurav Munjal instructed his employees to drastically reduce expenditures to achieve positive cash flow, while top management, including the founders, are also accepting salary cuts and closing business verticals that do not find a product market fit.

Byju’s had previously stated that it intended to invest $200 million to expand its tuition centres throughout 200 locations. Unacademy and Vedantu, competitors, are also growing offline.