India has recently witnessed a spike in cardiovascular-related deaths.

India has recently witnessed a spike in cardiovascular-related deaths. In fact, the younger generation has been witnessing this too. There has been a number of cases in India where celebrities have become a victim to cardiac arrests too. The death toll rising by day in various parts of the country due to heart attacks, possibly due to Covid vaccine, is again being addressed in the limelight at present.

It may be mentioned here that before the Covid-19 pandemic took the world by storm, Heart attacks were the main cause of death globally prior but it gradually on the decline. However, a new study published in the peer-reviewed Journal of Medical Virology points out that heart attack death rates rose across all age categories during the pandemic. What is happening in India?

For the past 2-3 days, the hashtag #heartattack has been trending on Twitter, with multiple examples of unexpected heart attacks in otherwise healthy and fit people.

Videos of young and middle-aged men passing away from severe heart attacks while working out in gyms or doing dance performances have been widely shared on social media in recent months.

Instances like a footage of a middle-aged man dancing at a birthday celebration and then passing out suddenly due to a severe heart attack in the town of Bareilly in the northern state of Uttar Pradesh had gone viral in India and died soon after.

Similar to this, over a million people have watched a video of another stage performer fainting while playing a character at a community gathering in Mainpuri, Uttar Pradesh who too passed away at once.

23-year-old Josna Cotha died unexpectedly of a heart attack at a wedding reception. A user tweeted a video of the girl and the tragedy that occurred while she was dancing. Another user on Twitter shared a video of young man who suffered from a heart attack while he was taking a walk.

In fact, many celebrities have also passed away from heart attacks in the past two years. What is surprising is those celebrities were well-known for maintaining a healthy lifestyle but tragically passed away at a young age from a heart attack. This has left the country shook and their deaths have alarmed the general public who once looked up to them as role models for fitness.

Among the celebrities whose death has left the nation shaken is Krishnakumar Kunnath, popularly known as KK. The renowned Bollywood singer, who was a heartthrob amongst the youth of the nation, died after his performance in Nazrul Mancha on May 31st in Kolkata. The musician died as a result of a myocardial infarction (heart attack), according to the autopsy report.

Another instance is the death of the renowned comedian Raju Srivastav. He died on September 24th after a 41-day-long battle for his life in New Delhi’s All India Institute of Medical Sciences (AIIMS). He was brought to the hospital after collapsing while working out in the gym on the 10th of August.

Puneeth Rajkummar, a well-known personality in the Kannada cinema industry, died in October of last year after suffering a deadly heart attack while also working out at the gym. His untimely death left millions of his fans and followers in shock.

Television star Sidharth Shukla died on September 2, 2021, at the young age of 40 from a heart attack.

In another instance, Renowned Indian television actor Siddhaanth Vir Suryavanshi died on November 11th, reportedly of a heart attack. He was only 46 years old at the time.

And this list goes on. These untimely deaths of celebrities left the nation in shambles. The general public and youths of the nation are also facing the same situation, and the death toll due to heart attacks are on the rise in the country. 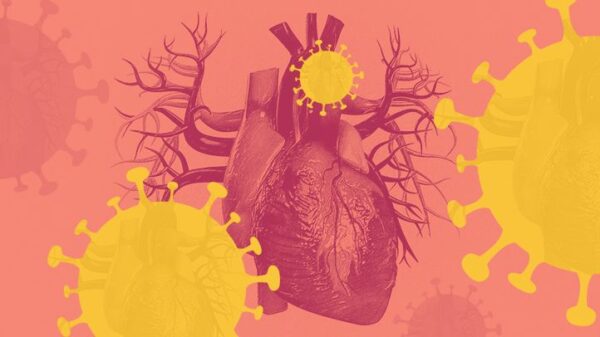 According to cardiologists, the alarming rise in unexpected heart attacks is concerning.

What do the experts say about this?

According to cardiologists, the alarming rise in unexpected heart attacks is concerning. Director-Cardiology, Max Super Speciality Hospital, Vaishali, Dr. Samir Kubba, told Indo- Asian News Service (IANS) that although they lack sufficient data and evidence to determine whether this is a covid-induced occurrence, he said that it could not be denied that it has increased post-covid. However, he added that long-term Covid effects could also be responsible in some circumstances.

Meanwhile, Covid or long-term Covid, according to Dr Sanjeev Gera, Director and Head of Cardiology at Fortis Hospital Noida, may induce persistent inflammation in heart arteries.

Doctor Gera said that this inflammation can cause silent blockages to rupture and cause a heart attack, especially after performing exercises such as heavy weight lifting, running in cold weather or walking on a treadmill and the risk increases if there are risk factors for heart disease such as high blood pressure, smoking, diabetes, high cholesterol or obesity.

As per sources, Indians are already more at risk than Westerners to experience heart attacks and this is due to their dietary habits, high incidence and prevalence of diabetes, dyslipidemia, hypertension, genetic risk factors, smoking, rising rates of obesity and sedentary lifestyles, and other risk factors.

The World Health Organization estimates that India is responsible for around one-fifth of the 17.9 million cardiovascular disease-related deaths worldwide, particularly among younger people. Indians’ eating habits are a major factor cited as contributing to the increase in heart attack cases.

Dr. Gobu P, who is a cardiologist was quoted by The Hindu newspaper as claiming that the younger population in India is getting more vulnerable to heart ailments. 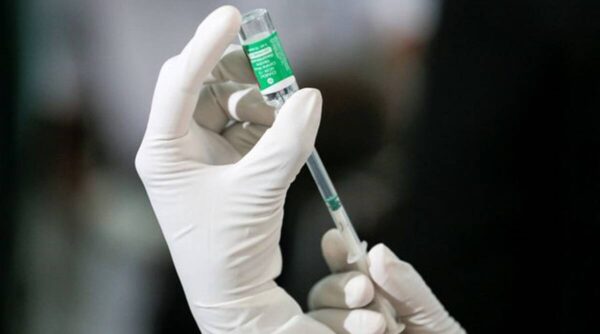 Dr. Harinder K. Bali advised that in any case they have even the smallest symptoms, people shouldn’t hesitate to get heart checkups.

Dr. Harinder K. Bali, a well-known cardiologist in the northern state of Haryana, told Xinhua that in India, 6 million people are aware that they have cardiovascular diseases. And so, his advice to the young people who suffered from COVID-19 in the previous two years is to keep from going to the gym right away because the pandemic may have had a negative effect on their lungs, which could have affected their respiratory system. He further advised that in any case, they have even the smallest symptoms, people shouldn’t hesitate to get heart checkups.

He added that the country had witnessed sudden heart attacks that resulted in the death in athletes and movie stars. People who appear physically stronger shouldn’t assume that their hearts are in good shape. The modern lifestyle, in which people spend most of their time sitting without doing any physical labour, also contributes to the development of cardiac diseases.

Besides, as the rising issue of heart attacks which might have been the impact of Covid Vaccine has caused a stir recently, some experts have spoken on this assumption.

As reported by the Hindustan Times, the Covid vaccine is rarely linked to any cardiac problems, according to Dr. Neha Rastogi Panda, Consultant in Infectious Diseases, Fortis Memorial Research Institute, Gurugram.

As per Dr.Panda the Pfizer vaccination has been linked to a small number of cases of myocarditis, which is an inflammation and thickening of the heart muscle, but so far 3 to 4 cases have been identified among the million vaccine users, and they have not been fatal. Except for minor heart rate changes that occur right after immunisation, which are uncommon and moderate in nature and don’t need treatment, the vaccine has little to no influence on irregular heart rhythm. Compared to vaccination, covid illness alone generates higher inflammation and long-term effects.

She added that the Covid vaccination has no direct connection to any cardiac arrests, heart attacks, or other unfortunate cardiac incidents that have occurred.

Vaccines made by Covid have been declared safe and effective, however doctors do not entirely rule out a minor effect on heart health. They assert, however, that the benefits of vaccinations much outweigh any potential side effects on people.

RBI hikes key interest rate by 35 bps: what does this mean?