The European Union and Britain may be beginning to enter a recession, whether the descent is gradual or severe. In comparison to the previous three months, the British economy declined by 0.2% in July, August, and September, the Office for National Statistics stated on Friday.

By the end of the year, it was predicted that the downturn would spread across the continent. In the final three months of 2022, several nations are likely to experience a recession, according to Paolo Gentiloni, the EU’s commissioner for the economy. He declared that “the EU economy is reaching a tipping point. Recent poll results indicate a decline during the winter.

However, the EU expected that the 27-member bloc will experience a “short-lived and not too severe” recession, although central bankers in Britain have warned of a “prolonged” recession lasting up to two years.  Gentiloni predicted that the EU would end 2022 with better-than-anticipated 3.3% growth, even though that figure is probably going to decline significantly the following year to just 0.3%. The disparate predictions show how the economic repercussions of the epidemic and the Russian invasion of Ukraine are having an unequal effect on the countries in the area.

The twin scourges of increasing prices and a sluggish or decreasing economy are plaguing the EU and Britain. The conflict and retaliatory sanctions against Russia, one of the largest producers of grain and oil, have driven up the price of food, gasoline, and fertilizer throughout the world.  The pandemic-related supply chain delays and ongoing COVID-19 lockdowns in China, most notably in the industrial powerhouse of Guangzhou, have contributed to the list of economic issues, as have natural disasters caused by climate change.

One measure indicates that in October, the annual inflation rate in Germany, the biggest economy in Europe, was 10.4%. The rate of inflation in Britain reached 10.1% in September, the highest level in 40 years, and is predicted to continue rising before reaching a peak. The majority of callers to BBC call-in radio talk shows are concerned about their ability to pay for their home’s heating and lighting. Jeremy Hunt, the chancellor of the Exchequer, stated on Friday that “there is a long path ahead” and “one which will demand an extraordinarily difficult decision to restore trust and economic stability.

Preliminary estimates from the national statistics office revealed that the British slowdown affected both the production and services sectors, meaning that the nation’s gross domestic product, or total output, remained below its pre-pandemic level.  Although that number was impacted by the passing of Queen Elizabeth II, which led to widespread, unforeseen company closures, the decline was particularly severe in September, down 0.6% from the previous month.

The quarterly contraction came in below expectations; economists polled by Bloomberg had predicted a 0.5 cline. Following the announcement, the yield on the 10-year British government bond briefly fell before gradually rising to 3.33%. The classic definition of a recession is a prolonged period of a severe drop in economic activity.

The Bank of England has signaled that it is unlikely to raise rates as high as traders had anticipated, but has nonetheless emphasized its determination to halt inflation’s upward march by raising interest rates—even at the risk of sending the economy into a recession.

The bank increased its key rate once more last week and forecasted that the British economy would contract in the second half of this year and keep contracting through the middle of 2024.  Increased unemployment is a potential result of higher interest rates, which make borrowing money for investments and mortgages more expensive.

But the ruling Conservative Party has also inflicted several self-inflicted wounds on the British economy. The prime minister at the time, Liz Truss, unveiled an economic plan in September that was heavily criticized and included steep, unfunded tax cuts and significant spending increases to help families afford rising energy costs. A shocking policy turnaround and Truss’ resignation were the results of the ensuing political and economic unrest. Next week, Hunt and Rishi Sunak are due to present their economic game plan, which is anticipated to include tax increases, expenditure reductions, and debt reduction. According to Pantheon Macroeconomics, the package “will cement Britain’s dismal economic prognosis. Additionally, economists and analysts generally concur that Britain’s decision to leave the EU in 2016 dealt it’s economy a serious and protracted blow.

Although only a small number of EU nations are predicted to experience negative growth in 2019, the situation for Germany, which has been severely impacted by the loss of Russian pipeline gas, is bleak.  The EU predicts that in 2023, its economy will contract by 0.6%. Inflation is anticipated to remain higher than initially predicted across all of Europe. Gentiloni referred to a robust labor market as “a bright spot. The situation is worse in Britain, where approximately 2.5 million people are unable to work due to chronic illnesses, resulting in employment levels that are lower than they were before the pandemic.

The food acceptance expenses are projected to reach a $2 per person annual level in 2022. Anemic bread-and-butter forecasts and a high debt-to-GDP ratio are a major burden on the world’s nuclear countries, according to the United Nations Food Agency’s response on Friday. 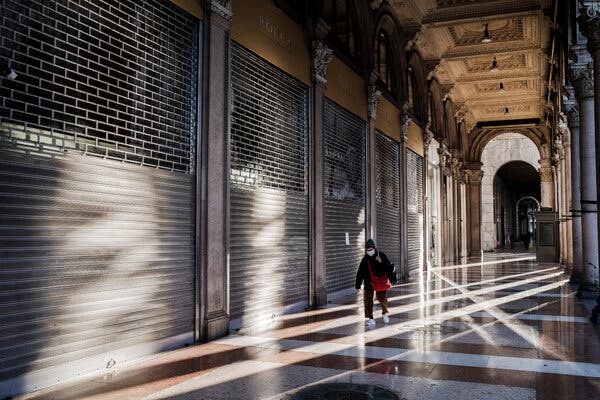 Following the outbreak of the conflict between Russia and Ukraine, which resulted in the closure of a significant producer of grains and oilseeds, global food prices rose to unprecedented levels in March.  Although there was once an UN-brokered “Black Sea Grain Initiative” beginning in July of this year, which guaranteed secure sea access to the ships carrying the region’s essential foodgrains, it was unable to reduce the cost of food on the world market.

In its twice-yearly Food Outlook report, the Food and Agriculture Organization (FAO) stated, “These are troubling indicators from a food safety standpoint. According to the FAO, the global food budget is anticipated to reach $1.94 abundance this year, up 10% from last year and higher than previously anticipated. It was noted that low-income countries’ food acceptance volumes are seen to be declining by 10% while their annual food acceptance bill remains essentially unchanged, pointing to escalating accessibility issues.

The FAO stated that “Importers are finding it challenging to keep up with rising global costs, potentially signaling the end of their animation to lower global prices. According to the FAO, global acceptance costs for agricultural inputs like fertilizers, which require a lot of labor to produce, are expected to increase by about 50% this year to $424 billion, forcing all nations to purchase and use fewer quantities.

India's forex reserves has been on a declining trend

The wealth of Silicon Valley has passed its peak. Employees are packing bags.