The ambitious “Make in India, Make for World” government programme to improve exports and make Indian manufacturing competitive on a worldwide scale is being severely hampered by high import taxes.

As firms struggle to compete in global markets, high import levies on essential commodities like steel, polymers, copper, and aluminium are becoming counterproductive to such objectives. What may be included in Budget 2023 to resolve these irregularities, which harm the interests of small and medium-sized manufacturers?

According to VK Agarwal, MD of Shashi Cables, which produces aluminium conductors used for power transmission, imposing import taxes on goods where India has a competitive edge is pointless. India has a rich source of inputs including petrochemicals, copper, and aluminium, for instance. There is no need to safeguard the sector. Instead, he claims that when a duty is imposed, the economy is unquestionably harmed because domestic manufacturers must raise their prices to cover the burden.

According to Agarwal, duty on these raw materials should be zero-rated in order for the home sector to truly gain. “The government should make a bold move in the interest of the Indian people, even though it would pit them against the powerful sharks. Reduce duty to suitable levels for each item should be the goal, he argues.

These levies, which range between 5% and 17%, further exacerbate the financial difficulties MSMEs currently face. Various taxes exist, including anti-dumping and customs taxes. Since MSMEs are unable to maintain consistent production costs, it merely amounts to uncertainty for them. According to Agarwal, “They are completely reversing the liberalisation trend.”

While there have been many improvements in customs, according to Vikas Vasal, National Managing Partner, Grant Thornton Bharat, there should be more improvement in this year’s budget as well. “Import tariffs frequently function as a deterrent to the production and export of commodities. For instance, the market for specific chemicals presents India with a substantial development opportunity.

This sector demands a lot of raw materials and requires several import and export permissions from different authorities. Shouldn’t we focus at streamlining the procedure in all ways to prevent firms from becoming bogged down in increased import tariffs and compliance administrative processes

In addition, the only solution for India to be a crucial component of global value chains (GVCs) is a welcoming import policy. Otherwise, the nation won’t be able to fulfil the lofty goals it has set for itself. To decrease reliance on imports and boost Indian products’ competitiveness on the world market, the government has promoted home manufacturing. The National Manufacturing Policy predicts that by 2025, manufacturing’s GDP contribution will rise from 15% to 25%.

According to the India Brand Equity Foundation of the Department of Commerce, during the previous ten years, manufacturing GVA has contributed around 16.3% of the nominal GVA. India can boost the world economy by more than $500 billion every year by 2030. By 2030, this industry might export items worth $1 trillion. According to Bain & Company, this amount was $418 billion in FY22, an increase of 40% over the prior year. The IBEF expects 6.24 crore jobs in the manufacturing sector in 2019–20, using the Economic Survey.

The Federation of Indian Micro and Small and Medium Enterprises (FISME) Secretary General, Anil Bhardwaj, made a reference to the fact that customs duties in affluent nations are typically between 1 and 2 percent. “The goal of customs duties should be to encourage the creation of increasing amounts of value in the host nation. Domestic producers will raise prices if exporting raw materials becomes highly costly. 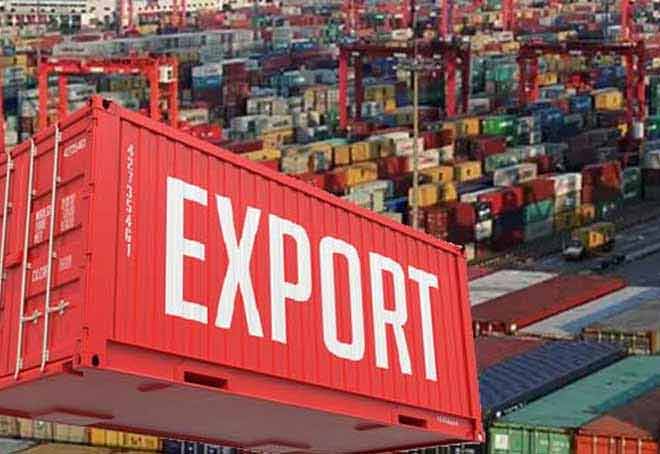 The value addition won’t take place in the host nation at that point; instead, individuals will import finished goods straight away. Many goods that can be produced in India are imported because it is more cost-effective to do so. Make in India is directly at odds with this, he claims.

In addition to these factors, industry experts advise paying close attention to the quality of exported items. “We cannot simply provide a quality product as a sample and be content with that. We must make an effort to maintain quality throughout. The largest corporation in the nation is the government. They ought to consider modernising the purchase process.

They need to provide more incentives for quality. The government may begin by emphasising quality in its own purchases as a starting point. At the moment, we are simply sacrificing quality and exporting slowly. Instilling a culture of quality control should be the goal since it will eventually permeate exports as well, says Agarwal.

Logistics sector’s expectations from the Union Budget for 2023-24

The Indian logistics and supply chain industry has been a vital part of the Indian economy in the Covid era and is still a key factor in enhancing India’s standing as a major economic force. With the recent launch of its National Logistics Policy, which will be widely implemented in 2023, the Indian government has made this one of its key focus areas. A strong and cost-effective logistics and warehousing sector has emerged as a crucial factor in the current global business and economic environment.

A comprehensive approach to the development of the complete supply chain, including warehouses, is necessary to fulfil the goals, even if the main purpose is to reduce logistical costs through effective infrastructure development. And one such essential component of the supply chain for international trade is India’s contract logistics and storage!

The Indian warehousing industry is projected to increase from its current value of INR 1,206.03 billion in 2021 to INR 2,872.10 billion by 2027, growing at a CAGR of 15.64 percent from 2022 to 2027. The warehousing industry is aiming to speed up digital adoption, adopt greener practises that meet international standards, and promote value-added partnerships with the manufacturing industry. These efforts are in line with supportive government policies, such as the “Make in India” and “Digital India” policies for business.

International trade was further challenged by geopolitical upheaval, but India’s logistics and storage industry has become stronger and has a lot of promise. While the Indian government increases its emphasis on infrastructure development and supports Indian exports through a number of programmers, the industry faces a number of challenges that, if resolved during the upcoming union budget, will aid in the sector’s long-term growth and comprehensive development.

Reduction in steel costs: Since 2021, steel prices have risen dramatically due to a global shortage and consequent rise in procurement, which accounts for 30%–40% of the cost of building a warehouse. Despite the pandemic’s many contributing elements, this price increase has had an influence on the warehouse automation business, especially for permanent infrastructure systems, where steel may make up to 83% of the total cost.

The high price of steel is a key barrier for the Indian warehousing sector, raising the cost of digital adoption through automation and lengthening the lead time for building. The development of intelligent and technologically advanced warehouses would be greatly accelerated if the future Union budget could take into account the reduction in steel duty/price for industrial warehouse building.

Better road infrastructure: As part of the National Logistics Policy, the ambitious Gati Shakti plan seeks to build an ecosystem connecting roads and trains from the hinterlands to the ports in coastal India. By 2025, the plan calls for building around 2 lakh km of national highways, including about 6,000 km of 4-6 lane highways in coastal areas, and uniting India’s hitherto separated northeastern regions with 2-4 lane highways that connect different state capitals.

Given that 64% of Indian freight is now transported by road, this is crucial to the industry. Although the programme calls for spending Rs 100 lakh crore on road projects, the sector’s expansion would depend in large part on how well and quickly it is implemented. It is also crucial to keep in mind that an improved road network will aid in decongestant the existing warehousing hubs, lowering rentals, and unlocking better value for the land available for warehousing, in addition to the initiatives proposed to construct dedicated logistic parks closer to the ports. 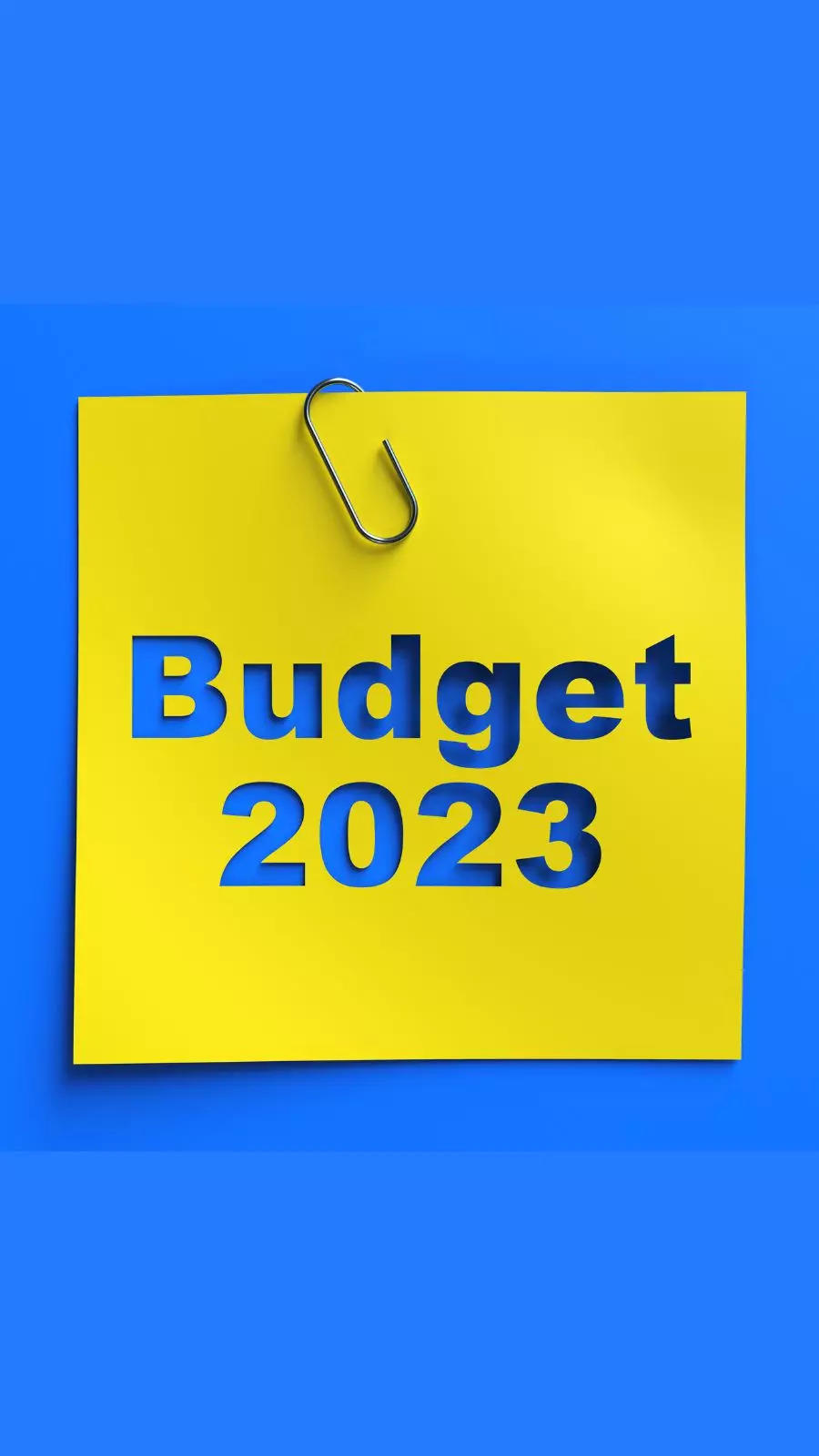 In keeping with this, more capital subsidies for the development of grade-A warehouses in smaller towns and support for P3s for logistic parks with better connectivity to new motorways would ultimately help achieve the goal of lowering freight costs across the country, which are currently very high at 13%-14%, compared to other developed global economies, which are 7%-8% of the GDP. The 2023 budget should put more of an emphasis on facilitating investment in industrial storage, particularly streamlining FDI procedures.

Supporting green warehousing: There is an urgent need to address this at the levels of public policy, industry, and individuals since the transport and logistics sector has been one of the largest contributors to environmental pollution. Government action is now required to ensure fair prices, encourage and support green initiatives, and establish rules and enforce them.

The logistic and warehousing sector will benefit if measures like a reduction in import duties on solar panels to help reduce capex investments and a review of the tax structure and subsidies for environmentally responsible practises are taken into account during the upcoming Union Budget. These measures will not only help the sector reduce its carbon footprint but will also help it align with international business standards and win bigger global mandates.

Subsidies for technology adoption: While the term “technology adoption” became popular during COVID and “smart warehousing” has grown increasingly important, digitisation still requires significant investment. The adoption of tech-enabled solutions would be greatly accelerated on a larger scale by easier and more enticing loans and funding access, especially for the cold storage and specialty warehousing segment. This would improve the effectiveness and operational seamlessness of the whole supply chain. The above-mentioned pre-budget expectations from the sector would go a long way, if taken into consideration, in creating a strong and dependable infrastructure for trade – both domestic and international – in line with the government’s vision of “Atmanirbhar Bharat” and becoming a $5 trillion economy by 2025, the inclusions, and the mission to reduce the overall logistic costs and improve efficiencies.